Supercharged is The Matinee ’21 v. 069 edition, which is bookend by two rollicking numbers. In between, surprises abound from familiar names while newcomers startle with their artistic brilliance.

We’re jump-starting the week with the only way we know – with a propulsive tune that will light a fire under your keister. And of course, it comes from the country that continues to churn out awesome indie-rock bands and remind us that there is still a place for guitar-driven music. Reminds us that artists like Olly Bailey and his project Jaws the Shark can still be stars in this digital and manufactured day and age.

Having arrived on the music scene earlier this year with the grunge-y “Demon Dream”, Bailey and his friend, drummer Elliot Rawson, dial up the intensity on “Loose Change”. Forget arena rock, this song was made for the mammoth Pyramid Stage at Glastonbury. Right from the get-go, the track explodes with a ripping intensity, as Bailey’s ringing guitar sears through Rawson’s thunder. Bailey’s urgent vocal arrives about 20 seconds into the track, and he’s hollering at us to stop feeling sorry for us and get up and get moving. He’s giving us a much-needed kick to the caboose, encouraging us to take control of our lives and change them. We’ve been lying around for far too long and now is the time to awaken. With a song like this, our eyes are wide open. Our outlook on what lies ahead is much more opportunistic.

This awesome single is out on Nice Swan Records. One day, Jaws the Shark will be rocking out on The Pyramid Stage, and it might not be long for this to happen.

Since Will Marsh started his project Gold Connections in the mid-2010s, he, alongside his good friend Will Toledo (a.k.a. Car Seat Headrest), developed a reputation as a ’90s indie-rock revivalist. It was a well-deserved compliment because Marsh captured the spirit of the era with surging anthems and insightful and intelligent songwriting.

Like every great artist, however, Marsh refuses to stay stagnant, choosing instead to evolve. The question is in what direction? He could turn to folk or Americana or make the drastic change to techno and EDM. Fortunately for us, he has opted continue to look towards the past for inspiration. Specifically, he turns to the ’80s and the days when New Order emerged from their Joy Division origins and illuminated the world with their enlightening synth-pop. With this, turn on the strobe effect on your flashlight and get ready to dance to “Confession”.

With his friend Will Evans of Stray Fossa on hi-hat and toms and Marsh sounding like a young Bernard Sumner, the track would sit perfectly in New Order’s Power, Corruption or Brotherhood albums. And it would be one of their centerpieces. It glistens with the innocence and optimism of the mid-’80s, which was a time when the world emerged was a devastating economic downturn. It bursts with statements of hope and revival. Marsh’s lyricism is clever, combining religious notions with contemporary observations regarding the gifts we all have – those are life and each other. And eventually, as he says, “we will meet in the modern era”. That day is coming.

Whoever said that the person from an unheard of village could never become a music star has never met Tiberius b. Their story is more than just a fantasy; it is the product of hard work and perseverance. A self-taught musician who started strumming the guitar after it was lent to them as a teenager, the native British Columbian packed their bags and headed to London. There, their art blossomed. Now Tiberius b finds themselves on the roster of Mark Ronson’s Zelig Records, and this is a really “Big Deal”, which happens to be the name of their newest single.

This mi-fi indie-rock number is made for the intimate clubs and cafés where artists like Tiberius b hone their craft and excel. Its melody is dreamy and warm yet gritty with an urgency percolating below the surface. As heads nod in time to the probing rhythms, minds get lost in Tiberius b’s hovering guitar line and their oscillating vocal, which moves from soft and intoxicating, to innocent and nonchalant, to deep and perplexed. The varied approach reflects the emotions they feeling, where they contemplate whether they should allow themself to love another and fall down that great rabbit hole.

Fall in love people shall with Tiberius b when their new EP, Stains, is out June 25th. Pre-order it on Bandcamp.

Two years ago, four young Londoners announced their arrival as Khartoum, which resulted in some prime coverage on the BBC and the Independent. The initial interest in the band was centered on front-man Oscar Dunbar’s lineage – he’s the grandson of legendary British singer and actress Marianne Faithfull. This little fact, however, should not distract from the band’s overall talent. Scarlett, Oscar, Jake, and Cam have the goods to be the next great UK rock band. What will accelerate their path to indie stardom is that the foursome are versatile, where they can deliver anthemic modern rockers or channel the past and the great era of ’90s rock as they do on “Vultures”.

The track possesses the same attitude and energy of the legendary alt-rock outfit, Garbage. As Dunbar’s bandmates deliver an off-kilter, gritty groove, he sings about the scavengers that constantly circle us and patiently wait for our demise, so they can feast on our souls. This never-ending battle is part of a larger war, which Dunbar illustrates in the song’s opening refrain. But then it becomes a staring constant, a game of who will blink and submit first. A game that many lose, but maybe with Khartoum we can avoid turning into carrion and take on the preying vultures.

Plenty of artists and bands have a signature quality. U2’s sound revolves around The Edge’s delayed guitar approach. Tame Impala is sure to make our heads spin with Kevin Parker’s varied take on neo-psychedelia. Courtney Barnett will deliver fantastic stories via a rock anthem. Singer-songwriter Linn Koch-Emmery, meanwhile, will deliver uplifting, cathartic guitar-pop. She’s been doing this since the mid-2010s, which is why she’s become a favorite within the Swedish indie scene and in these parts, too. This past Friday, her long-awaited debut alum, Being the girl, was released, and it is filled with stupendous chest-swellers, such as “Blow My Mind” and “Hard to Love”. The one song, however, that is quintessential Koch-Emmery is “Dirty Words”.

Step outside, strap on the headphones, and allow this single to energize and liberate you from those who bring you down. As the percolating electric drums and beats, the chiming synths, and the catchy guitar riff swirl in the air to create a vibrant melody, Koch-Emmery sings about trying to release herself from the grips of another. She is trying to free herself from an abusive relationship, but like many women in her position finds it difficult to do so. The power he has over her is poignantly captured on the song’s final stanza:

The young woman is a name to know, and hopefully her global breakout is on the horizon.

At a time when synth-pop was an afterthought, Brooklyn-based trio Caveman, along with Future Islands, kept it afloat. The genre is now experiencing a reawakening, and Matthew Iwanusa (vocals), Sam Hopkins (synths), and Jimmy Carbonetti (guitar) are deservedly being recognized as one of the genre’s great bands. They’re not, however, the prototypical synth-pop group in that their approach isn’t cemented in the past. Rather, they represent its future, trending towards the bold and cinematic, as they showcased on “Helpless”. Even when they slow things down, like they do on “Like Me”, they can still move people.

“Like Me” is spellbinding and beautiful. It is minimalist at first, featuring just keys and a light touch of synth. Iwanusa’s emotive vocal takes center stage. With his mind lost inside a single memory, he repeats, “She’s just like me”. He cannot get the imagine of someone dear off his mind. Then the song erupts into a wondrous array of sonic colors. Iwanusa’s attention shifts from that of an individual to a place – a place he once called home. But instead of getting closer, he grows more distant. He’s backing away or is falling deeper into despair. Or maybe his life has ended, and he’s fading into the great unknown. He’s fading out of memory. Sounds like the storyline to a great movie.

Soon we’ll be able to freely travel around the world. Well, it might still be a solid year or two before this happens, so we’ll have to live vicariously through others’ adventures and imagine what it is like to visit new countries and cities. For this tune, we latch ourselves on to French psychedelic dream-pop outfit Tapeworms‘ trip to Japan as heard on “Magic Pierrot”.

For those who have visited the Land of the Rising Sun, the song echoes the buzzing, whimsical, automated, yet immensely fun electro-pop coming from the country. It also mimics the experience of the sensory overload one experiences when venturing on to the streets of Shinjuku, Shibuya, Akihabara, or any of Tokyo’s districts. The bubbling synths, the bopping rhythms, the Commodore 64-like effects, and the herky-jerky energy represent Japan in all its glory. This trip is a little weird, at times it feels like we’ve entered a state of psychosis, yet this place is full of awe and delight. This song is full of dreamy, wacky, and wonderful brilliance, and it’s the pick-me-up we need to start the week.

Tapeworms are Margot Magnières and brothers Théo and Elliot Poyer. The single is out on Howlin’ Banana Records.

Speaking of adventures, it’s time to go further afield and into the dark, lonely forests of northern Europe. It’s time to enter a place where minds start playing tricks on their owners and hallucinations seem all to real. This place also exists in a distant time, where even before humanity existed. This is where Texas psych-rock outfit Picnic Lightning take us on “Pre-Pangea”.

Pangea was once a super continent which existed some 335 million years ago and comprised all seven continents. Thomas Ketchersid (vocals, guitar), Cole Watkins (guitar, vocals), John Cope (bass, vocals), and Cameron Navarro (drums, vocals) send us back to the exact moment when Pangea was formed and the biggest eruptions were caused by the massive shifts of the Earth’s plates. The band brilliantly replicate what that moment would have been liked with the fiery, explosive guitar riffs and the surging rhythms. Ketchersid’s vocal is similarly intense, as he embodies one of the seven continents. He sings:

“Pre-Pangaea, before the split,
You and I must have collided, oh shit!
Strange formations, new bodies boiling,
Fault lines crumble, we almost fit like a puzzle!” 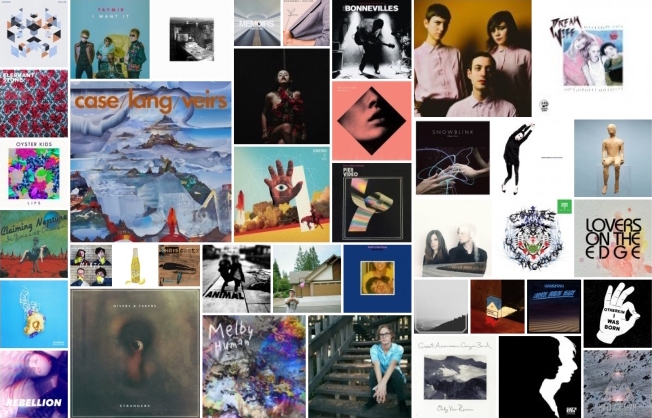