The Matinee ’21 v. 074 is a delight for those who love great storytelling and songwriting with every single one of the eight songs telling powerful, humorous, or insightful tales. Forget watching Netflix, Amazon Prime, Apple TV, or HBO Max, the mini-playlist is all the entertainment you need.

One of the most exciting bands this year are Veps. The quartet of Laura Dodson (guitar), June K. Urholt (bass), Maja B. Berge (drums), and Helena Olasveengen (keys) are barely out of high school, yet they’re creating music that is intelligent, thoughtful, and powerfully emotional. They are a ’90s band stuck in 2021, but their arrival might spark a resurrection of the last great musical movement. Their previous single, “Ecstasy”, was a throbbing, hypnotic affair. On “Girl on TV”, they slow the pace down a touch without sacrificing the power of their music.

Nothing is rushed and there isn’t a hair-raising, wall-shaking moment on this slow-burning number. And yet, the foursome still deliver a track that shakes you to the core with its raw emotion, gritty textures, and a story of vulnerability and insecurity. Dodson and Olasveengen tell the story of a young woman who “wishes she could turn someone new” and “be someone else instead”, as she copes with social pressures to fit in. She also battles the negative thoughts that preside in her mind, leading her to perceive herself as unworthy and unattractive. Her nights are filled with bouts of crying interspersed with dreaming about being someone else, like the girl she sees on TV.

Simply a brilliant and timely song from a band who could end up being Norway’s biggest rock export.

Veps’ new EP, Open the Door, is out digitally June 11th and on vinyl September 3rd via Kanine Records. Pre-order and pre-save it here.

We’ve said it before and we’ll say it again, Curtis Harding is one of America’s most underrated artists. He is also one of the most fearless and most important singer-songwriters to arrive in the past decade, as he tackles difficult issues head-on. Harding is to contemporary music what Marvin Gaye, Al Green, and Sam Cooke were for music from the ’50s to mid-’80s – an activist, an inspiration, and a courageous patriot. The Atlanta resident demonstrates why we and tens of thousands of others hold him in extremely high regard with “Hopeful”.

The song is soulful blues-rock right from the early-’70s. It blasts with the urgency of that era, at which time the civil rights movement was at its peak. This number, in other words, is meant for action. If the blustery horns or the searing, blues guitar solo aren’t motivating enough, then Harding’s lyrics will. His songwriting is sharp yet unexpectedly optimistic. He tells us that despite the reign of chaos that has gripped America for half-a-decade, there is still hope for better days. There are still plenty of reasons to live on and fight.

This outstanding single from an incomparable artist is out now via Anti-.

In the nearly six years we’ve been covering Eliza Shaddad resulting in over 20 features, we’ve run out of superlatives to describe her bold yet immersive music. The London-based singer-songwriter has time and time again left us in a state of awe and amazement. Her 2016 single, “Run”, remains one of the most incredible songs we’ve ever heard. She has come close to replicating the power of that track on several occasions, but she hits the mark with her latest single.

“Now You’re Alone” is a beautifully mournful and vulnerable piece of cinematic folk-rock. It is jaw-dropping stunning and powerful, as the song gradually builds from its solitary confines into a surging storm of crippling, soaring emotion. Through the trembling arrangement, Shaddad’s mesmerizing voice emerges, adding thunder to the lightning of the shimmering guitar and the wailing strings. She hollers out an apology into the deep abyss, sorry for leaving one behind. Sorry for not being there when someone needed her most.

“I’m sorry I didn’t pick up, I swear that I was on my own
I didn’t mean to freak you out
Yeah I just needed a little unknown
I tried to warn you

The gorgeous video for the song is worth watching over on YouTube.

“Now You’re Alone” along with “Blossom” and  “Heaven” are taken from Shaddad’s forthcoming, new album, The Woman You Want. It drops July 16th. Pre-orders for are available here and directly on Bandcamp.

One thing that makes Faye Webster stand out among today’s singer-songwriters is her wit. It’s something she’s well aware of. She’s even titled her upcoming record I Know I’m Funny haha. Her humor and demeanor, as well as her passion for yo-yos and Nintendo, show that she doesn’t take these things too seriously, and it shows as her music connects on a honest and personal level.

On the title track of her upcoming record, “I Know I’m Funny haha”, Webster also shows why she’s one of the best at creating atmosphere on her songs. “I Know I’m Funny haha” is a fairly laid-back song with a perfect combination of pedal steel and strummed guitar chords.  It’s a great backbone for Webster’s voice to tell her story in a way that’s barely more than spoken-word. It allows the wit and conversational style of her lyrics shine through. Webster sings of fairly mundane things, from getting a deposit back from a landlord to starting a band and her partner having the same bass as the guy from Linkin Park. Those little observations and comments are what makes this song so engaging.

A little more than a week ago, LA-based outfit Winnetka Bowling League released “barcelona”, and we somehow missed it. But better late than never as we often like to say in these parts, and there’s never a bad time to share a song that makes you feel refreshed and alive.

While the band has been known to create soaring indie-pop anthems, they take a step back and opt for a synth-pop tune that shimmers like a disco ball in the darkness. That’s not the only thing different on this track, as guest Sasha Sloan assumes lead vocals. Her stirring voice provides the perfect contrast to front-man Matthew Koma. The pair look back on a relationship they figuratively once shared, and they reveal they have no hard feelings towards each other. The song instead is the acknowledgement of two people that it is time to go their separate ways. They realize that their relationship wasn’t meant to last forever, but it doesn’t mean it was all bad.

Even with just a short EP, some singles, and a handful of collaborations released, anyone who’s listened to Merpire knows there’s something special brewing. The project of Rhiannon Atkinson-Howatt combines a lot of things that make so many of today’s alt and indie acts so great. “Dinosaur” had some parts that feel like they could be off a Speedy Ortiz record as easily as others could be from a Julia Jacklin record.

On her latest single, “Village”, Merpire has created yet another captivating and enthralling track. It’s a slow build, with Atkinson-Howatt’s voice and drums driving the song’s early moments with just a taste of guitar and bass. It breaks down a bit and goes to just her voice and guitar in a stunning, calm moment before it kicks into overdrive. Atkinson-Howatt repeats, “It takes a village to love you“, as that clean guitar turns distorted. The second time around it gets even louder, and the track soars into a huge moment with guitar roaring as the lyrics are turned around, “It takes a village to love me“. After it all comes crashing down, it comes back to those early moments, punctuating the ride Merpire just took the listener on.

Madeline Link and her project PACKS has really broken out as one of the year’s most intriguing artists to watch. Her story is becoming more well-known (lived in Mexico, was in a band with her sister, moved back to Ottawa during the pandemic to hole up in her parents’ house) and is the stuff written for a made-for-TV movie. But instead of becoming a princess, Link has turned into one of the year’s and her generation’s slacker-rock / grunge icons. With her previous singles, “New TV” and “Silvertongue”, she found a sweet spot for creating songs that represented the angst of a young people everywhere. Link and PACKS continue that vibe with their latest single, “Hold My Hand”.

Clocking in at just under a minute and a half, Link tells a quick story over sludgy guitar and perfectly lo-fi drums. It’s a tale of a bunch of things gone wrong: money lost, an injury or two, hearing a crappy band, and trying to find comfort in a lover who’s three thousand miles away and begging to hold their hand. It’s a relatable statement for anyone who has had to balance distance in a relationship, especially these days where the world has become so connected yet socially distant. take the cake was written between two worlds, a pre-pandemic Toronto as well as a mid-lockdown Ottawa, and this one feels like it’s right in the middle of that transition.

take the cake is out this Friday, May 21st on Royal Mountain Records and Fire Talk Records. Pre-orders and pre-saves are available here and directly on Bandcamp.

The song may be “Untitled”, but we will just call it a spectacular slice of heavenly shoegaze. The track was previously unreleased and didn’t make the cut for JAWS‘ 2019’s album, The Ceiling. We aren’t exactly sure why as the harmonies are extraordinarily blissful and reminds a bit of their easy-going earlier days from their debut album, Be Slowly. It’s a very nice surprise as there has not been any new music from JAWS in the past two years.

Frontman Connor Schofield explains a bit about their newest release:

“The Track ‘Untitled’ was recorded for our last album, The Ceiling, but just didn’t make the final track listing.  It’s a track I’ve always loved, it reminds me a lot of our earlier stuff and I guess it’s a nod to that.”

The single is also being released to celebrate an upcoming photo book from the band that will be out May 28th.  The photos chronicle their 2019 tour in support of The Ceiling shot by close friend Peter Lally. 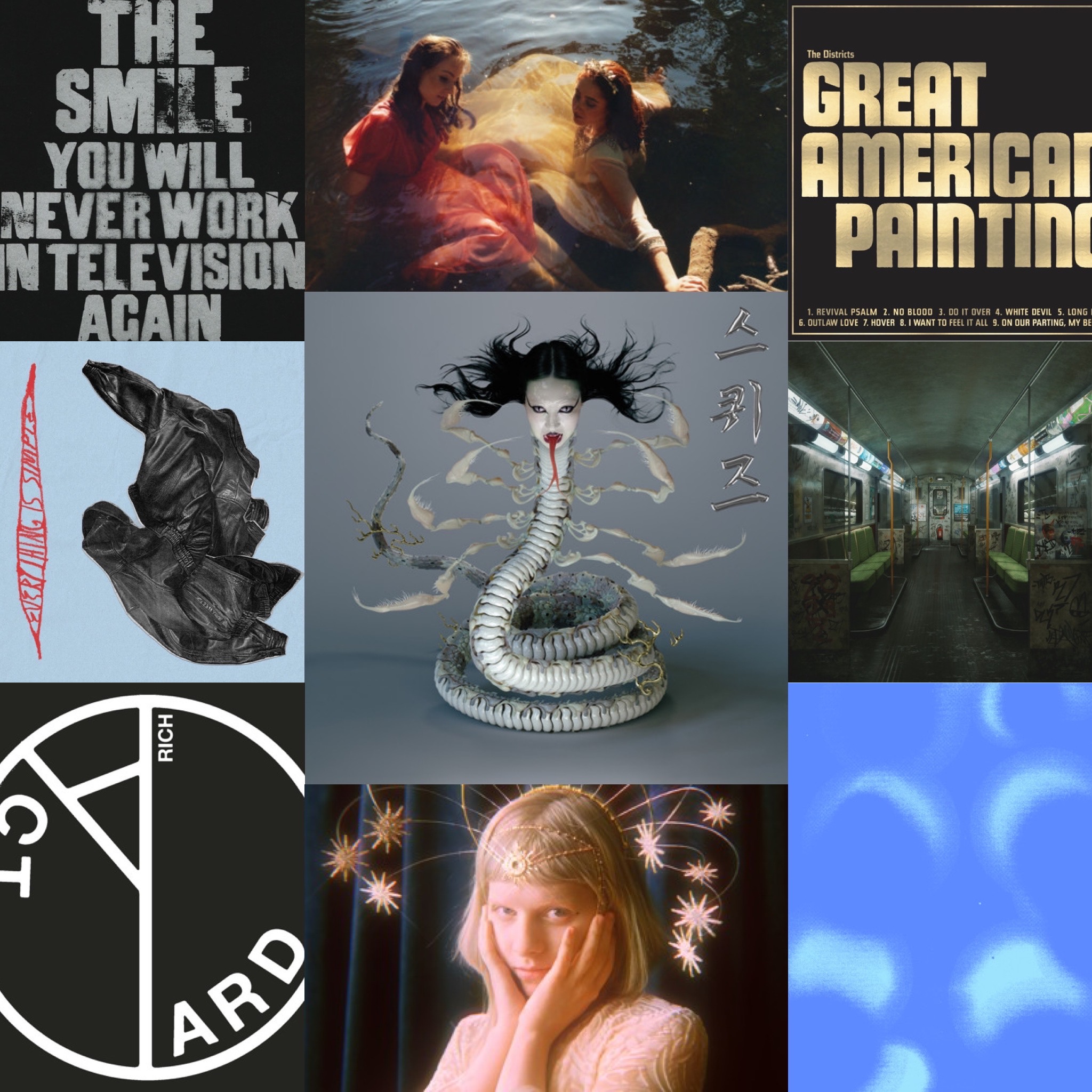 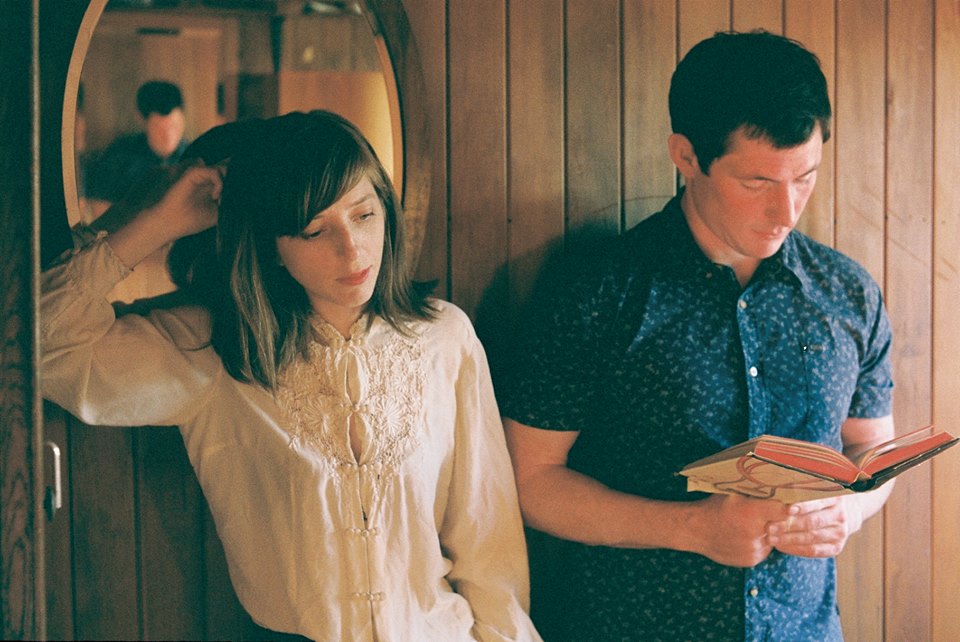