The Matinee ’21 v. 101 is filled with splendour, wonder, energy, mystery, and in some cases all of the above. Familiar names occupy most of the mini-playlist, but a newcomer anchors the selection with one of the year’s most outstanding songs.

Lala Lala’s 2018 record, The Lamb, was an undeniable breakout record. With songs like “Destroyer”, The Lamb received countless favorable reviews from all over, including ourselves. The Lamb wasn’t just a great album, it was one of 2018’s best, and the record helped catapult Lillie West into roles opening for Death Cab For Cutie, Conor Oberst, and Phoebe Bridgers, and collaborating with WHY?. Three years later, she returns exactly where she left off.

Coming in October, West has announced that her new album, I Want The Door To Open, will be revealed. Accompanied with that announcement is the sublime “DIVER”.  The song is everything that made The Lamb a great record. West’s lyrics are as honest and dreamlike as ever. Her dynamic voice combined with production makes everything sound even more pristine. Despite the stunning approach, the story is devastating in its impact.

This contrast is what makes Lala Lala. It’s what makes West one of the most exciting artists to arrive in the past half-decade.

I Want To Open The Door will be released October 8th on Hardly Art. You can pre-order it here. It promises to be a collaborative affair, featuring contributions from Ben Gibbard, Nnamdi Ogbonnaya, Meg Duffy, Sen Motimoto, Christian Lee Hutson and many more.

Durand Jones & The Indications – “The Way That I Do” (feat. Aaron Frazer) (Bloomington, IN, USA)

Bands that get more than a million stream of a song before the album drops are expected to party. Durand Jones & The Indications reached this milestone with the sizzling “Witchoo” from their upcoming third LP, Private Space. Those scorching riffs got listeners dancing; now the disco fever rages on with their new single.

“The Way That I Do” revives the best of the ‘70s (no, not double-knit polyester leisure suits) with infectious, crowd-pleasing grooves. Once again Aaron Frazer lets his otherworldly vocals transport listeners to a bygone era. Let the hypnotic bass line quicken your pulse as the lyrics awaken your passions:

This ode to love’s healing powers is already high on our Songs of the Year list. It shouldn’t take long for this reach its own million Spotify streams.

When we listed Lizzie Hillesdon and her project Pixey as one of our Artists to Watch in 2021, it was an easy decision. The young Liverpudlian creates pop music that is fresh, vibrant, and rewarding. In March, her new EP, Free to Live in Colour, was the perfect soundtrack for a pandemic world, as the energy that exuded from every song added light to the dark days. As life kind of returns to “normal”, she’s released a song the reminds us that better days are to come.

Buzzing with the pop pageantry of S Club and the dancehall flairs of MARINA, “Sunshine State” is made for these celebratory summer nights with friends. It is made for people to come together and dance like it is the first day of a new chapter in our lives. It’s not just in the swirling psych-tinged wave of scintillating noise where the positivity radiates. As usual, Hillesdon crafts a message that inspires all.

The single is out on Chess Club Records. If you need some inspiration to get moving, then let Hillesdon be your guide as she cuts a few moves in the music video.

We stay on the dance floor with this next tune. Yeah, we don’t normally share electronic nor dance-funk tunes very often, but Australian-born poet, singer-songwriter, DJ, and model Rhyme and Japanese producer and musician Shinichi Osawa (a.k.a. MONDO GROSSO) – who are RHYME SO – are not your ordinary duo. Their music is unabashedly catchy and electrifying, but the stories and messages they share are witty and poignant. A year ago, they shared the ’80s disco-pop anthem, “Fashion Blogger”, which was a critique on consumerism and people’s obsession to be hip. For their latest tune, they address more current challenges with “POSEABLE”.

Imagine Madonna’s iconic single “Vogue” and dial up the energy 20 times, and this is what “POSEABLE” is. The song is one made to move. There’s no way anyone should be sitting for this one. Instead, you’ll be busting out your best dance moves, break-dancing, or at the very least bopping around and jerking your limbs in various directions. If you’re not, as the duo sing, “My grandma is going to send you home”. Their message, though, isn’t just about the laziness of people. Instead, they call out people for being apathetic and being more concerned about frivolous things like Instagram likes and TikTok followers. They are criticizing the posers and the apathetic for not taking a stand on important issues. As the world burns, people seek self-indulgence as “American intelligence downgraded”.

The single is out on 88INFINITY. Watch the fun, posing video on YouTube.

Sam Himself – “What It’s Worth” (Brooklyn, USA via Basel, Switzerland)

We are big fans of Sam Himself, the project of Samuel Koechlin. From the first time we heard him on “Nobody” to follow-up singles in “Nothing Like the Night”, “Cry”, and “Slow Drugs”, we always created the time to hear his booming baritone and cinematic interpretation of indie music. Often times, his songs reminded us of The National and Matt Berninger’s solo project, from the epic nature of the arrangement to the splendid stories he told. For his latest single, he heads towards the intimate and engaging synth-pop that Future Islands have reinvigorated, and, in the process, he’s created yet another memorable tune.

“What It’s Worth” is another stunner. With the soft synths and the light rhythmic pulses, the song is like being wrapped up in your favorite blanket. It is warm, comforting, tender, and embracing. To make the experience even better, wrap that blanket around your partner and let Koechlin express the words you didn’t know how to say. His little tale, after all, is about the bonds that define us today and well into the future.

The song is from Koechlin’s long-awaited and aptly-titled debut album, Power Ballads. It is expected in October.

To be ordinary is to be a chameleon: musical artists who blend in with their peers rarely receive critical attention. This has never been an issue for Xenia Rubinos, the rising star with a sound so fresh it defies genre labels. Her latest single is a shining example of why her originality should be praised. Once again she wows listeners with a bold fusion of Caribbean-inspired soul, hip-hop, R&B, and jazz. Sprinkle in a dash of punk energy with modern pop hooks and you catch a glimpse of what makes “Working All the Time” so irresistible.

Part of the allure is her vocal power. Rubinos wields her voice like a weapon, alternating between charming and defiant. She channels Beyoncé in the effervescent intro where every note is a glossy-lipped kiss. Then she shifts her tone with the first of several record-scratch moments. For a song that’s barely more than two minutes in length, Rubinos delivers the goods in a big way.

We have been singing her praises since 2013 when the Brooklyn-based artist released her debut album. Her upcoming LP, UNA ROSA, should get more new listeners hopping on her bandwagon.

UNA ROSA is due October 15th via Anti with pre-orders here and directly from Bandcamp.

A year ago, Josaleigh Pollett quietly released one of the year’s most stunning records, No Woman Is The Sea. It was a perfect follow-up to 2017’s Strangers, which felt like Pollett gaining footing and really developing her own style as a songwriter and performer. No Woman Is The Sea built on that foundation with a more varied sound, and even more personal lyrics and storytelling.

This week, Pollett shared a music video for the first track off of No Woman Is The Sea, “Fodder”. The track itself is everything that makes Pollett such an wonderful artist. Greeted by some charming electronics, Pollet builds on it with gorgeous harmonies, and a perfect layer of reverbed guitar.  Lyrically, both “Fodder” and No Woman Is The Sea was influenced by Pollett’s divorce, and the emotions and humbling feelings that experience brought.

“You’re just being honest, but whose truth are you singing?
You are just fodder for another sad song
You are just tinder for a fire that keeps burning
Thought I could love you, I was wrong”

The music video for “Fodder” was created by Nurture the Creative Mind, an Ogden, Utah-based organization that according to their website, “empowers and establishes self value in youth through creativity, while developing marketable skills.” It’s an example of how Pollett has become an important part of her community. That can also be seen on the recently released Letting Strangers In documentary that follows the making of Strangers.

The Mysterines – “In My Head” (Liverpool, England)

RIYL: Torres, Warpaint, Death From Above 1979

On their two EPs, The Mysterines rock undeniably hard. With a varied attack with all things loud in rock and roll, the band bounces from straight up punk-rock to fuzz rockers to big indie anthems. Lia Metcalfe’s booming voice and blistering guitar work set the tone for the band’s sound. Add to it the rumbling rhythm section of bassist George Favager and drummer Paul Crilly as well as the added guitar of Callum Thompson, they have all the ingredients for some tasty rock music.

On their latest single, The Mysterines blend even more styles to create “In My Head”.  A vocal delivery with a sinister edge sings over distorted guitar, creating a feeling darker than anything the band has done before. Pounding drums drive the song forth with haunting harmonies. Lyrically, “In My Head” sounds like a love song, but in context it’s something much more complex. Metcalfe describes the song as being “about how sometimes life can feel like you’re being haunted by something out of your control.”

“In My Head” is out now and their debut LP, produced by Catherine Marks (Wolf Alice, Foals, The Killers), is on the way via Fiction Records.

When was the last time a new artist stunned you into a slack-jawed stupor? Has it been a while since an emerging singer’s vocals sent chills down your spine? If so, allow us to introduce you to a future star need Luca Wilding. He makes a stunning first impression on this single from his upcoming debut album.

“Book of Fate” is pure dream-folk perfection that will take your breath away. The range of emotion Wilding conveys – bittersweet yearning and stoic forbearance – are typically found only in artists of a certain age. Perhaps this is an old soul in a young singer’s form. There is much to swoon over here, especially in Wilding’s ethereal tones. The comparisons to Sufjan Stevens are inevitable as both artists lay their hearts bare with their melancholy delivery. Wilding also shares a similar gift for vivid imagery, as these lyrics attest:

Luca Wilding succeeds at reaching listeners on a personal level. Every verse of this song offers gentle reminders that it is possible to heal from hurts. Repeated listens amplify that message and offer hope through solidarity. If this song is any indication, Wilding will soon be known as a leading voice of his generation.

“Book of Fate” is streaming from these links. His new EP, Book of Fate, is out later this year via Abbey Records. 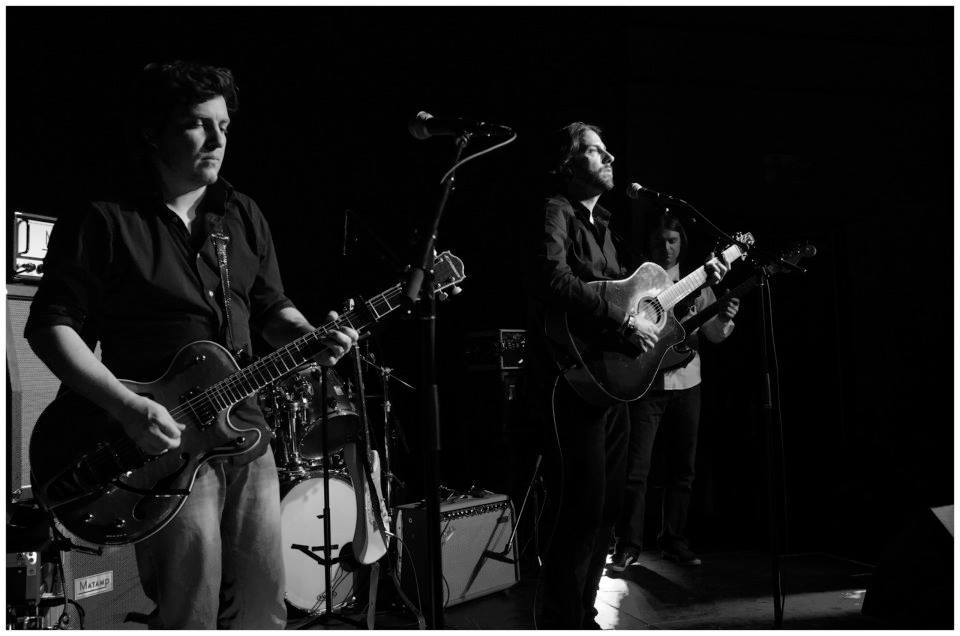 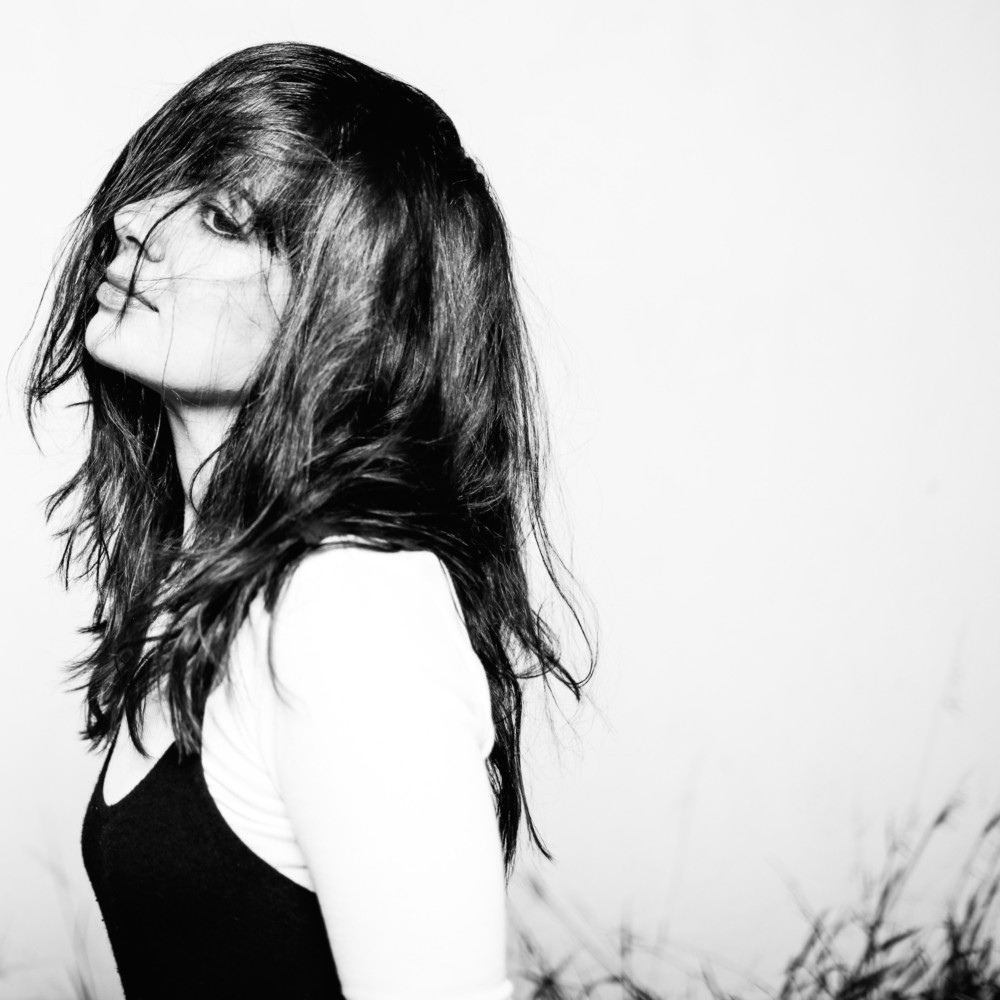