The Matinee ’21 v. 105 is the place to discover new music from the yet-to-be-discovered gems to rising stars to a mega-collaboration. The nine featured songs will dazzle, provoke, and awe.

For more great new music, check out our Songs of July 2021 playlists on SoundCloud and Spotify.

Lorde might be stealing headlines, but the multi-Grammy Award winner isn’t the only game in New Zealand. Heck, she’s not even the best in our humble opinions. Several Kiwi artists and bands are creating music that goes beyond mesmerizing, such as Womb, and inventive, in the case of Anthonie Tonnon. Then there is the music of Annemarie Duff’s project, T. G. Shand, which rekindles the blustery dreaminess of ‘90s shoegaze. While the Christchurch-based singer-songwriter is essentially a one-person band, she’s crafting songs that could be right out of Lush’s Split or Slowdive’s Souvlaki. Or in the case with “Lemony”, she’s written the perfect centerpiece for Cocteau Twins’ Heaven or Las Vegas.

A gorgeous, reverb-drenched guitar immediately fills the air, welcoming us to an exotic, tropical island that sits high in the clouds. The air is sweet and invigorating, and streaming through it is Duff’s whispery and elegant voice. Through each guitar chime and rhythmic pulse, she sings about a liberating life.

Duff’s music can be found on Bandcamp. Support this hidden gem from Aotearoa.

In their short four years as a band, Tropical Fuck Storm have emerged as an Aussie favorite for their creative, multi-genre songs and rambunctious live shows. The quartet are unpredictable, where they could spin an adrenaline-gushing rocker or channel their inner Nick Cave, like they did with “Legal Ghost”. With a name like Tropical Fuck Storm, what else would one expect? They continue to keep fans guessing with the clever “New Romeo Agent”.

More melodic and low-key then their previous offerings, “New Romeo Agent” is a brilliant mélange of French film-noir, minimalist psych-rock, and dark-pop. The result is a song that is haunting, alluring, and full of mystery. It is music turned into art, where you each note and lyric paints a picture in your mind. In this case, they tell the classic tale of love versus hate, companionship in the face of conflict. What will the song’s protagonist choose? What would we choose?

“We gotta put some space behind us
Or else end up like the others
Shake on things that should define us:
Love in a world without a summer
Oh, will you be my island?
Smooth the edge that divides us?
Choose romance over violence?
I can’t make it alone
In spite of what I have shown”

Every time we hear a song from SPACEFACE, we mistakenly think they’re from Australia. And that’s a major compliment because the land Down Under features arguably the best disco-psych bands on the planet. Could you imagine a tour that included Tame Impala, POND, and Jake Ingalls, Matthew Strong, Eric Martin, “Big Red” Daniel Quinlan, and Katie Pierce? That would be a non-stop, four-hour, hallucinating dance party. The event would probably kick off with “Piña Collider”.

Given the intro to this song, we highly recommend you limber up and find some space because this song will make you move. It is the quintessential song to play on any dance floor, whether that’s in your parents’ basement, Paris’ Badaboum, or on a future Blue Origin expedition to the moon. It’s funky, it’s trippy, and it’s one awesome time. The lyrics, too, are playful, as the quintet provide the recipe for a good time.

The single is out on Believe Music and Mothland.

When Ashley Webber – a.k.a. Ashley Shadow – shared “For Love” last month, which marked her first new music in more than five years, we had a feeling that a new album was coming. Sure enough, she announced the other day that her sophomore album, Only the End, will be released September 24th via Felte Records. To say we were ecstatic by the news would be an understatement because we’ve long been bullish about Webber’s potential, especially after she released her incredible self-titled debut in 2016. While she took an extended hiatus, she remained active and highly respected in the music scene, which explains why Bonnie Prince Billy is featured on Ashley Shadow’s newest single.

“Don’t Slow Me Down” is the perfect melodic tonic to end the work week. It is a tranquil piece of heavenly country-folk, where the simple arrangement, highlighted by a wonderful steel guitar, allows Webber’s and BPB’s voices to be the stars. The chemistry between the two is equivalent to Dolly Parton and Kenny Rogers, Gillian Welch and David Rawlings, and Sonny Bono and Cher. While most duets center around love, “Don’t Slow Me Down” is built around a memory and what lies ahead. It is a song about our past, our present, and our future.

September 24th cannot come soon enough. Pre-order Only the End on Bandcamp. It should be one of the year’s very best.

RIYL: Mogwai, My Bloody Valentine, Dungen, Explosions in the Sky

Epic and thunderous: those terms can always be applied to the music of post-rock masters MONO. For more than 20 years the Japanese band have created sonic magic so potent it leaves listeners in awe. Hearing those songs performed in person often leaves listeners in tears. One spin of their latest track proves the Tokyo-based instrumentalists are masters of their genre.

Don’t be fooled by the hushed intro of  “Riptide”: the band unleash their trademark fury soon enough. If you listen with eyes closed, you won’t know when that tsunami of sound arrives. But once it does, your body will stunned on impact. Waves of reverb-drenched guitar churn as the roaring percussion blasts like a peace offering to Poseidon. You might wonder what has angered the god of the sea and storms to produce such unrelenting sonic penance. Four minutes into the maelstrom a calm arrives, suggesting the offering was accepted. “Riptide” will have you feeling storm-tossed but eager to repeat the process.

The band’s upcoming 11th studio album, Pilgrimage of the Soul, will be one of the year’s most cathartic listening experiences. Many experimental post-rock bands exist, but none can match the profound excellence of MONO.

Pilgrimage of the Soul is due September 17th via Temporary Residence Ltd. with pre-orders here or Bandcamp.

Jackson+Sellers – “The Devil Is an Angel” (Nashville, USA)

Brace yourself for a dose of guitar-driven badassery courtesy of red-hot duo Jackson+Sellers. On their debut single “The Devil Is An Angel”, this emerging band serves up scorching licks, irresistible hooks, and the fiercest attitude outside of a punk mosh pit. Get to know Jade Jackson and Aubrie Sellers now, because talent like theirs is destined for packed arenas not tiny indie venues.

The pair met at Nashville’s Americanafest in 2019, not realizing the next year would provide plenty of time for songwriting. The two drew upon their vast influences while recording their debut album, Breaking Point. Elements of rock and country ripple through each chord, giving this song its music foundation. But the sizzle comes from their commanding vocals as they belt out lyrics about a bad news pre-gret interaction. We’ve all had those moments when someone so enticing crosses our path that we ignore the neon warning signs. They conjure this scenario with a puckered lips and a wink:

“You got one hand on my shoulder
You keep one behind your back
I’m gonna need some identification, baby, before I let you unpack…

Well you coo just like a baby
Make me wanna let you in
You seem sincere, but if I trust you, dear, will I ever see my soul again?”

Jackson+Sellers deliver a whiskey-smooth jolt of southern fire on this tune, so add it to your summer playlist immediately.

Breaking Point arrives October 22nd via ANTI-. Pre-order/pre-save it from these links or directly from Bandcamp.

We admire young bands who choose to be independent despite the advantages they may have. Take London-based outfit Khartoum, whose frontman, Oscar Dunbar, is the grandson of legendary British singer and actress Marianne Faithfull. He along with bandmates Scarlett, Jake, and Cam could sign with a major label and create cookie-cutter, self-indulgent pop-rock tunes. Instead they are forging their own path and writing meaningful songs, as they do on “Benny”.

While the smooth, rhythmic grooves and surging guitars strike a radio-friendly tone, Dunbar’s lyrics are the highlights. He tells the story of a cyber-based couple – Benny, who is stuck in a mundane life, and Alice, who lives an empty life as a beauty queen. Together they find not just love but life, though their time together is often interrupted. This is because their lives are not their own. They exist because they are the creation of other people, actual humans who live vicariously through these characters. Benny and Alice, in other words, are symbols of our subconscious. Purely a brilliant concept and song.

Khartoum’s debut EP, Vultures, will be released August 20th via Young Poet Records. Watch the video for the song to “Benny” on YouTube. It’s well worth it.

Indigo De Souza might only be in her early 20s, but the Asheville-based singer-songwriter combines the maturity of a veteran artist with the creativity and energy of a youthful person. Her 2018 debut, I Love My Mom, for instance, was raw yet poignant and emotional. Her sophomore album, Any Shape You Take, sees the young artist look more outward. On the the dream-like whirlwind “Kill Me”, she sang about the lingering effects love can have on everyone. But on her newest single she goes in the opposite direction and offers one of the year’s most uplifting anthems.

“Hold U” is a celebration of who we are. It is, as the title of De Souza’s forthcoming album says, a celebration of the diversity that makes our world so great. The sultry and funky pop soundscape is simultaneously soothing and energizing. One cannot help but smile and get lost inside the arrangement. De Souza’s lyrics, though, are what inspires, and they should be plastered on every wall of every institution:

“You are a good thing, I’ve noticed, I’ve seen it
And I want the best things for you
I am a good thing and I promise you got me
And I would go anywhere with you”

Any Shape You Take is out August 27th on Saddle Creek Records. Pre-orders and pre-saves are available at these links.

The term “supergroup” fits certain collaborations. When indie rock meets folk and pop, you get projects like Traveling Wilburys and Monsters of Folk. But when a festival lineup’s amount of musicians join on a album, you need to rethink the terminology. This is the case with the sophomore album from Big Red Machine due for release next month. How Long You Do Think It’s Going to Last features the core roster (Bon Iver’s Justin Vernon and The National’s Aaron Dessner) with support from Taylor Swift, Sharon Van Etten, Fleet Foxes, Lisa Hannigan, and more.

“Phoenix”, the album’s fourth released single, is a group effort co-written by Robin Pecknold (Fleet Foxes) and Anaïs Mitchell (Bonny Light Horseman). If ever an instant classic tune was penned, it’s this one. With verses meant for a singalong and choruses that soar with Justin Vernon’s breezy falsetto, “Phoenix” is sure to be a crowd-pleaser at Newport Folk Festival where artists are known for surprise on-stage collaborations. These lines will have listeners swaying along and falling in love with everything good in life:

Kudos to Big Red Machine for changing the shapes of hearts one song at a time.

How Long Do You Think It’s Gonna Last arrives August 27th courtesy of Jagjaguwar. Pre-orders are available from these links and Bandcamp. 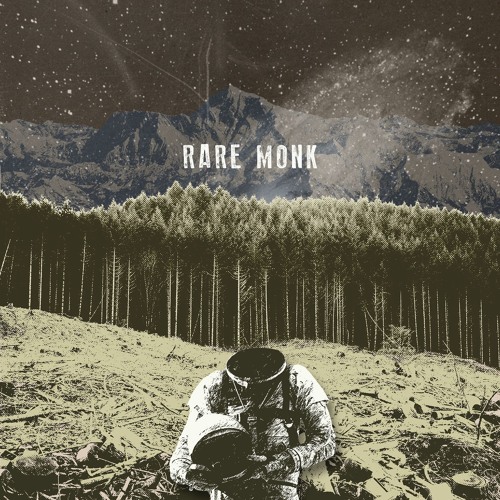