The Matinee ’21 v. 106 is a women-driven affair, featuring eight songs from outstanding female artists and woman-fronted bands. Unsurprisingly, each single tells a tale that goes beyond the usual subjects, offering insightful social commentary of our world today.

RIYL: Alice Glass + A Place To Bury Strangers + Siouxsie and the Banshees

In a year filled with great new artists and discoveries, Heather Elle’s project, Flossing, is a favorite after just one song. Her debut single, “Switch”, was like Kate Bush’s gothic darkness brought to the edge of oblivion. Just as she took us to the edge, she pushes us over it with “TRAP”.

While Elle is better known as the bassist for The Wants and previously BODEGA, the song is a mélange of sounds and influences from across multiple genres. The gloomy steeliness of A Place to Bury Strangers’ shoegaze and the post-punk aesthetics of Siouxsie and the Banshees zig zag through the heavy, industrial pulses. The combination yields a hypnotic and harrowing tone, and this dark soundscape represents a world of control and complicity. This is our world, where technology rules lives and conservative norms still influence our perception of social constructs like genre. Whereas many like to think we live in a fantasy land, many see the place as startling bleak as “TRAP”.

This awesome number, which will be featured on Elle’s debut EP, Queen of the Mall. It is out September 10th on Brace Yourself Records. Pre-order it on Bandcamp.

Sprints – “How Does the Story Go?” (Dublin, Ireland)

Early this year, Dublin-based quartet Sprints delivered one of the year’s best EPs in Manifesto, which was filled with fiery, cathartic, and intelligent post-punk. The record was an eye-opener and showcased Karla Chubb (lead vocals/guitar), Sam McCann (bass/backing vocals), Colm O’Reilly (guitar/backing vocals), and Jack Callan’s (drums) unlimited potential. If people missed the EP, the four-piece return to let people know that they’re going to be around for a long time. For those who already are fans, they emphatically inform us that they’re not a one-trick pony.

With “How Does the Story Go?”, Sprints dial down the noise, but they keep the intensity on ultra-high. A methodical, looping, punk-prog guitar riff rings clearly throughout the track. The arrangement is surprisingly catchy, and it provides the perfect foil for Chubb’s spoken-word approach. She poignantly recounts the struggles of an introvert during a pandemic and every day of every year. So while some people want to escape their home, she wants to stay locked in.

And there’s nothing wrong with wanting to go to a place we know well and vice versa.

The single is out on Nice Swan Records. The band’s sophomore EP is coming soon, maybe as soon as this year.

A mere 25 days separate the world and The Joy Formidable‘s new album, Into The Blue. With “Into The Blue”, “Back to Nothing”, and the roaring “Chimes”, the record is shaping up to be the trio’s best since 2013’s Wolf’s Law, which is one of the great indie-rock albums of the past decade. Showing how confident they are about Into The Blue, the band do the rare thing and release a fourth single before its release. And “Interval” is The Joy Formidable at the height of their powers.

The song is a roller coaster of emotion, sound, and experiences. While the opening half is surprising calm, an unsettling urgency fills Rhiannon Bryan’s soft vocal. In almost a whisper, she sings, “Don’t think about it / It’s a crossroad for me / Just look around / It’s an interval before I leave.” Her words belong to a person who no longer recognizes who she is nor where she is. Every step they take, they must do so barefoot, tiptoeing around so they can never been seen nor heard.

This is, however, The Joy Formidable, and they will be heard loud and clear. The song, itself, reaches cathartic heights, as Rhiannon Bryan (vocal, guitar), Rhydian Dafydd (bass), and Matt Thomas (drums) kick the song into overdrive, raising the intensity during the outstanding outro. The final two minutes are mind-blowing, but would anyone expect anything less from this great Welsh band?

Into The Blue is out August 20th via Enci Records in North America, Full Time Hobby in Europe, and Soundly Distro for the rest of the world. It can be pre-ordered here.

When we named Lime Garden as Artists to Watch in 2021, our decision was premised on their edgy, gritty, and anthemic sound. We failed to acknowledge the poignancy and imagination of their songwriting, as the Brighton-based quartet are not just another young band singing about frivolous things. For instance on the shapeshifting “Sick & Tired”, they addressed the mental and physical exhaustion people experience in today’s non-stop, dog-eat-dog world. On their latest single, Chloe Howard (vocals/guitar), Leila Deeley (guitar), Tippi Morgan (bass), and Annabel Whittle (drums) further position themselves as lyrical geniuses.

Through the catharsis that builds from the throbbing rhythms and the searing guitar, Lime Garden set share a surreal tale about Simon. He’s a man with “blonde skin with pulp between his teeth / He’s got nothing underneath / Every time we speak it’s brief”. He’s a playboy with little care for the world and those around him. Simon, in other words, personifies the misogynistic values that continue to rule our lives while perpetuating Draconian societal norms. As such, as Howard shares, you never know if he’ll use you as bait or just use you.

One thing we do know is that for as long as Lime Garden are around, they’ll keep our blood pumping while challenging our minds and our way of life.

The single is out on So Young Records. Watch the clever music video, which is like a spy thriller, here.

If one didn’t read the name of the artist nor the song title and just heard the smooth, sultry grooves and the cool, head-bopping alt-electro-pop approach, one would think Dev Hynes was behind the production and the artist singing was Solange. The answers, though, are neither. Instead, this infectious beauty of a debut single comes from the mind of PINK LAKSA. Yes, we said debut single.

“Starlight” is that rare song that one could endlessly spin and never tire to hear it. It is visceral yet has a calming impact, which allows the song to be heard in an intimate club or the solitary confines of our bedrooms. It is the latter where PINK LAKSA concocted the idea for the song. With the temperature approaching -40 degrees Celsius in Montreal, the now Brisbane-based singer-songwriter used the time indoors to reflect on her life and how it had stalled. As she poetically states with a nod to Icarus: “I burn my wings in the starlight / And fall back in the dark”.

After long reflection, she has decided to turn her ideas into action. It is time for her to take charge, and does she ever do so on her eye-opening first song. Let’s hope this is the start of a blossoming career.

It wasn’t that long ago – four years ago and almost to the exact date – when Sarah Tudzin turned heads with “(You’re Better) Than Ever”, which was her debut single as illuminati hotties. The song immediately launched her into indie stardom, and she has not slowed down one bit. On the contrary, she continues to ascend as one of the most engaging, bright, and clever artists around. Her previous single, “Pool Hopping”,  for instance, was a frenzied attack on mundane living. For her latest single, she takes a humorous look at love on “u v v p”.

The first half of the song is typical Tudzin. It’s a blustery, catchy number that lulls the listener into a stupor with the summertime vibes. There is, however, something a bit different, as psychedelic spaghetti-western notes rise from the sugary melody. As a haze fills the air, Tudzin delivers some lighthearted lyrics, such as:

“So I’ll stay on my toes, telling anecdotes
About how you take off your clothes
And how it looks like it’s in slow-mo”

Just as the listener gets sucked into the sweet tones, the track intensifies and Tudzin and her band rock out. This, however, isn’t the end. To add one more curveball, the song turns into a farmhouse slow dance, at which point Buck Meek lends his vocals. He’s the song’s protagonist, and through his southern twang he seeks forgiveness for his indiscretion. Does Tudzin accept his apology? We have no idea, but maybe we’ll find out when Illuminati Hotties’ new album, Let Me Do One More, is released on October 1st. Snack Shack Records in partnership with Hopeless Records will distribute the LP. Pre-orders  are available here.

A year ago, South Africa’s HONEYMOAN released an awesome EP in Weirdo, which was a clever, intelligent, and wide-ranging little record. Many have missed it because of where the quartet reside, which makes HONEYMOAN the classic case of “what if”.  What if Alison Rachel, Skye MacInnes, Josh Berry and Kenan Tatt resided in London, Leeds, Brighton, or Manchester? How popular would they be? In this alternate universe, BBC would be endlessly playing their songs while the organisers of Standon Calling and Latitude Music Festivals would plead for them to perform. They are that good. If you need to be convinced, then play “False Idols”.

This song was made for a festival setting. It bristles with an edgy urgency that is reminiscent of great ’90s bands like The Cardigans and Veruca Salt. As the song progresses, the intensity increases until it reaches its eruptive conclusion. That moment is when everyone in the audience starts jumping, waving their fists in the air, and simply losing their proverbial sh*t. Like the single’s explosiveness, the band is attempting to wake us up from our complacency and our propensity to follow the crowd like sheep. Rachel’s lyrics are to the point and on point.

Most festival lineups list headline artists in a large font with the emerging talents relegated to the bottom. As those smaller names rise in popularity, so too does their lineup placement. Mark your calendars now because this artist has the potential to skip the small print zone entirely.

“Science” from Michigan native Alexandria Maniak – a.k.a. Shortly – is a powerful introduction to a future star. While the project is not new (her earliest singles released five years ago), Shortly’s musical and lyrical talent are undeniable.

It is easy to fall in love with the mellowness of the song, a ballad driven by Maniak’s introspective lyrics. But it’s the yearning in her voice that keeps you holding onto every note. Maniak embraces being emotionally vulnerable, much like her indie peers Julien Baker and Phoebe Bridgers. That openness creates an instant connection between artist and listeners, one that is strengthened as the song builds.

The opening verse offers a glimpse into Maniak’s inner thoughts, but it’s the chorus that truly takes your breath away:

“I think I am hopeless
I’ve written all these letters…

Who am I, who are you
Who am I to think of you”

Some people may be asking who she is now, but it won’t be long until Shortly is a name everyone knows. 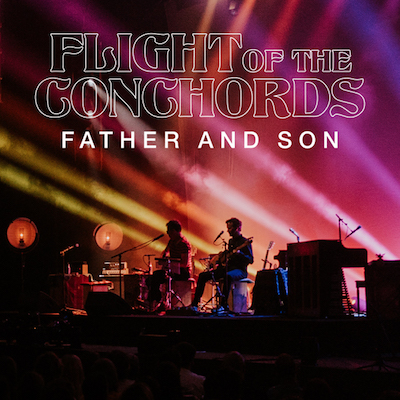