Renewal is in the air with The Matinee ’21 v. 143 edition, whether it is the tide that rises below the feet of familiar names or the wind that blows behind the sails of artists debuting their solo projects.

By the time THYLA‘s long-awaited debut album hits airwaves in early 2022, seven years will have passed since the band turned plenty of heads, including ours, with their first single, “Betty”. Patience, though, is a virtue, and the LP should showcase a band delivering on their immense promise. They gave a taste of what is to come with the blistering yet euphoric “Gum”, and they dial up the intensity on another burner in the simply titled “3”.

This anthemic number personifies THYLA’s soon-to-be noted legendary status. Ringing, delayed guitar strikes split through eighties’ post-punk rhythms, recalling a youthful, unrepentant U2 or Wolf Alice during their gloriously angsty early years. As the arrangement surges, front-person Millie Duthie delivers a tale of confronting our demons past and present while assuring us we can persevere.

“I really miss the way things used to be
I know you don’t feel safe
And I can’t make it go away?
I’m can’t say it’ll be okay”

From a band about to deliver on its limitless potential to an artist who is about to make waves within the UK music scene. We’re not talking about small ruffles in the water but large swells with her intoxicating brand of dream-pop. These swells, as such, will not just be heard on BBC radio nor read on the websites galore, but they also represent every listener’s rising chest. This is the magic of Anna Vincent, who could experience a sudden rise in popularity like Hatchie did a few years ago and possibly have a career equivalent to Hope Sandoval. Time will tell what her fate may be, but one thing is for certain – she will dazzle with “Nothing Wrong”.

Psychedelic textures stream through this blissful, breezy number. It is made for lazy weekend days, whether sitting in a park and basking under the bright, glimmering sun or cruising along the seaside and feeling the cool wind blowing through our hair. Yet there is no need to leave the comforts of home because the jangly guitar notes and the stuttering rhythms provide the spring-like atmosphere. Vincent’s lush vocal, meanwhile, is the sea breeze we openly invite into our space. We openly listen to her words of encouragement, making us understand that there is light beyond the darkness.

“What’s the hurry about?
Life can be long
What do you worry about
when there’s nothing wrong?
Is the dream all gone
or did you have it all along?
You’re not far from home now”

The young Londoner has the makings of a star. It could happen on October 29th when Vincent’s debut album, Under the Glass, will be released on Ultimate Blends. Pre-order it on Bandcamp.

My Life As A Moth – “Chest Of Dress Up” (London, England)

With Halloween around the corner, the eerie tunes are starting to emerge from the closets. There will be, of course, the usual harsh and psych-driven numbers. Then there will be the rare runes that sound like one is walking through a haunted house or the creepiest funhouse on the planet. It is on the latter that newcomer My Life As A Moth takes us on her witty and wicked debut single, “Chest Of Dress Up”.

While we do not know the name of the artist, the moniker itself is eerie, as it could be a nod to Buffalo Bill, the antagonist in the Oscar-winning film, Silence of the Lambs. Musically, too, the track could be an escapade inside Jame Gumb’s home or maybe the anthem to which he does his slow, manic dancing. It possesses a Fiona Apple-like attitude with the spookiness of Kate Bush, although My LIfe As A Moth worked with acclaimed producer Rob Ellis (noted for his work with PJ Harvey) to take this tune to creepy levels. Her lyrics, though, are all hers, and they could very well be made for Gumb.

Emerging from the shadows of one’s popular and main project is difficult since expectations are astronomical. Trying to carve out a niche from two notable projects is even more difficult, but this is what Australian-born Scott Von Ryper is attempting to do. Known more for being a co-founding member of the Australian duo The Black Ryder and the current guitarist for the iconic The Jesus and Mary Chain, maybe Von Ryper makes like Steve Gunn, Buck Meek, and Mikal Cronin to become a name indieheads not just recognize but appreciate for his expansive craft.

On Friday, Von Ryper revealed all his cards when his debut album, Dream State Treasure, was released. It is what one would expect – a cool, vibrant rock ‘n roll album with some great songwriting, which includes the centerpiece “Pulse”.

The tune was made for driving. With Von Ryper’s rumbling guitar guiding the way, he takes us for one final spin down the Forgotten Highway. This is a moment for us to reflect on the adventures and misadventures alike and the journey in the afterlife that lies ahead. This is the moment for us to take control before we do say goodbye, much like what Von Ryper is doing now.

“One day, when I’m gone
Gonna sing these desert songs
From my life, on the run
Trying to beat this setting sun”

Dream State Treasure can be purchased or streamed at these links. It’s also on Bandcamp.

A few weeks ago, Brooklyn-based outfit Furrows did a rare thing. They made us think of all the great indie movies with “Grey Cities” and “Wasteland”, which describes how “indie” Peter Wagner and his crew are. And this is a compliment, particularly in a time when many bands and artists walk the tightrope of individuality and familiarity as they chase success. As Sufjan Stevens and Andy Shauf have demonstrated, one can still be revered and become an inspiration for others by doing what others are not. Furrows, too, could reach similar status in time.

From sweeping to alluring soundscapes and wonderful storytelling, their new album, Fisher King, is a marvel. We’ve listed two of the LP’s songs, and another engrossing number is “Burial”. The track feels like the most beautiful hallucination, but the intoxication is caused by the psych-infused dream-folk textures and Wagner’s ghostly voice. Never boiling over but rather staying at a tepid temperature, Furrows ignite all our senses, awakening us from our stupor. Or is he inviting us to the life beyond the shadows?

The Mysterines – “Hung Up” (Liverpool, England)

Anyone who said or believes rock ‘n roll is dead has not come across The Mysterines. S/he also probably has never had a conversation with Lia Metcalfe (vocals, guitar), Callum Thompson (guitar), George Favager (bass), and Paul Crilly (drums). And no, the quartet are not four, middle-aged individuals who moonlight as a rock band on the weekend. Rather, two are still teenagers and the others are in their early 20s. The Mysterines represent the future of a genre that is undergoing a renaissance, and they accelerate rock ‘n roll’s resurrection with “Hung Up”.

The song is like a two tonnes of TNT detonating at the same time. It is loud, furious, and explosive. Hard, roaring guitars and pummeling rhythms set the canvas for Metcalfe’s booming vocal, which has an air of Joan Jett in her youth. Urgency and disdain fill every word she has to say. This is not a love song nor one about a broken heart. This is a song of vengeance made for Uma Thurman’s The Bride.

The Mysterines’ long-awaited, debut album, REELING, will arrive March 11th via Fiction Records. Pre-order it on the band’s online shop. The LP should be a barn-burner.

Sometimes songs need to age like a fine wine. Before they can be uncorked for the public to hear, they need time to mature and eventually fine-tuned, whether put into an oak barrel or allowed to sit in the bottle for years. For young newcomer ODDA, he’s spent his time supporting other artists as a touring musician. In that time, however, he was writing his own material, which only until this year has been unveiled. His latest single, “Mama”, was written back in 2019. With the help of At Swim Music co-owner Ian Dowling and engineers Greg Calbi and Steve Fallon, it’s become something to savor.

“Mama” is a stunning jaw-dropper. ODDA’s voice possesses the same soft yet embracing characteristics of Elliott Smith. His style, though, is widescreen, dreamy, cinematic folk that leaves a lasting impact. As great as the arrangement is, ODDA’s story is equally memorable. His tale is an acknowledgement of our weaknesses and that there is one person we depend on for strength. In this unstable world, we all need someone to lean on and help us through the days. Someone like “Mama” or even the music of a young, gifted artist.

The single is out on At Swim Music. 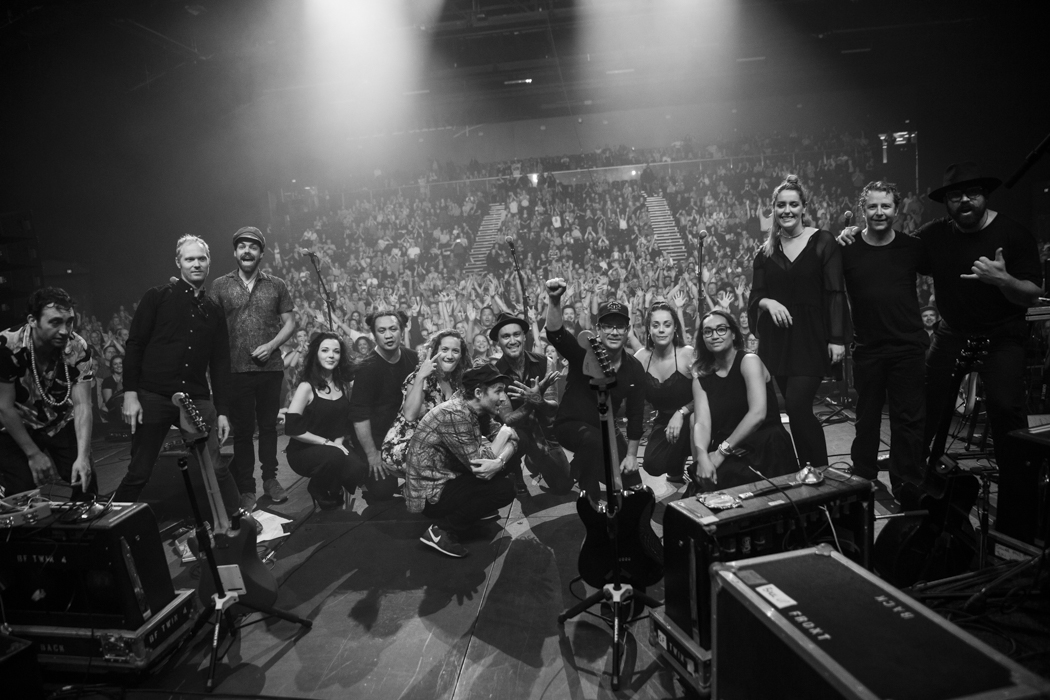 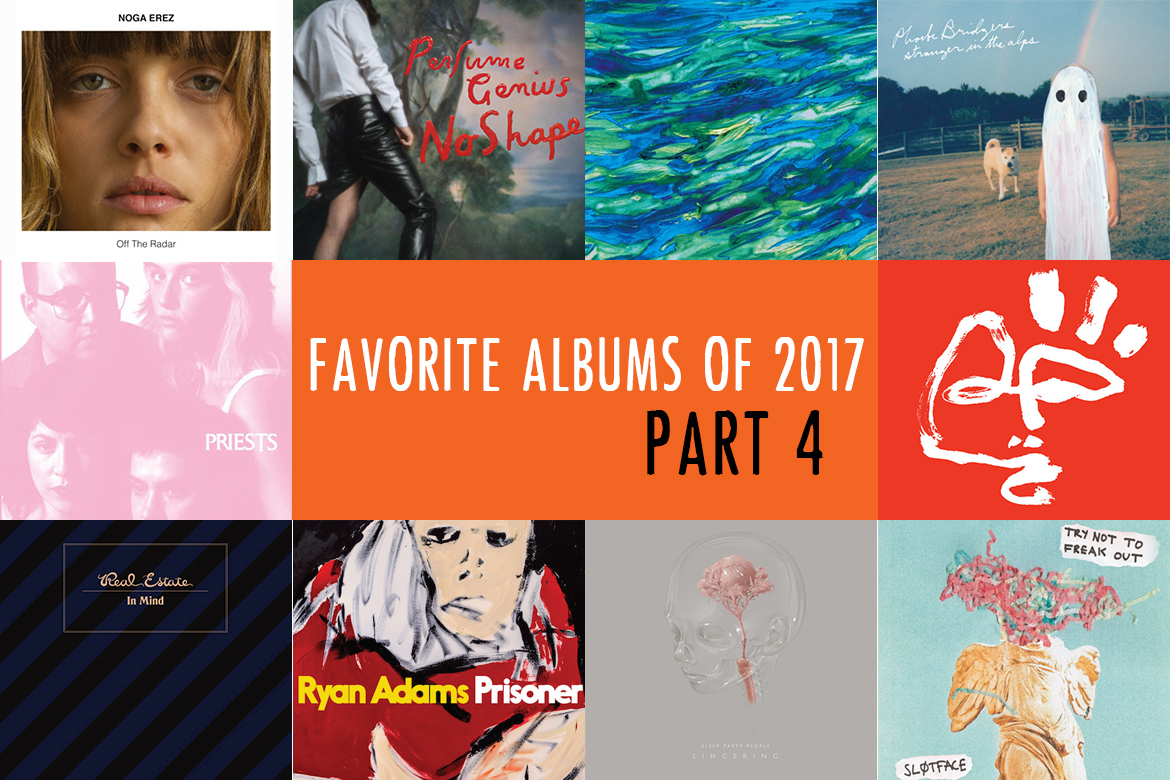