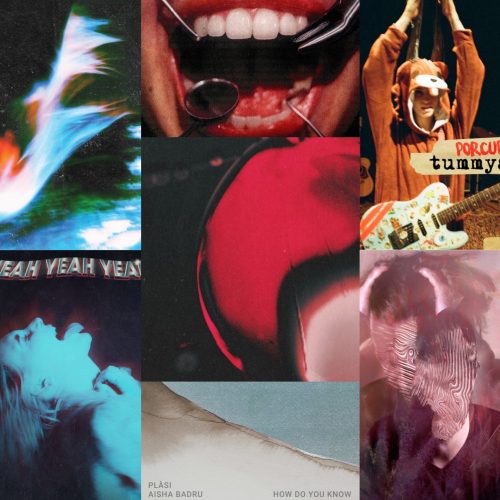 Whether it is with a whisper or roar, whether through gloomy darkness or rave-like enlightenment, the seven songs featured on The Matinee ’21 v. 159 will blow your mind. With Thanksgiving long weekend approaching in the US, let our Songs of November 2021 playlist be the musical accompaniment to your gatherings. Find it on Spotify and SoundCloud.

You don’t need to be a parent of a teenager nor the CEO of a multinational corporation to know first impressions are everything. They can make or break careers, get a person’s foot in the door, or, as is the case for Soren Bryce’s project TUMMYACHE, stick in your mind for weeks and months. Such was the case with “Soak”, whose lingering darkness made it one of our favorites of 2021. The American-born, London-based singer-songwriter adds to her legacy with “Porcupine”.

Instead of an edgy, prickly number, Bryce’s latest tune is another stark stunner. A lingering, reverb-touched guitar chimes in the background while a light sprinkling of percussion patters in front. The mood is spellbinding, yet it is a little dour as Bryce investigates what eats away at her. Specifically, she examines the reasons for why her friend gave her the nickname “Porcupine”, which stems from her “abrasive and cold” reaction when she confronts emotional conflicts. Like a internationally-renowned sleuth, she begins to separate fact from fiction and untangle the web of half-truths.

The young artist has a chance to experience a similar breakthrough as Arlo Parks in the Spring of 2022. This is when Bryce’s new album, Soak, is expected to be released on Tone Tree Music.

After blowing our minds with “Burning Ride” and then putting us in a state of euphoria with the silvery “Waves of Love”, VERO immediately jumped on to our list of favorite new bands. The Stockholm-based trio reminded us of how guitar music can still excite, enrapture, and enthrall. In case anyone forgot why rock will live for many more decades, VERO unveil the blistering “BEG!”

The track roars with the grunge-like intensity and angst of a young Elastica and Garbage while mixing in the fiery shoegaze that A Place to Bury Strangers unleashed on the world nearly two decades ago. A fury gradually builds through the reverb guitars, pounding rhythms, and front-woman Julia Boman’s booming voice, which commences with a dreamy tone before becoming thunderous. She directs her anger at someone who has severely hurt her, and now she’s seeking revenge. She has come to make him “kiss the ground” and “BEG!” for forgiveness and mercy. Julia Boman (vocals), Amanda Eddestål (bass), and Clara Gyökeres (guitar), however, are relentless, offering no hint of tenderness. And why should they when such feelings were not reciprocated?

The track will be one-half of VERO’s new 7″ split single, which will be released January 14th via PNKSLM Recordings. The other side is a cover of Shame’s “Concrete”. Pre-order it on Bandcamp.

“You’ve got bite, I like that” is a natural reaction to hearing this new Bloc Party tune. After a five-year hiatus, the band unleashed fresh sonic fury yesterday with “Traps”. It’s the first single from the upcoming Alpha Games album that arrives next April.

“Traps” does indeed have bite, with a driving pulse akin to Foals. While both bands are equally capable of delivering mellower fare, there is no denying that sparks fly when they churn out a banger like this. This is Bloc Party embracing their roots.

The full-throttle intensity begins immediately with rapid-fire percussion and an hypnotic bass line courtesy of Justin Harris and Louise Bartle, respectively. Meanwhile, original member Russell Lissack continues to provide textural depth with his guitar work. Once frontman Kele Okereke starts dropping tasty lyrics (“There you go-go looking like a snack” and “I wanna be your contact high”), the song clinches its place as a festival crowd-pleaser. Fans have to wait six months before the band kick off their 2022 tour next May in Paris. Full tour details are on the band’s website.

Alpha Games will be released April 29, 2022 via Infectious/BMG with pre-orders here.

One of the best young artists to arrive on the scene this year is Wallice. The L.A. native turned heads with catchy guitar-pop and clever, often amusing lyrics, as heard on “Hey Michael” and “Off the Rails” , which were on her stand-out EP, Off the Rails. She self-released the mini-album, but in the future she won’t be doing it alone. Instead, she’ll have the support of UK indie label Dirty Hit, which is home to other outstanding pop-rock outfits like The 1975, Oscar Lang, Pale Waves, and Wolf Alice. You may have heard of some of them, and it’s only a matter of time before Wallice’s name is similarly well-known because songs like “Wisdom Tooth” will be stuck in your heads for days.

If there was a song made for a house party, this is it. Then again, all of Wallice’s tunes are made for the intimate spaces where friends can wrap their arms around each other and dance in unison. They can also experience Wallice’s relatable stories about growing up in a pandemic world. Or, in this case, she sings about how love is not enough to keep two people together, as the thrill of adventure cannot be overcome:

But in Wallice, we have found an artist we want to hang with for a very long time.

This song is streaming now on Spotify.

Plàsi – “How Do You Know” (with Aisha Badru) (Stockholm, Sweden)

Mikael Bitzarakis – the Scandinavian folk artist who performs as Plàsi – was destined to be a musician. The son of a Greek folk singer father and a Swedish music teacher mother, his entire life has been surrounded by song. This may sound like the premise for an indie film along the lines of Once, but in reality his background has prepared him for a very promising present moment. After having his music featured in a recent episode of Grey’s Anatomy, Plàsi’s new single is a gorgeous ballad featuring the talented American indie folk singer Aisha Badru.

“How Do You Know” glistens with the gentle brightness of falling snow. The intro is a gateway to serenity as tender acoustic guitar and warm strings play. Feelings of calm continue to wash over you once the vocals begin. But as their voices entwine, you also detect quiet sparks of energy rippling below the surface. What this song captures with breathtaking tenderness is the electricity that occurs between two people. Those moments when eyes meet and connections are made are full of possibility. They are paired with excitement but a bit of hesitation:

“Do you feel it?
I have kept it in
Deep inside my skin
Do you see it?

Every word you’ve said
Running through my head
Hesitating, should I let you in?
Start over again?”

The song is available from these links via Nettwerk Music Group. Aisha Badru’s upcoming EP arrives early next month with pre-saves here.

It might be Wednesday, and some may prefer more chilled tunes to get through another Hump Day. We think every day needs a track that energizes the body, mind, and soul to make us feel alive. We turn to an electronic duo who originated in Belize but now are based in southern Ontario.

Allegories, which is the project of Adam Bentley and Jordan Mitchell, combine the climates of their residences on the swirling and immersive “Pray”. It is cool and blustery like a Canadian autumn but scintillating and invigorating like a fresh spring day in Central America. But instead of being outdoors, the pair bring these environments inside.

As bubbling and searing synths crisscross through the bouncing 808s, hi-hats, and snare, a strobe-lit atmosphere forms. This music is made for the industrial buildings that once and still do host exclusive raves and dance parties. Occasionally, a voice emerges through the haze, uttering the deep-seeded emotions many of us feel every day. “I pray for lust”, it longingly beckons, craving companionship in this time of loneliness. But with a song like this, no one will be lonely for long. On the contrary, everyone will be dancing, moving together like they are all part of the same wave. This is the brilliance of Allegories, who will not for long be known as favorites of the underground.

The single is out on Hidden Pony Records and Universal Music Group. More music is coming in the next few months, which can only mean an album is on the horizon.

Fickle Friends know how to get a listener’s attention. Not ones to play coy, the Brighton-based group waste no time on musical foreplay. Their newest single, “Yeah Yeah Yeah”, jumps into the action from the opening chords and maintains fierce, fist-pumping energy until the last note. But this is more than a danceable radio hit: beneath the fiery instrumentation is a relatable message:

“My head is a dark place to be
Full of big black holes, tornadoes spiraling…
Where is my purpose?
These days are endless
Nobody needs me
Nobody wants me
Or knows I’m losing it”

Lead vocalist Natassja Shiner sings about hearing her voice echo in the Grand Canyon, listeners can relate to both the question and its origins. Who hasn’t pondered their own purpose and wondered if their voice was being heard? “Yeah Yeah Yeah” speaks to the storms of self-doubt that rage inside our heads. With clear voice and laser focus, Shiner arms listeners with a soundtrack for battling those storms.

This song is from the band’s upcoming sophomore LP, Are We Gonna Be Alright? It arrives January 14th via Cooking Vinyl with pre-orders here. 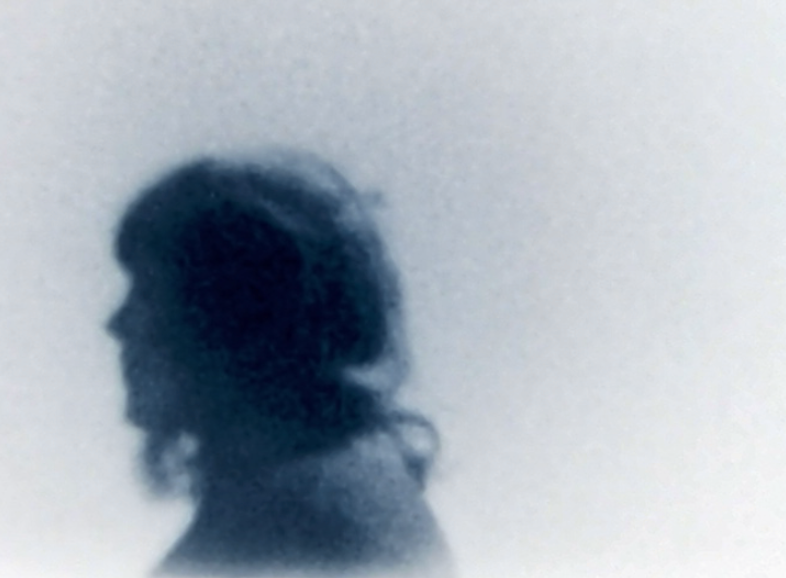 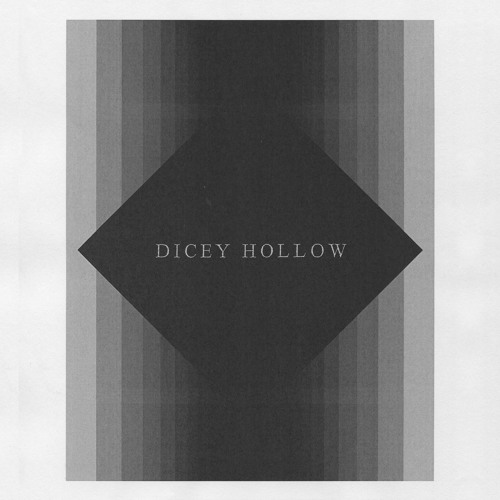