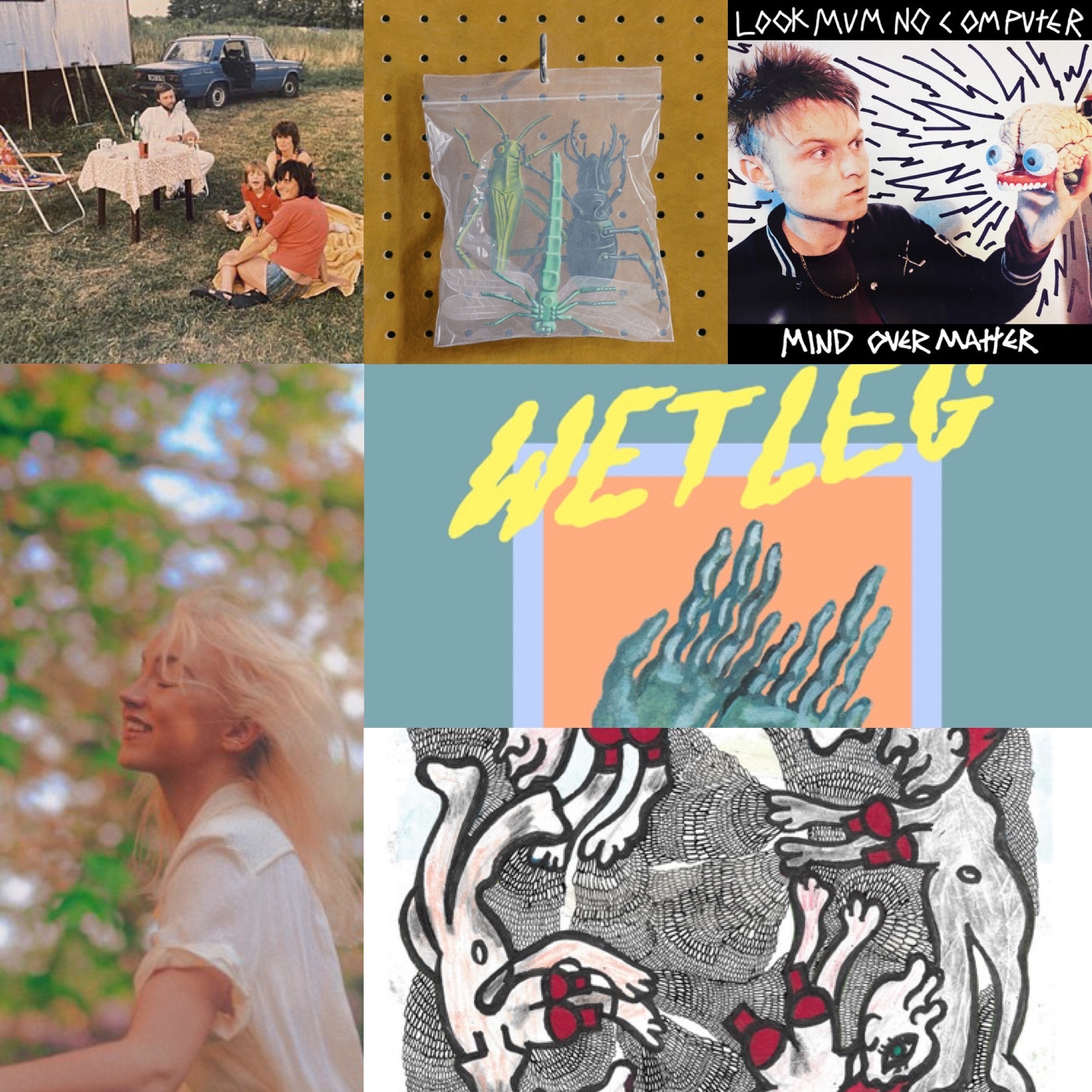 The Matinee ’21 v. 162 is a shorter playlist to start this final month of 2021. Most of these artists offer a preview of albums to be released in early 2022, so consider pre-ordering now to support their work. We start with a couple of bands that have already offered Song of the Year contenders but also will be set for major breakouts in the new year. (Oh, these songs kick off our Songs of December 2021 playlist, which is on Spotify and SoundCloud.)

Another year is almost in the books, and soon we will make our year-end lists to celebrate all the great music we heard and discovered. One band that completely blew us away are Wet Leg. We weren’t the only ones wowed by them because Rhian Teasdale and Hester Chambers signed a record deal with Domino Recording Co. even before formally releasing a song. Once the duo from the Isle of Wight finally shared their debut single, the off-kilter “Chaise Longue”, they far exceeded expectations. It’s a Song of the Year contender. They followed that with the addictive, disco-infused pop-punk “Wet Dream”. To further get us excited about what is to come in the new year, Teasdale and Chambers share two more awesome songs.

“Too Late Now” recalls a young Warpaint, where a controlled indie-rock approach masks the delirium and urgency of the lyrics. It’s only in the outro where the grizzled guitars and pummeling rhythms match the anxiety of growing up in an increasingly divisive world:

On “Oh No”, Wet Leg return to their off-kilter, art-rock origins. A jerky yet almost robotic buzz rises over the music and vocals. The song’s approach brilliantly captures how people become slaves to technology, particularly to their mobile phones. Digital interfaces have replaced their humanity:

“3am, I feel zen, fucking zen
Oh, no
Suck the life from my eyes, it feels nice
I’m scrolling, I’m scrolling”

The songs are out on Domino Recording Co. The band’s self-titled debut arrives April 8th, 2022, with pre-orders here and on Bandcamp.

Six minutes of exquisite sonic immersion: this is what Black Country, New Road create on the newest single from their upcoming LP, Ants From Up There. If you have been paying attention to their rapid rise in popularity this year, you’ll know this London-based outfit refuse to follow expectations for what constitutes an indie rock “hit” song. They aren’t following the paths others have blazed. Instead, their sound is original and expressive. One spin of “Concorde” emphasizes that while also showcasing their talents.

“Concorde” is a leisurely journey yet full of surprise twists. The pace at which the richly textured layers unfold gives listeners plenty of time to absorb the details. This is a lo-fi indie classic that echoes ’90s-era bands like Yo La Tengo and Neutral Milk Hotel. But it’s not stuck in that decade. You also hear hints of Bright Eyes in the mellower moments and Arcade Fire in the closing crescendo. Still, even though this song conjures faint comparisons to other groups, there is no imitation here. BC, NR are a seven-piece collective whose own sound will soon influence a new generation of artists.

Last month the band shared the art-pop “Bread Song” and the dazzling “Chaos Space Machine” the month prior. Those tracks had us adding the new LP to our Most Anticipated Releases of 2022 list. Now the release of “Concorde” has us certain the album will be one of next year’s very best.

Ninja Tune will release Ants From Up There on February 22nd. You can pre-order it from these links, the label, or Bandcamp.

Screaming Females’ Marissa Paternoster is gearing up to release her debut album, Peace Meter, on Friday. The songs Paternoster has shared has shown a departure from the punk and guitar rock stylings we’ve come to expect from the Screamales’ singer. Both singles (“I Lost You” and “White Dove”) feature a drum machine and lush harmonies.

“Black Hole” continues some of the trends on those singles. Even with a slower pace, there’s an edge to “Black Hole” that wouldn’t make it feel unfitting on a Screaming Females record. The gritty guitar lead, Paternoster’s unmistakable voice, and impactful lyricism make “Black Hole” feel like a bridge to more familiar territory. The only thing missing is a scorching guitar solo. But that’s also what helps these songs stand apart. Anyone familiar with Screaming Females knows how powerful Paternoster’s voice is. When paired with these slower, softer styles, it only makes it more powerful.

Jenne Bakke is an upcoming artist who is destined for greatness. The young Norwegian artist performs as Helven, and her single “my love my love” is one of the lushest songs you will hear this month. Prepare to be awed by these intoxicating vibes. The song combines dreamy bedroom pop with sophisticated lo-fi indie rock.

This fever dream begins with staccato pulses of syncopated percussion and languid vocal delivery. Oh, those vocals! Bakke’s voice seems wrapped in cashmere as she caresses your senses with softness and warmth. But she pairs that Portishead-like smoothness with rapid delivery of ’90s girl band Luscious Jackson. That combination is irresistible on its own. It’s even more impressive when you realize Bakke is just 21 years old. An artist with this much talent now is surely a star in the making. Soon you will see Helven on all the major European festival lineups, from Glastonbury to Rock Werchter and Roskilde. Then it’s only a matter of time until she conquers North America and beyond.

We will understand if “my love my love” is the only song you want to hear for the next few months. We feel the same way.

This song is out now on these links via Jensen Records‘ 9AM Records imprint. Helven’s five-song EP, volume 1, arrives January 14, 2022, with pre-orders at Bandcamp.

RIYL: Danz CM, Ela Minus, Studying the capabilities of the onboard synthesizer for a Sega MegaDrive

On the surface, LOOK MUM NO COMPUTER may seem like a tongue in cheek reference to the current state of electronic music. In a way it is, but Sam Battle’s aversion to computers is also a lifestyle for the creative force behind the project. Battle constructs his own instruments, (some are absolutely wild), ranging from an organ made of Furbies to a truly massive oscillator, many of which he shares on his YouTube channel. The result is some completely unique sounds.

On his latest single, “Mind Over Matter”, LOOK MUM NO COMPUTER dive into a sound that matches the quirkiness of his unique instrumentation quite well. A New Wave-influenced track with unsurprisingly addicting synth work, “Mind Over Matter” showcases Battle’s creativity. His talents extend far beyond the construction of the instruments and the music he makes with them. His voice matches perfectly with the style as well. Meanwhile the lyrics send an important message, reminding listeners to prioritize the health of our minds above all else.

“Mind Over Matter” is out now. The single is accompanied by a live video of a performance of the song, which provides a good idea of the unique synth setup Battle used to compose the single.

Earlier this year, Berlin-based artist Panteon released a spellbinding record, Open Fire. Like its title suggests, Open Fire is a record with plenty of warmth. Acoustic guitars, understated electronic effects and drums accompany the unwavering voice of Yvonne Ambrée. After the release of Open Fire, Ambrée worked on more music, resulting in three singles to be shared over the next few months.

The captivating qualities from Open Fire continue on “Storyteller”, the first of those new singles. Ambrée adds more depth to her sound with perfectly reverbed guitar and rich woodwinds. A layer of synths underlines the song’s second verse as well. The song’s final moments are stunning, with a saxophone and other instruments joining along with striking harmonies. Then it all fades away leaving just Ambrée’s voice and acoustic guitar.

Around the time Ambrée wrote “Storyteller”, she was listening to the music of Andy Shauf and had an idea: “I picked up my guitar and thought why not write a song about this guy – he’s been writing about everybody else, so it might be nice to write a little tune about him.”

“Storyteller” is out now via these links. The single will be joined by “Correspondence” and “Archipelago” in the near future. 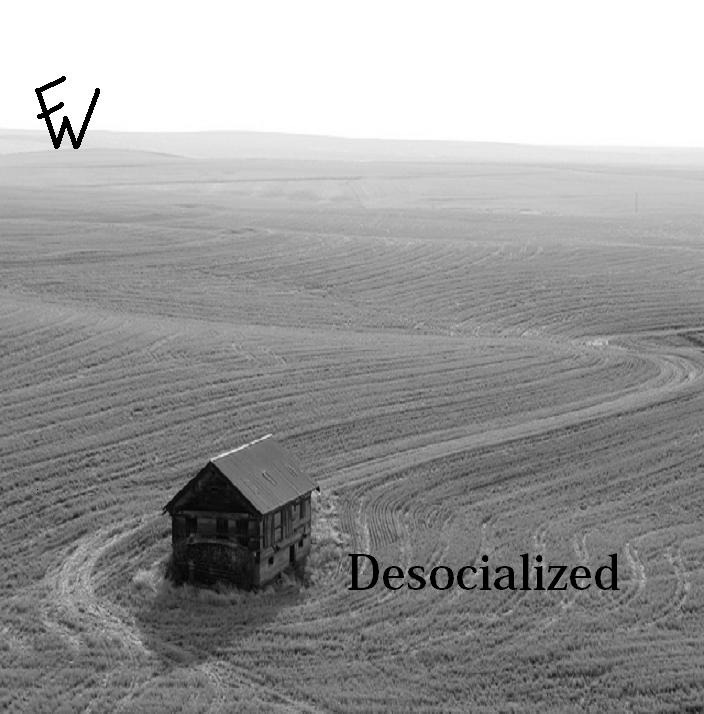