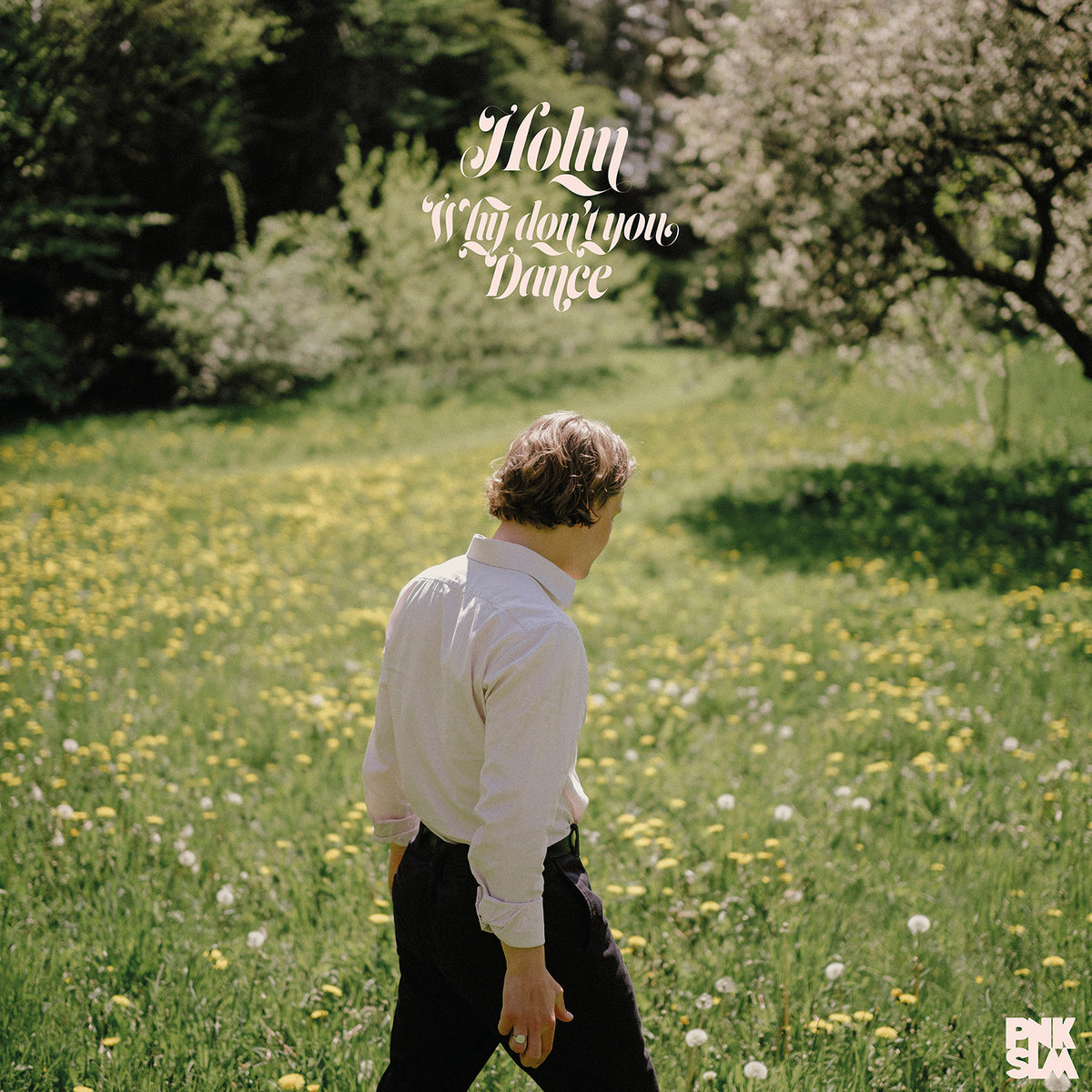 Mikkel Holm-Silkjær – a.k.a. Holm – wades through life’s constant contradictions on his raw, emotive, and insightful debut album, ‘Why Don’t You Dance’.

Almost a year ago to the day, post-punk outfit Yung shared Ongoing Dispute. As one of our Favorite Albums of the Year, it revealed a young band finding the perfect balance of catharsis with poignancy. Fast-forward to the present, and the Copenhagen band is still very much relevant. Or at least its front-man, Mikkel Holm-Silkjær, is.

As just Holm, Holm-Silkjær does not seek to separate himself from his main project. On the contrary, his solo project is an extension of Yung, where he is the Ying to the group’s Yang as he provokes through a melodic blend of indie rock and post-punk. The outcome, however, is still the same due to two common ingredients: the raw emotion in each song and Holm-Silkjær’s mature and insightful songwriting. They come to the forefront on Why Don’t You Dance?

Despite gravitating to less Gothic sounds, Holm-Silkjær’s debut is still intense and rattles with a post-punk uneasiness. The approach allows Holm-Silkjær’s introspective tales to resonate more deeply, such as on the subdued “Bark Like a Dog” and the mood-swaying “Valley of Dreams”. A gloomy tone weaves through the former, which centers on one’s mental health. As Holm-Silkjær vividly illustrates, “Let the soil consume you / ‘Cause you’re lost / It’s like an act in a play where times ceased to exist”. The latter, meanwhile, glides through most of its 4-minute, 30-second duration, but Holm-Silkjær’s vocal is steeped in anxiety and uncertainty. He seeks answers; he seeks comfort. “Please someone gentrify my life / A gentle touch of compassion”, he asks.

Where Holm-Silkjær excels, though, is when he embraces the idea that Holm is the opposite side of the coin to Yung. A drift-less feeling envelops the start of “Back Home”, but it gradually builds into it reaches a toe-tapping outro. During this sonic escalation, Holm-Silkjær appears to be his own confidante. “Just touch my hand, feel it upon skin / Just take a little time to let me in”.

A surging blend of pop-rock and post-punk rings through opener “Intelligent Moves”. It brims with the urgency of a man about to reach his breaking point. “Is this me detaching from myself? Is this me throwing it all away out?”, he asks while trying to figure how he can move on. As the probing bass line, the chiming guitar, and the splattering percussion decelerate, he opens up:

“I didn’t know how far we came that night
We cried and cried, but we never reached the breaking point
Eventually you’re going to feel it my friend
Because it’s always going to come back again”

Holm-Silkjær gets surprisingly jangly on “The Rope”. A humming bass line gives the track its post-punk foundation while angular guitars and stuttering drums beckon to the great ’90s indie-rock bands like Pavement and Built to Spill. Akin to Stephen Malkmus’ and Doug Martsch’s genius, Holm-Silkjær takes the analogy of “everyone in the same boat” into a tale of betrayal and individualism.

He builds on this tale of selfishness on the brilliant “K’s Choice”. The song reeks of desperation and urgency that is formed from the oscillating guitar line and the wavering intensity of the drums. The push-pull approach also captures the questions that exists in Holm-Silkjær’s mind. “I don’t really understand?”, he repeatedly asks in the song’s chorus. His question is directed at himself and those around him, wondering how people can drastically change after yielding unexpected good fortune. His imagery is terrific.

“How you won the lottery that day
But it wasn’t intentional
‘Cause you bought your ticket at a discount store
And now you can put your crown of thorns on her head
And that’s intentional
Because you bargain, you bought a little friend”

He reaches deeper into the indie-rock ethos on the multi-faceted “Erase & Repeat”. At first, it methodically sways like the great songs of Kurt Vile and Steve Gunn, drawing the listener in with a breezy melody. Brimming below the surface, however, is a searing urgency that erupts during the track’s gripping climax. It’s a moment that recalls the tension of Iceage’s grand numbers, leaving one flabbergasted by the unexpected onslaught. The approach provides the setting for Holm-Silkjær’s story of a man who is “so confident that it’s sickening”. No one stands behind nor in front of him; he is an island all to himself.

In many ways, Holm-Silkjær is on an island all his own – a young man of incredible talent that still percolates below the radar. However, his talent is undeniable, and once the word gets out he’ll be surrounded by admirers. In the meantime, he’ll have to settle for doing the rare act of releasing two standout albums – one with his band and one of his own making.

Why Don’t You Dance is out on PNKSLM Recordings, and it can be purchased / streamed here or directly on Bandcamp. 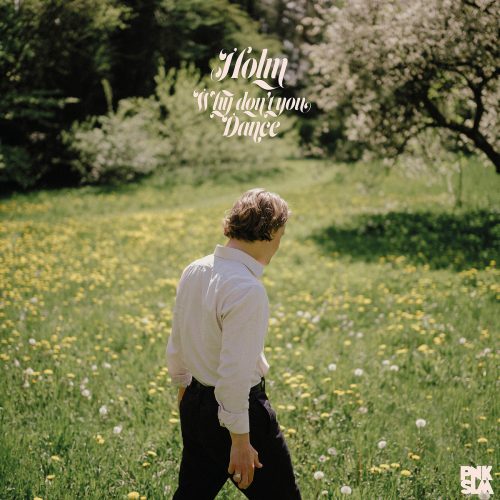 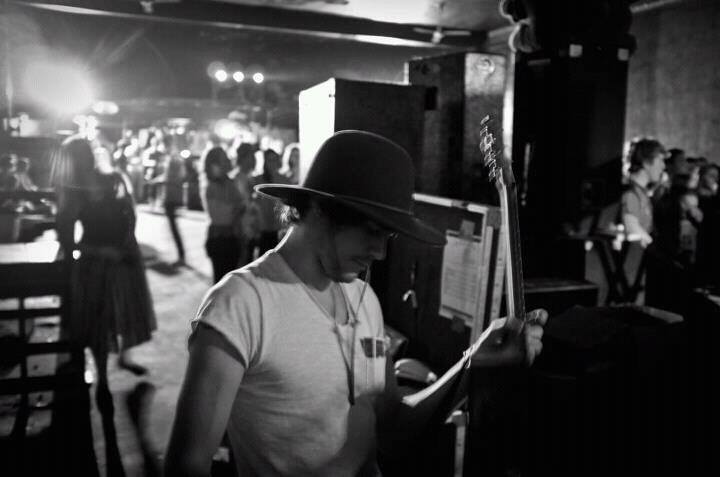