In carving out her own niche, SASAMI Ashworth leaves a permanent scar on her unpredictable, audacious, and incomparable sophomore album, ‘Squeeze’.

“I started making my self-titled album almost three years ago. Since then I’ve fucked other people, healed bad relationships, broken new good ones, found more joy, more anger and everything in between. ‘Mess’ is where I’m at now. I wanted to end the year of my first album campaign with one last sentence before I crack into the stone slab of my next album. This time I didn’t want to provide any visual counterparts. I just want people to listen.”
~ SASAMI

A year after the release of her outstanding self-titled debut album in 2019, Sasami Ashworth – or simply SASAMI – had one more statement to make. She needed to let the world know that she was more than just another indie artist making emotive bedroom-pop. SASAMI could also roar, and “Mess” was the stepping stone for the Los Angeles-based multi-instrumentalist, producer, and singer-songwriter to unleash her full identity. The resulting two-year journey led to Squeeze, which is one of the most dynamic and eclectic albums of the Century.

SASAMI’s sophomore album is an artistic triumph that relentlessly surprises. It showcases how fury can be dazzlingly intimate and how vulnerability can be explosive. More importantly, it reveals how, when freed from expectations and labels, Ashworth’s multiple sides can shine.

The first side that emerges is one full of rage with the sludge metal rocker, “Skin a Rat”, opening the LP. Heavy metal riffs and frenetic drumming supplied by Megadeth and Soilwork drummer Dirk Verbeuren create an intense atmosphere. Ashworth’s voice, meanwhile, oscillates between controlled and monotone to occasionally intense and scowling, and the approach mimics the awakening of a proletariat to the bourgeoisie’s manipulative ways. She calmly sings:

“You sell sex draped in dissonance
U-Turn stocks up on innocence
Why does your cheap attention throw me off
Put me off, get me off, make me want to set it off
Hell-fucked economy
Crisis identity”

An explosive fusion of sound roars on “To Say It”. This mind-bending number marries industrial, noise rock, and even dashes of alt-pop. The mélange yields a track that is aggressive and edgy at one moment and dizzying another. Her voice, likewise, transitions between the darkness and the light, as she seeks closure from the one who left her for dead.

While channeling System of a Down, SASAMI takes Daniel Johnston’s “Sorry Entertainer” and turns into a throbbing scorcher. The re-imagination adds to this tale of the protagonist’s lonely yet frenetic life. The intensity that comes out of SASAMI’s mouth feels as if she is telling her story. One that is full of rage and discontent with an industry that awards the predictable while punishing those who think outside the box.

Ashworth, however, does not shy from innovation. On the contrary, she has emerged as one of music’s great thinkers. She’s turned classic songs, including Christmas carols, and made them all her own. She produced Meg Duffy’s (a.k.a. Hand Habits) Fun House, which was one of 2021’s most outstanding albums. With “Need It To Work”, “Squeeze”, and “Feminine Water Turmoil”, she challenges notions of what is acceptable and accessible.

“Need It To Work” echoes Kid A-era Radiohead, particularly the juxtaposition of the sizzling, Jonny Greenwood-esque guitar riffs and the penetrating, foreboding bass line that echoes Colin Greenwood’s work on “National Anthem”. SASAMI also channels Thom Yorke in addressing how fiction has become fact, and the artificial has become real. With “Squeeze”, Ashworth concocts a multi-genre, multi-sensory number. Post-punk, pop-punk, art-rock, experimental electronica, and an underlying alt-pop melody are fused together. The chaotic approach accentuates the sense that one is being pulled in multiple directions from the powers that be. We are squeezed until every last drop of our soul has been extracted, and all that remains is pulp.

On “Feminine Water Turmoil”, SASAMI goes in a completely different direction. A mournful, almost Gothic atmosphere is created from the neo-classical arrangement. While just 92 seconds long, it demonstrates Ashworth’s ability to create a beautiful yet stark instrumental, making one wonder what she could do if asked to write for a symphony. It eventually bleeds into “Not A Love Song”. It’s a gorgeous finale that showcases SASAMI’s ability to create widescreen, dreamy numbers that still snarl. Her voice is immaculate and her words are profound. “It’s not just a photograph / It’s a beautiful, beautiful sight”, she sings early on. Later then she reminds us that, “It’s not a love song / But a beautiful, beautiful sound”. While this song could fit in the final side of SASAMI, when taken with “Turmoil”, one experiences her innovation.

While Squeeze pushes the envelope, there are still moments where SASAMI edges back to her indie origins. The light and catchy “Make It Right” is a Rilo Kiley-like country-bopper in sound and theme. With the over-driven guitar front and center while the rhythms set a top-tapping pace, Ashworth contemplates how a relationship can move forward when “there’s nothing left to say” nor “nothing left to do to make it right”.

“Tried to Understand” is another indie pop-rocker that recalls the early 2000s. A lightly strummed acoustic gives the track a mid-summer vibe. Within the swimmingly delightful atmosphere, Ashworth tells the story of a person pondering her next moves, which often results in her “burning everything down”. And all SASAMI can do is watch and try to understand.

And where people will stare in Ashworth’s direction is when she crafts songs that simply are dazzling. “The Greatest”, which follows “Skin a Rat” on the album, is a gorgeous and cinematic dream-pop number. SASAMI’s powerful voice is on full display, soaring above the stellar guitar work and riveting percussion work. Despite the song’s awe-inspiring effect, Ashworth’s words are, as usual, devastating.

“Baby, I’d never turn away
In your arms I’d forever stay
But you’re the one on the interstate
Leaving me on the roadside now
You drew a line, and I licked the paint”

She takes her dazzling artistry to another level on “Call Me Home”.  It’s operatic opening gives the indication that Ashworth is taking us to the theater, but she instead takes us to the planetarium. It is folk-rock taken to gorgeous, intergalactic levels, where its dreaminess intensifies with the rise of the synths and Ashworth’s vocal getting more heavenly with every lyric. Beneath the sonic euphoria, however, lies another experience – a rocky uneasiness. “Settle in to life that you lied for a little while / Have a kid get a pretty wife / Get a real job and a fake smile”, she sings at the start. This place is all a facade, where “nothing is wrong but nothing is right” and the only person being hurt is oneself.

One truth, however, exists, and that is Squeeze is unpredictable, audacious, and peerless in diversity. It is the mark of a true genius, and Sasami Ashworth has left a permanent scar on the industry.

Squeeze is out on Domino Records, and it can be ordered or streamed at these links or directly on Bandcamp. 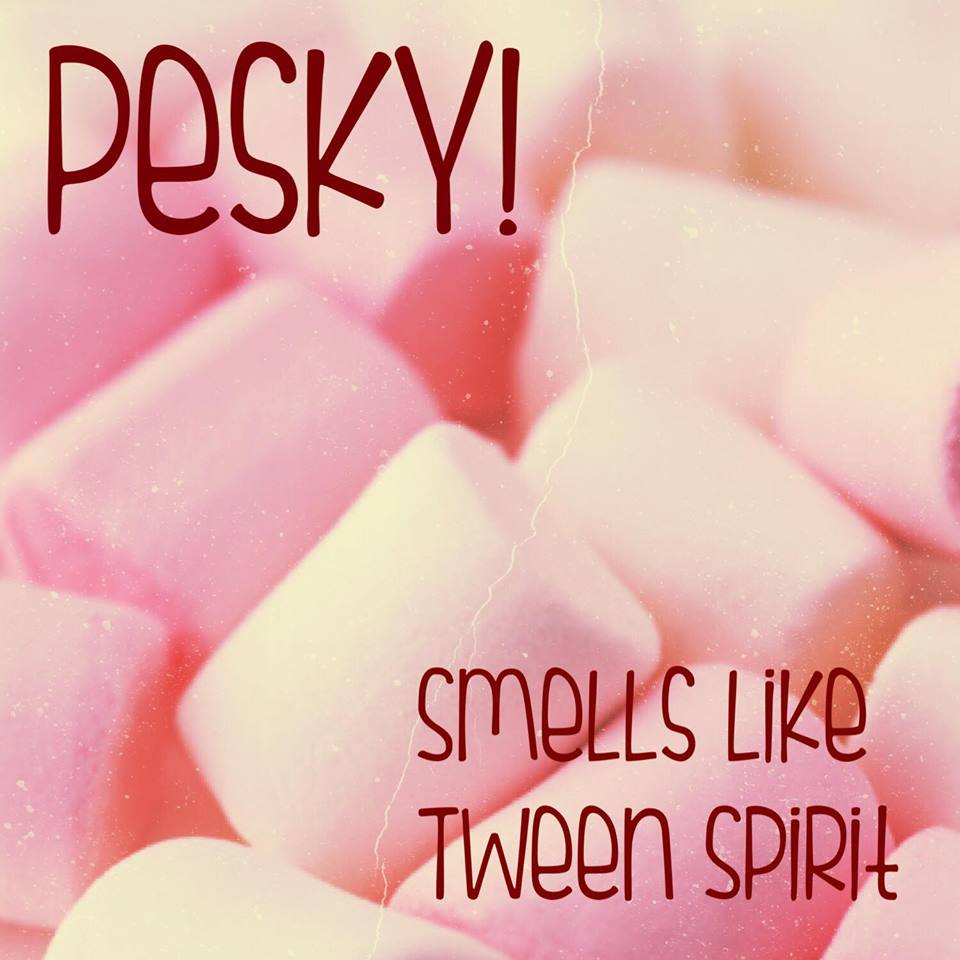 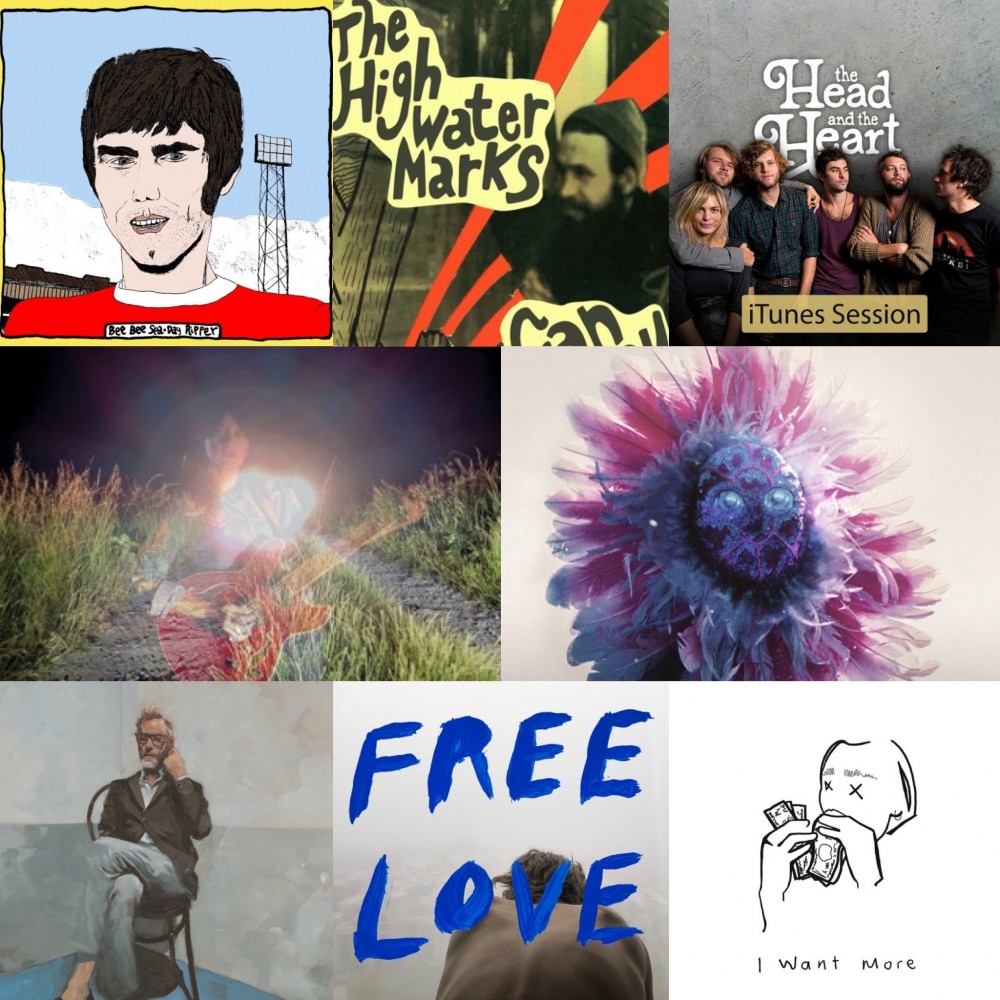