Few bands are able to turn melancholy into widescreen dazzlement, yet Molly Hamilton and Robert Earl Thomas – a.k.a. Widowspeak – have mastered and perfected it on ‘The Jacket’.

Since the release of their self-titled debut album in 2011 and in the following eleven years that produced four additional LPs, including 2020’s Plum, two characteristics have defined Widowspeak‘s music: a sobering yet cinematic dreaminess and small stories enlarged for the big screen. Molly Hamilton and Robert Earl Thomas, in many ways, are like the Spike Jonzes, Wes Andersons, and Paul Thomas Andersons of the music, and their wonderful sixth album, The Jacket, magnifies their cinematic talents.

The Jacket is filled with Widowspeak’s trademark lushness that incorporates elements of pop, folk, country, and Americana. While there is a familiarity in the approach, subtle additions and changes keep the pair’s approach fresh and invigorating. Where The Jacket excels, however, is in Hamilton’s engrossing storytelling, as the ten songs are beautiful vignettes of dreams and desires and of the most minute moments that end up defining who we are. The Jacket, as such, could be considered a coming-of-age album, sounding like it could have been conceived in 1995 as opposed to 2022.

Sampled woodwinds and finger-picked electric guitar float through opener “While You Wait”, creating a wonderful foundation for Hamilton’s voice. She introduces us to a satin worker with grand dreams. “I keep my mind on the task at hand / Stitches in satin, making plans”, she shares. On her mind is to be like the singers that perform every night at her local hangout. She longs to be the one onstage instead of “Walking home, watch the world close / Hear a song spilling out from a hole in the wall“. This dream is further accentuated on “Everything Is Simple”. The shallow instrumentation gives the track the feeling of a lonely wanderer seeking validation for who she could be. As Hamilton sings, “Singers tend to hide the truth / Or you hear it, if it speaks to you”. And it speaks to this one person.

The jangly, country-inflicted “Salt” and the graceful and the quietly smouldering “True Blue” reveal both admiration and jealously. “I’m happy for you / ‘Cause I swore I’d be happy for you”, Hamilton says with a touch of regret and disgust in her voice on the former. On the latter as Thomas delivers a dazzling, twangy guitar riff, Hamilton’s tale is one of betrayal – betrayal of friendship, of art, of the heart. Her lyrics are beautifully poetic:

“Do you ever get tired of swimming
Are you sleeping more in the west?
Wash your hair with peppermint and lemon
Palomine on your breath

The pull of the tide was too great, I know
You meant as well as you could
Just wanted something to write on a stone
To tell everyone you were good”

One of the album’s centerpiece, “The Jacket”, is a melancholic stunner. Hamilton’s soft and breezy vocal gently glides through Thomas’ grizzled guitar. The approach is simple yet incredibly beautiful. It is a demonstration that simplicity can still be jarring. While there is a gentleness to the tune, an uneasiness exists in Hamilton’s words. “What hearts broke on that sleeve?”, she sweetly asks. Hamilton, however, is not a person. Channeling Spike Jonze, she assumes the role of the jacket, who has witnessed everything its owner has done. While the person wearing The Jacket may physically change, his true self does not and The Jacket knows it.

“Did you get there easy as it seemed?
You did it alone
The jacket was the model’s own
No no no, you could never let it go”

Widowspeak then deliver something unexpected as ’70s soft-rock vibes emanate from the piano-led “Unwind”. It is wistful and light, akin to a lucid dream. “You’re free, now you’ve come undone from me”, Hamilton repeats. Her words seem more for the protagonist of this tale than the person with whom she shares her bed. Meanwhile, a swimmingly bright and breezy vibe rises from the album’s second centerpiece, the sublime “The Drive”. As Thomas delivers a Nels Cline-like riff, Hamilton voice rises with a tinge of urgency, as she delivers a tale about chasing comfort over dreams.

On the smokey, ’60s-inspired pop-rocker, “Slow Dance”, Widowspeak deliver a feelgood tale of a teenager coming home from a dance. He either has been named Prom King or just shared the most memorable dance with a young woman. Regardless of the moment, he can feel “all those adorning eyes on you”. A shimmering radiance surfaces from “Forget It”, which features a stirring guitar arrangement from Thomas. Although there is pain in Hamilton’s lyrics, a sense of relief is also heard in her voice because the protagonist of this story can finally move on. She can finally traverse familiar roads without covering old ground.

This statement, too, makes Widowspeak so unique and remarkable. Specifically, few bands are able to turn melancholy into widescreen dazzlement, yet Molly Hamilton and Robert Earl Thomas have mastered this art. Actually with The Jacket, they achieve artistic perfection.

The Jacket is available at these links and directly on Bandcamp via Captured Tracks. 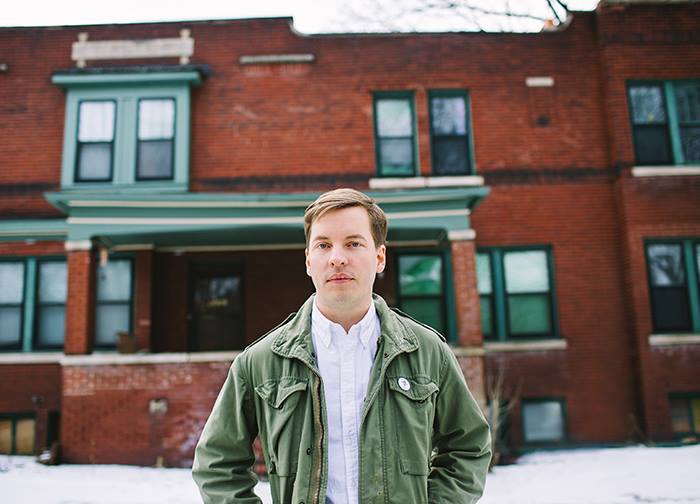 Fred Thomas – “Every Song Sung to a Dog”