Like the soundtrack to a great coming-of-age film, Danish indie outfit Kindsight implore us to move beyond the past and walk confidently into the future on their superb debut album, ‘Swedish Punk’.

Plenty of artists and bands create songs that belong on the soundtrack of a coming-of-age film. In the case of Danish indie group, Kindsight, their debut album, Swedish Punk, could stand in as the soundtrack for Empire Records, She’s All That, and Singles. It’s eleven songs are full of heart and soul and brim with the sound of the ’90s. And like that era, the entire album is a topsy-turvy ride, where optimism is clouded in uncertainty and hope is overshadowed by concern. At the end, however, everyone goes home happy.

Like all the great soundtracks, Swedish Punk commences on a high with “Weekend Thieves”. A warm and inviting dreaminess welcomes listeners to the start of this film that is one part St. Elmo’s Fire and another part Dazed and Confused. In this opening scene, Kindsight find themselves back in an old neighborhood. As her band-mates deliver a blustery number, front-woman Nina Hyldgaard Rasmussen shares her loneliness.

The scenario quickly shifts to the concrete jungle on the energetic “Hi Life”. The song blisters with alt-pop vibrancy intertwined with math-rock guitar riffs. Rasmussen’s story, meanwhile, is a little wicked, as she talks about “scrawny men” with “lips like matchsticks that never did go off”. Then she deviates to speaking about seeing the love of her life across the street. So what do these disparate things have in common? The band answer the question when they sing:

Through this city Kindsight wander, as heard on The Beths-like earworm, “Party Time”. The words Rasmussen sing are clever, as she describes how her mind is like a carnival and how a sadness lingers around her. Over on the other side of town, this sadness consumes a lonely woman, whose story is told on the lovely and tranquil, “Panic Juice”. Through a minimalist approach highlighted by Søren Svensson’s weeping electric guitar, Rasmussen shares: “The neurosis lady drinks panic for juice / Mean mister maybe makes my baby choose”.

The shimmering dream-pop of “Sun Is Always in My Eyes” brightens the mood and momentarily pushes aside the darkness. The arrangement rekindles the days when guitar-pop reigned and bands like The Cranberries and Sixpence None the Richer had teenagers and college kids basking under their radiance. A childhood-like innocence fills Rasmussen’s voice and lyrics, as she reminisces about the person she saw sitting in the same spot on the bus. She is the symbol of stability that has vanished.

This sense of loss is echoed on the Big Thief-esque “Trampoline to Me”, where Rasmussen uses the changing of the seasons and the migration of the birds to represent the changes in her life. Meanwhile on the languid ballad, “Laughing Wood”, Kindsight turn a love story on its head, as they take the most powerful emotion and put inside a Friday the 13th setting. As Rasmussen sings with eye-opening calm:

The emotional pain quickly goes away with the top-tapping pop-rock of “Don’t You Grow Up”. Sounding like a blend of Sixpence None the Richer and The Martinis, Rasmussen, citing numerous Biblical references, sings about the insatiable itch to be free. The bubbly twee of  “Queen of Cowboys” is the anthem by which a hero descends over the horizon. This person, however, is no John Wayne nor Clint Eastwood. Her name is Evita, who tries to make ends meet through humble means. She is, in other words, one of millions of underappreciated, modern-day heroines.

And all can be like Evita by channeling their inner “Swedish Punk”. With Anders Prip’s Peter Hook-like bass line leading the way, the band encourage us to don our favorite jacket and walk confidently down the street. Life may have changed, but it should not keep us down. Instead, embrace the present and future by remembering the past, as Kindsight have done.

Swedish Punk is out everywhere via Rama Lama Records. Get it on Bandcamp. 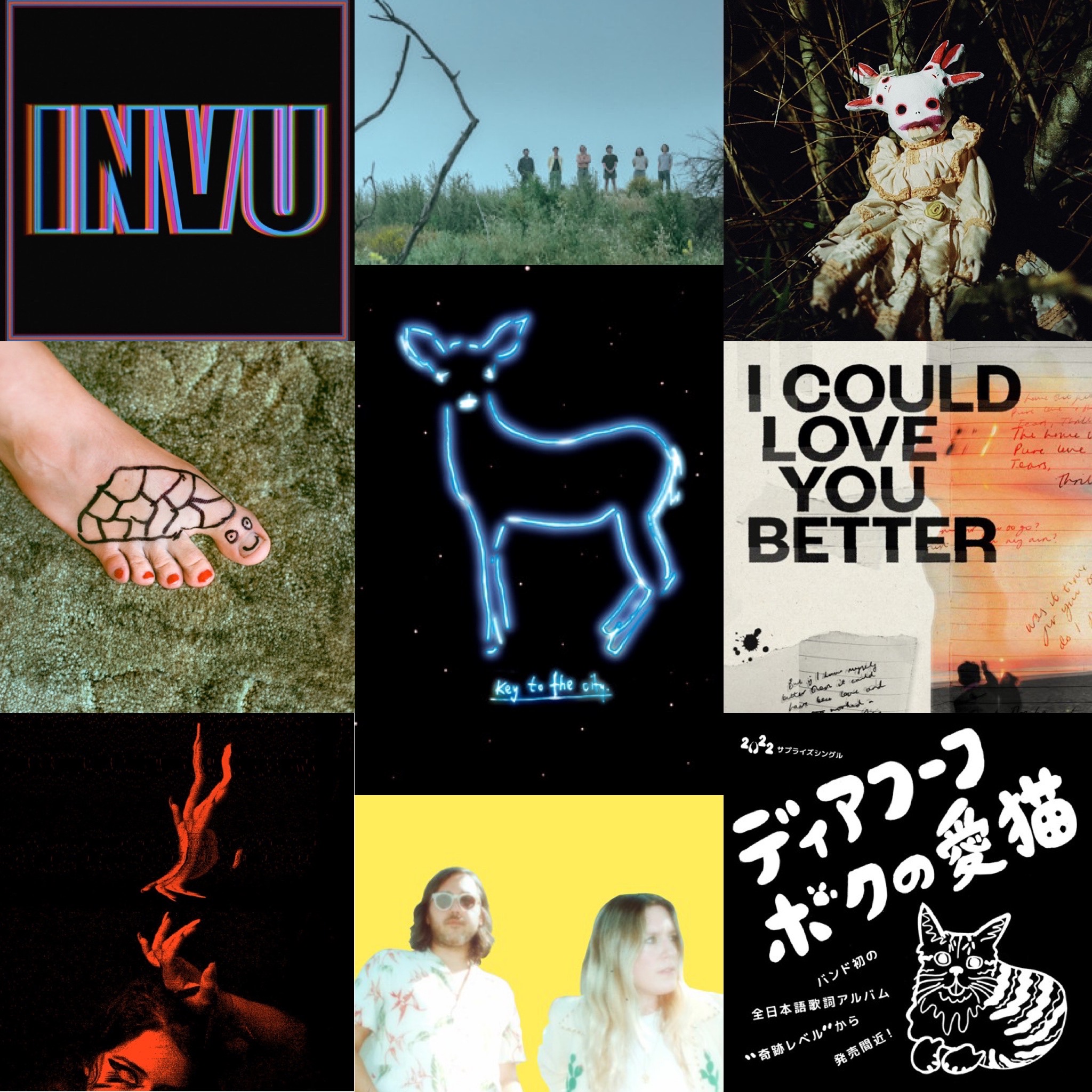