The Matinee ’22 v. 045 provides a shot of adrenaline at the start before easing into more contemplative fare. These eight songs reflect how great music with poignant stories can be found in all genres.

As always, these songs are included on the Songs of April playlist. Find it on SoundCloud and Spotify.

Since their arrival in 2005, Foals can be trusted to do one thing: create music that is meant to be heard loud. Their songs to date mostly have revolved around explosive, anthemic rock that is made for wake-up calls, Wembley-sized stadiums, and dancing. For the next chapter in their storied careers, they show no signs of slowing down. On the contrary, they’ve appeared to have found the fountain of youth if the first singles from the trio’s forthcoming new album, Life Is Yours, are any indication.

“Wake Me Up” was a funk-instilled mind-bender while “2am” resembled an early-morning adrenaline rush. Whereas most outfits’ third single would be mellower, Yannis Philippakis, Jack Bevan, and Jimmy Smith forego such thoughts. They instead have one thing in mind – to wake us up again with “Looking High”.

Get off your keisters in order to fully absorb this boisterous and cathartic number. While we delight in Philippakis’ and Smith’s surging and tingling guitars, the Devo-like keys, and Bevan’s feverish drumming, Foals historians will note how the track is a reflection of the band’s multi-genre beginnings. Math-rock twangs and neo-psychedelic vibes emanate through the guitars while funk grooves pop in the rhythms. This track, however, sounds anything but nostalgic. It is instead another example of how Foals are ahead of their times, formulating a song that crosses several musical realms and ages to create something fresh. In many ways, this song is the band embracing their past – well, as Yannis says, it’s more about a hedonistic time in his life and he’s fortunate to be around today.

Life is Yours will be released June 17th via ADA/Warner UK Ltd. Pre-orders available on the band’s online store.

Have You Ever Seen the Jane Fonda Aerobic VHS? – “Pool” (Kouvola, Finland)

Many bands have great names, but the music often does not matches their creativity. Finnish trio Have You Ever Seen the Jane Fonda Aerobic VHS? don’t suffer from that problem. Thank goodness because it would be a shame to be known as the outfit with the best name on the planet yet under deliver. For as long as we’ve covered them (since August 2015), they have consistently astounded us with their musical and lyrical bravado. Their music is off-the-wall amusing while their stories are often, let’s just say, unique and even a bit nonsensical. These qualities, however, are why we adore Susse Stemma-Sihvola (vocals, bass), Ekku Lintunen (vocals, guitar), and Janne-Petteri Pitkälä (drums) because they’re having a good time. They also want us to have a lot of fun, and they make us smile and go berserk with “Pool”.

The title says it all – this song is made for the forthcoming summer parties. It is an amusing and boisterous pop-rock ear-worm that will stay embedded in your mind for hours if not days. We dare you to spin this in the office or out loud for your neighbors to hear and see what happens. The most likely outcome is that a little party will commence with people bopping around, widely grinning, and maybe even doing a few hand claps in time with the electric drums. Then they might be shouting along with Stemma-Sihvola and Lintunen, as they sing:

We’re not exactly sure what the lyrics mean, but who cares because this tune is meant to bring people together (and maybe that’s what these lyrics mean).

So far, Thom Yorke, Jonny Greenwood, and Tom Skinner have done anything but make fans smile to the music of The Smile. This is not to say that the songs to date have been disappointing. On the contrary, “You Will Never Work In Television Again”, “The Smoke”, and “Skrting On The Surface” have been amazing. They’re just more contemplative in tone and made to be heard with no distractions. Just like Radiohead’s music, listeners cannot allow their minds wander if they are to truly appreciate and experience The Smile’s multi-sonic dimensions. This is particularly the case for “Pana-Vision”.

Pensive and like a hallucination, “Pana-Vision” commences with a dark, mysterious tone as Yorke’s falsetto hovers over a morbid piano arrangement. It then turns into a jazz-like soirée, as a light bass and Skinner’s lithe percussion enter the fray. Shortly thereafter, a small orchestra is heard, adding yet another layer to this hypnotic tune that questions reality and fate. Yorke’s songwriting is once again superb, as he tries to make sense of what he sees before, within, and around him. While he wrote this song a few years ago, his words are omniscient.

The date and title of The Smile’s debut album have yet to be announced. The only thing anyone knows is that XL Recordings will release the LP when the band is ready to share it.

Even though Noah Slee has transplanted to Berlin from Auckland, he still has Aotearoa strongly in his soul. While he has the talent to be a major R&B and soul singer if he followed the industry’s formulae, he has instead chosen to his use art to communicate. He has chosen to follow the paths of Aldous Harding, Marlon Williams, Ria Hall, and others and, thus, truly embody the term, singer-songwriter. His style, too, is very much old-school, where he resurrects the ’90s with “Golden”.

Like the music of D’Angelo, Babyface, and Usher, the tune is cool, intimate, and immersive. The tingling, crystalline guitar line hovers over top the terrific pulse of the bass line and the awesome, jazzy percussion. Slee’s voice, meanwhile, shines, as he reflects back on his past and the traumas that have come to define him.

German star Joy Denalane adds another element of calm and coolness, providing the perfect balance to Slee’s emotive delivery. Her lines are like those of a mother or a sister, who tries to explain what and why the events have happened. This is part of Slee’s genius – telling stories from different perspectives and realizing there are two sides to every tale.

Alfie Templeman is unlike most rising pop stars. Sure his music is upbeat and catchy, but it also has a tremendous amount of depth. The Bedfordshire native does not follow the usual cookie cutter approaches. Instead, he spans genres, whether it is neo-psychedelia or Foals-like anthemic Brit-rock. In addition, he’s not solely singing about the usual themes – love, heartbreak, infatuation, being dissed by people. Actually, he seldom touches on these themes, but he focuses on stories about growing up, societal ills, and adventures to come. We find the 19-year soon-to-be superstar once again going beyond the tried-and-true with “Leaving Today”.

With the ’70s-infused psychedelic-pop delirium of Unknown Mortal Orchestra spinning in the background, this groovy and dizzying tune is made for disco clubs and road trips alike. It’s simply a song to get lost in. Templeman’s tale, however, is one of excitement and trepidation. There is elation in knowing that we can travel again and reunite with people – or in Templeman’s situation, the ability to tour again and reconnect with fans. Anxiety and uncertainty, however, also accompany his joy because what awaits is unknown and he has found harmony at home.

Templeman’s new album, Mellow Moon, will be released May 27th on Chess Club Records. Pre-orders available at Templeman’s online store and on Bandcamp.

Those immersed into the UK music scene will know the name Carmody, who has often worked with Tom and Laura Misch. As a solo artist, however, she gets to truly shine, as the London-based multi-instrumentalist can reveal all sides to her craft – that as a creative composer and producer, the raw intimacy of her songwriting, and her exquisite, ghostly voice. Although Carmody has built a solid fan base, her popularity could and should skyrocket when her debut album, Imperfect Constellations, is unveiled later this spring. For those unfamiliar with her music, she presents “Hurricane”.

A lovely, tranquil guitar line opens the track, creating the pensive yet immensely intimate setting. Carmody’s stunning vocal, though, immediately hits hard. “Do you dream in colour anymore? Sometimes I wonder if you dream at all”, she asks a loved one, which may be a parent, sibling, friend, or partner. Soft, stuttering beats, calm but rapturous strings, and a humbling bass then emerge, adding a widescreen effect. The song, however, never loses its intimacy nor desperation, and Carmody’s words become even more poignant.

Imperfect Constellations will be released July 6th via Young Poet Records. This could be the start of a wonderful career.

One of the year’s early great albums is Supercarry from Danish outfit Lucky Lo. It is a wide-ranging compilation that includes lush, gentle tunes, energizing dance numbers, and gorgeous ballads. Among the LP’s standout songs include “Sunrise/Sunset”, “Mary Mind”, and “Ever!”. Even its ultimate track track, “Receiving/Giving” can standalone as a single because it is another stunner.

Most albums end with a mellow tune that is meant to leave listeners in a relaxed and serene mood. Lucky Lo, though, use Supercarry‘s last song to share one final message. A touch of sultry jazz, noted in the plucky bass line, is infused to this emotive pop-rock tune. It sounds like something that Aldous Harding would create – endearing, engaging, creative, and awe-inspiring. Similarly, the star is Lo Ersare and her smoky vocal. She reminds us that we are all part of the same team in this grand game called life. She reminds us to live each day to its fullest while obliging by the Golden Rule. Such a message is one we need to hear each day in order to avoid tearing each other apart.

Mama’s Broke have a story that Newport Folk Festival would love. For that matter, their story is right out of a folk music’s long history. Traversing North America and Europe for inspiration, fine-tuning their craft, and then finding a kindred spirit, folk-roots duo Lisa Maria’s and Amy Lou Keeler’s experiences are no different than those of John Prine, Joan Baez, Joni Mitchell, and Bob Dylan. But instead of landing in Chicago, Laurel Canyon, and New York City, they ended up in the gentle hills of Nova Scotia. Like these legends, their path will eventually see them play at the legendary Festival one day. When they do, they will leave the audience silence in captivation thanks to songs like “Narrow Line”.

The pair’s latest single is classic Appalachian folk, and it is superb. There are no bells or whistles; just the strumming of an acoustic guitar and a banjo and Maria’s and Keeler’s gorgeous harmonies. While the approach is very tranquil and intimate, the song possesses an underlying darkness and urgency. It’s almost a plea for help, as they recount how all the monsters and devils they’ve encountered almost broke them.

Lisa and Amy have a very special thing going on. Someone ring up Newport Folk Festival and get them on this summer’s lineup.

The duo’s sophomore album, Narrow Line, arrives May 13th via Free Dirt Records. Pre-orders available at these links and on Bandcamp. 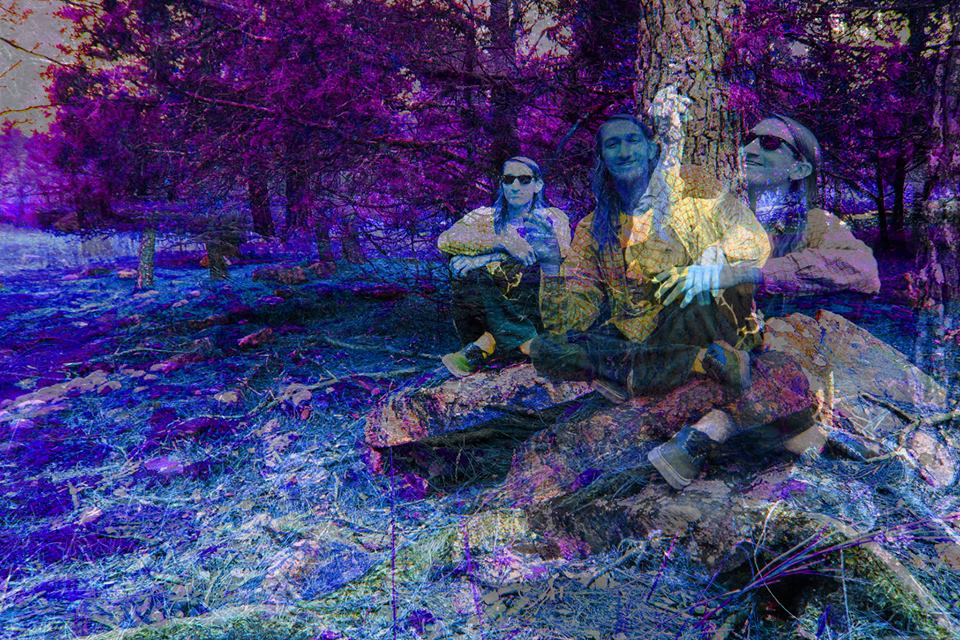 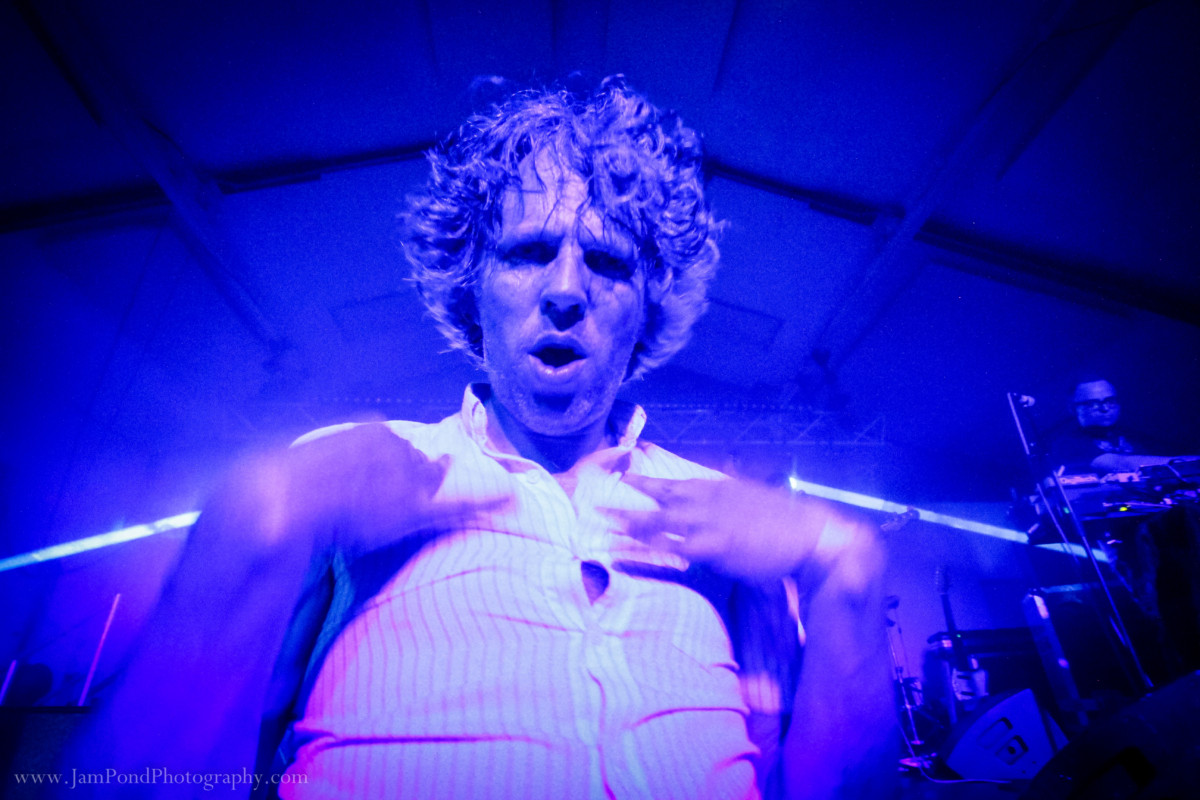