Fontaines D.C.’s ambitious, bold, and outstanding third album, ‘Skinty Fia’, showcases a band whose ceiling is limitless. It’s intelligently political without being preachy while, at its heart, being truly humane.

Five years into their careers as Fontaines D.C., Grian Chatten, Conor Deegan III, Carlos O’Connell, Conor Curley, and Tom Coll carry a heavy weight. Many recognize them as a generational band – the rare outfit that can astound musically and lyrically and, thus, always leave people on the edge of their seats. They also are viewed as a country’s most exciting and potentially landscape-shifting band since U2. The quintet, however, have no one to blame but themselves after releasing two of the 21st Century’s greatest albums in Dongrel and A Hero’s Death.

The challenge for Fontaines D.C. now comes in the form of not merely sustaining their upward trajectory but to not remain stagnant. This is a noted goal for the band, who want each album to sound different from the other. To achieve this, four of the five members moved to London (Curley remains in Dublin) to immerse themselves in the English capital’s dynamic music scene. They also found inspiration from the move – what it means to be Irish, which is the central focus of Fontaines D.C.’s bold and enterprising third album, Skinty Fia,

Translated from Irish to English, Skinty Fia means “the damnation of the deer”. The image of the Irish elk on the album’s cover is symbolic in many ways. It represents strength and pride of who they are. The elk also went extinct over 4,000 years ago when its antlers became too large and heavy for the animal to endure. For a band that is now mostly based outside Ireland, they face a similar threat to their own existence – whether their new home will overwhelm their heritage and roots. But for one album, the scrappy, underdog mentality that occupied their first two albums prevails and it is revealed immediately.

“In ár gCroíthe go deo” is a subtle protest against a critical English institution. Translating as “In our hearts forever”, the track opens with a harrowing bass line. Meanwhile, the band assumes the form of a choir, repeatedly chanting the song’s title. Chatten’s voice emerges, telling the story of the late Margaret Keane and her request that a Celtic cross inscribed with the titular words be placed on her gravestone. The Church of England denied it on the grounds that the words could be interpreted as a “political statement”. The Court, however, ruled in the family’s favor, but the incident was an introduction to the band on how the Irish still needed to fight for recognition. Chatten captures his feelings when he repeats, “Gone is the day, gone is the night, gone is the day”.

The band’s new surroundings also have given them the opportunity to reflect. On the brooding, Iceage-like “Big Shot”, Chatten’s lyrics are introspective. He acknowledges how they are chasing after a dream in another place where the opportunities are plentiful.

Home, however, cannot easily be removed, as there are many stories to be told. This is even the case when the five-piece go in a different sonic direction, as they do on the Brit-pop touched “Jackie Down The Line”. The tapping percussion, the strumming acoustic guitar, and the delayed, crystalline guitar (which echoes a young The Edge) illuminate the track. However, a darkness still exists with the probing bass and Chatten’s vocal. His story is even more foreboding, as he addresses the toxic masculinity that still runs rampant in Ireland and the world through the death of a woman named Sally. With this event, Chatten, too, dies a little, as his focus is centered on revenge.

“So come on down to Sally’s boneyard
See her spirit in decline
See the handsome mourners crying
They hawked a beating heart for a sturdy spine, yeah

What good is happiness to me
if I’ve to wield it carefully?
For care I’ll always come up short
It’s only right”

“I Love You”, one of the album’s many centerpieces, critiques the very foundations of his homeland. A foreboding, Gothic bleakness develops, and it possesses the sonic intensity of Joy Division and The Cure. Chatten takes this palette and paints a brilliant scene that captures the angst and despondency of Irish youth. He sings about the ruthlessness of capitalism, the rigidity of religion, and how eternal gloom leads to epidemics. Chatten’s lyrics are similarly ruthless.

“Selling genocide and half cut pride I understand
I had to be there from the start, I had to be the fucking man
It was a clamber of a life I sucked the ring off every hand
Had’em plying me with drink, even met with their demands
When the cherries lined up I kept the spoilings for myself
’till I had 30 ways of dying looking at me from the shelf”

Even bleaker and gloomier is “Bloomsday”. Its stark, harrowing, darkgaze tones and Chatten’s downtrodden vocals are mesmerizing. The approach represents the constant grey that enshrouds Dublin and the hopes of its youth. Chatten, too, articulate the hopelessness that infects the city’s inhabitant. “Looking for a thing no do-er’s done / We won’t find it here my love”, he nonchalantly sings. The manifestation of the city’s ills is further highlighted on the terrific and sinister “Skinty Fia”. Early ’90s darkwave is woven together with plodding, grimy post-punk and a dash of krautrock. The interplay between the sparse, dabbling beats, the shallow throbbing bass, and the dissonant, crystalline guitar is hypnotic. In the middle resides Chatten’s gripping vocal, and he tells a fantastic tale of all the things that made us who we are, for better and for worse.

Not all things are foreboding, as change breeds opportunity. On “Roman Holiday”, Fontaines D.C. get a little hopeful. With a superb, stark bass line driving the number and a crystalline guitar ricocheting off the stuttering percussion, Chatten describes how a couple not-from-here can still make their new residence feel like home. Where they can enjoy its many amenities yet be reminded that they are still Irish at heart.

“Baby come on whose side are you on?
I don’t wanna see the queen
I already sing her song
While they’re snuffing out hopes and they’re blotting out suns
They claim to know the form in which genius comes“

The album does have its share of surprises and none more so than “The Couple Across The Way”. Featuring Chatten alone with an accordion and a piano, the song sounds like a stripped-down Beirut number. Chatten’s voice and storytelling, too, echo of Zach Cordon. Sitting at his window sill, he narrates the daily life of his neighbors. He does not know their names, but he watches them argue, make amends, and repeat the cycle each day. He assumes the role of one partner, sharing, “Babe it feels like it’s all happened 23 years of the same / And I’m sorry ’bout this morning for the damage I will pay”.

“Nabokov” ends the album with a The Verve-like fervor. It’s an urgent rocker about pain and loss – or in this case the loss of one’s innocence. Like Nabokov’s controversial novel, Lolita, the protagonist of this tale has lost all hope and no longer wishes to be submissive. The only way to stop it is to end it all. “I did you a favour / I bled myself dry”, Chatten hollers. It’s an uneasy way to finish a record, but Fontaines D.C. do not arrive as a generational band by playing it safe. On the contrary, they’ve done it by taking chances. They’ve done it by writing songs that capture the imaginations, thoughts, fears, and ideals of the people.

Skinty Fia is out on Partisan Records. Purchase and streaming links are available here and directly on Bandcamp. 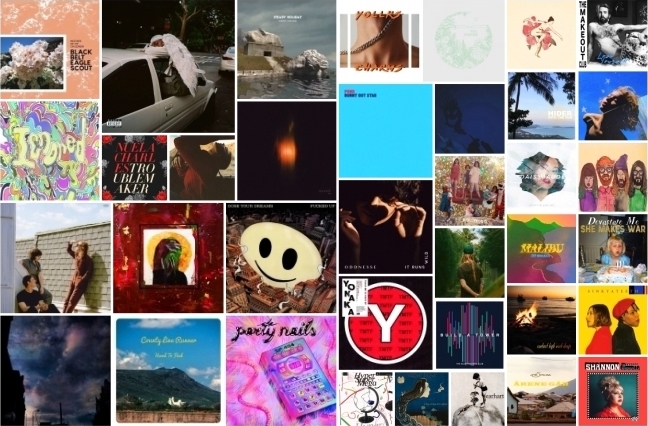 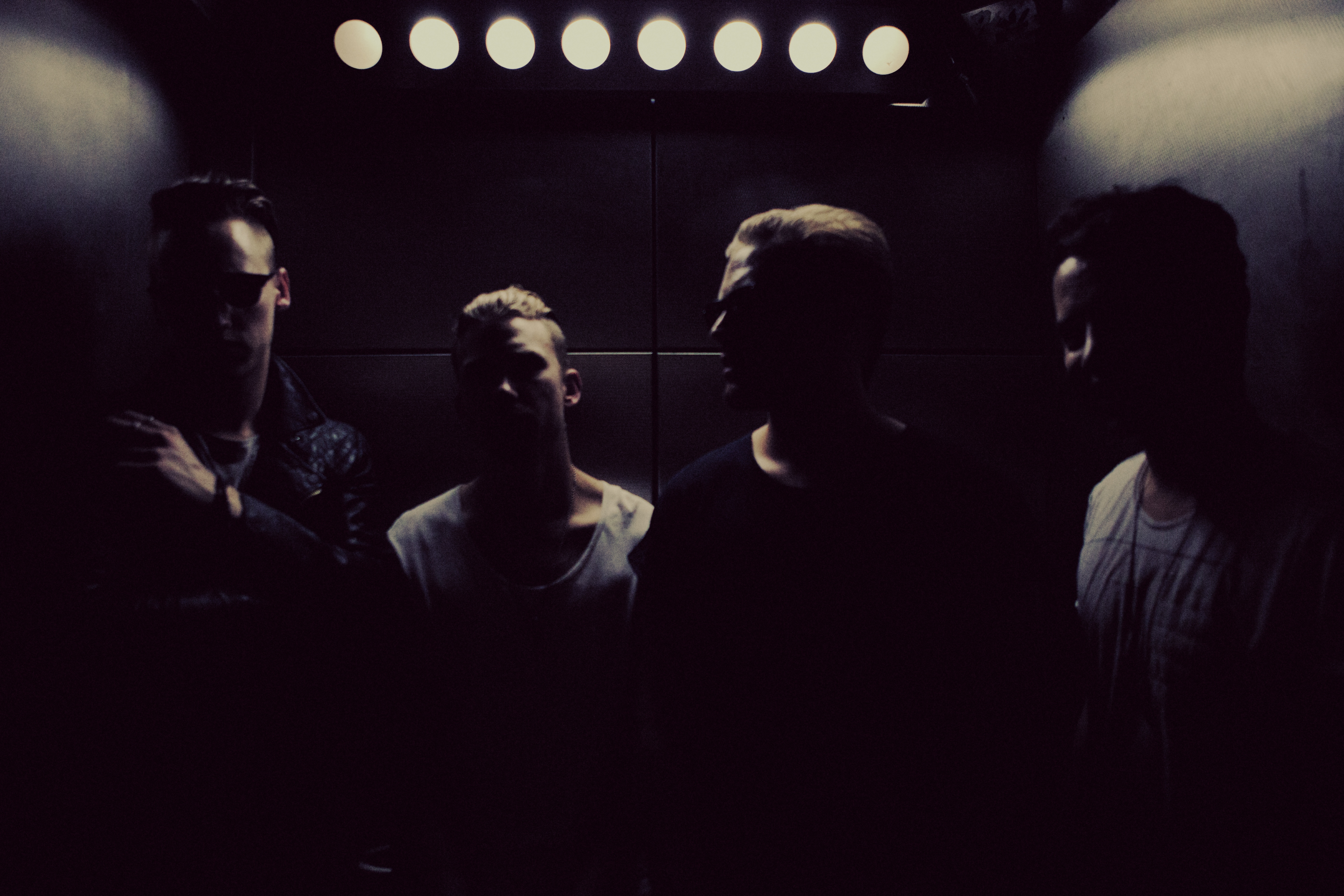 Max and the Moon – “Modern Love”