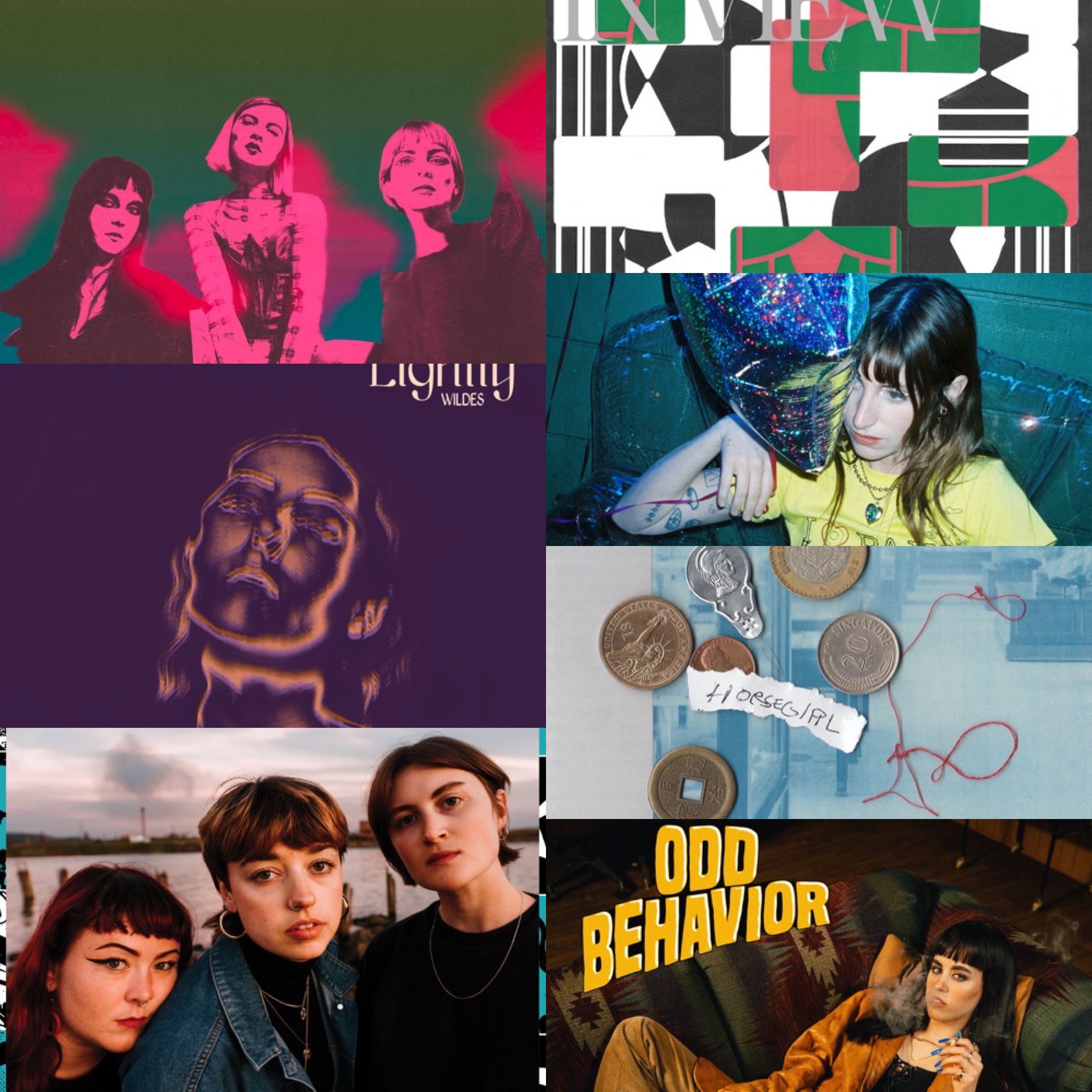 The Matinee ’22 v. 065 has a strong retro vibe with many of the seven songs channeling the great era that was the ’90s. So for older folks, take a moment to look back while younger music fans will get to understand why that decade is considered the last great musical revolution.

These tracks are included on the Songs of May Playlist, which can be found on SoundCloud and Spotify.

RIYL: Warpaint, The Wants, Nelson Can

Some bands act cool. Others, meanwhile, ooze it, and Automatic is the definition of cool. For starters, Izzy Glaudini (synths, lead vocals), Lola Dompé (drums, vocals) and Halle Saxon (bass, vocals) create captivating art-punk and dark-pop without the use of a guitar. How many bands can make this claim? Second, they turn genres known for their bleak, stark tones into dance-floor affairs, as evidenced with the jerky “New Beginning” and bouncy “Venus Hour”. For their third single of 2022, they slow things down and have us spinning in a fog with “Skyscraper”.

The trio’s latest single is music’s equivalent of a pocket watch – totally mesmerizing and resulting in hypnosis. Saxon’s bass is sensual while Dompé’s patient and controlled drumming has the same alluring effect as Warpaint’s Stella Mozgawa. Slicing through the rhythms are Glaudini’s ghostly vocal and searing synth. Her delivery is nonchalant, which is perfect for the role she plays in this tune. She recounts meeting a rich sociopath (think Christian Bale’s character Patrick Bateman from American Psycho) who complains about the social housing projects emerging around his 100-storey building. He is greed personified, who is only concerned about his own welfare than that of the city and country that gave him his wealth and success.

The song is taken from Automatic’s new album, Excess. It will be released June 24th on Stones Throw Records. Pre-order the LP at the label’s store and Bandcamp.

In two days, the long-awaited debut LP from Cola arrives. By now, most indie fans know that the project features Tim Darcy and Ben Stidworthy of Ought and Evan Cartwright of US Girls, and it represents a new chapter for three of Canada’s most gifted artists. Together, they have made refreshing, spunky art-punk and indie rock. The three songs released to date – “Blank Curtain”, “So Excited”, and “Water Table” – revealed their ability to re-imagine the aforementioned genres while chronicling how life has evolved in the 2020s. Adding to their historical and sociological thesis is “Fulton Park”.

A bouncy, lighthearted art-rock approach emerges with a bouncy, stand-up bass leading the way. As such, the song unexpected feels like its perfect for skipping in the park, at least until the song goes a bit off the rails and Darcy’s voice mimics a person who has fallen and cannot get up. As the song chugs along, the purpose of the shifts between playfulness and stumbling theatrics becomes clearer. They represent two sides of the world’s history – a place of harmony and easiness and the other a dystopian environment where the natural is replaced by plastic imitations. As Darcy cleverly states:

“We were pulled over for imitating landscapes

Follow the wires above the car
They delineate the hour of the star
A howling sound I could not identify
Between minutes like a fly, like a fly”

Once again, Cola’s debut album, Deep In View, is out this Friday, May 20th via Fire Talk Records and Next Door Records. Pre-orders available here and on Bandcamp.

More than three decades ago, the last great genre emerged out of the Pacific Northwest. Grunge would forever change the fabric of contemporary pop culture, providing us with some of the most influential bands, seminal albums, and anthems. Whether we’ll ever return to the days when guitar-driven music reigned remains to be seen, but if it does Horsegirl will likely be at the forefront of this revolution.

What differs Penelope Lowenstein (guitar, vocals), Gigi Reece (drums), and Nora Cheng (guitar, bass, vocals) from Nirvana, Hole, Pearl Jam, Garbage, Soundgarden, The Stone Temple Pilots, and The Smashing Pumpkins is that the trio are still in high school. So when seeing them shoot a video in an auditorium, they literally went to that institution (in this case the elementary school Penelope attended). That’s where we currently find the band, who previously gave us the gauzy “Billy”, the post-punk-inflicted rocker, “Anti-Glory”, and the grunge-gaze “World of Pots and Pans”.

Horsegirl adopt a vintage, grainy, ’90s VHS approach for the video to “Dirtbag Transformation (Still Dirty”). The attire, too, is extremely ’90s, which just heightens the track’s retro outlook and lyrical power. Like the music during the height of the grunge era, the band share observations of some of the characters they’ve encountered, including family members, and how they, like the three, are imperfect. And there’s nothing wrong with that, as our imperfections make us who we are.

The ’90s, however, were more than just grunge. It was also the decade when dream-pop, dreamgaze, and shoegaze peaked. But thanks to the emergence of several bands, mostly from the UK, we get to relive the days when The Cranberries and The Sundays would persistently blare on the airwaves. We basked in their their fuzzy delirium and the mesmerizing vocals of Dolores O’Riordan and Harriet Wheeler. Today, we get to feel those same emotions and sensations with Adwaith, who seriously intoxicate on “Wedi Blino”.

One does not need to speak Welsh to be blown away by the gorgeously dreamy number that Hollie Singer (vocals, guitar), Gwenllian Anthony (bass, keys, mandolin), and Heledd Owen (drums) have created. The track, however, is not just mesmerizing, but it blisters with an urgent dynamic that emanates from Anthony’s pulsing bass and Singer’s rising vocal. It is quintessential the ’90s – a song that elicits multiple emotions while still finding a way to take our breath away.

If you’re curious, the English translation of the lyrics are as follows:

“I’m tired, I feel like life is running away, running away
The smell of anxiety, suffocates me it’s so hard to breathe, to breathe

When I’m with you it doesn’t feel like it should, every day, I’m not free
Look at me with your golden eyes, every time you want me, just say the word”

The track is taken from Adwaith’s forthcoming, sophomore album, Bato Mato. It is out July 1st via Libertino. Pre-orders available at the label’s shop.

The musical progression of Jillian Medford has been interesting to follow. The early Ian Sweet sound was defined by rough-around-the-edges rock songs and Medford’s untamed vocals. Since then, she refined that rock sound with 2018’s Crush Crusher, and then expanded to completely new poppier and electronic sounds with last year’s Show Me How You Disappear.

With the shifts in sounds, there’s one constant: Medford is among the most honest and relatable songwriters out there. On “Fight”, Medford sings of a relationship during the pandemic. It’s about those days in isolation with another person, unsure of whether things will work out and passing the time just to get through the moment. There are plenty of songs about the pandemic, but the way Medford presents “Fight” makes it stand out. It captures everything from the rise in tensions due to being isolated together, the boring everyday life that became so normal, and what was left after the relationship. Musically, it dives into some fantastic dream-pop territory from its reverb guitars to its drum machines as well as Medford’s ever-shifting voice.

“Fight” will be on Ian Sweet’s upcoming EP, Star Stuff, which has no set release date at the moment. Polyvinyl Record Co. will release it.

It’s strange when someone takes on a pseudonym to feel more like herself, but that’s the story of Angie Miller, who finished 3rd on American Idol in 2013. The pop-star life and pressure was taxing on Miller, who felt like she needed to shed her old name for something new. Thus, Zealyn was born. With that came a creative freedom to make the music she truly wanted to.

With her latest single, “Odd Behavior”, Zealyn sings of escapism. Whether it’s playing video games or drinking, “Odd Behavior” is about how fixating on certain hobbies and tasks can help relieve some pressure, yet they can be isolating and perceived as “odd” by outsiders. However, that doesn’t stop “Odd Behavior” from being a upbeat and joyously danceable number that is full of lush harmonies and a killer bass groove. The guitar work sets up the song’s breakdown that borders on surf rock, and it’s a huge departure but adds to the song’s fun atmosphere and Miller’s introspective lyricism.

“I’m unaware of the hour
It might be a waste
But it’s the only time that I feel safe
Apathetic, call it aesthetic, poetic
That I’m hoping for my world to disappear”

When Ella Walker was 19 years old, she blew us away with her mature songwriting and breathtaking vocal. Now in her mid-20s, those qualities have only gotten more pronounced on the latest WILDES single, “Lightly”.

Piano and percussion like a heartbeat set the tone immediately and provide the canvas for Walker’s powerful and captivating voice. As the song builds, it moves from just her voice to dense harmony that keeps building upon itself. The progression gives way into a dreamy section that takes the track to its stunning conclusion. Walker’s tale is powerful, both in its sound and in its message. She seeks to find strength and faith in herself while examining the decisions she’s made, even when outcomes were uncertain. As she eloquently sings:

“And maybe I love the way I can fall on my feet
Keeping my own kind of bible
Maybe I love how I feel in the wind,
I’m the breeze,
So light”

The single is out on AWAL, and Walker’s debut album is expected later in 2022. 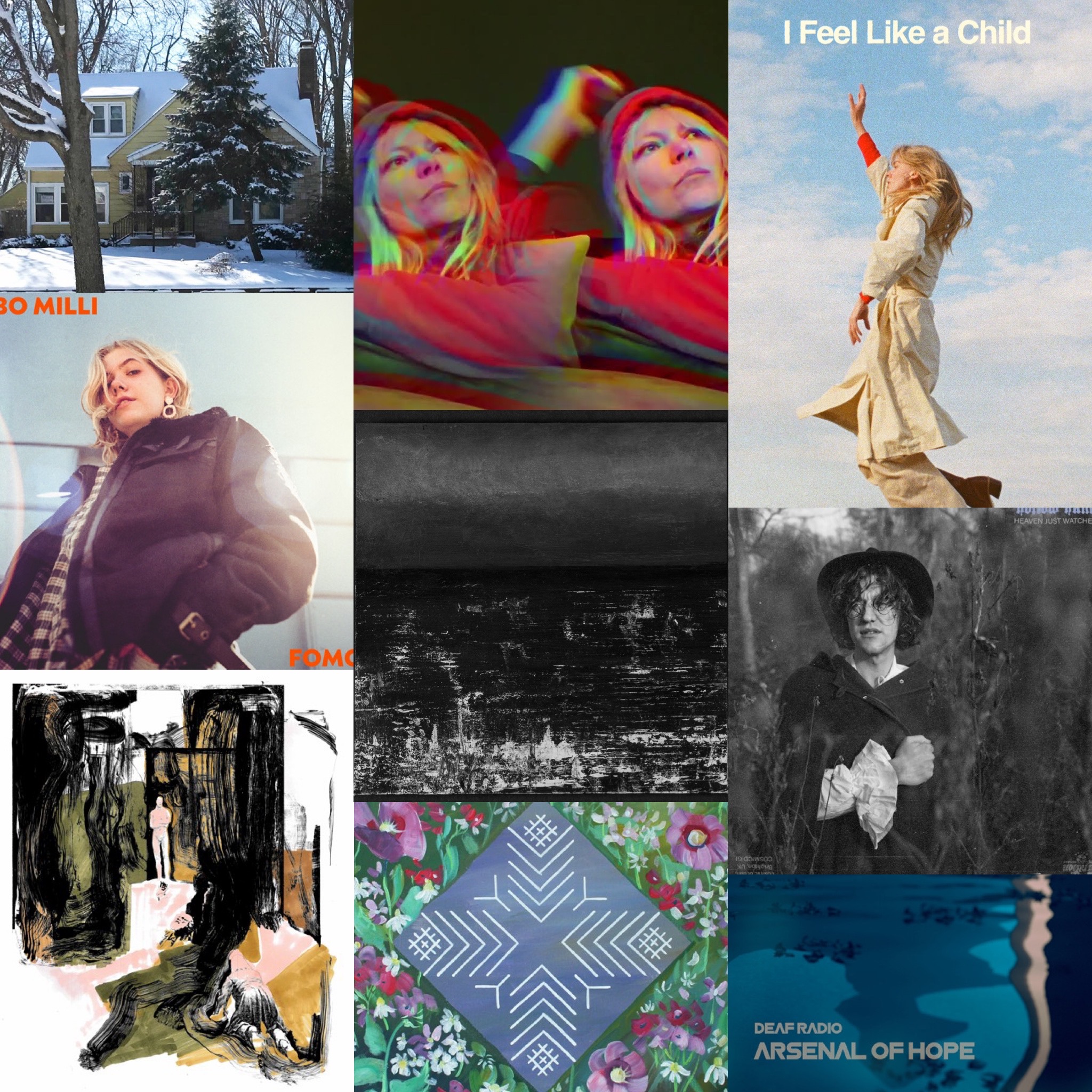 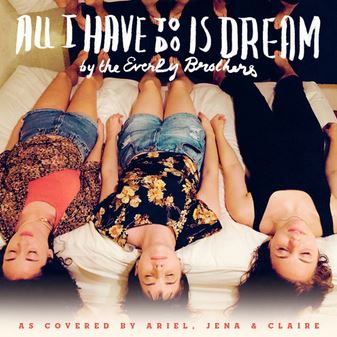 CoverBack Thursday – “All I Have to Do is Dream” by Jena, Claire and Ariel