On the second half of our music doubleheader, The Matinee ’22 v. 095 features plenty of drama, figuratively and literally, as well as songs full of mystery, heart, and sincerity.

Part 1, The Matinee ’22 v. 094, is available at this link. To hear all the tunes we’re spinning this month, visit the Songs of July 2022 playlist on Spotify or SoundCloud.

Since the last time we shared a song from R. Missing, which was five years ago when they shared “Unsummering”, one major change has happened. Five years ago, it was Sharon Shy and Toppy’s project. Now, it is Shy’s solo project. While she is operating alone, she still craft hypnotic art, as evidenced by Verónica Pass that was released in April. For that matter, by taking full control, she can mesmerize even more, as revealed on “New Present City”.

This song is not made for summer. Instead, it’s ideal for mid-autumn, where night settles earlier, one’s breath lingers in the air, and the cold embraces us like a blanket. The track, as such, embodies the meaning of entrancing and one may even stay it is a piece of darkwave entrapment. Each element is patiently delivered so that Shy can devour us with her lush vocal and penetrating words. Each element tightens its grip on us with each passing second, ensuring we won’t attempt to escape this dark, mysterious world Shy has crafted. And why would we since this destination is also hypnotically stunning? Why would we want to leave Shy’s side as she waits for her moment to breathe again.

We all would like to meet our favorite bands and artists. Then there are those with whom we would love to share a meal and a few beverages, chatting for hours in order to understand how their process. Kiwi Jr. are one of the groups with whom we could chat endlessly, discussing the origins of their name (may or may not have to do with Dunedin sound that influenced their earlier songs), how the creative process starts, and just how their minds function. Their songs balance entertainment with intelligent insight, as they did with “Unspeakable Things” last month and again on “The Extra Sees the Film”.

Arguably the best Canadian band on the planet summon their inner Stephen Malkmus and the Jicks to share a breezy new single. A light, head-swaying melody emerges at the start that is equal parts ’70s rock, ’80s chamber-pop, late-’90s dreamgaze, and 2010 art-rock. It’s like music made in technicolor, and it’s colorfully delightful. Front-man Jeremy Gaudet’s songwriting is even more vivid, as he brilliantly explains how the lines between fiction and reality have become blurred. At the end of the day, we are all extras in this grand film called life.

When Ella McNamara released “Migraine” from her debut EP, Moments, last year, we said her project Ellur was on the cusp of indie stardom. Despite her youth, the 21-year old was a bridge between the past and present, creating music that was one part Madonna and Cyndi Lauper and another part Highasakite and Holly Humberstone. This combination plus her terrific songwriting made her one of our Artists to Watch in 2022. We did have to wait longer than we expected to hear new music from the Leeds-based singer-songwriter, but we’ve been rewarded with an uplifting dazzler.

“Close to You” is made for reunions. It’s a song that should be played in the arrivals terminals of the world, at the end of a TV episode that sees two long separate companions embrace, and at the end of every Ellur concert. Like a seasoned veteran, the song commences with a light folktronica arrangement that is Gordi-like. It then grabs hold as the song builds, turning into a Sam Fender-like euphoric rocker. Like these two great artists, her words have multiple meanings – to be seen, to be heard, to be held, and to not lose what we once had.

And crawl into your head
Untangle all the mess
Make myself a bed
And lie in it.”

The single is out on Dance To The Radio. Here’s hoping this future star has more to share very soon.

It’s hard to believe that Daniel Alvarez and Jordan Dunn-Pilz have yet to release a full-length album as TOLEDO. This is about to change as How It Ends will be released on September 23rd. It is, as the duo said on social media, 14 years in the making! The wait was definitely worth it given what they’ve released so far.

“L-Train”, which they shared last month, was just the appetizer. It was a splendid, early-summer trip down memory lane. Now the pair share two songs that address finding security within another person’s sphere, where we find comfort in knowing that there is someone there we can lean on during these challenging times.

“Leopard’s Skin”, which is the 9th track from the album, commences with TOLEDO’s trademark, dream, folk-pop approach. It is warm and stunning, driven by Alvarez and Dunn-Pilz’s lush harmonies. The track, though, does the unexpected – it turns into a mid-tempo rocker. This change-of-pace gives the song a sense of euphoria, as if our protagonists have shed their skins and revealed their true selves.

On “Climber”, which sits in the middle of the LP, TOLEDO traverse the blissful folk-pop paths of Elliott Smith. The melody is bright and hopeful, sounding like music made to celebrate the first day of spring. Once again, Alvarez’s and Dunn-Pilz’s vocals are feathery and immersive, fluttering easily within the strings and tapping rhythms. Their words are equally beautiful and, more importantly, full of hope:

“There’s nothing to be sad about when I’m by you
You say things will change
You’ll be right here in time
To climb up to my view
See the world in my shoes
Oh, it’s easy too”

Pre-orders and pre-saves for How It Ends are available at these links and on Bandcamp. Grand Jury Music will release it on September 23rd.

Despite releasing five albums during her 13-year music career, Johanna Warren continues to fly under the radar. Those in the industry, however, know the Florida-born, Wales-based singer-songwriter is a unique talent. Specifically ask Sadie Dupuis, who signed Warren to her Wax Nine label. Ask the folks at Pitchfork, who extended an invitation to Warren to perform at their London and Paris music festivals. Maybe the sixth time is the charm, as Lessons for Mutants will be released in the fall. From it, Warren shares “I’d Be Orange”.

A light, groovy, summertime vibe builds from the light rhythms and acoustic guitar. It’s a bit Laurel Canyon in its foundation, making it perfect for this very moment. At the same time, Warren’s lyrics capture the dog-eat-dog nature of the entertainment industry. Speaking from experience, she vividly explains how the suits can quickly make someone a star and just as fast make them obsolete. Some are the deal-makers and others are the stars, but only for a short time.

“Thirst for power, hunger for fame
Always was a junkie for pain
Time to swallow bitter pills
Rectify the countless ills

Lessons for Mutants arrives October 7th via Wax Nine Records and Carpark Records. Pre-order it at these links and Bandcamp.

We’ve said it before and we’ll mention it again: the Mat Davidson-led project Twain are American music treasures. Check that, they are global musical treasures, right up there alongside Big Thief and Andy Shauf. Heck, by the time Davidson calls it a career, he might just be mentioned in the same breath as Dylan, if he isn’t already. Just listen to Twain’s discography or their previous single, “King of Fools”, to appreciate their brilliance. Or maybe hear “The Priestess”.

While we could write a few paragraphs about this stellar track that at its core is classic folk, just allocate four minutes of your time and allow Twain to take you to the cottage or to the shores of nearby lake. Let them take you to a memory from your past, where you were either the stranger being introduced to people or the one welcoming someone new. Davidson’s songwriting is impeccable, endearing, and heartwarming. 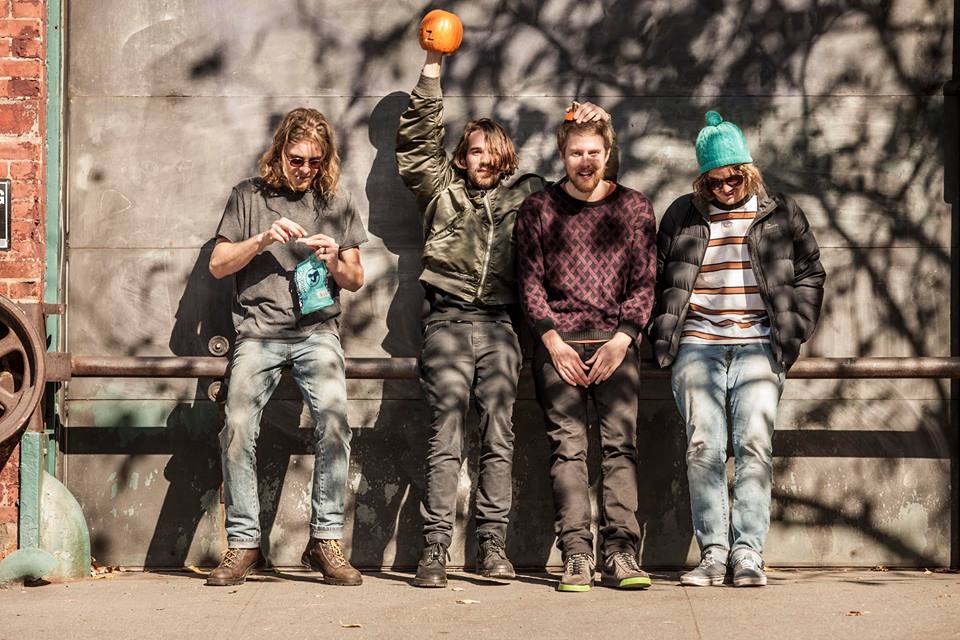 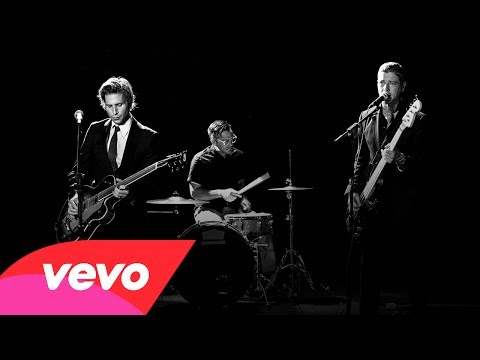