The Matinee ’22 v. 097 is once again another delight for lovers of great songwriting, featuring eight songs that range from the introspective to reflective to the whimsical. As such, you’ll contemplate, possibly shed a tear, and at the end have a good laugh.

For more emotional tunes, hear the Songs of July 2022 playlist on Spotify or SoundCloud.

While we are in the great era of innovation within indie music, there is always room for the classics, particularly an “old-fashion”, college-rock tune (if one can call the ’90s old fashion). We don’t have to look to the usual suspects like Superchunk and The Mountain Goats to do the deeds because there are plenty of bands making the “old” feel “new” again, and Oneida are one such outfit.

Yes, we know Oneida are indie-rock legends within the NYC music scene, but for the rest of the world they still remain under the radar. How that is possible is unknown to us because they are the equivalents to the aforementioned indie legends. Take for instance their last single, “Beat Me to the Punch, which nearly obliterated our speakers a month ago because we were blasting that tune at full throttle. For this month and likely many months to come, John Colpitts (a.k.a. Kid Millions), Bobby Matador, Hanoi Jane, Shahin Motia, and Barry London give us another reason to turn up the volume with “Rotten”.

“We can’t go back to the way it was before”, holler the Brooklyn-based quintet early on. Clearly, however, we can, at least from a musical standpoint because this number is super-charged and high speed, just like how the music was three decades ago. The guitars wail like they were being hammered by Thurston Moore and J. Mascis, the bass pounds with the intensity of Laura Ballance, while Millions keeps a steady pace a là Kevin Fennell. For 2.5 minutes, we do what the kids did back in 1993 – just lose our proverbial shit and rock out. We rock out because the apocalypse may arrive any day now, or so Oneida tell us. We, after all, only have one life to live, so let’s make the most of it.

So far this year, the great Miya Folick has released “Oh God” and “Ordinary”. Surely this means her new album is coming? Well, not quite as a new EP instead will be released. We’ll take it because Folick is honestly one of the most outstanding artists of her generation and with one of the most unforgettable voices. She also is a sensational songwriter, where she can be poetic, resemble a great biographer, or turn into a screenwriter. It is the latter where we find her on “Nothing to See”.

Folick’s latest single is another stellar output. Musically, it weeps with the sincerity and emotional intensity heard in The Weather Station’s and Ada Lea’s music. There is, however, a sense of cinema in the track, as vulnerability and urgency can be heard in Folick’s layered voice. She sounds like a person torn between running and standing still, and her lyrics reflect this. Folick assumes the character of a neglected partner, who despite her best efforts cannot compete with the “girls on the internet” or fit into the “Doll Kill jeans”. While she’s been ignored and even forgotten, Folick’s character cannot shake the other person from her life. As the LA-based singer-songwriter vividly describes:

“My mom was relieved when she heard I was through with you
But my heart still stops when I see a green Subaru
You told me that you loved me but you mispronounced my name
I never corrected you, cause I didn’t wanna push you away

The single is out on Nettwerk Music Group, who will release 2007 on September 9th.

Atomic Blonde – “You Became God” (somewhere in the USA)

While Atomic Blonde does not hide behind a mask nor a curtain, very little is known about the young singer-songwriter. Her name, where she’s from – we don’t have any information. From one of her TikTok videos, though, we can surmise she lives in Kansas or somewhere in the US Midwest. These questions will be answered one day because once people hear her music and voice she will not be able to hide in anonymity. Maybe “You Became God” will get more people on the case to determine who Atomic Blonde is.

The young American’s second single is stunning. It is made to be heard in the still of a quiet night, where one can completely focus on Atomic Blonde’s lush yet brittle voice. Her delivery is beautifully warm, and it heightens the emotion of her lyrics. She intimately shares how one person was once everything to her – the person she idolized and wished to become. She desired to feel the person’s touch, smell her perfume, and hear her voice. Then one day, it all ended, and this relationship turned into one of manipulation. As breathtaking her voice is, pain is etched in every word she sings.

This young woman has the makings of a star.

Back in April, Scout Gillett released a fantastic debut EP, one to ten. With four covers and one original song, one to ten had many of the qualities that have drawn us to so many of our favorite artists, but it was only a teaser. Thankfully, Gillet has announced her first full-length album, no roof no floor, which is due out in October.

The first single from the LP is the spellbinding “signal”, which kicks off with a fantastic, fuzzy bass rumble. The track’s distinctively lo-fi and DIY feel adds a lot to the atmosphere as well, specifically its gritty guitar cutting through the haze while some playful keyboards join in later. Gillett’s voice, meanwhile, is incredibly versatile throughout the song’s two and a half minutes. Around the midway point, for instance, Gillett’s voice feels like it’s equal parts Sharon Van Etten and Angel Olsen. But with a howl and undeniable power, she sets herself apart from the pack in the song’s final moments.

Gillett’s new album, no roof no floor, releases October 28th on Captured Tracks. Click this link or go directly to Bandcamp to pre-order it.

Lauran Hibberd – “That Was A Joke” (Isle of Wight, England)

From the first day we heard Lauran Hibberd’s music, we said she would become a BBC Radio favorite, and sure enough she’s achieved that milestone and much more. With a major record label in Virgin Music behind her and an upcoming album, Garageband Superstar, coming (which is one of our most anticipated records of 2022), superstardom is all that awaits her. Everyone, after all, loves fun, smart, and super creative music, which rang loudly on “Step Mum” and once again on “That Was A Joke”.

Right out of the gates, Hibberd nails a nostalgic vibe to which any late millennial or zoomer can relate. Some fantastic guitar riffs give the song a pop-punk foundation for Hibberd to lay down her witty lyricism. Despite painting a rosy post-breakup picture, the song’s title hints at denial, and listening closely to each line indicates one trying not to accept the harsh reality of being hurt. The track’s bridge features Hibberd exclaiming her happiness amid some heavy guitar chords, but she then admits “That Was A Joke”. The single is another fantastically constructed song with everything that makes us even more excited to finally hear Garageband Superstar.

With each song that Ryan Gross and friends release under the moniker Skinny Dippers, we ask ourselves, “Why did it take so long for us to get on the bandwagon?” In full transparency, Gross started to send us music about two years ago, but we never got around to sharing any of them. It was only this year with “Wedding Ring” and “Home” that we truly appreciated his talent. Gross is an American songwriting treasure, as he paints incredible stories that are filled with raw emotion yet are relatable. The tale he tells on “Past Selves” is another that we are all familiar with.

Twangy and jangly guitars and light patters of the rhythms create a wonderfully, blissful, summertime melancholy. It’s music made for backyard patios, long evenings at the cottage, and a slow drive through the countryside. You cannot help but smile to the melody, and you might also find yourself in a slight daze. However, keep your ears open and listen to Gross’ tale of a young, innocent man seeking to make a life in the big city and unexpectedly finding love. And an older man seeking to reclaim his youth.

“Well it started on a Sunday
You had gone out for some brunch
And before you even knew it
You’d become a cocktail sponge
You had told her that you’d help her
Yeah, you were going to help her move
But your friends said once you’re in that deep
There’s really nothing you can do

Skinny Dippers’ debut album, The Town & The City, is expected next month. It should be a great, late-summer record.

A great voice immediately grabs your attention, but the songwriting is what leaves the biggest impact. We have said these words many times before, and we are firm believers in them. People remember great lines, statements, or phrases, whether they are in a song, a book, a film, a poem, or said on television. On newcomer Gaya Yona‘s newest single, she has drafted numerous, memorable lines, including the very first two lines.

“Rage is a lonely narcissist / Hating, psychotic sort of mind”, the young Israeli singer-songwriter lushly and vulnerably sings at the start of the brittle dream-folk number, “Rage”. Those ten words are eye-opening, and they set the stage for this introspective tale of pain and suffering. For the next three minutes, our attention is fixated on what she has to say. The taut guitar that opens the song and eventually gives way to weeping violins, a sombre bass, and ambient electronics are all just background noise. We want to know how this tale unfolds, and whether Yona will give in to the rage that consumes her. She gives us a partial answer in the song’s final stanza.

“I’m not afraid to die
I’m scared of living
In this world, where shadows grow
I lose my meaning”

Here’s another artist to watch, particularly later this year when Yona’s debut album, Currently, Forever, is expected to be released on September 2nd.

We end today’s musical experience with some lighthearted fare. This does not mean the songwriting is of a lesser quality. Quite the contrary, what Londoner Gemma Rogers achieves on “My Idea of Fun” is nothing short of genius. How many songwriters do you know can turn life-altering events into one outrageously amusing song? Not many, eh? Well, Rogers is one such artist, so prepare to smile and maybe even laugh.

This four-plus minute track is a musical circus. It’s a mix of clowns on parade, acrobats doing stunts 30 meters (or 100 feet) above the ground, and jugglers tossing everything and anything in the air. And Rogers is the ringleader. As the bass bounces, the accordion buzzes, and a flurry of all sorts of instruments burst, Rogers nonchalantly and quickly delivers lines about her life coming apart. Her relationship has ended, her bank account is precariously thin, her brother is prying into her affairs, her dog has ticks, and the bass player of a different band wants to get into her pants. At the end of the day, however, all Rogers wants is “a half bottle of rum / That’s my idea of fun”.

Rogers’ debut album, No Place Like Home, is out now on Tiny Global Productions. Purchase it on Bandcamp or stream and order it at these links. 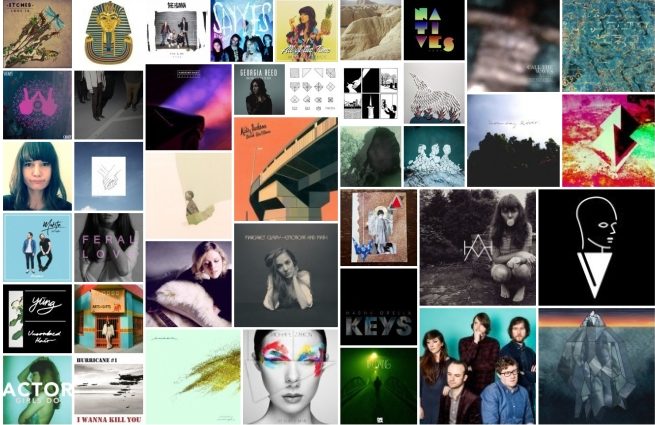 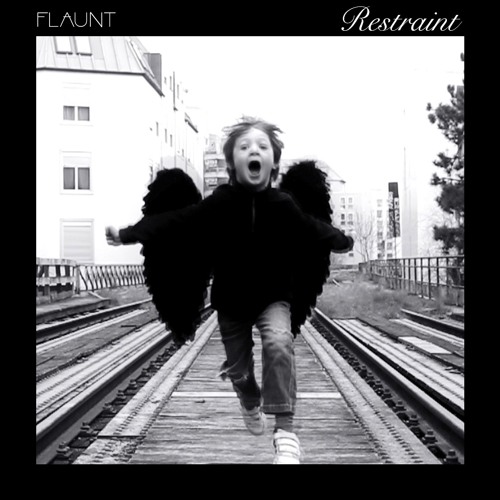