The Matinee ’22 v. 109 continues this week-plus of great releases with nine more songs from eight woman singer-songwriters and female-fronted bands. The mini-playlist commences with some of the most stunning and alluring tunes of the year, gets grittier with the edge of the early ’90s, and then ends on a knee-buckling high.

Find these tracks, as usual, on the Songs of August 2022 playlist. It’s available on Spotify and SoundCloud.

Why We’re Digging It: From the moment Helen Ballentine’s project Skullcrusher arrived on the music scene nearly three years ago to the release of her spectacular debut EP, the LA-based artist has consistently done one thing – leave our jaws firmly planted on the ground. Few artists can turn melancholy into a gorgeous yet soul-crushing odyssey. This year, she replicated this feat on “Whatever Fits Together”, which she released in June, and again with two more songs.

The first is “They Quiet the Room”, which features Ballentine delicately plucking her acoustic guitar while her gentle, blissful voice is drenched with reverb. Keys, strings, and percussion later join, yet the approach is still minimalist. It is also sensational and easily one of the best songs of the year so far. Adding to the track’s gripping nature is Ballentine’s songwriting, in which she asks someone close, “Did you feel afraid to tell me?” Was her friend afraid to reveal a secret and what was it?

The second track, “Quiet the Room”, is further pared back, as ambient noise clouds Ballentine’s piano. A tranquil atmosphere emerges, yet it is still immensely brittle. Ballentine’s voice is a touch fuller, and she continues to try to reach her fallen friend. “Did you free afraid to tell me”, she asks once more. “The words still sit on your tongue / They quiet the room”, she later adds, delivering some of the great lines of the year.

Album Information: Ballentine’s debut album, Quiet the Room, will be released October 14th on Secretly Canadian. Pre-orders and pre-saves are available here or go directly to Bandcamp. We’ll say it now – it’s going to be one of 2022’s very, very bests.

Why We’re Digging It: One could probably name on a single hand artists who can completely devour one’s being, where they turn Gothic into widescreen cinema. A.A. Williams is one of them. Her 2020 debut album, Forever Blue, was seismic in its chilling effect while her most recent single, “Evaporate”, was a Gothic jewel. With “Golden”, she further consumes our soul with a stark yet gripping approach that leaves us wanting more. Wanting Williams to approach us, extend her arms, and crush us with her calm but stirring voice and poignant words. On this number, she reminds us that love can be just as destructive as it can be an elixir for our weaknesses.

That it can floor us when paired with the stark power of an artist like A.A. Williams.

“‘Love is just a game’, you once said
I never thought I’d win it the way I did.
If everything is gold, then why’s this over?
Another wasted day on my own.

And I thought that love was mighty,
I’d never seen it all fall apart.
Let me rest a while, you’re all I’ve got but I’m
Tired of running away.

Album Information: As The Moon Rests arrives October 7th via Bella Union. Pre-orders and pre-saves are available at these links and Bandcamp.

Why We’re Digging It: Whether she’s acting or singing, Maya Hawke has an undeniable presence. She steals nearly every scene she is in and causes audiences to go hush when her lithe voice begins to fill a room. This talent, however, has to come from somewhere and having talented actors as parents surely helps. Hawke fully realizes this as she shares on “Sweet Tooth”.

Like she revealed on “Thérèse” a month ago and her superb debut album, Blush, Hawke channels a bygone era: that of intimate and engaging folk-pop from the ’70s and beautifully vivid songwriting. This time, however, she does not recite a tale that could come from a great work of fiction. Instead, the Stranger Things star keeps things much closer to home, providing a great dedication to the people who made us who we are – our mothers. With a smile-inducing melody strumming in the background, Hawke tells the many ways how her mother, Uma Thurman, has been there for her and still remains her closest confidante.

This song is worth plenty of smiles.

Album Information: Mom+Pop Music will release Moss on September 23rd. Pre-orders and pre-saves are available at these links and directly on Bandcamp.

Why We’re Digging It: Everything has a tipping point, and this applies to an artist’s career. At some moment in time, they will experience an unexpected surge in popularity. Hopefully, 2022 or 2023 will be the year when Nicole Rodriguez will reach hers because her project Pearla is a gift from the music gods and has been for more than five years. For instance, in July, she graced us with “Effort” and again leaves us in awe with “Ming the Clam”.

Pearla’s latest single is a wonderfully charming exhibition of indie folk that reminds us of the power of fairy tales. Patiently are the rhythms delivered while strings and a trumpet quietly swell behind Rodriguez’s sublime voice, which is touched with innocence and wonder. Her words are introspective and contemplative. They also are immensely creative, as she takes lessons from a solitary sea creature.

“I study all the little signs
Under fluorescent light
Ming the clam, the mystery of the sea
Who lived beyond her time
Reminder of the grand creation
How did she keep on fighting?”

Album Information: Rodriguez’s new album, Oh Glistening Onion, The Nighttime Is Coming, arrives October 15th (digital) and October 21st (physical) via Spacebomb. Pre-orders and pre-saves can be made at these links and directly on Bandcamp.

Why We’re Digging It: By now, most people have heard of The Beths, the Aotearoa sensations who combine effervescent guitar-pop with the superb storytelling of front-woman Elizabeth Stokes. Their songs, like “Expert in a Dying Field” and “Silence Is Golden”, are real and relatable, recounting the hopes, dreams, and struggles of people of all ages. It’s a formula that makes the quartet among the finest indie bands around, and they further cement their place in the upper tier with “Knees Deep”.

Stokes (guitar, vocals), Jonathan Pearce (guitar, vocals), Benjamin Sinclair (bass, vocals), and Tristan Deck (drums, vocals) deliver another head-noodling, hip-shaking gem. The song, however, is not merely a catchy ear-worm, but it is like a yearbook that captures the highs and lows of our lives. It captures our regrets and missed opportunities, the people we idolize and aspire to be, and the day we take the plunge (like the band does from the Auckland Sky Tower as shown in the song’s video).

“The shame!
I wish that I was brave enough to dive in
But I never have been and never will be
I’m coming in hot then freezing completely
The shame!

Album Information: On September 16th, take the plunge for The Beths’ new album, Expert In A Dying Field. Pre-orders / Pre-saves are available at these links and on Bandcamp. It will be released on Flying Nun Records and Carpark Records.

Why We’re Digging It: May the ’90s live forever – or at least in terms of music. It is arguably the last time music underwent a full-on renaissance with the emergence of hip hop, rap, and electronica into the mainstream and, of course, the explosion of grunge. While bands like Hole and Bikini Kill don’t fill up the airwaves anymore, they still exist around us. Their energy, angst, and spirit reside in bands like VOIID, who for nearly half-a-decade have done their part to ensure the nineties will never fade. Take “Lexapro” as an example of their awesome, gritty sound.

Like a young Hole and Babes in Toyland, Anji Greenwood (vocals, guitar), Kate McGuire (lead guitar), Antonia Hickey (bass), and Jasmine Cannon (drums) lay waste to the air around them. They also lay waste to the naysayers, the man-splainers, and everyone and everything that create havoc to their minds. The reference to Lexapro is pure genius, as women are twice as likely to use the anti-depressant. But for VOIID, the best way for them to cope is to wail on their instruments, to rage, and to tell their stories. And they do all this like the great grunge bands of thirty years ago.

Why We’re Digging It: And staying in the ’90s, a “new-ish” band (if one can call a band that formed in 2018 is “new-ish”) further ignites the air with their electrifying take on grunge. They are Helena Straight (guitar, vocal), Mikaela Oppenheimer (bass), and Stella Wave (drums, vocal), who together are Hello Mary. Stars of NYC’s competitive underground music scene, the trio have signed with Frenchkiss Records, who will help accelerate the band’s to global, underground stardom. We already can see them playing to packed bars in Berlin, London, Tokyo, and Sydney, where the patrons get sweaty and moshing to songs like “Rabbit”.

After the high-pitched intro, an over-driven guitar and propulsive rhythms quickly emerge. When the smooth, nonchalant vocal of Straight arrives, we are transported to the days when Veruca Salt rocked out at Chicago’s landmark Subterranean. While the song is a straight-ahead rock number, its story may make fans of Peter Rabbit and Worship Down cringe a little. As the band share, the tune tells the story of a boy who is unknowingly fed rabbit by his mother. Later, he becomes friends with a rabbit, and he learns that he’s been eating her kind for months if not years.

What will this trio think of next? Stay tuned by following them on social media.

Why We’re Digging It: Beth Orton, as we have said many times before, is a living legend. She does not get nearly enough credit for taking folk into the 21st Century, and she did this way back in the early ’90s. Although thousands of artists and bands have replicated what Orton has done, they continue to try to catch her because the London-based artist keeps moving the bar. For instance, not long ago, she enchanted listeners with “Forever Young” and with “Friday Night” she leaves us in complete silence.

Orton’s newest song is jaw-dropping. It simultaneously leaves us in a state of suspension and our minds clouded in dreams and memories. The orchestration is pure perfection, as Orton weaves a beautiful tapestry of sounds that includes a lingering guitar, a shallow flute, a calm bass, feathery percussion, and a delicate piano. Her voice is full of memory and even mournful. It does not take long to understand what the song concerns with the following lyrics, in particular, telling everything we need to know. 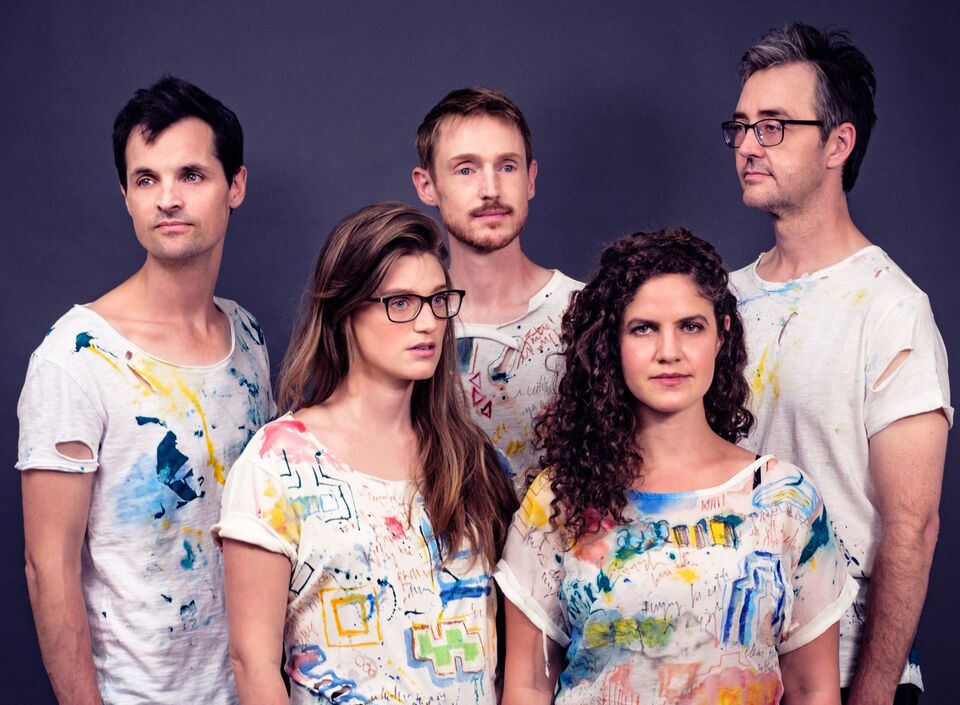 Bodies Be Rivers – “None The Wiser” (single premiere) 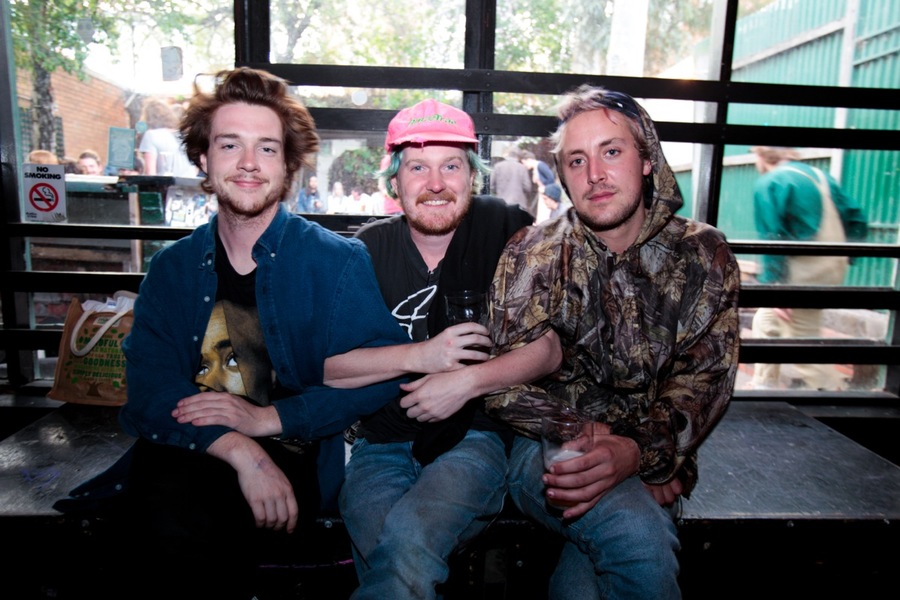 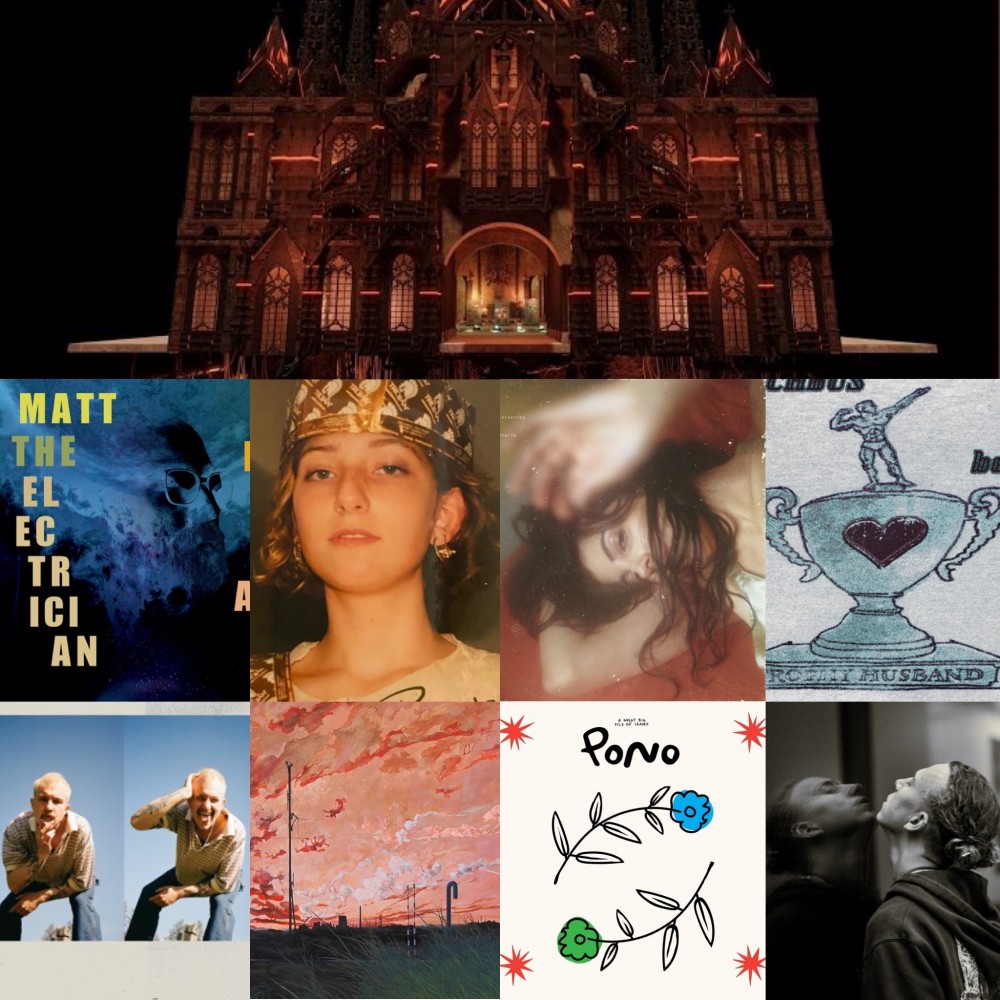