On Part 2 of 2 mini-playlists, The Matinee ’22 v. 115 includes another eight songs. These tracks similarly ask us to look in the mirror to understand where we’ve been, where we are, and what could be.

Part 1, which also includes 8 songs, can be found here. All sixteen tracks are included in the Songs of August 2022 playlist, which is available on Spotify and SoundCloud.

When Amelia Murray returned with “Come Apart” last month, the song did not only mark the end of Fazerdaze‘s five-year hiatus. It also represented a brand new chapter in Murray’s musical project. Whereas her early music was quintessential dream-pop, “Come Apart” was grungy and assertive. She was more like Courtney Love than Hope Sandoval, and the transformation was refreshing and awesome. The young Aucklander stays the course on her latest single, channeling another of that decade’s legends.

“Break!” is one again a ’90s-inspired grunge-pop number. But instead of Love, she sounds like a young Liz Phair, as her saccharine vocal pops over top a crunchy guitar and stuttering rhythms. Her words, too, are Phair-like – brutally honest, relevant, and poignant. Murray addresses a range of issues, including how the world, particularly the music industry, can be unforgiving as well as how important it is that we take care of our mental health.

Fazerdaze’s new EP, Break!, will be released on October 14th via Section1. Pre-orders available on Bandcamp and these links.

We all need a song that picks us up regardless of the day. Sixteen years ago, Peter Bjorn and John did it with “Young Folks”, which ended up defining an entire year. Could Renee de la Motte and Thomas Eagleton – a.k.a. Salarymen – repeat the trick with “Young Guns”, where a little indie band hits it big by delivering an instant pop classic?

The song in many ways sounds like an extension to the 2006 hit. The opening drum line echoes the PBJ tune while de la Motte and Eagleton sound like Victoria Bergsman and Peter Morén, respectively, with the chemistry to match. When the lyrics kick in with the two singing about starting a new chapter together and feeling alive, “Young Guns” sounds more and more like a sequel. However, there is more than meets the eye just like in “Young Folks”. de la Motte and Eagleton’s message is not just about running away, but they tackle the ongoing gun violence in the US and how many innocent young lives have been taken too early. Lyrics such as, “Those kids will never see the light / If only I could change your mind”, hit hard, giving a much different feel to this catchy and anthemic number.

Dare we say the sequel is better than the original in feel and meaning?

Earlier this year, Burs released the slow-building epic, “Lily”, which made us go silent. While Lauren Dillen (vocal, guitar), Ray Goudy (guitar, vocal), Devon Savas (bass), and Oliver Compton (drums) have performed together for a few years, the song was our introduction to a band making meaningful and memorable music. In another era, they would be legends or at least cult heroes. Fortunately, time is on the side of this young band, who could just be Canada’s version of Big Thief, especially if they continue to release outstanding singles like “Try”.

The beautiful, melancholic approach is right out of Laurel Canyon in the ’70s, sounding like an impromptu number that Joni Mitchell, Neil Young, and The Byrds may have created on a late-autumn evening. The soundscape is stunning, as are Dillen and Goudy’s harmonies. Their words, meanwhile, are downtrodden yet relatable, as they address how the the 9-to-5 monotony are destroying our souls and spirits. Sounds very ’70s-ish, eh? Sounds like the stuff of legends, too.

Burs’ debut album is expected later this year or potentially in early 2023.

One of the great indie-rock bands to arrive in the past 18 months are Prima Queen. The only thing stopping Louise Macphail and Kristin McFadden is time – they don’t have enough of it to write and share new music. Nearly six months have passed since they shared “Invisible Hand” and now “Eclipse”, but hopefully this tune is just the trickle that leads to a massive wave of new music.

On their newest track, Prima Queen channel the dark-pop-rock of the ’80s and deliver a surging and ripping anthem. With the ringing guitars, rumbling rhythms (the stark bass is fantastic), and the duo’s urgent vocals, the song at times radiates with the power and drama of Pat Benatar’s top-charting singles. As such, we are left on the edge of our seats, listening intently to the pair’s story about a person walking a tightrope of staying with someone or moving on. The relationship is an unhealthy one, but the protagonist fears the unknown, including the other person’s response. Macphail and McFadden’s lyrics are powerful, reflecting the hold that one person can have on another.

The song is out on Nice Swan Records. Prima Queen’s debut EP is expected later this year or early in 2023. We’re looking forward to it.

One of our absolute favorites returns with their first single in nearly 18 months. Writing these words is bizarre because Black Honey generally share new material every three to four months. But after releasing Written & Directed in March 2021, Izzy B Phillips, Chris Ostler, Tommy Taylor, and Tom Dewhurst deserve a break. The quartet return with a bang – let us correct ourselves – with a BANG!

“Charlie Bronson” is everything we adore about Black Honey. It is an assertive, propulsive rocker where nothing is held back. Not the reverb-drenched, grizzled guitars nor the throbbing rhythms or even Phillips’ lyrics. On the latter, Phillips proves why she is one of the best, young songwriters in the business, as she has a way of turning songs into short screenplays. On this one, she reveals her “rage”, where she just wants to bury all the people who reviled her. This song, as such, is her revenge, and it is filled with heavy lyrics.

“I didn’t wanna feel it all, caffeine crossed Modafinil
Think you’re so original, ash fag butts in your alcohol
Gaslightin’ myself again, lay me down with Marilyn
Rest in peace and rise again
And rise again”

The single is out on the band’s own Foxfive Records. View the video on YouTube, which shows Phillips as a prizefighter.

Gareth Liddiard, Fiona Kitschin, Lauren Hammel, and Erica Dunn are unpredictable. Yes, we’ve said this before, including when writing about their wicked cover of The Stooges’ song, “Ann”. That tune is among the great covers in the history of music. That said, nothing replaces original music, where a band can fully display their creativity. Obviously, TFS have an abundance of this. Their discography is filled with unique tunes, and this includes their new EP, Moonburn.

Released last Friday via their own TFS Records and Joyful Noise Recordings (it’s available on Bandcamp and JNR’s online store), the mini-album shifts, twists, plummets, soars, and rages. It rages a lot actually but in many different ways. Take the record’s title track, “Moonburn”, which sees Liddiard spiral into an endless cycle of despair and grief. His voice at the start is downtrodden while the soundscape is equally melancholic depressive. He stumbles along as the track gradually builds, turning from an extremely melodic, ’70s psych-rocker to a piercing, cataclysmic wall of art-punk noise. At this point, Liddiard’s voice becomes a shrill. He hollers further in the song’s second half, and he represents the man wanting either a second chance to repent or for it to all end.

Simply another TFS tune that is unpredictable but predictably great.

If more country music sounded like Nikki Lane‘s songs, we probably would be bigger fans of the genre. Take for instance “Black Widow”, which was an energetic romp yet was powerful in its message. That song was a microcosm of Lane’s ability, who uses her platform to tell meaningful tales as opposed to writing radio-friendly ditties. She’s a throwback, which her father recognized early on and Lane tells on “Born Tough”.

“Well my daddy always told me I was living in a man’s world“, is the first line that Lane sings. These words set the stage for this instant classic that brims with the thoughtfulness and power of the great country tunes of the ’90s. More importantly, the song is Lane taking a stand. She is like a prizefighter who will not go down easily nor succumb to gender roles and societal expectations. Lane’s mother, too, was a role model, as the older Lane ensured that Nikki could stand toe-to-toe with every and any person in front of her.

“So my mama took me pickin’, said that we could buy a set of tools
So that I could build my own life and play by my own rules

I was set in my ways, I had made up my mind
I was filing for divorce by the age of 29
Couldn’t see the light at the road
Had to stop to think of how the story goes:

Keep moving Ms. Lane and continue to set an example for all of us.

Lane’s new album, Denim & Diamonds, will be released September 23rd via New West Records. Pre-order it at these links and on Bandcamp.

While Shannen Moser has released a couple of records back in 2017 and 2018, our introduction was only a few weeks ago when they released “Paint By Numbers”. The song left us floored and made us realize we had missed out on an outstanding singer-songwriter. The Philadelphia-based artist has doing triple takes once again with “Ben”.

While we don’t usually like to copy-and-paste material, for this track we have to because we would not be able to do justice to the song’s meaning and what it means to Moser. As they share:

“When I was in the 3rd Grade, I made a friend who I would ride the bus with to school for the next 8 years. We were neighbors in an extremely rural county – the kind of rural that was kids riding their family tractors to school and cow crossings holding up ‘highway’ traffic…

I would spend a lot of time with this friend on the bus. We shared a headphone splitter to listen to music, we would put sticks in the middle of the road at our bus stop to try to slow the bus down and miss school, and one time he gave me five bucks to lick the bus floor – totally normal kid stuff I thought to myself. On our route to school, there was a pothole in the road that, if executed just right by the bus driver, would send whoever sat in back two rows FLYING. Ben called it, ‘Rocket Man.’ He was the first person I ever used a swear word in front of. ‘Shit!’ He said it back, and it was like we had just robbed a bank and gotten away with it. Cursing in secret at the time was the most romantic thing my middle school brain could ever imagine.”

They now immortalize Ben in song. And the following words may leave a tear in your eye – or maybe a few.

“I had gone home to cry but would never tell
Last I saw you shoot that gun out in your backyard
You were singing Johnny cash and i was 13 falling hard
Hole in your shirt
Bucket of paint
If you knew what I know now Would you have lived the same?”

Moser’s new album, The Sun Still Seems to Move, releases September 30th. Pre-orders / pre-saves for the Lame-O Records release are available at these links and on Bandcamp. 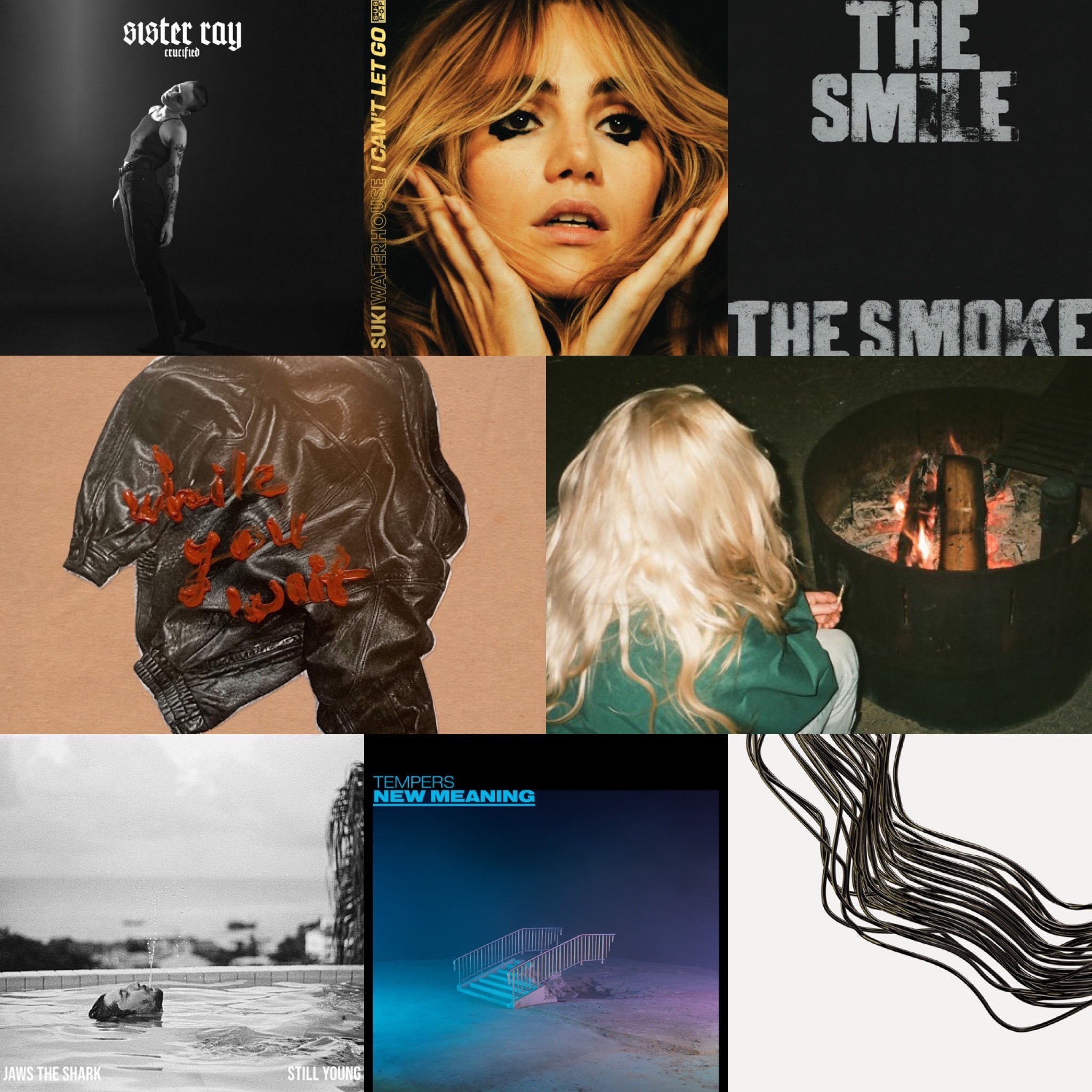 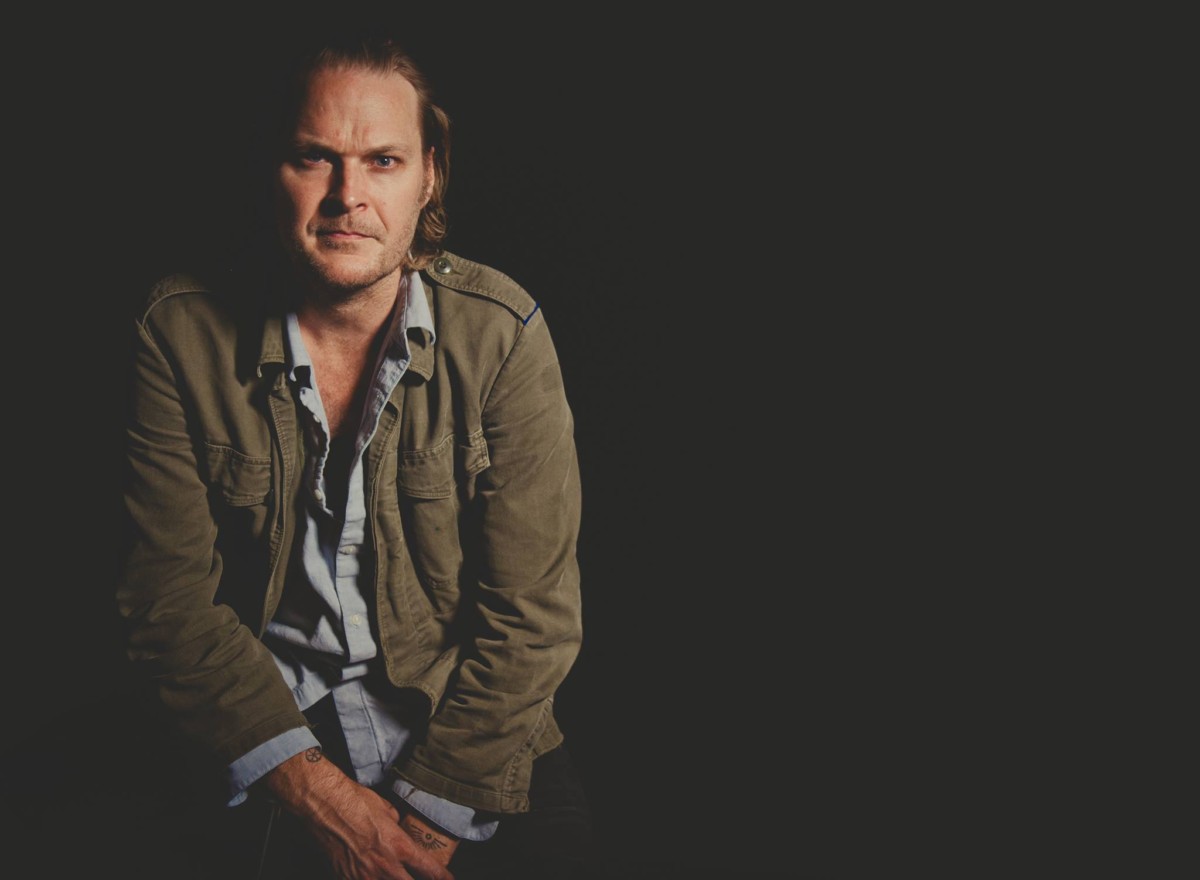