On June 17-18, Glowfair took over ten city blocks along Ottawa’s Bank Street, turning it into one huge street party. The festival welcomed all sorts of artists and the downtown become a beautiful celebration of Music, Light and Art. The weather this year was absolutely perfect, and Glowfair turned into a wonderful kick off to the summer season (even if it’s a few days before summer). The attendance seemed even stronger than last year, which just goes to prove the growing popularity of the festival.

While I walked around the entire grounds during Glowfair – Day 1, I spent most of my time at the main stage and caught some of Canada’s rising acts.

Caveboy had the challenging role of kicking off the festival. Although the Friday evening crowd was just starting to build when they began, the band’s strong set kicked the festival off on the right foot. Based on the number of visitors that met them at the merch booth after the show, I would say they created a number of new fans as well.

The second act of the night was local favourites Fevers. The band is probably already familiar with regular festival-goers in the Ottawa area and they kept the momentum going. For those new to Fevers, think Arcade Fire, although on a smaller scale (i.e., half the size of the Montreal collective).

Young Galaxy mesmerised not only with outstanding music but with choreographed movements to accompany their sonic offering. These veterans proved why they have enjoyed such longevity. They kept the crowd engaged until the sun set. It was easy to see why they are a favorite of some of the gang here.

The final act of the night was Juno-award winning Keys N Krates. With the evening now in full swing, the band quickly managed to turn an attentive audience into a frenzied mob who danced and jumped to their anthemic beats. The main stage entertainment ended in a massive explosion of energy making the first day of Glowfair a triumph. 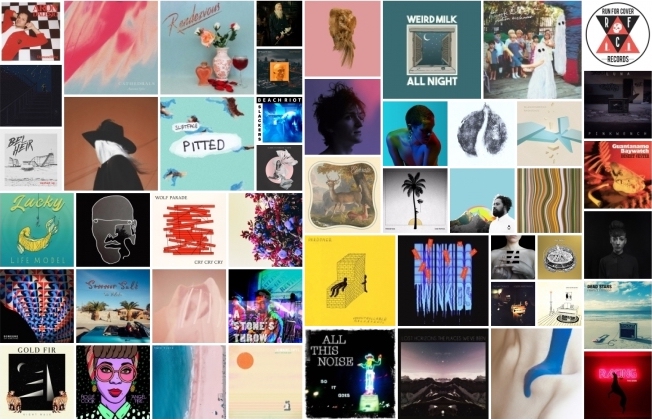