We could dedicate the Saturday Sampler September 3rd edition to the long weekend in North America or to all the dads celebrating Father’s Day in Australia and New Zealand, but we’re not. Instead, this playlist goes to Alice Costelloe and Kacey Underwood, who announced on Thursday that Big Deal was dissolving. We wish the two all the best, especially after all they have gone through the past 2+ years. We tip our hats to the great indie rock band from London who knew how to blow our minds time after time. 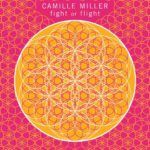 There is a countless number of veteran singer-songwriters who have gone unnoticed. Even greats like Liz Phair and Juliana Hatfield remain underappreciated and only known to a specific segment of the music listening community. Camille Miller is one such artist, who for well over a decade has been writing and recording music. To be honest, we only discovered her the other day.

Miller is preparing to release her seventh album – yes, seventh album! The lead single is “Banksy”, which rings of ’90s indie-rock. Like Phair and Hatfield, Miller masterfully balances the angst rock temperament of the era with a shimmering, melodic undertone. Akin to these great songwriters, “Banksy” is lyrically smart and provoking, as Miller provides a commentary on today’s society where 15 seconds of fame is more important than world and social affairs. “What was life before Banksy?”, Miller asks repeatedly. It’s a great question to ponder, particularly for us older folks.

Miller’s new album, FIGHT or FLIGHT, will be released on November 30th. 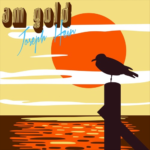 The term “AM radio” likely means little to younger music fans as they have no real point of reference. But some of us remember the days when the AM band was home to more music stations than radio talk shows. Not that we’re waxing nostalgic, but this new single from singer/songwriter Joseph Hein really takes us back to a bygone era.

“In the Sunshine” is hazy, mellow indie pop with a strong retro undercurrent. (Think ’70s but without the bell bottoms and lambchop sideburns.) Despite the California warmth that graces this song, Hein isn’t a San Francisco or Los Angeles artist. Instead he hails from a rural part of eastern Washington state, not far from the Idaho hometown of fellow songwriter Josh Ritter. That upbringing far from the big west coast cities gives his music a refreshing, organic honesty. Try not to smile while you listen to this song; we’re fairly certain it’s impossible. It’s from his upcoming third album, AM Gold. It’s due out October 14 from Yellow Year Records with pre-orders from iTunes. 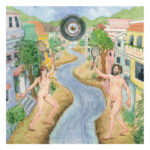 Summer might be winding down, but San Francisco indie psych-rockers Cool Ghouls recently delivered a late-season scorcher with their third album, Animal Races. This sun-drenched single is reminiscent of many great Bay Area bands who have preceded them. Lively and upbeat, “Spectator” bridges (no pun intended) the gap between the past and the present with a sound that is very modern. This song soars with tight guitar work and an infectious repeated hook. Call it vintage inspired if you must, but whatever you do, play this one at full volume for best effect.

Animal Races released August 19 on Empty Cellar Records (US), Melodic Records (EU), and Burger Records on cassette. You can also get the LP from their Bandcamp page. 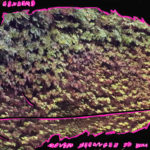 There have been countless “kiss off” and “leave me alone” songs, but very few have sounded as spectacular and breathtaking as “Never Belonged To You”. The new single by Genders, who are quickly emerging as one of our collective favorites, is a heart attack waiting to happen. Frontwoman Maggie Morris’ voice is absolutely stunning and heart stopping, cutting through the beautiful catharsis created by Stephen Leisy’s shimmering guitar, Matt Hall’s clamoring bass line, and Katherine Paul’s crushing drum work.

The band might be telling us to “go away”, but all you want to do is stick around and continue to be immersed by this emotive song…to grab hold and keep this great little band from Portland all to yourself. We certainly do.

“Never Belonged To You” is the second single from Genders’ forthcoming EP, Phone Home. A release date has yet to be set. 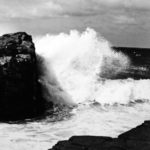 We did not think it was possible for Swedish duo Grapell to top their last single, “Some Places”, which was sensual and spectacular. Well, Emil Erstrand and Nils Nygårdh have proven us wrong – and with authority. Their new single “Every Time…” is amazing! It was literally a “Wow!” moment for us.

The song revolves around Erstand’s powerful and captivating falsetto, which is matched by only a few. It has the same soaring mysticism as Jim James (My Morning Jacket), a voice that you will long remember. Nygårdh’s production, however, cannot be overlooked. The fusion of the horns, organ, and synths, is masterfully done, like a prize-winning conductor overseeing a small symphony. Together, the two have assembled one of the most beautifully crippling songs of the year. “Every Time…” matches the raw, emotive power for Mike Hadreas’ project Perfume Genius musically and lyrically. Listen carefully to the words because you might know someone who is similarly calling out to be set free. Who is seeking to be alive, to “feel real”:

“Every Time” is the latest single from Grapell’s forthcoming EP, Love Chamber. It will be released September 30th via Strangers Candy (Europe) and Roll Call Records (North America).

RIYL: Of Montreal, Jupiter One 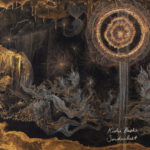 We’re still two weeks away from the release of Kishi Bashi‘s fourth studio album, Sonderlust, and our excitement grows by the day. That’s because the violin virtuoso keeps teasing us with incredible previews. We raved about the album’s first single (“Say Yeah“) back in July. Little did we know another equally impressive single would soon follow.

“Can’t Let Go, Juno” finds Kishi Bashi venturing further into synthtronica more akin to Cut Copy or Chromeo than fans might be expecting. Kishi Bashi is breaking fresh new ground with this album, as this single proves. But don’t be alarmed: this is a most natural-sounding progression from looped violin-based indie pop to synth-driven electronic pop. Like the artist himself, this song is vibrant and warm, free of pretense, and full of energetic vitality. It’s an example of the rewards that come from taking risks and daring to color outside the lines. And what a dazzling picture he has painted here.

Sonderlust releases September 16 on Joyful Noise Recordings. You can pre-order it from the label, iTunes, or directly from the artist’s Bandcamp page. 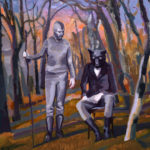 Ten years ago an indie band from Texas released a career-defining sophomore album that was praised by fans, critics, and fellow artists alike. To celebrate its 10-year anniversary, Midlake‘s classic The Trials of Van Occupanther is getting the deluxe reissue treatment. This commemorative edition will be available in gold vinyl and includes a poster, handwritten lyrics, two previously unreleased songs (this one and “Festival”) plus unreleased photos.

“The Fairest Way” shares the same moody progressive folk vibe as the rest of the album. Midlake makes music that transports the listener to another era. As with so many of their songs, “The Fairest Way” is a richly woven tapestry of sound. Somehow it never made it onto the original 2006 release. While it may not share the same gently driving tempo as the album’s standout hit (“Roscoe”), the song’s wistful nature reminds us why we fell in love with this band in the first place. Unlike their commercial contemporaries who produce lightweight pop songs, Midlake offer substantive fare for discriminating music fans. This song (and album) are the pearls worth diving below the surface of mainstream indie rock to find.

Bella Union will release the deluxe reissue of The Trials of Van Occupanther on October 28. You can pre-order it here. 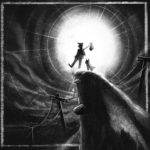 Excuse us for channeling our youth when we say Picnic Lightning‘s new song, “Ten Million Thoughts”, is absolutely “Gnarly!” Unlike the book of poetry the band takes its name (by U.S. Poet Laureate Billy Collins), is anything but subtle or poetic. Instead, it is a grungy, alternative rocker that bleeds of ’90s college radio. The song shimmers at the beginning before growing into a blistering monster. The dramatic pacing with the bombastic finale might have people recalling R.E.M. in their youth and during the What’s the Frequency, Kenneth? days. Canadian music fans might be recalling Sloan in their heyday. Regardless of the comparisons, the song showcases a young band on the rise.

“Ten Million Thoughts” is from Picnic Lightning’s self-titled debut album, which is out now. Dreamy Life Records is the distributor. 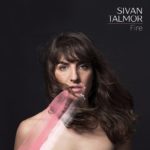 Halfway around the world, Sivan Talmor has emerged as a star in her homeland. She first caught people’s attention as a contestant on Israel’s version of The Voice. Her popularity increased with the release of her debut album, Fire, which might surprise people for its folk and choral-pop. Think Natalie Prass in its delivery and style. The one song, however, that deviates from the rest is the title track.

“Fire” is a slow, beautiful, and dazzling number. The combination of gritty folk-rock arrangements and spaghetti western results in cinematic indie number that is truly engrossing and endearing. Talmor’s whispery, vulnerable vocals draw you in to the song while the trumpet and the titillating guitars and drums produce the suspenseful and haunting soundscape. Talmor’s “Fire” may not rage, but it is warm and undeniably mesmerizing.

Listen to or purchase the entire LP on Bandcamp. 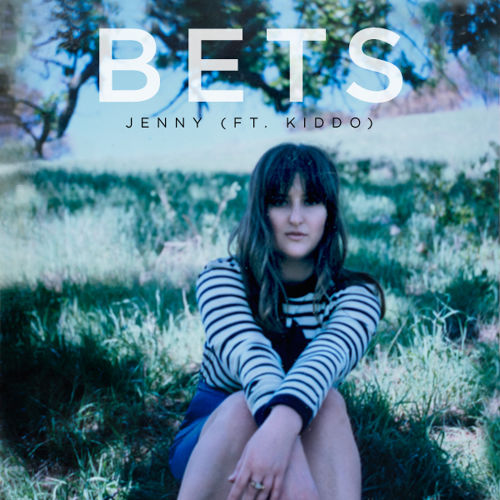 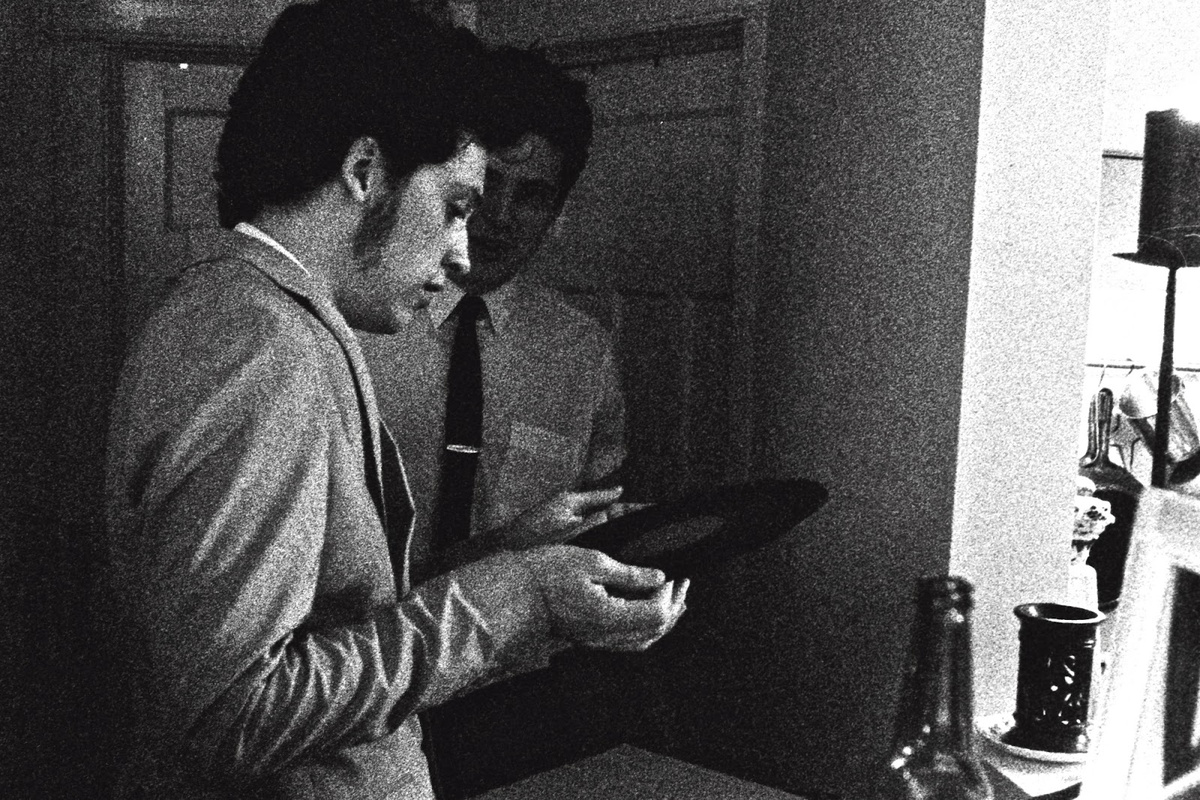