Here is part two of our daily playlist. The Matinee ’18 January 23rd – US Edition features a few of our all-time favorites plus several impressive newcomers that made us do double takes. There are some incredibly moving and powerful songs while others will get you rocking or dancing. After spinning these songs, check out the part one of The Matinee, which is a “World Edition”.

Don’t for a minute think that rock music is dead. It might not hold the prominence like it once did a couple of decades ago, but there are still plenty of awesome bands keeping the genre alive like Candy Ambulance. The northern New York band are a fiery and fearless grunge / garage-punk band who are making us remember the ’90s and early ’00s. Their newest single, “Spray”, in particular, is reminiscent of the fury that the Yeah Yeah Yeahs unleashed at the start of the century or for more contemporary tastes Bully and Screaming Females. Even frontwoman Caitlin Barker wails like a young Karen O, as she takes down all those who want to get in her way and impose the glass ceiling on her. However, she with the help of her band mates – Jesse Bolduc and Jon Cantiello – is shattering them. Who said women can’t rock?

“Spray” is the title track from their forthcoming new EP, which is out February 16th.

Since Danielle “Danz” Johnson arrived on the scene as Computer Magic, we’ve been struck by her upbeat and Grimes-like production talent. When she announced that she will be releasing a new album, the anticipation was that she would continue to make us dance and feel jubilant. She has instead thrown us off course and taken us down a much different path with “Delirium (Don’t Follow The Sheep)”, which sounds exactly as its title would suggest.

The song is dark and gritty yet engrossing, as the synths weave a futuristic soundscape while Johnson’s vocals hover in the distance. It’s arguably the most ambitious song Johnson has crafted in her short career. The track also showcases a young songwriter coming into her own, as she delivers an introspective and socially-charged tale about not following the masses nor succumbing to the pressures of conformity. With this brilliant number, Johnson’s Computer Magic is anything but ordinary.

Johnson’s new album, DANZ, is out February 23rd via her own Channel 9 Records. Pre-orders are available on her website (see below).

Everything Doe Paoro touches is gold – at least in our minds. Whether it is indie-pop fare or intimate ballads, she always grabs our attention. For her new single, she offers something new yet still stunning in its execution. Jazz and soul intertwine with a touch of pop on “Guilty”, which features some sublime saxophone and piano work. The tune belongs in the grandest concerts halls and most intimate jazz bars on the planet, where you can truly feel the surging emotion of her voice. Regardless of the venue, the song must be heard by all because Paoro has a powerful story and message to share.

With the issue of sexual violence and harassment and misogynistic practices at the forefront of our social conversations and news programs, Paoro shares her own experiences. What is striking about the song is how she blames herself for what happened, which ultimately led to her feeling shame and guilt. In the end, though, she found a way to overcome, but she is still asking, “Why should I feel guilty?” It’s a question that far too many women have had to ask, but hopefully change is underway.

The single is out on Anti Records and Epitaph Records. No word on whether Paoro will release a follow-up to her 2015 album, After.

Echodrone – “The Past or the Present” (San Francisco, USA)

How the heck have Echodrone flown under the radar for over a decade? Maybe it’s because shoegaze, which is the genre that just won’t die, disappeared momentarily until the past five years. Maybe it’s because Brandon Dudley, Eugene Suh, Mike Funk, and Rachel Lopez reside in one of the world’s great music cities, and it’s easy to get lost in the shuffle. This year, though, the quartet might finally get the recognize they deserve because they are like the perfect mashup of the sizzling chaos of My Bloody Valentine and the cosmic explosions of Public Service Broadcasting. This combination is revealed on their fantastic new single, “The Past or the Present”.

The searing guitars, the heart-pounding rhythms, and the otherworldly vocals all personify shoegaze at its height. It is music that you can either lose yourself mentally inside its sweltering heat or just dance and pounce around uncontrollably. Mmmm… just so good. Here’s hoping that if My Bloody Valentine go on tour this year that Echodrone will be one of the opening bands.

The song is taken from Echodrone’s new album, Past, Preset and Future, which is out today. Pick up a copy on Bandcamp.

A dream collaboration would be Dan Boeckner of Wolf Parade, Operators, and Divine Fits fame to pair up with Grizzly Bear because they are among this century’s most innovative artists. As we wait for that day to come, we point our ears in the direction of Grand Courriers, the Minneapolis-based band who sound like this combination with their first song in two years, “Tempted”.

Mixing synth-pop, disco-pop, and indie rock, the quartet of Brady Lundy (vocals/synth), Austin Levi (guitar), Alec Humphrey Weber (drums), and Jared Heinsch (bass) have delivered an awesome number. It grabs your attention early with the lush and nearly breathtaking melodies, and you then lose all sense of reality as the song builds to its dazzling climax. Although we delight in the splendor of this fantastic tune, Lundy’s vocals and lyrics are heartbreaking, as he describes another night without the one he loves. Let’s hope, however, that Lundy and gang won’t have many lonely nights, but instead their year will be filled with sold-out tour dates as they emerge out of the shadows of the Twin Cities. Now someone please sign this band.

It might not happen tomorrow or next week or even this year, but within the next two or three years (hopefully much sooner than that), people will be mentioning Stay South‘s name in the same breath as Mitski, Jay Som, and Frankie Cosmos. While we don’t know the exact identity of this splendid singer-songwriter, we do know she’s already released a couple of songs in the past year. Maybe song three, “If You Leave LA”, will be her ticket to indie stardom.

Like her aforementioned contemporaries, Stay South has a gift for writing beautiful tales within her songs. As her soft and immersive vocals stream through the uptempo rhythms and stirring guitar lines, she takes us alongside a person trying to find her way through the chaos of suburbia so that she can live her dreams. So she can discover who she is. As the song slowly builds, you’ll start to think this song is about you. About all of us. And that is a gift very few artists possess – to make us think this we are the ones leaving LA and never looking back. One day, Stay South won’t be looking back every again, but only straight ahead as avenues of possibilities open up for her. It’s only a matter of time.

We may have already found one of our favorite discoveries of the year with Why Bonnie, the indie pop-rock quartet out of Austin. Granted, we’re basing this decision on one single, but “Made Of Paper” is one memorable number. From front woman Blair Howerton’s superb vocals (which have an air of Angel Olsen) to a shimmering, jangle-pop vibe that is somewhere between Alvvays’ dreaminess and Frankie Cosmos’ vibrancy, the song is like the start of a brand new day. It overwhelms you with its energy, enlivens you like the first rays of sunshine, and makes you want to smile and take on the world. In this day and age, we sure could use more positive energy.

Why Bonnie’s new EP, In Water, is out February 16th via Sports Day Records. Pre-order it on Bandcamp. 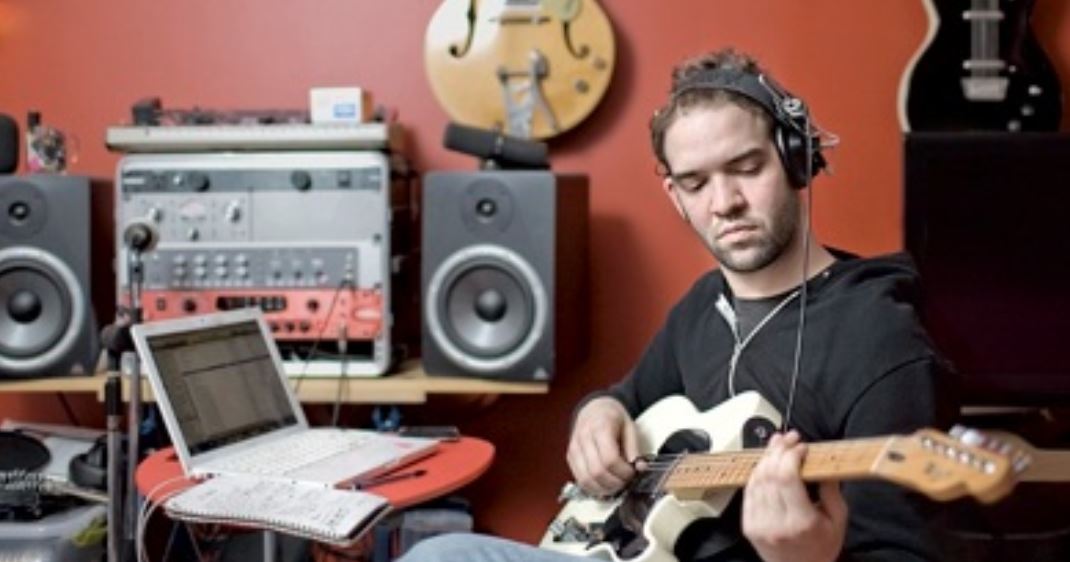 Capital Revue: Matt Ouimet is the busiest Musician in Ottawa 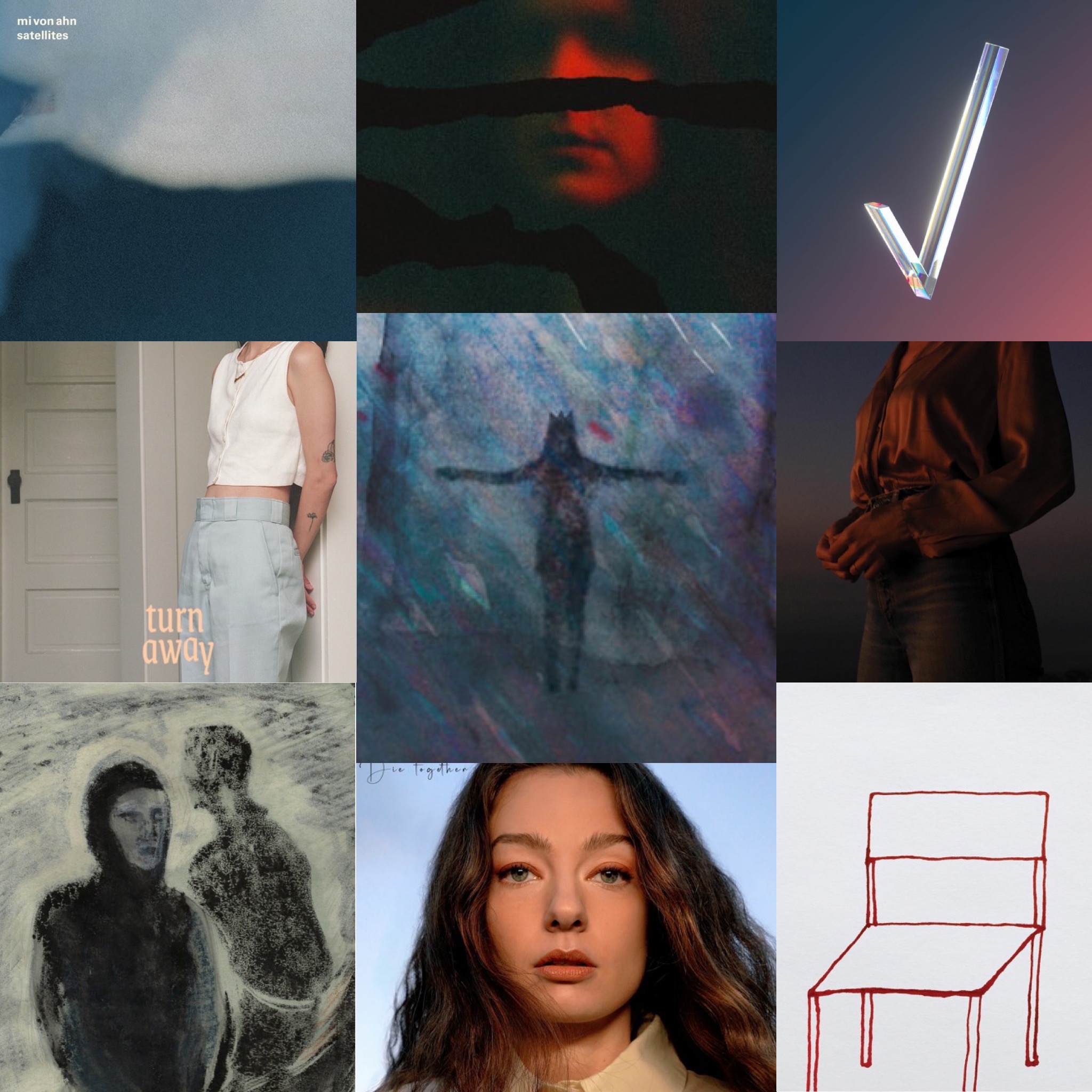