Like most people around the world, we are experiencing yet another week in quarantine. Fortunately, we consider music an “essential” commodity, so The Matinee ’20 April 8th edition has music from seven artists and bands worthy of the “essential listening” label. 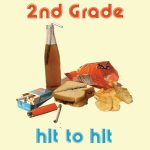 Philadelphia’s Peter Gill (Friendship, Free Cake for Every Creature) is embarking on a new journey as 2nd Grade. Gill is not at it alone, bringing some of Philadelphia’s finest, including Jon Samuels (Yowler), Catherine Dwyer & Jack Washburn (Remember Sports), and drummer Will Kennedy. Described as “24 tiny tracks”, their debut record, Hit to Hit, is due May 29th on Double Double Whammy. This week, 2nd Grade shared the album’s first two tracks, “Velodrome” and “My Bike.”

“Velodrome” is a wonderful guitar pop track. Upbeat, catchy, with an infectious energy, it’s just an all-around fun track with great vibes and guitar leads. The second of the two tracks is the slower but equally charming “My Bike.” Gill sings of the escapism a bike ride can provide. It’s a great complement to “Velodrome” and a wonderful tune full of youthful joy. 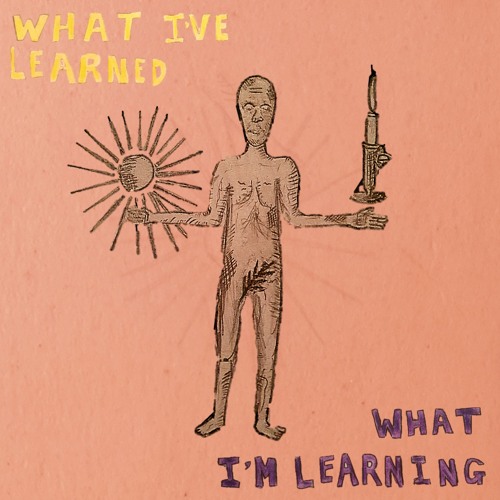 Junk Drawer has recently released a slacker-esque purging of sorts on “What I’ve Learned / What I’m Learning.” It’s a grand offering that can musically define many of the crazy emotions that have us feeling like Bill Murray in Groundhog Day (What day is it really?). It’s a rollercoaster of sound that takes the listener on a ride and if there are any pent up emotions lurking around, just press play and let it all out.

The Belfast-based quartet’s debut album, Ready For The House, is out April 24th via Irish indie label Art For Blind Records. This single is available now from Bandcamp.

The band Momma is one you should get to know right now. Why? For starters, their sound has epic, kaleidoscopic depth. Also, their sophomore album, Two of Me, is due soon. Those are both valid reasons. But the main reason is simple: this indie rock outfit helmed by Etta Friedman and Allega Weingarten kicks ass. One spin of “Biohazard” proves that.

This immensely hypnotic track is a seamless fusion of shoegaze textures and indie rock DIY coolness. The band’s musical chemistry is undeniable as their instrumentation uses a simple refrain to build an instant classic about a mentally unstable character. While the song never veers into raucous territory, you feel the tension at the chorus as they sing: “What a bastard / you should know I’m a hazard.”

Just like their trailblazing ’90s-era forebears – Liz Phair, Kim Gordon, Sleater-Kinney – Momma is blazing a path with their timeless sounds. It bears repeating: get to know them now. You have a new favorite band to discover.

In addition to Friedman and Weingarten, this track also features Yarden Erez on bass and Zach Capitti Fenton on drums.

Two of Me is available for pre-order at Bandcamp via Danger Collective Records. It arrives digitally on May 24th and on vinyl June 5th. 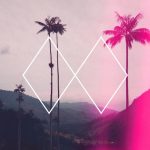 Like us, Mt. Wolf took a hiatus to recharge their batteries. They sought balance after years of touring and being in the studio. Before their unexpected break, they mesmerized us for several years with their blend of cosmic post-rock and breathtaking dream-pop, culminating in Aetherlight, one of our 50 Favorite Albums of 2017. The band is back – well, two of the three have returned. Stevie Red McMinn and Al Mitchell decided to re-boot the group and undertake something different in the absence of vocalist Sebastian Fox. Instead of replacing their frontman, they are working with different artists. This will ultimately lead to a new album on Akira Records, and the first release features another of our favorites.

Tamsin Wilson from Wilsen, who earlier this year released a stunning record in Ruiner, is Mt. Wolf’s first guest vocalist. The two words that best describe this partnership are: perfect pairing. McMinn and Mitchell create a stunning soundscape that is a mix of the haunting exhilaration of Phoria and the orchestral dreaminess of San Fermin. Wilson’s angelic voice glides through the finger-plucked guitar, the humming rhythms and symphonics. But as beautiful as the music and harmonies are, Wilson’s tale is one of struggle, lost, and goodbyes:

“Tayrona” is available via Akira Records from these streaming and purchase links. 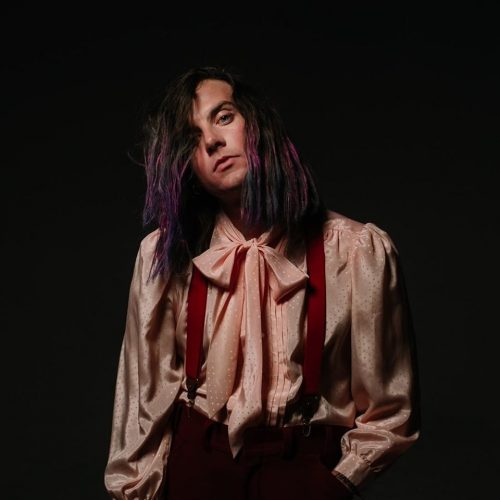 Pink Laundry is the newest project from Judah Akers (Judah & The Lion frontman), and his start of something new so far sounds pretty amazing. The single was released with little fanfare but has the potential to take off in a big way.

“Like It Like This” is full-on rock with driving guitar and an extremely addicting hook you won’t soon forget. The pauses of simplistic guitar and a few acoustic bursts make for a memorable track. This would the perfect one to spin at the gym, but since most of us can’t do that, then crank it on your morning jog or at-home cardio workout.

Lyrically, it’s a love song of sorts with a theme is acceptance and the reality that we are all human with our own eccentric personalities:

“Oh baby, I’ve been struggling
To find the peace they say is within
I’m a headcase, you should run for the hills
Then she looked at me, disagreed and said

Hopefully there will be more where this came from, though no album details are available yet. 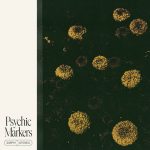 Sometimes we discover a band that sends tingles up our spines. That happened in late 2017 when we first heard Psychic Markers, the London-based indie dream rock outfit who wowed us with their “Hardly Strangers” single. Time has been good to them, as evidenced on their latest. They were impressive then; they are jaw-dropping now.

“Clouds” showcases everything we love about their sound and again leaves us scrambling to find superlatives worthy of their talents. These guys are brilliant. It’s a shame the rest of the world has yet to realize it. Hopefully this new single will right that wrong.

“Clouds” greets listeners with uptempo synth-driven instrumentation that invigorates from the first note. The tones here evoke both vintage New Wave and modern indie rock. If members of Wolf Parade and Broken Social Scene teamed up with Peter Murphy, it still wouldn’t sound this great. These breezy warm tones are exactly what the world needs right now. “Clouds” takes you on a nearly six-minute odyssey, so savor every second. It won’t cure the world’s ills, but it most certainly gives you a blissful escape from it all.

The band’s forthcoming self-titled album arrives May 29th via Bella Union with pre-orders from Bandcamp.

Life is like a great novel with each page revealing something interesting and a chapter commencing a new phase in one’s life. For Leeds collective, Team Picture, they’ve already been through two chapters in their brief careers. In the beginnings, they delivered empathic and anthemic indie rock before turning to goth-rock and post-punk. Their 2020 chapter reveals something completely unexpected yet equally memorable.

“Baby Rattlesnake” is brilliantly uncategorizable (yes, that’s a word). It’s a mélange of sounds and influences – the alternative synth-pop of GAYNGS, the synth-pop dynamics of bands like Chromatics, the art-rock fluidity of Anohni and Wild Beasts, and the sensuality of Berlin. Another description of the track is that it is a treasure chest of sound, as with each listen and the more you dig into the track you find something new. Something incredibly exciting.

If “Baby Rattlesnake” is just the tip of the iceberg of Team Picture’s third chapter, music fans could be witnessing something immensely unique and special. And maybe the birth of a band that could very well be the heir to Radiohead’s throne.

New record, The Menace of Mechanical Music, is out June 12th on Clue Records.