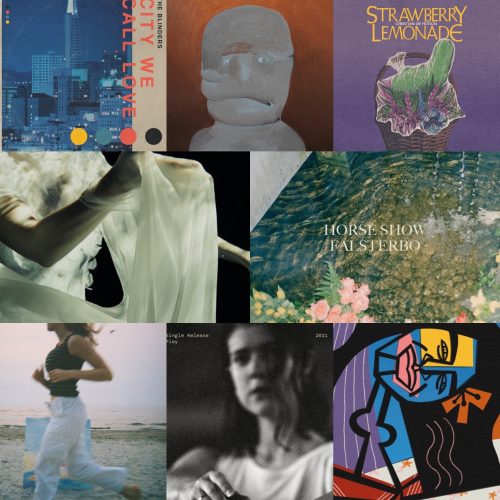 The Matinee ’21 v. 152 is a fresh mix of eight new tunes for your Monday. This international playlist – featuring artists from North America, Europe, and Africa – offers a glimpse of the great music coming in 2022.

From Amason to Postiljonen, from Makthaverskan to Agent blä, Swedish bands have perfected Scandi-gaze, which is a riveting blend of dream-pop and shoegaze. It’s music that can be spun at all hours of the day, whether one is seeking to get over the mid-day hump or in need of escapism. As such, this great genre is the perfect way to kick off the work week and delivering the goods is the newest Swedish super-group.

The brainchild of Erik Klinga (Simian Ghost, Light Vibes), Horse Show features members of some of the Scandinavian country’s very best indie bands. Specifically, it includes Caroline Landahl (Hater), Tobias Widman (YAST), Frederick Rundquist (FEWS, Hater) and Rasmus Andersson (FEWS, Hater), and some of these names and bands long-time followers of this space will recognize. Although this talented collective does not reinvent Scandigaze, they definitely cement its legacy as one of the great genres of the 21st Century with “Hästskandalen”.

Shoegaze-y guitars, teetering percussion, and a throbbing bass line immediately welcome us into Horse Show’s sublime world. This place is intoxicating at first, elevated by Landahl’s dreamy voice. Widman then joins in, giving the track an evening news-like vibe. This is appropriate since the song’s title concerns a 2013 scandal in which food labeled as containing beef actually had undeclared horse meat. Leave it to some of Sweden’s most talented musicians to make controversy sound delightful.

Horse Show’s debut EP, Falsterbo, arrives December 10th via PNKSLM Recordings. We suggest waiting to compile your favorite EPs list until this record drops. Streaming links for the song are here while pre-orders for the EP are on Bandccamp.

From the first time The Blinders took the stage, it was clear they were a special band. Their frenetic performances combined with their stadium-size indie rock landed them on our 2018 Artists to Watch list. To this day, they continue to establish themselves as one of the UK’s great live bands with songs that induce dancing and sweat. Their latest singles, “City We Call Love”, is a prime example of their talents.

A stark, suspenseful vibe opens the track, as if you have walked into a secretive nightclub inhabited by the creatures of the night. It’s a little spooky, but you stick around because the grimy guitars and surging rhythms have hooked you as have Thomas Haywood’s lyrics. They describe how the place we live can inspire, motivate, and enliven us. It is up to us, however, to make the most of the situation and not vice versa. “Tonight we plant the flag in the city we call love”, he emphatically sings. While it might be Monday, there’s no better time than the present to reclaim your piece of your current hometown.

Earlier this year  Lucy Kruger & The Lost Boys released one of the most brooding yet gripping albums of 2021 with Transit Tapes (for women who move furniture around). A dimly-lit room and a stiff drink are the perfect accompaniments to this terrific album. If you missed it, the quartet return to add a further chill to the autumn air with “Play”.

The single is mesmerizing. Despite its stark and haunting tone, “Play” has a cinematic air akin to the soundscapes crafted by Nick Cave and The Black Seeds. The biggest difference, though, is Kruger’s whispery vocal. As the rhythms and guitars mournfully pulse behind her, she sings about the power of love. It is wondrous, making you feel alive yet paralyzed. She sings, “If I could only move”, revealing that the latter effect is where she finds herself. The latter effect is also where we find ourselves.

In addition to Kruger (vocals, guitar), the band includes Liú Mottes (guitar), Andreas Miranda (bass), and Martin Perret (drums, percussion and electronic production). Their new album, Teen Tapes (for performing your own stunts), will be released on January 1st, 2022 via German Unique Records and Polish Schubert Music Europe. Get it on Bandcamp.

It seems Margaux Sauvé has been around for more than a decade given her proclivity, but she’s been around only since 2015. In that time, she has released nearly one song a month and one or two EPs a year as Ghostly Kisses, but she has yet to release a full-length studio album. This changes early next year when the Quebec City singer-songwriter gives fans a cause for celebration. Sauvé has already hinted at what is to come with “Heaven, Wait” and “Don’t Know Why”, both of which feature her haunting vocals and sensual arrangements. The third single from Ghostly Kisses sees the talented artist add another component to her craft.

A lingering guitar adds a Latin flair and a grand mystery to “Blackbirds”. The atmosphere is fitting for a James Bond film where 007 meets an enchanting woman in a mysterious place. Is she friend or foe, another spy or a contractor seeking to collect a bounty? A similar storyline is revealed in Sauvé’s lyrics, as she seeks answers about whether a relationship is genuine or merely a ruse:

“I see your world through my window
I dream of lives that I can’t know
Is there a place where I won’t feel alone?
Where love or death is no more?”

Ghostly Kisses is due January 21, 2022 on Akira Records. Pre-save and pre-orders are available here.

Canada has no shortage of great music families. The Rankins, The Wainrights, The Sadies, and Tegan & Sara are but a few. The Harmers will soon be added to the list with the arrival of Georgia Harmer.

Canadian indie fans know who Sarah Harmer is, and they’ll soon know the work of her her niece, Georgia. Arts & Crafts‘ latest signee, however, got her break first as a backing vocalist for Alessia Cara. Now 22, Harmer is moving to center stage with her own solo project. But unlike her famous aunt or friend, the younger Harmer delves into the intimate indie rock that is filling venues from New York to Los Angeles.

If Harmer continues to create songs like “Headrush”, she’ll rank alongside stars like Soccer Mommy, Snail Mail, Lala Lala, and Jay Som. Her newest single is like a warm embrace, as the Toronto-based artist wraps her arms around us with the shallow plucks of her guitar and soothing vocals. As the song progresses and intensifies, Harmer’s voice never wavers. It is the song’s anchor and, in turn, holds our attention. We become transfixed to her story of lost innocence, of times where we passed away time watching the clouds float by and conjuring fantasies from the images we saw:

For a few minutes, we can enjoy feeling alive and carefree. We cannot wait to hear more from this talent.

’Tis the season for looking ahead to the new music of 2022. If you’re like some of us (who try to avoid hearing a certain pop diva’s ubiquitous Christmas tune), this time of year means keeping your AirPods cranked with anti-holiday tunes. This is what Seattle indie outfit Acid Tongue give you on the new single from their forthcoming third album, Arboretum.

The bold hooks they serve up on “Suffering For You” are a seamless fusion of indie rock and synth-heavy glam pop. Instantly catchy and infinitely relatable, this anthem for troubled lovers demands repeated listens. You’ll be hooked the first time, but each subsequent spin reveals more kaleidoscopic brilliance. Rousing horns and synths evoke the energy of Future Islands and Caveman, so be prepared to dance. Frontman Guy Keltner and drummer Ian Cunningham prove that bands don’t need a dozen members to create a massive sound. They do, however, enlist talented vocalist Shaina Shepherd for a his-and-hers version of a dysfunctional relationship:

Pre-orders for Arboretum are available here and at Bandcamp ahead of its December 3rd release on Freakout Records.

It’s not everyday a person leaves the indie music mecca that is New York for Oslo, but this is what Henrik García Søberg (they/them) did to form Lazy Queen. At the same time, the move makes sense because the Norwegian music scene is dynamic. It also rewards creativity. Bands are encouraged to think beyond the cookie-cutter arrangements while sharing great messages. Substance is far more important than style across the pond, which allows songs like “Bed/Head” to be created, heard, and celebrated.

The track is a sonic blender, melding various genres. It weaves punk, synth-pop, alt-rock, and pop-rock, and occasionally they all are heard at the same time. Consequently, the song moves from dance-like euphoria to mosh pit mania, and it is awesome. The topsy-turvy approach mirrors Søberg’s tale of dealing with anxiety and depression:

“Spent the whole day in my head
Replaying all the thing you said
Praying that the colours of my eyes didn’t show
Give it away, yeah, reveal what I’m too scared to say
Leave room, leave room for it to hide a-, hide away”

But by sharing their experience, Søberg makes us know that we, like they, can find hope in great music.

The single is out on boutique label Icons Creating Evil Art (ICEA).

If the tender acoustic guitar work on “Strawberry Lemonade” from indie folk artist Christian Lee Hutson doesn’t tug at your heart strings, please consult a medical professional for immediate care. Only a non-beating cardiac vessel can resist this song’s intimate, minor key charms. But if ballads aren’t your jam, fear not: Hutson balances the mellowness with a scorching outro.

The Los Angeles-based singer is no stranger to great songwriting. As a solo artist he has released three LPs, including last year’s critically acclaimed Beginners. But he is equally prolific as a collaborator with Conor Oberst and Phoebe Bridgers who both produced this tune. With lyrics that are as stirring as the music, “Strawberry Lemonade” is a sumptuous sonic feast:

This single is out now via Anti. You can get it from these links and on Bandcamp. The latter also offers The Version Suicides, three volumes of covers he released earlier this year. (His take on The Cure’s “Just Like Heaven” features Shamir and is a must-hear!) Hutson is currently on tour with The Magnetic Fields. 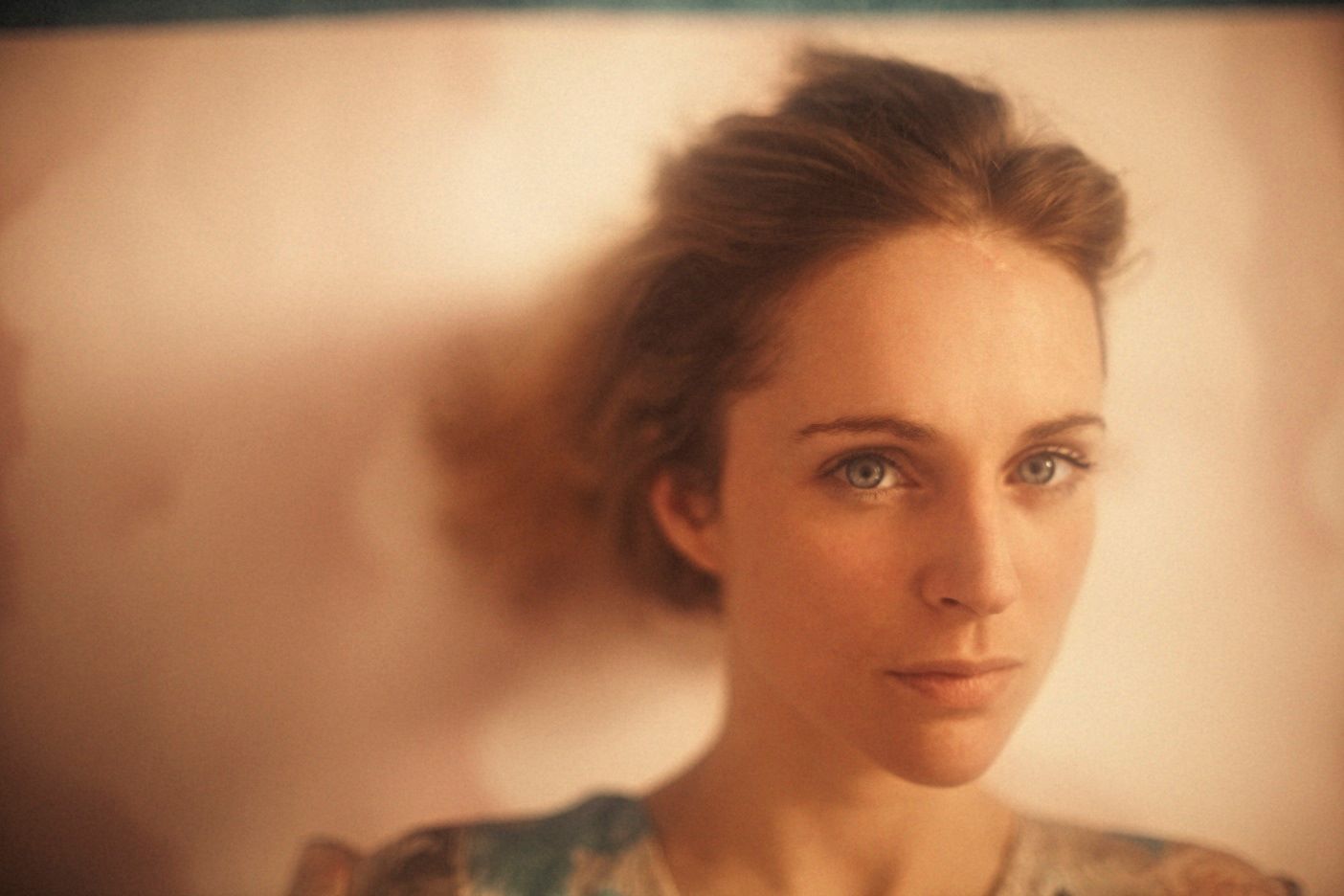 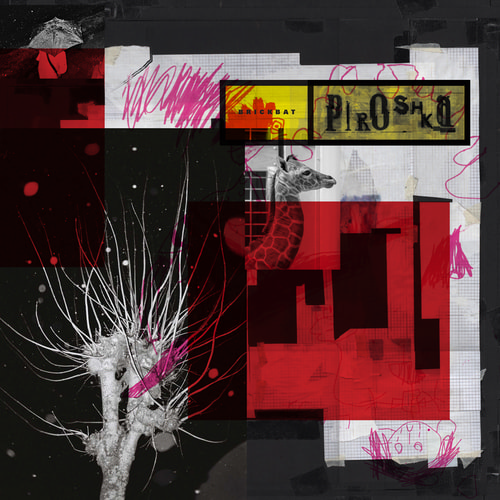