We’re going across the globe for new music on The Matinee November 3rd edition. There are several hidden gems, three returnees, and one band who make their long-awaited return.

What a better way to start the day than with some gorgeous dream pop and from the genre’s capital no less – Sweden. Following in the footsteps of bands like POSTILJONEN and Moonbabies, Malmö-based producer Bam Spacey is similarly creating stunning music. His 2014 debut album, 1998, was well-received on both sides of the Atlantic, but it might be his next LP that makes him a star if the first single is any indication.

“Avstånd Och Skog” is simply breathtaking. The song, which translates to “Distance and Forest”, displays the power of music, where it is not necessarily to speak the language to be moved. Sung mostly in Swedish, the song is an ethereal wonderland. The cosmic soundscapes and the lush vocals transport you to a whole new world. A place that can only be seen and truly experienced with your eyes closed and mind wide open. Beautiful.

“Avstånd Och Skog” is from Bam Spacey’s sophomore album “Eden”. It will be released next Friday, November 11th via Hybris. 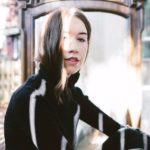 If we were to write our list of favorite “hidden gems” of the year, Brooklyn-based singer-songwriter  Taryn Faye Randall – a.k.a. COTE – would be near the top. Her first two singles, “London” and “Green Light”, were stunning in their execution. Her new single, “Golden Hour”, which she released two days ago, is the most intimate and immediate of the three.

The instrumentation is sparse and minimalist to allow COTE’s delicate, angelic vocals to shine and rightfully so. This song is about a specific time that changed Randall’s life. As she explains:

For me, “Golden Hour” is a snapshot of very difficult, but distant time in my life. We all have songs that transport us to a specific memory or time and this song does that for me. My life has changed drastically since writing ‘Golden Hour,’ but I can still tap into the same feelings of loss every time it starts to play.

Whether it was an epiphany or something even more dramatic, Randall does not go into deal. But as you listen to her story, you, too, might make this song your own personal anthem. The one song that makes realize that you are alive.

Japandroids – “Near To The Wild Heart Of Life” (Vancouver, Canada) 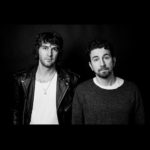 It has been over four years since Brian King and David Prowse have released any new music as Japandroids. For that matter, they haven’t been heard from since finishing their last tour in 2013. The duo from Vancouver have never been one’s to rush things, which is why each of their two albums have been outstanding, including the triumphant Celebration Rock. Album number three is now on its way and the first song is “Near To The Wild Heart Of Life”.

The song is a banger. Much like how The Men and Cloud Nothings dialed down the rage and channeled their inner Bruce Springsteens and Neil Youngs, Japandroids have opted for more of a classic-rock vibe as oppose to the fiery and frenetic garage rock of their previous two albums. The sound is also more expansive. There are still the raucous guitar work and drumming, but synths also shimmer in the background on this melodic yet still energizing tune. While the approach may be surprising, the song title offered a hint that something new was amiss, and this is most welcome evolution for one of rock’s great bands.

“Near To The Wild Heart Of Life” is the title track from Japandroids’ forthcoming new album. It arrives January 27th, 2017 via ANTI Records and Arts & Crafts. Pre-order the LP here. 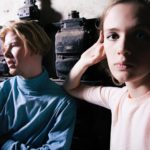 Newcomers mono mono first caught our attention when they released their sultry debut single, “City Lights”. The song revealed a duo who is willing to push the envelope and innovate, mixing electro-pop with jazz and blues. Their second single is equally as enticing and maybe even more absorbing.

Jakob Franck’s production work is delicate and sensual. Karoline Elsig’s saxophone adds to the heat of the song while her deep vocals are rich and luxurious. All you want to do is dive head first into the enchanting delirium that the Danish duo have created. Elsig and Franck are a band to watch, doing something other groups are not – re-imagining electronica in exciting new ways.

There are songs that you hear for the first time and you’re immediate reaction is, “Holy cow, this is awesome!” Such is the case with Miami psychedelic garage rockers Plastic Pinks‘ new single, “At World’s End”.

This song is epic. For 6 1/2 minutes, the quintet blaze a trail of unrelenting ferocity. From the flaming guitars to the apocalyptic drumming to co-front person Augie Pink’s vocals, the song just grabs hold of you and jolts every bone in your body. While all these elements are fantastic, Dane Giordano’s bass line is off the hook and launches the song to a new dimension. With such an awesome track, makes you wonder where these five individuals have been lurking for three years. 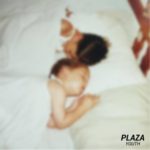 Another band which caught our attention a few months ago is PLAZA, the four-piece from North East, England. Their single, “Blood Orange”, was a shoegaze-y love affair. Their new single, “Youth”, meanwhile, is an ocean of shimmering, anthemic indie rock.

Akin to the approaches of Editors and Aussie wunderkinds City Calm Down, PLAZA have created a song that is simultaneously bone-jarring and breathtaking. The crystalline guitar lines, the blasts of My Bloody Valentine-esque shoegaze goodness, and the collision of percussion are the catalysts in making “Youth” a mind-blowing track. It is, however, frontman Bradley Lennard’s warm tenor that invites you into the song and keeps your attention fixated throughout its 3 minutes and 40 seconds. If you needed an anthem for the fall or the oncoming winter, “Youth” would be a fantastic choice.

The song will officially be available tomorrow via Beyond The Wall. 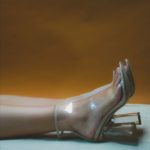 First impressions are everlasting, particularly when it comes to music. It is essential for an artist to share a song that just captivates her listeners and shakes them to the core, which is what Talia Taxman – a.k.a. Rodes Rollins – has done with her debut single, “Young & Thriving”.

This song is absolutely stunning and breathtaking. It blurs the divide of the radiance that filled the skies over Laurel Canyon in the ’70s with the lush, smokey qualities that stream contemporary psychedelic-folk. For 3 1/2 minutes, your mind is left in a haze as Rollins’ angelic vocals glide effortlessly through the tremolo guitar and the heart-pounding rhythms. If the song feels like a dream, its origins came from an idea that formed during a late night in the summer. Beautiful.

“Young & Thriving” is from Taxman’s forthcoming EP, Young Adult, which has been produced by Alex Goose (Kevin Gates, Weezer). The song features Warpaint’s Stella Mozgawa, who seems to be everywhere lately. 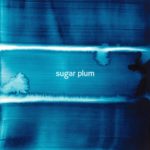 There are a lot of artists who have remixed classical songs and turned them into stunning masterpieces of their own. Austrian producer Stefan Obermaier is one of the best in the business, but he has not done what New Zealander Rousseau has accomplished.

Taking Tchaikovsky’s “Dance of the Sugar Plum Fairy” from The Nutcracker, Rousseau, with the assistance of Ed Zuccollo, has turned this famous instrumental into a banger of a song. She hasn’t made this into an unrecognizable EDM number. On the contrary, she has taken this classic song’s sweet melody and made it darker and more haunting and, thus, more tantalizing. The music provides the perfect palette to Rouseau’s introspective songwriting, as she laments growing up and losing the innocence of her youth. As she states in the song, this is her “quarter-life crisis”, where each day feels like it is on repeat and she robotically follows the pack. This song is not merely a terrific pop tune, it is a brilliant reinvention of three established genres – classical, electronic, and pop.

“Sugar Plum” is Rousseau’s debut single, and the first song from her forthcoming EP, hello, i know you’re busy. Its release date is still to be announced, but expected early 2017. 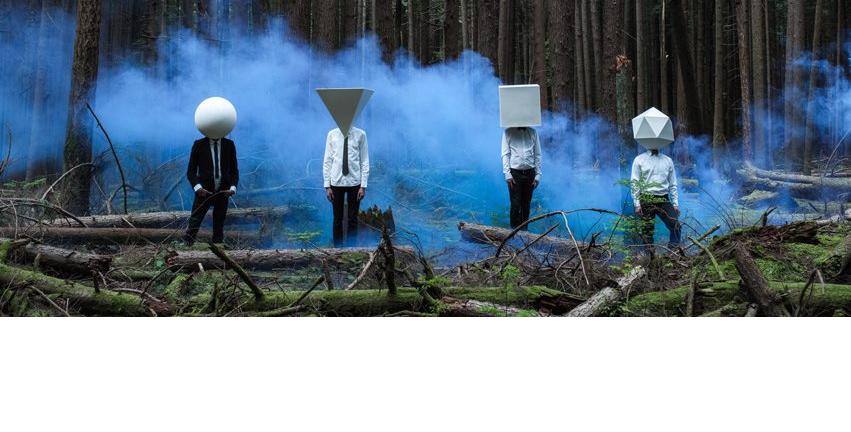 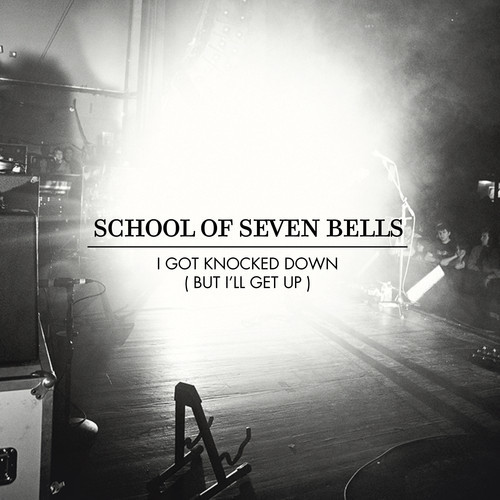 Mundo Musique: School of Seven Bells release a cover of Joey Ramone’s “I Got Knocked Down (But I’ll Get Up)” 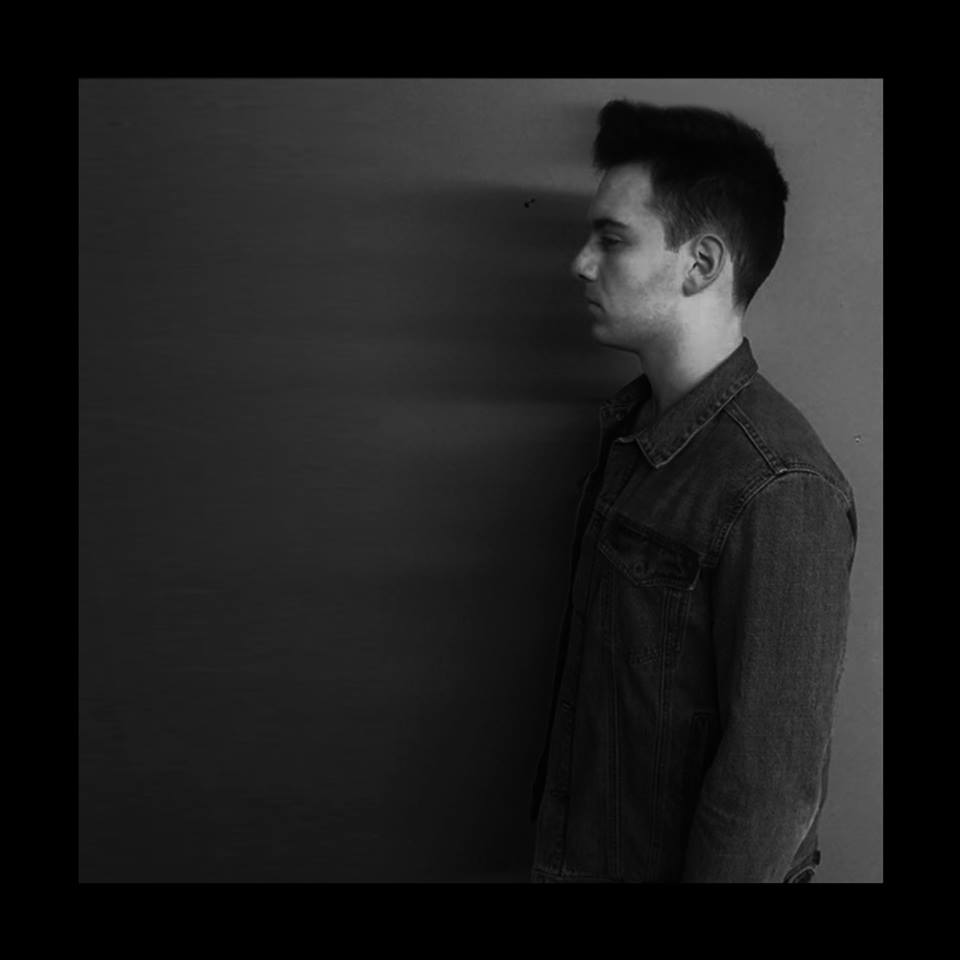