The Matinee ’18 April 24th edition features everything from the bone-chilling to the experimental to the exhilarating to the breathtaking. Each of them has a bit of cinema, so be prepared to lose yourself in each of the nine songs.

Two years ago we predicted the Jonathon Linaberry-fronted outfit The Bones of J.R. Jones to potentially experience a breakout similar to Nathaniel Rateliff & The Night Sweats, and we are still waiting for that moment to happen. It’s not for the lack of effort or talent because the NYC group are road warriors and their music is among the very best soulful Americana has to offer. We would even argue they are at the top of the food chain. Maybe when their new album, Ones to Keep Close, arrives on May 11th via Tone Tree Music, they’ll finally receive the accolades they so deserve. The latest number from the LP definitely is an eye-opener.

With the gritty feel of a lonesome gunslinger wandering through the Wild West in the 19th Century, “Know My Name” is a grueling but enrapturing number. The stuttering melody and rhythms add to the dark and dreary landscape, where everyone looks at each other like a mistrusted stranger. Linaberry’s stirring vocals and cinematic storyline further accentuate the mood, particularly as he comments about how “you’re the only thing that keeps a devil in time.” The more you listen to this song, the more you are likely to agree that this tune could be the anthem to Josey Wales’ last shootout.

Scandinavia is teeming with great indie-pop bands, and among them are Holy Now, who have dazzled us for over two years. Actually, they stole our hearts the first we heard them when they released “Wake Up”. Their newest single possesses the same breathtaking aura of that initial experience.

“Tainted Heart” is stunning, gripping, and mesmerizing. The arrangements and overall approach are reminiscent of My Morning Jacket’s epic ballads, such as “Phone Went West”, “I Will Sing You Songs”, and their masterpiece “Steam Engine”. Like those classic, “Tainted Heart” commences slowly, crafting a gentile, dreamy soundscape while front woman Julia Olander wistfully sings about being someone else and wanting to “feel alive”. The song then reaches its mind-blowing climax, where every element reaches a torturous euphoria in which you instantly get lost. It’s a memorable ending that hopefully is extended in a live setting, so that the audience can experience this magnificent piece of art for several minutes beyond its initial four-minute running time.

Holy Now’s debut album is expected later this year. For now, the song is out on Lazy Octopus Records (Sweden) and OK Tapes.

Penguin – “Get Me Out” (Newcastle-Upon-Tyne, England)

A year ago, we were introduced to Penguin when he released a demo of “Not A Problem”. We were astonished that that it was just a demo since to us it was indie rock perfection. The enigmatic English artist released one more terrific demo, and about three weeks ago he released his “official” debut single – or just his first non-demo track – and it’s a delicious little treat.

“Get Me Out” is akin to the anthemic nature of Editors’ current work combined with the smart and insightful lyricism of American Wrestlers. It’s groovy, danceable, and rocking all at the same time. The first half is worth a few shoulder shimmies and hip shakes while the second half is worthy of the most rambunctious fist humps. The transition from summery and cool to wintry chaos brilliantly mirrors Penguin’s lyrics of dealing with anxiety, depression, and stress. Many of us have been at the place where we don’t “want to hear my voice” and just want to yell “get me out!” It just never sounded so awesome.

The fastest way to music stardom is to copy the formula that works for those receiving radio play. Everyone knows this, so it impresses us even more when a band opts to throw away the cookie cutter and create music that they want to hear and share. Screw Billboard charts and top-40 streams. What matters the most is the art, which is how to describe London-based Post Louis‘ work. The last single, “Little Jack”, was mysterious art-rock, and it was like observing one of Dali’s darkest paintings. Their newest output, “Stress Fracture”, meanwhile, is more akin to Jackson Pollock’s vivid chaos. That is every element bursts off the canvas, or in this case pops out of the speakers and headphones.

The experimental-rock approach likes somewhere between the oft-kilter quirkiness of Faust, the zany whirlwind heard on Deerhoof’s tracks, and the shivering scintillation of Thermals. It is chaotic, but everything is controlled. Consequently, you’ll find yourself unexpected shaking and bopping to the bubbling rhythms and trumpet while losing yourself within the sizzling guitars and front woman Stephanie Davin’s cool delivery. This maelstrom of sound and texture isn’t just an accident, but it is intentionally delivered to imitate the confusion that rages in one’s head when one is trying to overcome the end of a relationship. However, let this song be the start of your relationship with this gifted band. If you’re already a fan, may it spark the flames.

What’s a Tuesday without some dazzlingly dreamy shoegaze? By now, you know we love the genre, especially when it sounds as exhilarating as “Sooner”, the new single from California-based Soft Science.

Like the music that Lush and Slowdive perfected in the late ’80s and early ’90s and No Joy and Trementina brilliantly replicated this decade, “Sooner” is a swooning number. The scintillating guitar riffs, the exuberant rhythms and keys, and Katie Haley’s gorgeous vocals merge to form a cascade of ethereal intoxication. As such, when listening to this track, make sure you’re handling anything dangerous or even driving because you just might lose yourself in the quintet’s sublime delirium. Wow, what an introduction!

We often wonder if a band or artist were alive 20, 30, and even 40 years ago, would they have been stars then and, thus, legends today? Toronto duo TRAITRS are one such group that this question applies.

Sean-Patrick Nolan and Shawn Tucker have only been around for less than three years, but their “cold wave” or synth- and bass-driven post-punk is reminiscent of a young The Cure. Even Nolan’s cowering wail is akin to Robert Smith, although he doesn’t have the black coif that Smith has. Take a listen to “The Suffering of Spiders”, and you’ll also believe that the pair are the heirs to the goth-punk legends’ throne.

The song rattles bones and sends shivers down spines with its dark, hypnotic, and immersive approach, much like the tracks on Seventeen Seconds or Pornography. In addition to the sensation instrumentation, particularly the throbbing bass line and the steely, shoegaze guitar, Nolan’s lyrics are exquisite, as they are like an Edgar Allan Poe poem. When all these elements come together in a single song, the result is simply awesome.

Earlier this year, Ty Segall & The Freedom Band released their debut album (although it’s Segall’s twenty-something overall LP), Freedom’s Goblin (on Drag City and available for purchase on Bandcamp). It represented a slight departure for the king of psychedelic garage-rock, adding a soulful element with the addition of horns to complement his gritty sound. While we didn’t expect him to share anything on SoundCloud nor Spotify (he has preferred Bandcamp and YouTube), he surprised everyone the either day by doing the unexpected. As such, here is “Fanny Dog (Royal)”.

Yes, this song is dedicated to his dog Fanny, and Segall explains how she “knows her name”, who calls her, and the games she likes to play. It’s a little different storyline from Segall, but it sure is amusing. You cannot help imagining a Lassie-like moment, where Segall waits in a meadow as Fanny comes running at him and they embrace like family. It’s the music, however, that you really come to hear, specifically Segall channeling the likes of everyone from Santana to Bela Fleck to Buddy Guy (there’s some awesome finger-picking at the end of the song) and The Freedom Band’s classic soul approach. Once again, Segall surprises and impresses.

If you cannot stream the song above (apparently not available in the US), check it out on Spotify or YouTube.

Yonatan Gat is one of the great guitarists in existence. It’s not merely how quick his chord progressions are or that he fire off explosive guitar solos. He’s also a master innovator in creating new sounds with his instrument and a brilliant composer. He’s essentially Santana, Ravi Shankar, Jack White, The Edge, and Nels Cline rolled into one. The rest of the world will eventually appreciate his massive talent, and maybe people will after hearing “Cue The Machines”.

This track is beyond comparison and definition. It’s operatic at first before transforming into a Middle Eastern-inspired, psychedelic-infused, experimental piece of gyrating rhythms, sizzling guitar riffs, and hypnotic chants. It’s wild, it’s imaginative, it is the work of a genius. A genius who we have to start calling the Pablo Picasso of music – an artist who makes the challenging and incomprehensible magnificent.

Yonatan Gat’s new album, Universalists, is out May 4th on Joyful Noise Recordings. The LP should be a wonderful adventure.

Yesterday, we were introduced to a young singer-songwriter from overseas who has the chance to be a massive star. Today, another artist similarly impresses us. We’re not exaggerating when we say French-based singer-songwriter Yorina is a star-in-waiting. A star ready to explode. Her new single, “Wild As A Horse”, is just the tip of the iceberg of what she can do.

Yorina, though, isn’t exactly a new name within the arts arena. She’s a talented and critically acclaimed fashion designer, and now she’s applying her dramatic and cinematic creativity to music. “Wild As A Horse” is bold, stunning, and enrapturing, just like Yorina’s clothing designs. Her emotive vocals are enchanting, as she explains how she is a woman moving forward. A strong independent woman who doesn’t need to be guided by others who think they know better. As she proclaims while the beautiful orchestration soars behind her:

“But it’s not justice that I need,
It’s not lessons that I need
To go further in time.
And it’s not footing that I need
It’s not opinions that will lead me
To change my mind.” 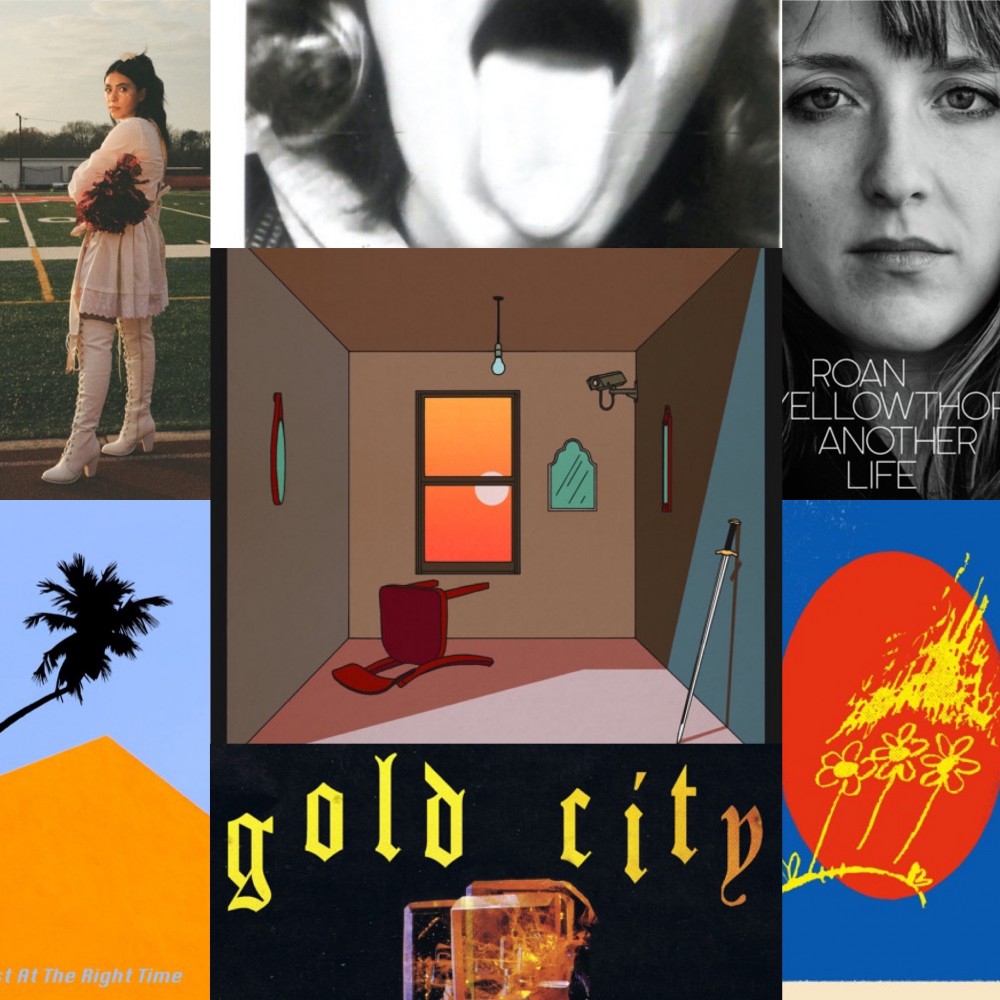 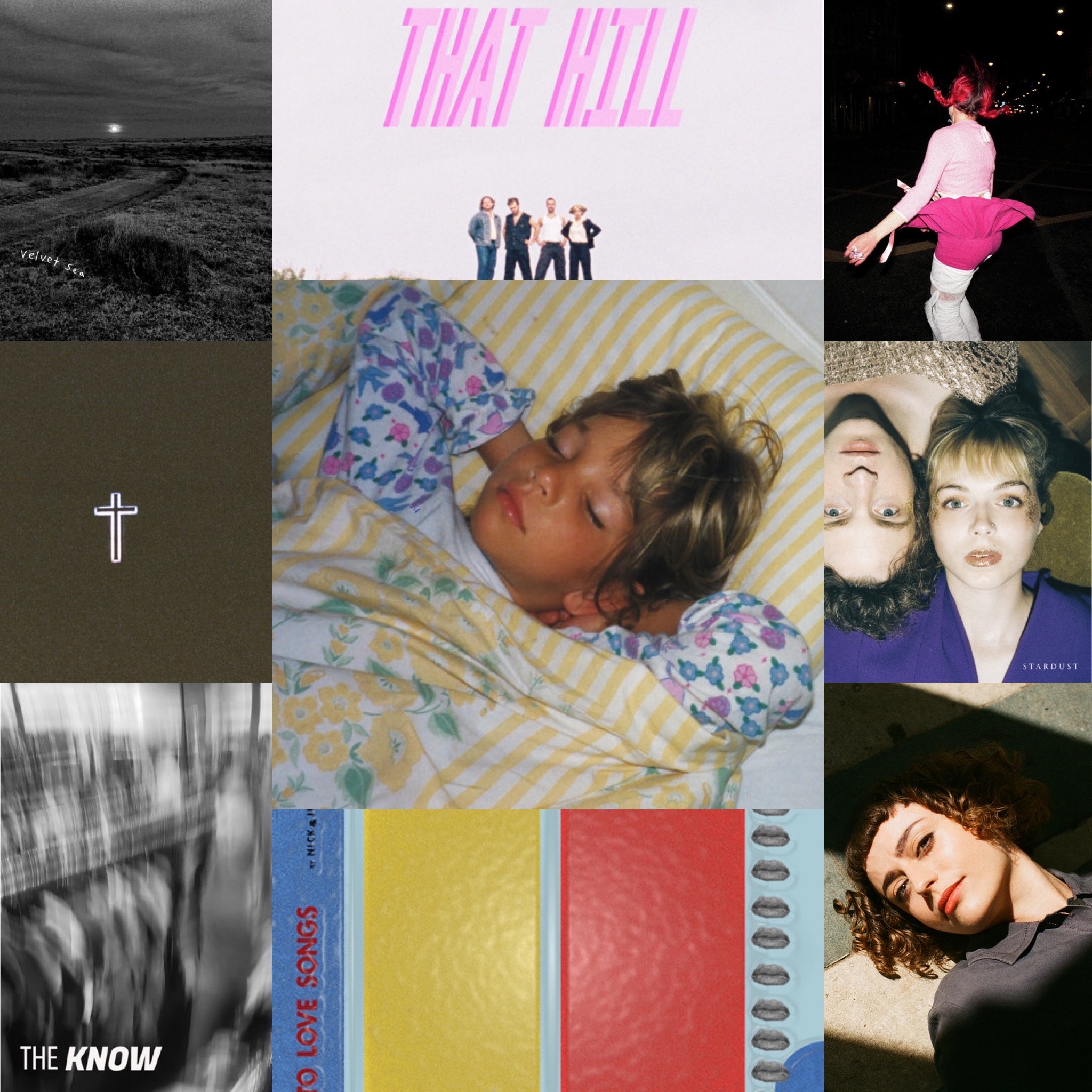