Three years ago when Ratboys released their excellent album, GN, the accompanying press release screamed, “Ratboys are your new favorite band”. It’s one thing to make such a bold exclamation, and it’s another to back it up. Julie Steiner and David Sagan, the band’s co-founders, fortunately, more than just proved they were worthy of such accolades. They blew every expectation of them, as GN was “imaginative, pensive, quirky, and real, (and) every minute (was) like a page-turning book that keeps you awake at night.” So what Steiner and Sagan, who are now permanently joined by bassist Sean Neumann and drummer Marcus Nuccio, do as an encore? They release another intelligent and equally addictive gem in Printer’s Devil.

Whereas GN was intimate, bedroom pop with tinges of alt-folk, Printer’s Devil is bigger, bolder, and more widescreen guitar-pop and indie pop-rock. The presence of Neumann and Nuccio partially explains the change in tone, and another reason lies in the constant touring the band did following GN‘s release. What rock band has not wanted to let loose and get fans into a frenzy or channel their inner Nirvana? Ratboys do just that with “Look To”, which echoes the energetic pop-rock of Swearin’ and Joanna Gruesome. The slow-building, Veruca Salt-esque “Victorian Slumhouse” grooves at first but then roars at its peak. On “Listening”, the quartet unleash a ’90s-esque, grunge ballad that quietly rages on its margins yet shimmers at its core.

Although the band’s sound has evolved, Steiner’s exemplary songwriting remains the one constant. Her tales are often full of memory and close to her heart, such as saying goodnight and sledding down a hill with a parent on “Look To”. She can also be creative and whimsical, such as telling a story through the perspective of a horse on the sublimely tepid rocker, “Clever Hans”. Even when her lyrics are opaque in their meaning, she still hits hard, as she does on the introspective “Listening” (which is dedicated to Anthony Bourdain).

Printer’s Devil hits its zenith when the band pair deliciously-infecious ear-candy with Steiner’s storytelling. “I Go Out at Night” starts off warm and inviting with a jangly guitar and titillating rhythms. Steiner’s saccharine vocals then enter the fray, and her first words are amusing yet thought-provoking:

“I just had a thought / What if I never came home?
I’ll go and get a job / Uninstalling ’90s payphones.”

As the song continues, Steiner shares with us many different thoughts, which revolve around her own fears and insecurities regarding the future and growing up. This is further evidenced when she says, “Sometimes when I’m afraid, I turn on the light.” The lyrics are straightforward and seem obvious, but it is a metaphor for her having an epiphany.

The immensely clever and infectious “Alien With a Sleep Mask On” is made for The Chicago Theatre. It accelerates right out of the gate before dialing down with Neumann’s superb bass echoing in the stillness. The track then revs up again, at which point Steiner’s lyrics about feeling disoriented about where you are and where you’re from start to resonate.

The ’90s indie-rock tune, “Anj”, mimics the era of Pavement and Built to Spill. Steiner’s vibrant vocal fills the spaces between Sagan’s driving guitar and Neumann and Nuccio’s throbbing rhytms. Her tale concerns a very important person in her life. Angie, or Anj for short, cared for her and her siblings while their parents worked. Her lyrics are touching, particularly when she says, “I’m not alone”. It’s a statement not just for herself but everyone. In a lot of ways, Printer’s Devil is like Anj. It’s an album that we can turn to at any time and be comforted. That will encourage us to rock out, be ourselves, and know someone out there is looking out for us.

Printer’s Devil is out now via Topshelf Records. Get it on Bandcamp. 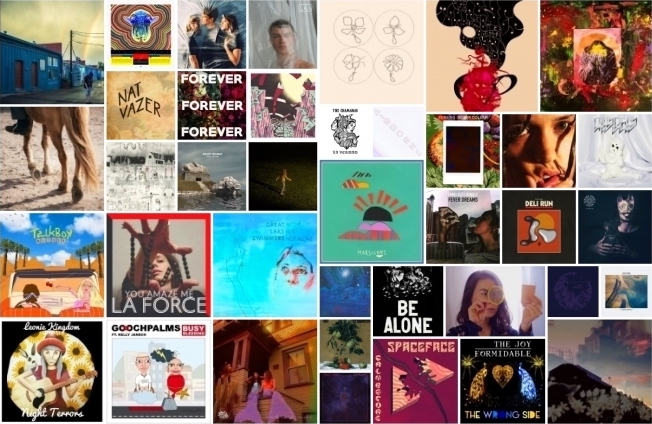