As the calendar turns to March, The Matinee ’21 v. 033 prepares you for the changing of seasons with six tunes that surely will leave you in a dream-like state or completely blissful. We kick things off with an unforgettable cover.

It takes a special cover song for us to share, where the new rendition honors the original’s intent yet elevates it to another level. Essentially, the covering artist has made the song their own. Those who have followed Ghostly Kisses – the project of Margaux Sauvé – have long known the Québec City-based singer-songwriter creates beautifully breathtaking music. With the assistance of pianist Louis-Étienne Santais, she has taken French group Indochine‘s iconic 2002 single, “J’ai demandé à la lune”, and turned the mid-tempo pop-rock ballad into a melancholic dream.

With just Santais’ gentle piano playing as the canvas, Sauvé’s ethereal voice dances through the delicate arrangement. Her delivery is almost whisper-like to heighten the intimacy and desperation. She asks for a celestial intervention to heal her wounds and to be reunited with someone she has long loved. Sauvé’s version not only transforms the original but is stunning, adding more emotion to the heartfelt lyrics:

The single is out on Akira Records and Coyote Records.

Vacation Forever – “Pop Up In My Head” (Stockholm, Sweden)

Words like “timeless” and “instant classic” have been used to describe a song’s enduring potential. But what about “a song for all seasons”? These songs can be played all year round while eliciting different emotions and sensations depending on the time of year. Springtime may lead to images of bright sunshine and blooming flowers. In the summer, they may emote feelings of ocean breezes and sun-kissed landscapes. For autumn and winter, such tunes may replicate the everlasting warmth that comes with an open fire or cozying up to a loved one. So regardless of where you are today, this next tune will brighten your day.

Take a deep breath and allow your imaginations go wild with “Pop Up In My Head”, the new single from Swedish dreamgaze artist Vacation Forever. Zacharias Zachrisson, the man behind Vacation Forever, has delivered one of the year’s most memorable, if not extraordinary, songs. It captures the idealism of the late-’80s and early-’90s when bands, mostly from the UK, created music that offered a bit of escapism from the grueling, conflict-riddled outside world. The chiming, shoegaze guitars and the titillating rhythms are soothing, and one can easily lose her/himself within the sublime melody. Zachrisson’s breathy vocals add to the song’s dreamy allure, and he sings about an event to which we all can relate – the first kiss with our first love and how we wish to re-live the innocence of that day and our youth. With this song, we can all feel young again.

Zachrisson debut album,  Real Life Sux, is out later this year via Kravenworks.

POSTDATA – “Inside Out” (Halifax, Canada) 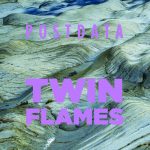 Spring is just around the corner, with a promise of rebirth that instills hope in us all. The same can be said for the newest POSTDATA single. “Inside Out” might be Paul Murphy’s most euphoric yet. His new LP, Twin Flames, arrives this Friday, just in time to lift our spirits for this new season.

“Inside Out” dazzles with its palette of bright tones and soaring hooks. Some fans may swoon over the Wintersleep frontman’s warm vocals, but this song offers so much more. It delivers what we have been missing for the last year: renewed optimism. No matter where you are in the world, the pandemic impacted you. The subsequent isolation of 2020 robbed nearly everyone of the things that bring us close. We have spent a year mourning smaller losses (from hugs and live music) to larger ones (passing of loved ones). As we prepare to emerge from that era, “Inside Out” becomes a mantra of sorts. Its lyrics call us to set our sights on love:

This song will melt our icy doldrums as we embrace the light on the horizon.

Twin Flames releases March 5 via Paper Bag Records with pre-orders from these links or directly from Bandcamp.

Legendary bassist Peter Hook is taking his band, The Light, on a global tour that will feature both of Joy Division’s albums and some New Order cuts (whether the tour happens as scheduled remains to be seen). This is an opportunity to recall the greatness of the Manchester band (as we showcased a few months ago on an Artists Speak feature) as well as to think what Joy Division would have sounded like post-1980. Bernard Sumner mentioned some years ago that much of New Order’s early material was derived from the work that he, Ian Curtis, Hook, and Stephen Morris did prior to Curtis’ passing, which indicated that Joy Division was heading into the darkwave realm. While we may never know what was to come, Australian newcomers HighSchool help us think what could have been with their third single.

“De Facto” is very much what we imagine Joy Division would have sounded like in the early ’80s. It is a brilliant mélange of post-punk, synth-pop, and krautrock. The bass line throbs like a classic Peter Hook hook, the synths and drums pop like New Order in its infancy, and front-man Rory Trobbiani’s shallow voice echoes of a young Ian Curtis. Like the iconic band’s great songs, this number bellows with both urgency and exhilaration. As such, it’s made for rushing the streets in chase of someone or something, cruising the streets in mindless wander, or dancing under the pulsating strobe lights and forgetting about the world for a moment and focusing on the one who got away. As Trobbiani sings:

“Now you’re all alone
Waiting on your phone
The first time that you recognised
Something in her eyes
Well it’s the love that never dies.”

The song is out on Dalliance Recordings and available on Bandcamp. HighSchool are Lilli Trobbianni, Luke Scott, and Rory Trobbiani. 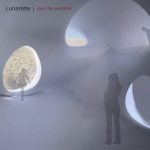 Dream-pop bands usually follow the same formula: gauzy layers of reverbed synths and vocals paired with languid tempos. These basics have remained unchanged for decades because the formula works. From genre pioneers like The Jesus and Mary Chain and Cocteau Twins to modern icons Alvvays, Washed Out, and Beach House, dream pop rarely has seismic shifts. So how does an emerging band make a name for themselves without sounding derivative? If you’re New York City-based Lunarette, you simply pick up your instruments and the magic creates itself.

Lunarette emerged as a new iteration of a previous band (Gingerlys) in 2018. Since then they have been polishing their already dreamy sound and recording their upcoming Clair de Lunarette debut EP. The result is a gleaming success. “Messing” proves that magic is still being made. Lead vocalist Jackie Mendoza’s sensual vocals wrap listeners in a cashmere embrace while the instrumentation mesmerizes. Your only choice is to let these melodies wash over you and transport you to an oasis of calm. If you have been needing some musical bliss in your life, look no further than Lunarette to dazzle and delight. Keep an eye on this band: they won’t be a hidden gem for long.

Clair de Lunarette is due March 26th via Topshelf Records with pre-orders available on Bandcamp.

At the end of January, Skye Edwards and Ross Godfrey announced that they will release their tenth album as Morcheeba. The announcement was accompanied by the dream-like escapade, “Sounds of Blue”. For the second release from Blackest Blue, the duo opt to dim the lights and turn up the heat with “Oh Oh Yeah”.

Equally made for London’s most exclusive clubs as well as for the intimacy of one’s own bedroom, “Oh Oh Yeah” is downtempo, trip-hop perfection. It is sultry and smooth, as Godfrey’s guitar shallowly rings in the background while the rhythms calmly pulse alongside. Edwards’ cool yet elegant voice hovers between the riffs. Her message, though, is not what is expected from such an intimate track. Instead of love, she poetically speaks of liberation, rejuvenation, and reinvention in a world that seeks to destroy itself. 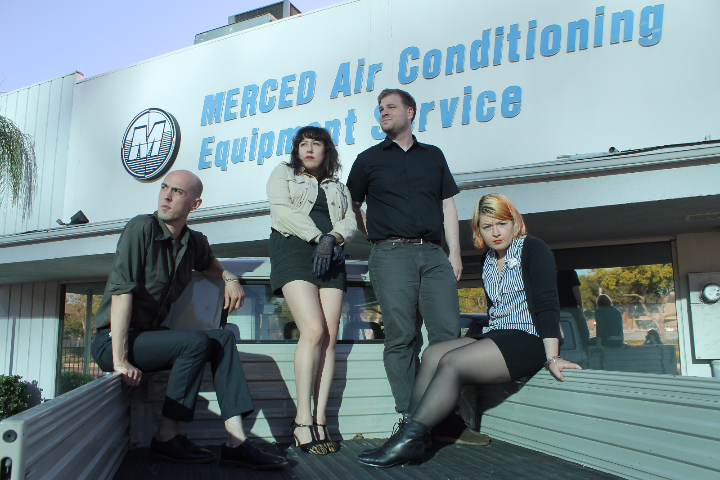