The Matinee ’21 v. 112 ushers in your weekend with fresh summer tunes, and the nine songs together make for a great road-trip playlist. And since today is Bandcamp Friday, we have included links to each artist’s Bandcamp page wherever possible. Bands receive 100% of sales on the first Friday of each month, so every purchase today supports the artists who make the music we all love.

Never use number of airplays to determine a band’s popularity. In this day and age where a 30-second clip can go viral, artists have more avenues to build a fanbase. Atlanta’s Lunar Vacation are living proof of this. Despite just a couple of EPs and a few singles to their name, the dream-pop outfit have amassed a sizable following with nearly 60,000 people tracking them on Instagram. They’re like the 2020s’ version of Alvvays, creating music that resonates with the young and the old and that can be played in all seasons. Their previous single, “Shrug”, showcased their pristine sound, which they take to even more glistening heights on “Mold”.

Grace Repasky (vocals, guitar, bass), Maggie Geeslin (guitar), Matteo DeLurgio (auxiliary percussion), and Connor Dowd’s (drums) newest single is dream-pop perfection. It chimes, bops, and completely enraptures with the percolating rhythms, the crystalline guitar, and Repasky’s enchanting voice. Like the aforementioned Alvvays, the quartet just know when to change the pace, turning the track from a dazzling delight into a bouncy bopper and back again. The wavering approach reflects the protagonist’s experience in a world overrun by commercialization and false identities. “I can be anything you wanted”, she pleads to the residents of the West Coast. They, however, ignore her because they, too, can be anything anyone wants.

Lunar Vacation’s debut album, Inside Every Fig is a Dead Wasp, releases October 29th via Keeled Scales. This record could very well be everything we want in an autumn release. Pre-orders for the LP are available at the label’s store and Bandcamp.

Remember the band to whom Kim Gordon gave her seal of approval back in 2018? If not, then this is your chance to be (re-)introduced to Kills Birds, whose debut single, “Worthy Girl”, was a jackhammer of a rocker. Since then, they’ve received David Grohl’s endorsement, and the Foo Fighters front-man’s studio was also used to record the band’s sophomore album. Don’t expect, however, Foos-like rock. On the contrary, expect a full-frontal assault on the senses as Kill Birds are first and foremost a punk band. They prove this on “Rabbit”.

Explosive is the first word that comes to mind when describing this number. Every element is played with the intensity of a young band on the warpath to be heard. Pummeling percussion, raging guitars and a grinding, pulsating bass line encircle front-woman Nina Ljeti’s piercing vocal. She is “not like the other girls”, where she’s not interested in playing games, being pampered, and allowing anyone to determine her every movement. Ljeti instead marches to the beat of her own drum, which is filled with angst, attitude, and purpose.

No wonder Gordon and Grohl love this band, who just so happen will be playing with the Foo Fighters in Mexico City in November. Given their cathartic sound, maybe the Foos should be opening for Nina Ljeti (vocals), Fielder Thomas (bass), and Jacob Loeb (guitar).

Only two weeks remain until what will likely be one of 2021’s most unexpected albums is released. We’re, of course, referring to Deafheaven‘s Infinite Granite, which is shaping up to be the alter-ego of everything the blackgaze inventors have created. While not all new chapters yield a great outcome, the legendary band’s fifth album is setting up to be remarkable – at least that’s the indication from the first two singles, cosmic shoegazer “Great Mass of Color” and the epic “The Gnashing”. The LP’s third single is another sign that George Clarke, Kerry McCoy, Daniel Tracy, Shiv Mehra, and Chris Johnson might have crafted a shoegaze masterpiece.

“In Blur” is a mammoth, multidimensional shoegaze single. The subdued yet tantalizing first half eases listeners in to Deafheaven’s vortex. It glistens with crystalline guitars and a taut yet urgent rhythm section although the while Clarke’s hollow yet controlled voice weaves between the textures. The song then gradually builds and bursts into an array of stunning noise. We have dove headfirst into this otherworldly place. This place, however, is not as majestic as we think. As Clarke reveals:

Who are you now?

Despite the bleakness, Deafheaven have surprisingly shown us the light.

For more than a dozen years, English singer-songwriter Karima Francis has made audiences swoon with her heavenly voice and intimate songs. She skyrocketed to fame at a young with a performance on Later with Jools Holland, opening for Paul Simon, and sharing the stage with the likes of Amy Whitehouse and Patti Smith. And yet, the Blackpool native still somehow feels like a hidden gem, where people still overlook her talent. Her newest single, however, may have listeners doing double takes and come streaming back in her direction.

Sit down because “Say” is knee-buckling gorgeous. The song’s delicate nature is brittlely vulnerable yet breathtakingly spellbinding. It is filled with moments that cause you to pause and reflect on recent times and once-forgotten memories. But what leaves one completely motionless is Francis’ stirring vocal, which is filled with remorse and uncertainty. She sings about how the endless days of isolation affected her and those around her. It is the painful realization that even the strongest relationships have limits.

We’ll say that “Say” is one of the most beautiful songs of the year.

Despite their hard rock-sounding name, Big Red Machine are softies. You can hear it in the tenderness of their sound and in lyrics inspired by their families. Songwriters often draw from personal experiences at home, though most focus on adult relationships. When a song takes its inspiration from a child, as Dessner does in naming this song after his daughter, it tugs at your heartstrings a bit more. Hearing these lyrics sung by Justin Vernon puts a smile on your face:

The rich vocals of singer-songwriter Ilsey – known for writing songs for other stars, including Beyonce and Miley Cyrus – elevates this track to dream-pop perfection. The song’s instrumentation is enhanced by Bryce Dessner (The National) on guitar, Ben Lanz (Beirut) on synths, Thomas “Doveman” Bartlett on piano/synths, and James Krivchenia (Big Thief) on drums.

“Mimi” is available to stream or purchase from these links and Bandcamp. The album arrives August 27th via Jagjaguwar.

Cash & Skye have just released their first single, but they’ve been making music since 2017. Henri Cash, guitarist and founding member of Starcrawler, and Sophia Skye, the daughter of Rilo Kiley’s bassist Pierre de Reeder, created the project from their joint appreciation for classic country music. The two started making music as a fun project, but “No More Candy” makes it obvious there’s a lot of heart in what the duo are doing.

“No More Candy” absolutely nails that classic country vibe. Skye’s voice is a perfect complement to pedal steel and brightly strummed guitar. Cash’s guitar leads fit the bill too, including a ripping solo about halfway through that takes the song to some great heights. After the solo, it gets into a catchy sing-along. “No More Candy” is a fantastic debut single that will leave listeners begging for more.

Who gives a fuck about an Oxford comma? If you answered Vampire Weekend with cheerful certainty, then this band has a sound you will love. There is no resisting the charms of rising stars Dutch Criminal Record. This trio from the south of England deliver sun-kissed surf pop on their latest single.

As perfect summer tunes go, “Return to Dust” ticks all the right boxes. Warm vocals, breezy vibes, and infectious indie pop hooks combine to create an instant hit. But descriptions like that barely scratch the surface of what makes Dutch Criminal Record a band worth watching. These guys have an original sound that tips a hat to the past without relying too heavily on their influences. The ‘90s-era Britpop elements you hear in the guitars and vocals sound timeless. It’s one of the many things to love about this song, along with lyrics that capture the frustrations of a stalled relationship:

“Taking off then landing
But nothing’s really happening
Don’t wanna cause a fuss
But where does that leave us?”

If the verses don’t sell you, the melancholy-tinged chorus will. The lines “Tell me that you need me / Tell me that you want me or I’ll return to dust” take listeners back to the days of their first crushes. Nostalgia never sounded sweeter.

This track is out now on Bandcamp and streaming on Apple Music and Spotify. The band’s upcoming EP is due soon.

RIYL: Cigarettes After Sex + The Pains of Being Pure at Heart + Wild Nothing

Music history is littered with famous sibling bands. The Osmonds and The Jackson 5 are just two examples. Maybe one day Chase (bass/lead singer), Jantzen (guitar/vocals) and Weston Meier (drums/vocals), and their project, Goldensuns, will reach such heights. Since we were introduced to the band some five years ago when they released “Give It Up”, they’ve consistently created music that made our hearts beat a little faster and left our minds in a state of awe if not ecstasy.

We’re not alone in thinking this because how else to explain the partnership the brothers have created with Warpaint? Jenny Lee Lindberg and Theresa Wayman of the indie greats were featured on Goldensuns’ previous single, “Empty”. The collaboration worked so well that Lindberg stayed around to sing backing vocal on “Pick Up Your Phone”.

The song is the perfect companion for a 5AM drive across the city. Dreamy, crystalline guitars are layered through softly pulsating rhythms, creating a sense of wonder and urgency. This is the sound of a person who desperately seeks answers because the stalemate between him and another has paused his life. But is he the cause of her distance or can he be the solution?

Maybe, just maybe Goldensuns will be celebrated like Hanson (and they should be).

RIYL: Prosphorescent, Strand of Oaks, The War on Drugs

Speaking of an artist that should be celebrated by a whole lot more people, Gold Star is one who should be more popular than he is. Marlon Rabenreither, the project’s mastermind, started his career by rejuvenating classic rock. His 2018 album, Uppers & Downers, was timeless, reminding us of an era when music and poetry were inseparable. In any other decade, the record likely would have been an instant classic, but the lack of notoriety has not deterred the Vienna-born singer-songwriter. He instead continues to gradually build momentum one song at a time. And he continues to expand his sound, as he showed with “Surrender” and again with “Headlights U.S.A.”

What Rabenreither has crafted is the equivalent of Phosphorescent’s atmospheric folk rock combined with the cinematic classic rock perfected by The War on Drugs. An urgency rumbles right from the start and never ceases until the song ends. It represents a country at a crossroads as seen through the eyes of an immigrant. As the guitar intensifies and overwhelms the percolating synth, Rabenreither delivers a brilliant sermon.

Gold Star’s new EP, Headlights USA, is out September 3rd via Sub Rosa Records. It’s going to be another classic. 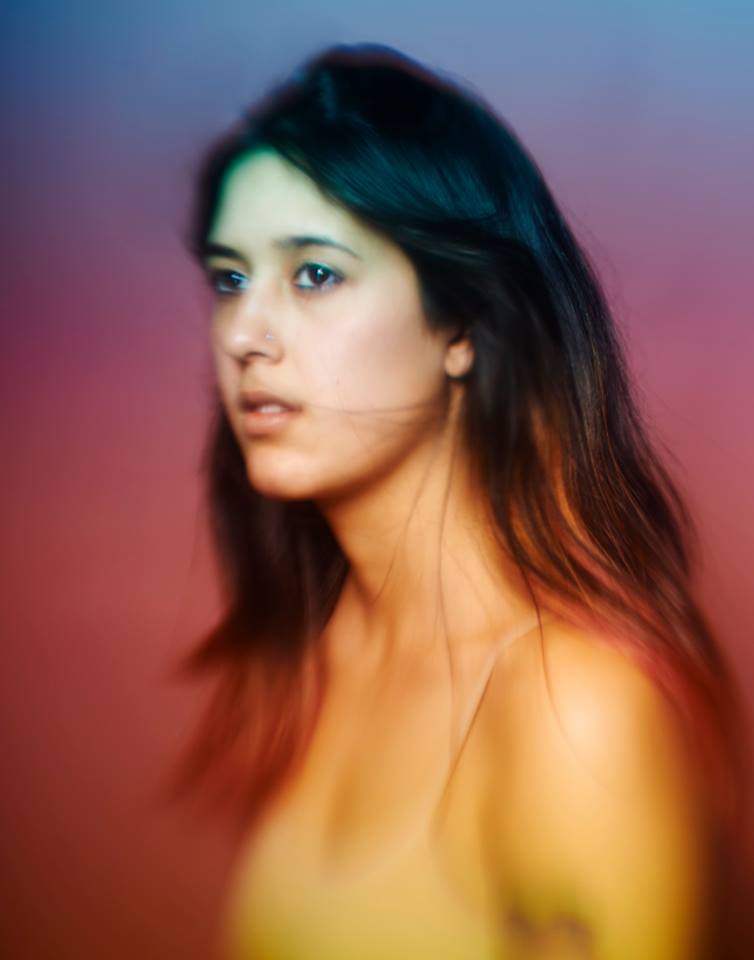