2015 was a sensational year for music, and 2016 is shaping up to be another glorious 12 months of new music. The first quarter of 2016, for that matter, will hit music fans like a hurricane with some major names dropping new albums plus some smaller acts ready to drop records that will hopefully lead them to stardom. As the list of albums that we are eagerly awaiting is lengthy, we’ve split the list into two. Today, we share 25 of the Most Anticipated Albums of 2016. The other 25 will be shared tomorrow, although to be honest we could have listed a couple of hundred. As always, we list the albums in alphabetical order.

Why the anticipation? – The Toronto-based five-piece band Alvvays made a statement with their confident, fuzzy guitar hook-filled self-titled debut. It sounded fresh but familiar and topped many best album lists, including our own. Can they repeat the magic of Alvvays in 2016?

Why the anticipation? – One could strongly argue that Basia Bulat is Canada’s sweetheart, as she seduced listeners with her elegant and lush alt-music. Her fourth album, Infamous, though, could be something entirely different if the lead and title track are any indication and one that could lead to greater mass appeal.

Why the anticipation? – Two years ago, Beck‘s Grammy-award winning masterpiece, Morning Phase, was akin to his brilliant Sea Changes. Will his yet-to-be-named record be the answer to Midnite Vultures? We cannot wait to find out.

Why the anticipation? – The project of Amelia Bushell and Thomas Servidone, Belle Mare was suppose to release their sophomore album last year. The first two songs are stunning, and here’s a band that could be rival the genius of Sharon Van Etten.

Why the anticipation? – For more than a decade, The Besnard Lakes have established a cult following with their atmospheric, psychedelic music. Album number five promises to be more anthemic and more of a rocker without compromising their trademark sound. We’ll find out in two weeks.

Why the anticipation? – Big Shoals is an Americana/alt-country/rock n’ roll trio from Gainesville, Florida. Their debut record entitled, Still Go On, came out for release in April 2014 and got great reviews among Americana fans. With a new album coming, Big Shoals had this to say; “The songs we’ve got in mind for this record, range from narrative story driven songs about the Civil War and Amelia Earhart, to heartbreakers, rockers and tales of broken dreams, as well as new dreams being realized.”

Why the anticipation? – Dev Hynes, who goes by the moniker Blood Orange as a solo artist, is one of this generation’s great singer-songwriters and multi-instrumentalists. He is, in our humble opinion, his generation’s Prince, and album #3 could see others echoing the same sentiments.

Why the anticipation? – After years of self releasing material on Bandcamp, Car Seat Headrest got a proper release from Matador Records with Teens of Style.  The band is following up that fantastic lo-fi production with Teens of Denial.  We are looking forward to seeing what Will Toledo and his new backing band do now that they have really started to garner more attention.

Why the anticipation? – It’s been nearly three years since Seattle indie rock trio The Cave Singers released their last album on Jagjaguwar; their first two albums were on Matador Records. They’re self-releasing this one (after a successful crowdfunding campaign), so you can believe that’s why they’re excited to unveil this new batch of instantly catchy tunes. We’re equally excited to hear the original trio lineup back in action when the album releases next month.

Why the anticipation? – It’s David Bowie. Do we need to say anything more?

Damien Jurado – Visions of Us on the Land (Secretly Canadian, Mar. 18)

Why the anticipation? – Damien Jurado is one of the most talented yet under-appreciated indie folk-rock singer-songwriters out there. This is his third album with producer Richard Swift (member of The Shins and The Arcs), and its 17 tracks complete the trilogy borne in his 2012 release, Maricopa. Will we learn the fate of the narrator and his traveling companion, Silver Katherine? We’re anxious to hear more of their intriguing tales come March.

Why the anticipation? – Daughter made a huge impact with their debut record, If You Leave, which came out three long years ago. Their popularity skyrocketed on the foundation of their sad, yet completely relatable music. It should be interesting to see how they follow up such a fine album. From the first tracks we’ve heard from Not To Disappear, it seems like we’re in for another great album from Daughter, and it’s only a few days away.

Why the anticipation? – Diet Cig were darlings of this year’s CMJ. They released a kickass EP in 2015 called Over Easy, which was among our favorites. We feel like Diet Cig will build on that and release a debut LP that will kick even more ass!

Why the anticipation? – DIIV made waves with their beachy, guitar-driven debut Oshin.  Zachary Cole Smith has been slowly rolling out tracks for the upcoming Is the Is Are, having already shared four tracks from the album. If songs like “Dopamine” and “Under the Sun” are any indication of the quality of the album, then album #2 should be another hit with critics and fans alike.

Why the anticipation? – In 2013, Eagulls‘s self-titled debut was one of the most explosive and cathartic albums of that year, leading to it being named on many “best of” lists. Hopefully, we’ll be blasted with more of the same and then some on their sophomore album, which the band says is done. All we need now is a date, and we anticipate it will be some time in March when the band kicks off a limited run tour.

Why the anticipation? – New Yorker Eleanor Friedberger is one of the most gift singer-songwriters in music today, dating back to her work with Fiery Furnaces. Early signals are that album number three, New View, will lean more towards an orchestral pop feel, positioning Friedberger to be this year’s biggest breakout artist much like Natalie Prass was in 2015.

Why the anticipation? – It is hard to believe that it has been 10 years since space indie-rock group Grandaddy released an album. The band and its music feels very much a part of its time, especially with 2000’s masterpiece The Sophtware Slump. Will the band adapt to modern times, will they sound relevant, will this be another glorious return?

Why the anticipation? – Times have changed since Damon Albarn started his virtual cross-genre band, Gorillaz. There has been even more of a conversion between rock, R&B, and hip hop with some of the strongest voices in music like Kendrick Lamar, Young Fathers, and Frank Ocean releasing truly fresh material. Can Albarn’s one-time, groundbreaking project still push the envelope and sound exciting? We cannot wait to find out.

Why the anticipation? – Grizzly Bear are about as close as you can come to a sure thing in indie rock. With their lush arrangements, incredible vocal harmonies, and keen ear for melodies the band has yet to falter, releasing great album after great album. Expectations have only heightened for one of indie music’s most influential bands of the past decade.

Why the anticipation? – Head banging music! Punk music! Celebration Rock Music!  The Japandroids are a modern-day embodiment of the rock ‘n roll spirit that has thrived for a decade. It’s been more than two years since the Vancouver duo of Brian King and David Prowse were heard from, and should they return, their new album should be another blistering and fun affair.

The Jesus and Mary Chain – TBA

Why the anticipation? – The Jesus and Mary Chain are legendary. When they got back together in 2007, fans wondered if there was going to be more to it than a tour, or live shows. Eight years later, Jim Reid announced there is indeed a new record in the works, their first since 1998.  We’ve waited 18 years for this record, and have been wondering about it for nine.

Why the anticipation? – Lake Street Dive is one of those rare bands that has mastered the art and talent of pop-jazz and is a crowd-appeasing band that anyone from parents to children could love. For their latest album, Side Pony, the band worked with super producer Dave Cobb (Sturgill Simpson, Chris Stapleton, Jason Isbell), which could represent something more euphoric than their past efforts.

Why the anticipation? – For two decades, Laura Pergolizzi – or better known as LP – has been one of the most unheralded songwriters in music. In 2013, however, people began to take notice with her majestic third album, Forever for Now. Her forthcoming album could be something special, as her new single, “Lost On You”, is already an early contender for song of the year.

Why the anticipation? – M83‘s last album, Hurry Up, We’re Dreaming, was a monster in both size (22 tracks) and in success. The record catapulted Anthony Gonzalez into the mainstream lexicon. Can he create another dreamy, ’80s-tinged pop album that will consume the masses, or will this sound like the soundtrack to a lesser ’80s John Hughes film? Our bet is on the former (then again, we wouldn’t be surprised if he went completely off the board.) 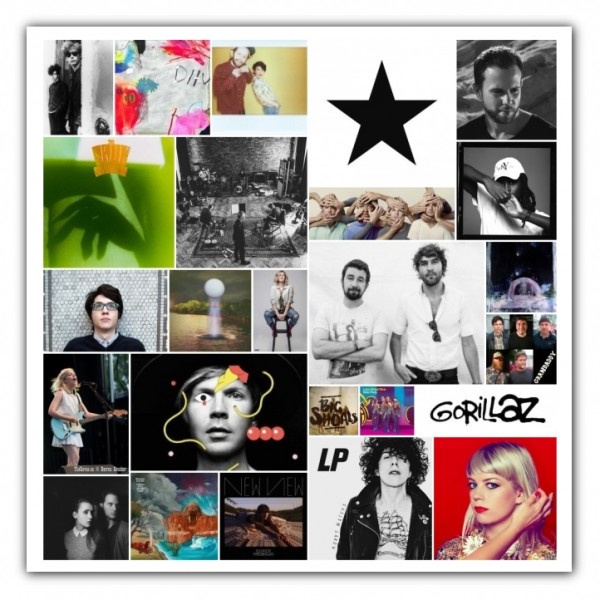 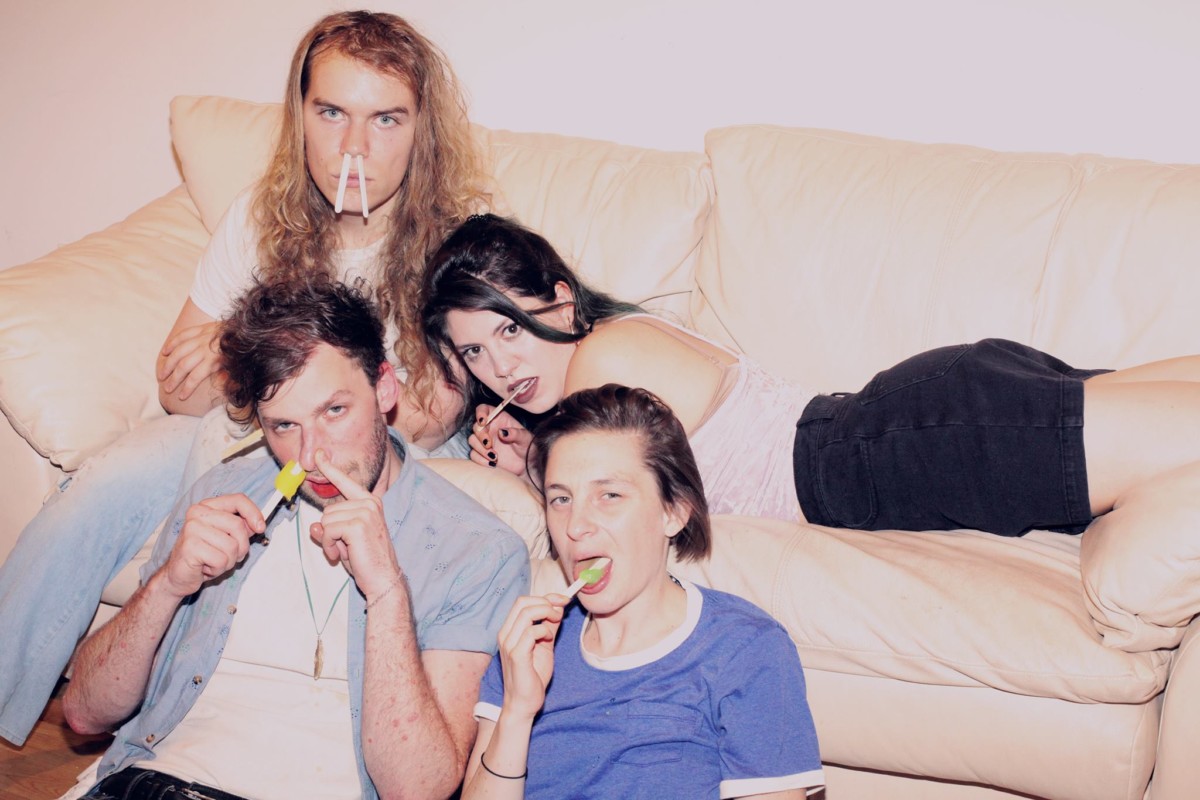 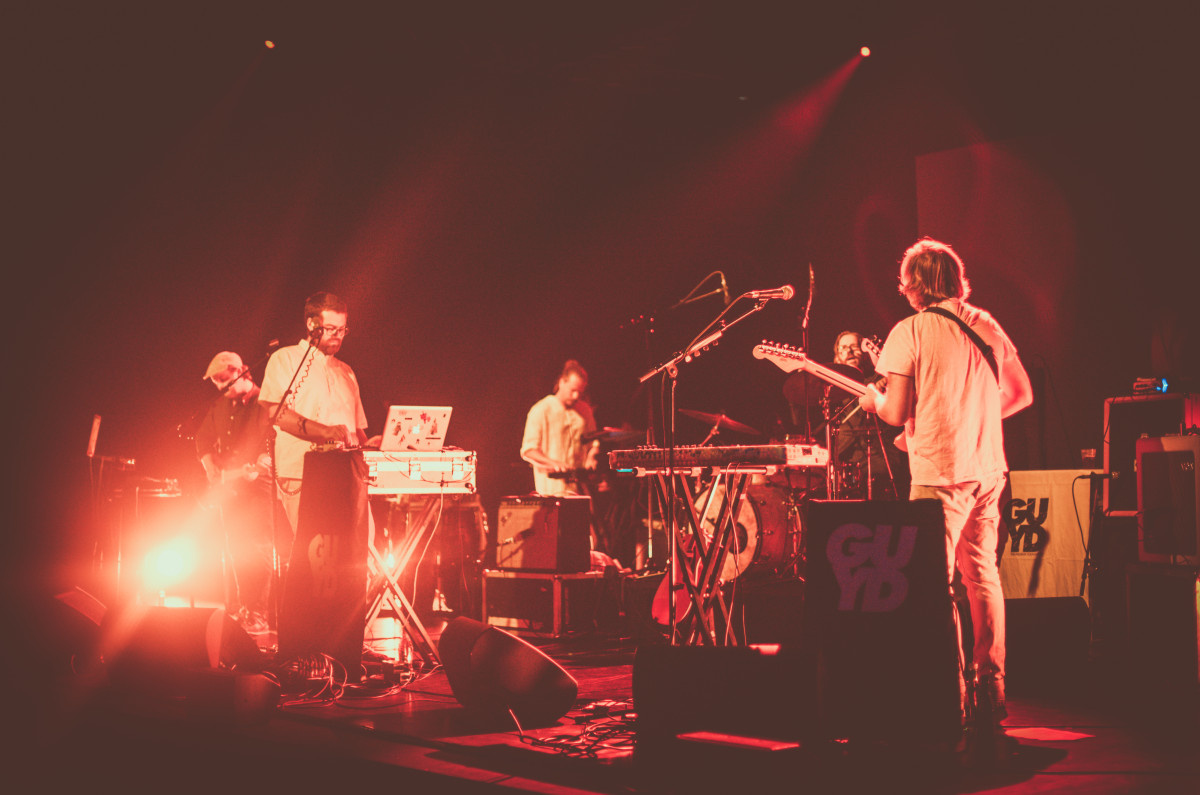