The Saturday Sampler April 29th is a mostly European affair. These nine songs come from artists in Denmark, England, Finland, France, Norway, and Sweden – with just one band from the USA. Dive into this upbeat playlist full of sparkling gems as you enjoy your weekend activities. Then check back tomorrow when our Weekend Showcase will include every song we have shared this week.

It’s only a matter of time before Annabel Alum is named alongside the great indie singer-songwriters. The young artist from Surrey, UK writes poignant lyrics with a tinge of sarcasm and satire to demonstrate the hypocrisy of people’s and society’s values. Her approach is just one of the reasons why over the past twelve months our fandom has intensified. Her newest single gives us another reason to be excited about her future.

“Eat Greens” is a fiery indie-rocker. The guitar work is gritty and feverish, and the rhythms explode like dynamite. Allum’s vocals pierce through the air like the call of a lone wolf in the desolate night. They are tinged with a slight aggressiveness, if not anger, as she calls out all those who have judged her. At the same time, she is singing for everyone who wishes to celebrate their individuality rather than conform to certain images. In the second half of the song, she repeats, “Eat all my vegetables” and “Remind me of all my sins”, to indicate how pathetic people and their judgments have become. Now is not the time to accept the status quo, rather it’s the opportunity to re-write history. Soon enough, Allum will be doing just that, as her career reaches new levels.

First Hate – “The One” (Copenhagen, Denmark) 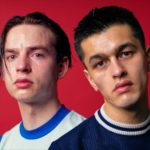 One particular line stands out in “The One” from emerging Danish duo First Hate: “You treated me so carelessly.” Is this a reference to a lover? That’s your initial thought, and while it is certainly an appropriate response to an ex, the song never reveals its inspiration. However, these is no question about the song’s musical roots. With its harmonica accents, “The One” calls to mind New Order, especially “Your Silent Face” from the early ’80s. It’s refreshing to hear new bands capturing the essence of old-school New Wave bands without relying solely on synths. This song blends infectious retro beats with wise lyrics, and the result is irresistible.

As they sing towards the end, “Life is not always about keeping your promises / life is about following your heart.” You’ll keep wasting your time and your life if you keep waiting for “the one”, they say. This sage advice isn’t always easy to follow, but it is certainly more palatable when delivered in a tasty package like this.

Their debut LP, A Prayer for the Unemployed, is out May 13 via Escho Records with pre-orders here. “The One” is available now from iTunes. 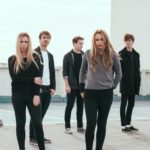 Every song from British indie electropop band Healyum has uniquely hypnotic qualities. We shared their “Three Months” back in January, calling it “emotive and hypnotic” – just like their debut single, “Fool’s Eyes.” Their follow-up to those two singles is equally powerful. It’s one we can’t stop playing; one spin and you’ll understand why.

“Lies” ripples with bold, pulsing layers that intoxicate you from the very first notes. When frontwoman Jeaná Healy repeats the mantra “I can’t keep living these lies,” you’ll find yourself swaying in agreement. Unlike some singers who opt to vent their emotions with loud bursts of rage, Healy remains steadfast and composed. That strength flows throughout the song, sparking a fire of resolve that sears its empowerment onto each listener. Now that Healyum have delivered three smashing songs, we are eager for more. We have no album details yet, but it is already one of our most anticipated releases of 2017.

This single is available now on iTunes via Music for Heroes.

Somewhere, Quentin Tarantino is writing the screenplay for his next film, and he’s simultaneously thinking about the soundtrack. He’ll need something that is a little dark, has a bit of edge, and commands the attention of his audience like the actors on the screen. He shouldn’t be looking on the lands of the US to find the band that will fulfill his wishes, but instead set his sights towards Finland. There he will discover the space-folk orchestra called Phenomenal Creature.

The collective’s music is made for a Tarantino movie. It is captivating and cinematic, dark and immersive. Their new single, “Vultures”, could even be the storyline to a future movie. The strings of the violin opens the song and envelope you like a fantastic prologue to a movie. Then the main part of song comes into full bloom, highlighted by terrific, tribal-like percussion, swirling guitars, and frontwoman Rosita Manninen’s spellbinding vocals. For nearly four minutes, the band takes us on a journey through graveyards and deserted alleys. We are the vultures, the scavengers who have consumed every resource on the planet. We are alone in this desolate world, which we realize as the waning strings close the song. Sounds very Tarantino to us.

In their early days, Phoenix kept to a fairly tight release scheduling, putting out an album every about two to three years. But once they reached superstar status with their 2009 album, Wolfgang Amadeus Phoenix, the French synthpop band has adopted a more leisurely pace. Since they now record and tour less frequently, the arrival of their forthcoming sixth LP, Ti Amo, and its first single signals the vibrant return of this beloved indie band.

Ti Amo is due June 9 from Glassnote Music with pre-orders here and here.

Last month, Portugal. The Man released a new single, “Feel It Still”, which gave these one-time indie stalwarts their first No. 1 single on the Billboard charts. The song signaled a change of direction for the band, who adopted more of an electronic-driven approach compared to the oft-kilter indie-rock heard on their iconic albums The Satanic Satanist and Waiter: “You Vultures!”. But similar to U2 and Radiohead, the transformation should have been anticipated, as their last album, 2013’s Evil Friends, was easily their most anthemic (and arguably their best) effort. The question, though, is to what degree have they changed. The answer arrives in two months when their new album drops, but Portugal. The Man’s newest single gives us some hints.

If people thought “Feel It Still” was different, “Number One” is the band extending well beyond its foundations and creating something fresh and luxurious. This track is incredible, and unlike most protest songs being created. The production work is heavy and dark, akin to the spatial movements of Leftfield and Underworld. What makes the song, however, are the integration of the voices of late soul and R&B singer Richie Havens’ voice and Son Little. Their soulful voices add to the song’s captivation while intensifying its story of how society is becoming increasingly fractured and the one’s who suffer the most are our children. Not only have Portugal. The Man crafted a remarkable song; they have written arguably their masterpiece.

Woodstock, the band’s eighth studio album, will be released on June 16th via Atlantic Records. It can be pre-ordered here. 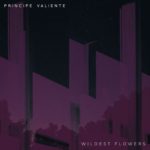 Even the most devoted music lover can find it difficult to keep track of all the bands releasing incredible albums these days. For some unfathomable reason, the Swedish indie band Principe Valiente has escaped our notice with their four previous albums. Fortunately, they are now very much on our radar thanks to their “Wildest Flowers” single from their forthcoming album, Oceans.

“Wildest Flowers” fuses elements of our favorite New Wave and synth-pop bands – namely, Bauhaus, The Psychedelic Furs, Editors, and Interpol – in a way that is fresh and inspiring. The strong vocals from frontman Fernando Honorato immediately grab your attention. With his Peter Murphy-esque timbre and the band’s anthemic instrumentation, Principe Valiente makes modern gothic-inspired pop that defies a genre label. Unlike most “gothic” bands, their music is invigorating and full of hopeful passion. Keep this one on repeat for an instant mood boost.

Oceans is due May 12 from AF Music (digital) and Manic Depression Records (vinyl) with pre-orders from Bandcamp.

In just under a year, Sløtface have emerged from Norway’s hidden gem to bonafide indie stars. 2017 has already been rewarding for the band, as they tore Austin apart during SXSW. Their rise has made us look particularly good, as we named them one of our artists to watch in 2017. This prediction should only become more of a reality when the band releases its debut album later this year. The lead single from it is more than what we could have expected.

“Magazine” is a blazing, anthemic rocker. It has the same brilliant blend of rock ferocity and infectious melodies as heard on Paramore’s and Girlpool’s songs. Early 2000s-era alt-rock also bleed throughout the song, and frontwoman Haley Shea’s vocals even have a touch of Avril Lavigne. And like the little Canadian rocker, Shea’s lyrics are biting and fierce, as she takes on how women are depicted by mainstream media. “What the hell is an IT girl anyway”, she asks early in the track before stating how “Patti Smith wouldn’t put up with this shit!” And she is absolutely correct. If Sløtface continue to create honest and unrelenting music, such as “Magazine”, maybe in a few years new artists will be singing their praises.

Or it might happen as early as the end of 2017 following the release of Try Not To Freak Out. It arrives September 15th via Propeller Recordings.

RIYL: The Pains of Being Pure at Heart, Cocteau Twins, Mazzy Star 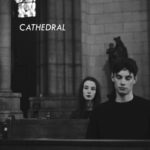 When you first hear “Cathedral” from new indie dream-pop band Wind Mile, you just know they’re French. The song has such a sparkling elegance that is unmistakably French. It’s airy and bright with graceful layers that wrap around you and cause you to sigh in appreciation. Marie Léger’s vocals have an ethereal quality that will stop you in your tracks. But her voice is just the beginning of this song’s beauty.

The bouncing bass line sets the tone for this shoegaze gem. The instrumentation here at times echoes The Cure and Cocteau Twins, yet Wind Mile are not simply following a formula. Their lush, hypnotic melodies are quite impressive for a new band. If their sound is this polished and defined on their first single, Wind Mile have a bright future in store.

The band is working on their debut album, but this single is available now from their Bandcamp page. 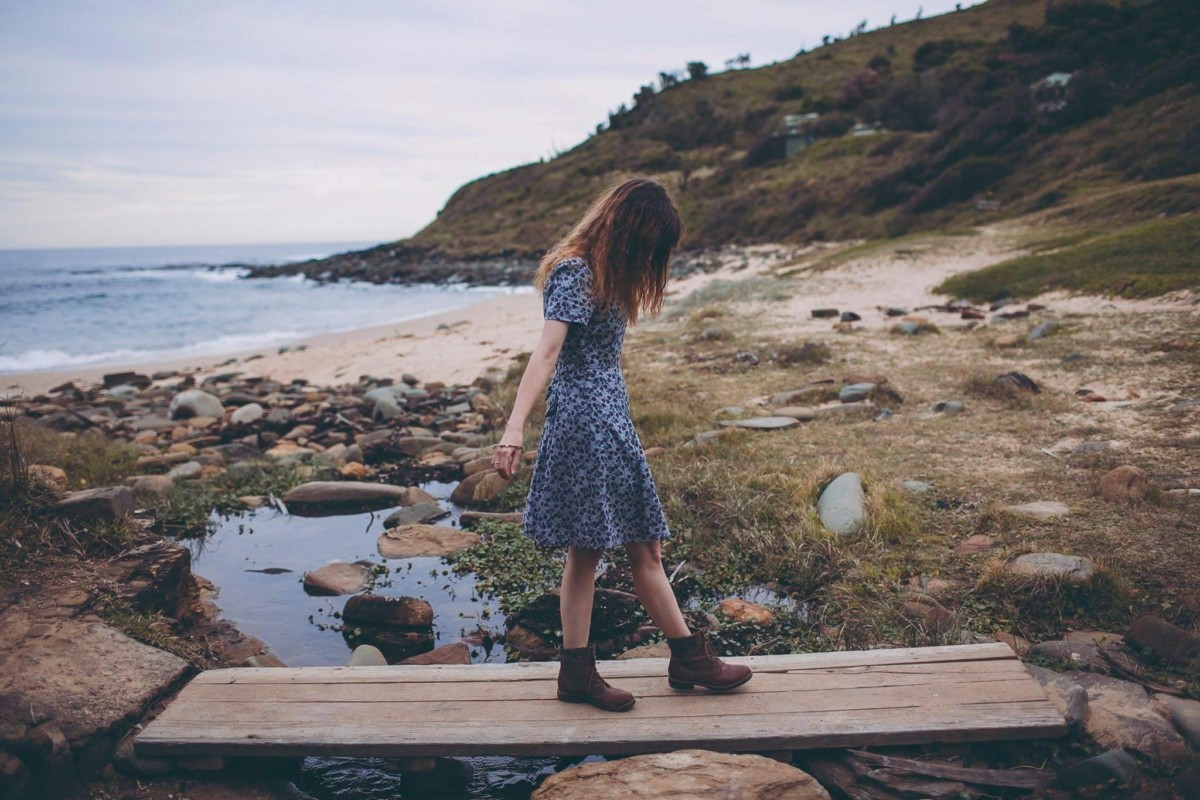 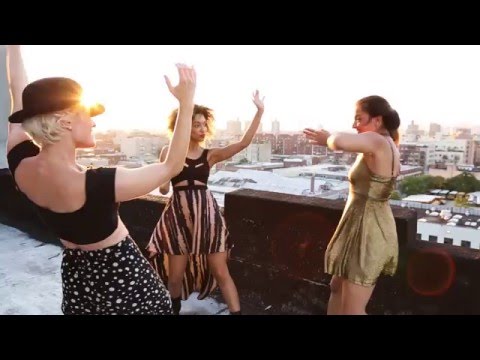