Today’s mid-week serving of new music features a global flavor. Featuring artists from Australia to the UK, these six songs offer equal amounts of bright pop and darker electronica. We start with good news from one of our favorite Glasgow bands.

Belle and Sebastian – “I’ll Be Your Pilot” (Glasgow, Scotland) 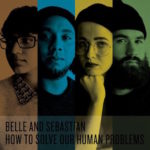 You can’t really call Belle and Sebastian “indie” since they’re one of the best-known Scottish pop bands. But they still find themselves permanently branded with that label after more than 20 years together. Fortunately for fans, they also still have the drive of an emerging indie group, at least in terms of their output. Yesterday they announced a set of three mini albums called How To Solve Our Human Problems that they will release in the coming months, with “I’ll Be Your Pilot” slated for release in January.

“I’ll Be Your Pilot” is a mellower affair that their other recent single, “We Were Beautiful,” though fans will approve of the intimacy of Stuart Murdoch’s delivery. There is a gauzy quality to this song that is especially accentuated by Sarah Martin’s delicate backing vocals. Pour yourself a cup of tea and gaze blissfully out a window while this song takes your mind “a thousand miles from the nearest problem.”

Pre-orders for the individual EPs (plus the full CD that arrives February 16th) are available via Matador Records and other streaming/purchase outlets. 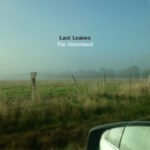 Earlier this year we came under the spell of Australian indie pop outfit Last Leaves, thanks to the warm dream-surf tones on their debut single, “The World We Had.” That song perfectly matched the sunny June weather, so it was easy to wax poetic about the feel-good vibes that tune gave us. But now the four-piece band have delivered yet another stellar track, proving their debut album is more than just sunny harmonies and radio-friendly hooks.

“The Hinterland” shimmers with summery vibes, to be sure, but this tune isn’t simply the Australian version of Belle and Sebastian. For starters, there are no grey clouds of longing hanging over “The Hinterland” – no, this is a breezy offering that fuses elements of ‘90s Britpop (The Verve, Travis) and indie alternative (Lightning Seeds) with harmonies that would make the Beach Boys proud. We said it in June and we’ll say it again: Last Leaves make instantly relatable music for modern times. Get to know these guys!

This single is available here via Matinée Recordings. The full album, Other Towns Than Ours, arrives October 20th from Matinée (US) and Lost and Lonesome (AUS) with pre-orders from Bandcamp. 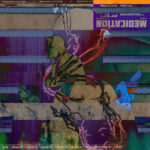 Nick Murphy (the artist formerly known as Chet Faker) is a non-stop music-making machine. Less than a year ago he dropped his professional alias and began releasing music under his given name. From the first single, “Stop Me (Stop You”), in November to this year’s Missing Link EP, Murphy has continued to dazzle fans. Now he’s added an equally lush tune to his discography that has fans swaying their heads in delirious appreciation.

The bluesy, mildly psychedelic “Medication” does evoke the head spinning effect of a sudden high. It’s woozy and delicious, with a Black Keys-ish groove, only more expansive. Murphy explores depths and textures here with the laser focus of an astronaut on a deep space mission. He lays down a thick, dirty bass line while letting reverb saturate throughout. Most fans will agree: no matter what moniker he goes by, Nick Murphy is a masterful musician whose creativity knows no bounds. “Medication” is another example of how well this multi-instrumentalist transcends genres, weaving in between blues, rock, electronica, jazz, and ambient with jaw-dropping ease.

“Medication” is out now from Downtown Records/Interscope Records via these streaming and purchase links.

He is currently on a North American tour through the end of the month, then he heads to Europe where the tour concludes December 5. A full list of dates is available here. 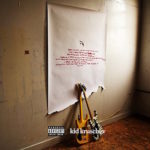 Many musicians and bands are feeling the dark tension that has gripped the world in the last year. And many of those bands are channeling their frustration into new music that provides much-needed catharsis. One such band is American indie electronic-pop duo Sleigh Bells, whose new “And Saints” single is gripping, harrowing, and haunting. Prepare for chills, because the minimalist approach on this song will send chills up your spine.

A pulsing synth line sets the tone that finds Alexis Krauss asking, “So and so wants to know if I’m OK,” before urging us to “Cheer up / cheer up / stand up.” Clocking in at just under three minutes in length, “And Saints” is surprisingly chill and taut. Not a single note is wasted, though an extended remix with the chilling minor-key piano part at the end would be sublime.

Look for “And Saints” from the duo’s forthcoming EP, Kid Kruschev. They decided the follow-up to last year’s Jessica Rabbit would be shorter albums released more quickly instead of waiting for full-length efforts. If the rest of the EP sounds as gorgeous as this, we certainly won’t mind.

Kid Kruschev is out 11/10 on the band’s own Torn Clean label with pre-orders here. 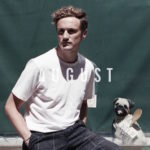 A nice segue from the Sleigh Bells track is this emotional stunner from emerging London artist Stephen Hughes, a.k.a. August. The electronic-tinged pop of his new “Heal” single taps into our universal need to thrive instead of just survive. His powerhouse vocals soar above the pulsing synths and percussion on the anthemic chorus. But before that climactic moment arrives, August hooks us with completely relatable lyrics:

“I’m reaching out for a hand to help
something bigger than myself
take these words and lock them up
and though I try to trust
I hold my head, believe in luck
but baby I’m a cynic.”

August may be a new voice on the music scene, but it won’t be long until fans worldwide are singing along to his music. A voice this powerful commands your attention and steals your heart very quickly.

The self-released “Heal” is out now on iTunes and Spotify. 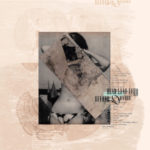 Finally this week we conclude with some breathtaking shoegaze/dream pop courtesy of Brooklyn music collective Dead Leaf Echo. The swirling layers of “Sunlessoul” are lush and irresistible. Don’t let the title mislead you: there is nothing sunless about this shimmering gem. Its layers of synths, bass, and percussion shine while the vocals from Ana Breton and LG Galleon infuse the track with brightness.

Fans of ’90s-era shoegaze titans Cocteau Twins will appreciate the vintage aspects of “Sunlessoul” while fans of Slowdive will savor the buoyant harmonies that make this song impossible to resist. Good luck getting this woozy melody out of your head anytime soon.

“Sunlessoul” is from the band’s forthcoming LP, Beyond Desire. It arrives October 13 via Papercup Music (digital) and Moon Sounds Records (CD/vinyl) with pre-orders from the label and Bandcamp. Their upcoming tour kicks off this Friday in Brooklyn and runs thru mid-November in Los Angeles. 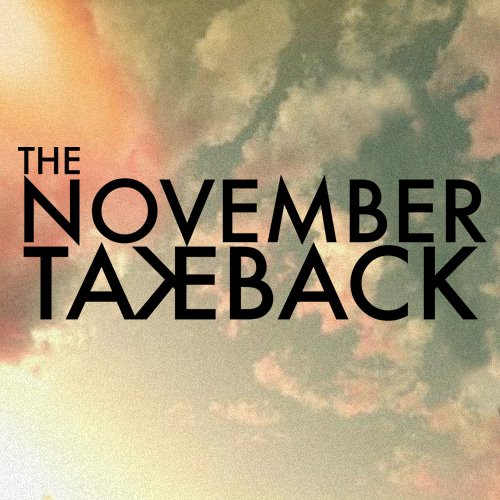 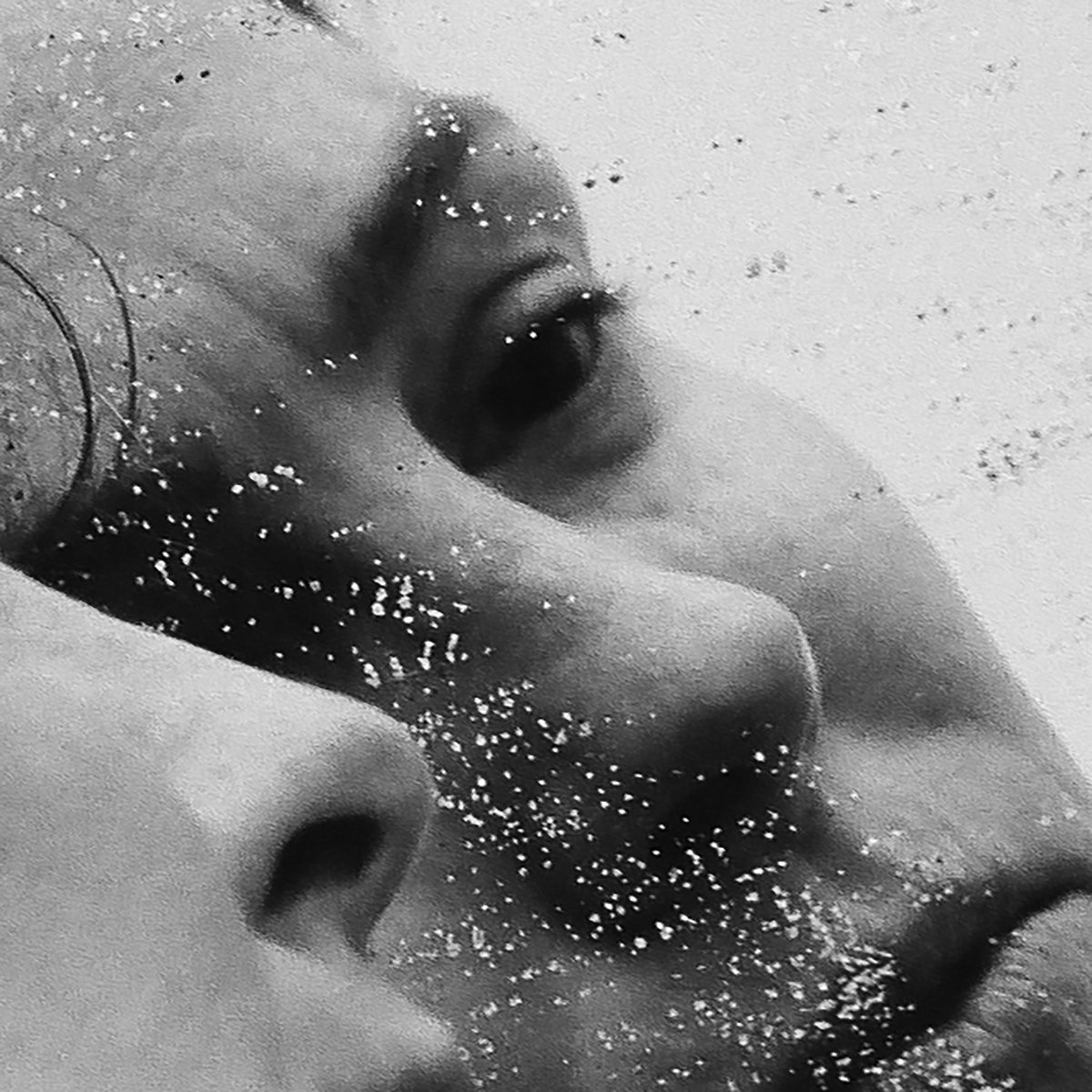