We had to switch up our schedule this week, so today you’ll find The Matinee ’18 May 2nd edition. Snappier descriptions today, which on hump day is ideal.

Getting out from under your popular band’s huge shadow is always difficult, but Big Thief guitarist Buck Meek is trying to do exactly this. Some musicians tend to borrow heavily from their main project, but Meek is crafting his own sound. Call it indie psychedelic folk-pop and imagine Unknown Mortal Orchestra’s Ruban Nielson reinterpreting John Prine’s music, and that is what you get with Meek’s latest song “Maybe”.

The fuzzy guitars, the trippy melodies, and the hazy falsetto are reminiscent of the famous Kiwi, but his songwriting leans more towards the delightful adventures that Prine, the folk legend, crafted in his youth. This journey takes us from the Midwest and all the way up to Saskatoon. Major props to Meek for mentioning the Saskatchewan city, where outside its limits one can definitely find places to “fool around in the hay”.

The track is taken from Meek’s self-titled, debut album, which is out May 18th on Keeled Scales. Pre-order it here.

If we could speak to Japanese quartet Collapse right now, we would tell them to not mess around much with their latest single, “BIRTHLIGHT”. While it is still a demo, the song is reminiscent of the scintillating explosiveness of My Bloody Valentine and the lush, ethereal nature of Slowdive and No Joy. It is, in other words, absolutely perfect and brilliant shoegaze that we could spin over and over again. To replay for hours so that we can get lost in the gorgeous vocals and the dream soundscapes and, thus, momentarily escape this chaotic world.

Collapse are Shoko (guitar/vocals), Kohei (bass), Satoru (guitar), and Tsubasa (drums). If we’re ever back in Tokyo, we’ll have to check out this fine little band.

Vancouver’s Fake Shark are gradually building a reputation for being Canada’s most raucous and outstanding indie psych-infused, pop-rock band. Their music is anthemic, infectious, and always incites audiences to dance. They are, in other words, the country’s answer to bands like Portugal. The Man, The Wombats, and Passion Pit. Their latest tune, which features the twin group Fionn, is another stupendous number that has radio and club hit written all over it.

Funky, groovy, and deliriously awesome, “Wake Up” is the perfect banger to get through hump day. It’s also a great track for any workout playlist, to spin on the forthcoming long road trips, or just to find motivation in life. Besides the contagious melody, the band share a message regarding how our minds are the only places we can escape reality and be ourselves. We’ve all had moments where we don’t want to wake up and just continue to live within the fantasies. In their own way, Fake Shark have captured how so many people feel today – that reality is more surreal than our imaginations.

Fake Shark are Kevvy Mental, Louis Wu, Tony Dallas, Alex Glassford, and Jake Fox. They have a gig with Romes at Toronto’s Rivoli on May 11st, and tickets can be purchased here.

If you have a convertible, take it out of the garage right now, put the top down, head out on a spin along the coastline, river, or any other beautiful place, and put on newcomer JONI‘s latest single “Omens”. A mix of ’70s Laurel Canyon with the underground Paris electro-pop-jazz scene, the song is incredibly stunning. The rhythms and keys are tantalizing while exhilaration fills your body every time the electric guitar chimes. JONI’s saccharine vocals, meanwhile, are intoxicating, as they gently glide over the instrumentation like a cool, ocean breeze blowing through the summer heat.

Her lyrics, too, are fantastic, as she shares a story about how one person has attempted to control another person through their predictions and scared tactics. Eventually, one of the prophet’s fears came true, as the protagonist runs to the other side of the country to make her own dreams happen. Be careful what you ask for as many like to say.

You better be sitting down for this next tune because it isn’t meant for long drives at sunset. Rather it’s meant for dimly lit rooms and requires your utmost attention. With the stark, brooding nature of Icelandic bands Samaris and Mammút coupled with strong doses of Björk and Zola Jesus, Swedish quartet Junodef deliver a spine-tingling, eerie spell with “Gold”.

As you sit still in the dark room, you might find yourself hypnotized by the slow throbbing of the percussion, the slowly intensifying sear of the keys, and the transfixing but bone-chilling vocals and lyrics of co-founders Tyra Örnberg and Karin Grönkvist. Their voices are like our subconscious, asking us if we believe what we hear and see and whether we truly fear what is before us. As you delve deeper into the track, you just might find yourself hearing noises surrounding. However, there’s no one there. It’s just your mind playing tricks on you. Or more accurately, you’ve entered into the sinister, post-rock world of Örnberg, Grönkvist, Norea Persson, and Rode Grönkvist.

Kluster – “In Your Hometown” (Malmö, Sweden)

Back in March, we said Kluster is another band to fall head-over-heels for because their style of indie pop is quirky, innovative, and delightful. They’re not the typical new band that tries emulate the masses, but instead are adopting a Rubblebucket-via-Broken Social Scene style that calls for whimsical arrangements and clever lyrics. Their newest tune, “In Your Hometown”, only fuels our fire for the Swedish quintet.

The herky-jerky approach is surprisingly enticing, to the point that you might find yourself doing to the robot or moving mechanically to the grizzled guitar riffs and pounding rhythms. The oft-kilter approach is quite apt, as front woman Linnea Hall’s lyrics describe one’s hometown like the wackiness of Wonderland. This is a place where we “collect our thoughts in a paper bag” and we try to hide from our hometown within our hometown. Bizarre but there’s a lot of truth in what she says.

“In Your Hometown” is taken from Kluster’s forthcoming, debut album, civic, which is out June 15th via Rama Lama Records. Pre-order it here.

RIYL: The Kills, Phantogram, A Place To Bury Strangers

Is this the year that Noel Heroux and Jessica Zambri’s project, Mass Gothic, breaks through and finally is recognized as among the very best indie pop-rock bands on the planet? They have all the ingredients to be the next The Kills. It’s just a matter of the general public taking notice. Fortunately, with the great Sub Pop behind them, their breakout is imminent. We hold this opinion because their latest track, “Dark Window”, is just a small glimpse of the husband-and-wife duo’s immense talents.

The song is that rare gem that is gritty and edgy on the one hand and lush and exhilarating on the other. Heroux’s grungy guitar riffs provide the edge while Zambri’s intoxicating vocals deliver the euphoria. The tune, as such, feels like a slow free fall from the heavens to hell and back. The landing, however, is soft, as the duo gently decrease the throttle and have us settle back on Earth. This description is also heard in the storyline, as Zambri describes the hectic pace we live in, where we are overwhelmed by information, demands, and expectations.

It takes a pretty special person to have Holly Laessig and Jess Wolfe of Lucius and Springtime Carnivore‘s Greta Morgan sing backup vocals. Singer-songwriter Nik Freitas is such an individual. From being an acclaimed photographer and producer to releasing seven albums of his own, Freitas is one of the world’s most highly-respected and most underrated artists. Maybe the rest of the world will embrace his talents when his new album, Day & Dark, is released on June 29th. Giving us a taste of what to expect, he shares “What A Mess”.

With the support of three of the most tremendous voices in music, Freitas delivers a memorable song along the lines of The Beatles, Wings, and John Lennon. It is, in other words, a song for the record books. A song that is in a word – memorable. From the gorgeous folk-pop approach to his delicate vocals to his insightful lyrics about the fucked-up world around us, the song is an instant classic. It is a triumphant tune from an artist that deserves everyone’s attention. Hopefully, however, that after you spin this track, you won’t treat it like how “the morning news is old by 10 AM”. We certainly will not.

Riley Moore is one of the most unique individuals you’ll ever meet. The Nashville-based artist’s imagination has no bounds, and he’s constantly thinking. Take for instance the memories he shared of his time at SXSW, where there are some unusual yet awfully amusing stories. Now, we have no idea if “Sitting on a Boat” was written during his time in Austin or en route, but it wouldn’t surprise if it was because, well, this tune is wacky but so awesome.

Imagine Dylan with a satirical sense of humor, and that’s what you essentially get with this song. In his usual fashion, Moore tells several stories that are told while hanging out on a boat called Shitface. Yes, that’s the name of the small vessel, where Moore and his friends pass the time fishing, trying to wash away their problems, and allowing Captain Morgan to be the man in charge. You have to hear the tune to truly appreciate Moore’s storytelling and witty sense of humor. 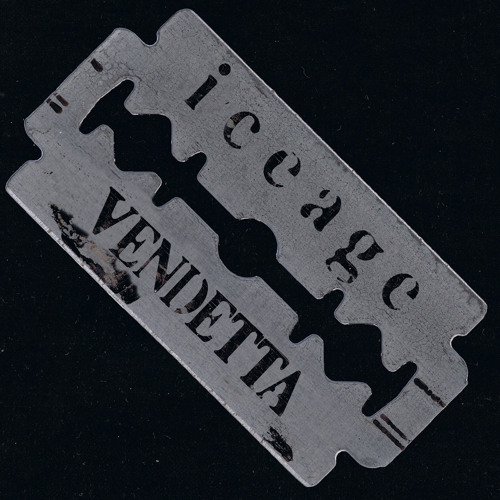