The Matinee ’20 – January 10th edition travels the globe to deliver fresh variety for your weekend listening pleasure. These artists deliver a soundtrack that will delight and mesmerize you.

Amanda Tenfjord – “As If” (Trondheim, Norway) 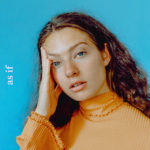 Amanda Tenfjord is back in 2020 with a brand new captivating track, “As If “. The Norwegian singer-songwriter has delivered a strong and poignant single for all the significant others out there who just aren’t doing their loved one right. It’s when the realization of distance and possible betrayal is the beginning of the end of the relationship. The lyrics definitely set the tone with: “You’re a talker, not a doer / And I can see right through ya / You better show me what you’re up to / Cuz I don’t think you’re doing any good”.

The blend of strong bass, subtle strings  and piano provide an ominous yet explosive sound right as the chorus erupts. Ms. Tenfjord continues to prove her talent with each new release that she can dominate the indie pop space with her talented composition, amazing vocals and relatable songwriting.

“As If” is out on Propeller Recordings. 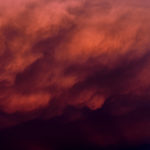 If we had not taken a one-year hiatus and paid closer attention during our leave, we would have listed Bambara‘s forthcoming sophomore album, Stray, on our Most Anticipated Albums list. Sorry, guys! These NYC rockers are making post-punk sear and snarl once again. Their single, “Serafina”, made our Favourite Songs of 2019 (i.e., the Mega Playlist), and their latest song, “Heat Lightning”, could very well land on our 2020 version.

Equal parts post-punk Iceage and psychedelic Black Rebel Motorcycle Club, “Heat Lightning” is a mind-bending experience. Each strum of Reid Bateh’s chiming guitar, every hammer of Blaze Bateh’s drums, and the throbbing reverb of William Brookshire’s bass evoke the urgency of a criminal on the run from the FBI. Reid’s vocals are desperate, as if his inner demons have him cornered in the bleakest depths of his mind. His story is fantastic, akin to a Stephen King short story. Or maybe Reid has crafted the next great Netflix series. Either way, be prepared to be spooked by this delirious rock tale.

Stray hits record stores and the internet on, fittingly, February 14th via Wharf Cat Records. Pre-order it on Bandcamp or the label’s store. 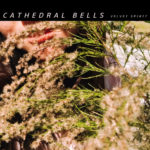 Get to know Cathedral Bells now, because this project headed by Matt Messore is on a collision course with mainstream stardom, fueled by the shoegaze brilliance of “Disconnected.” It’s an impressive introduction from his upcoming debut album, Velvet Spirit.

The woozy dream-pop layers have an effervescent energy that is irresistible on first listen and becomes downright hypnotic upon repeated spins. This is Grade-A ear candy guaranteed to make your head soar. Fans of DIIV, Wild Nothing, and Hibou will be especially delighted by how effortlessly this tune rivals anything by those artists. We aren’t saying our dream festival lineup would include a super-group collaboration with Cathedral Bells and those other three bands, but we definitely would not complain if such a project came to be.

Good Eye Records will release Velvet Spirit on March 6th. You can pre-order it here. 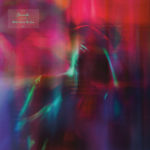 Most people know we love a great shoegaze tune, particularly one that makes us feel like we are aimlessly drifting through the cosmos toward unknown but exciting dimensions. Songs like that feel effortless while leaving us breathless and hopeful for what is to come. These emotions are evoked in “Save Me”, the new single from Deserta, the project of Matthew Doty (Midnight Faces/Saxon Shore).

Doty’s calm vocals guide this voyage. His over-driven electric guitar shimmers through the darkness, illuminating the soundscape with an awe-inspiring sonic explosion. As we enter the final stages of this long journey, his voice intensifies and almost screeches. This event could be our guide becoming one with his new universe, transforming before our eyes (or ears in this case). He has achieved, as Doty says in the press release, a “newness” – though a better term might be transcendence.

“Save Me” is from Deserta’s forthcoming debut album, Black Aura My Sun. It arrives Friday, January 17th via Felte. Pre-order the LP on Bandcamp. 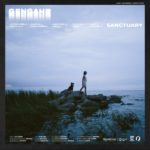 Gengahr has released yet another single from their forthcoming album, “Never A Low”. On their fourth single from the new album, we hear a definite evolution in the band’s overall sound.

With the newest release, we hear extra elements from their previous offerings which include a bit more of an experimental feel.  The great thing about the band possibly moving outside of what they are used to,  is that they are truly evolving and tweaking their sound which works for them, it’s a complete win. They are offering their same signature feel of dreamy euphoric rock and of course those falsetto vocals that the listener won’t ever forget.

The addition percussive beats and more of an overall industrial electronic feel offer for an mesmerizing track that tackles the theme of being out of control.

“Never a Low” is from Gengahr’s new album, Sanctuary, which will be released January 31st on Liberator Music. Pre-order it here.

The Men – “Children Around the World” (New York City, USA)

RIYL: Dire Straits, The War on Drugs, Strand of Oaks 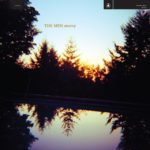 Swagger is a constant element in The Men‘s repertoire: they know how to churn out big, bold, sexy riffs. Nowhere is that more evident than on “Children All Over the World,” the new single from their forthcoming eighth album, Mercy.

The song’s mellow guitar intro is infused with distinct Mark Knopfler-esque vibes. What follows are more retro-inspired hooks: the ’80s glam rock power chords take center stage in the verses before blowing you away like a modern recreation of the Maxell ad at the bridge. If you love your guitars and synths vintage-sounding and cranked to 11, The Men have just delivered your new favorite song. 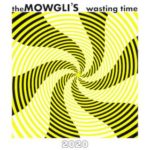 The Mowgli’s kick off the 2020s with the perfect track to celebrate a new decade. The thought provoking lyrics  on “Wasting Time” cause the listener to contemplate what’s most important in life and possibly question where we might be wasting our time. The track is filled with dreamy synth and driving bass which makes for an exciting and bold indie pop single where one can easily hit repeat. The chorus is also super addicting and may cause the listener to spontaneously sing along

“We all want to do something meaningful, but we don’t always figure out how. This song tells the story of being lost in a repeating loop of every day routine and the fight to keep moving forward.” 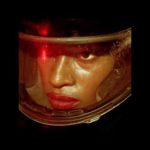 A song’s artwork does not always reflect its mood. Sometimes an image perfectly captures a song’s energy and atmosphere. Take for instance The Wants‘ latest, “The Motor.” The artwork depicts a woman in a motorcycle helmet, and if you have one, put it on and hit play.

The Wants (featuring members of NYC punk band Bodega) deliver a delirious yet engrossing ride. Your heart accelerates upon hearing a motorcycle rev in the foreground. What follows is pure exhilaration. The overdriven guitar, the hypnotic drums, and the goosebump-inducing bass create a dark, foreboding energy. The vocals are minimal and even deadpan, as if the band are zombies speeding across the Brooklyn Bridge on Kawasakis. The few words spoken even depict this eerie sensation: “When my heart beats fast / As the motor / I’m calm.”

Awesome! We’ll be spinning this on road trips and late-night excursions. 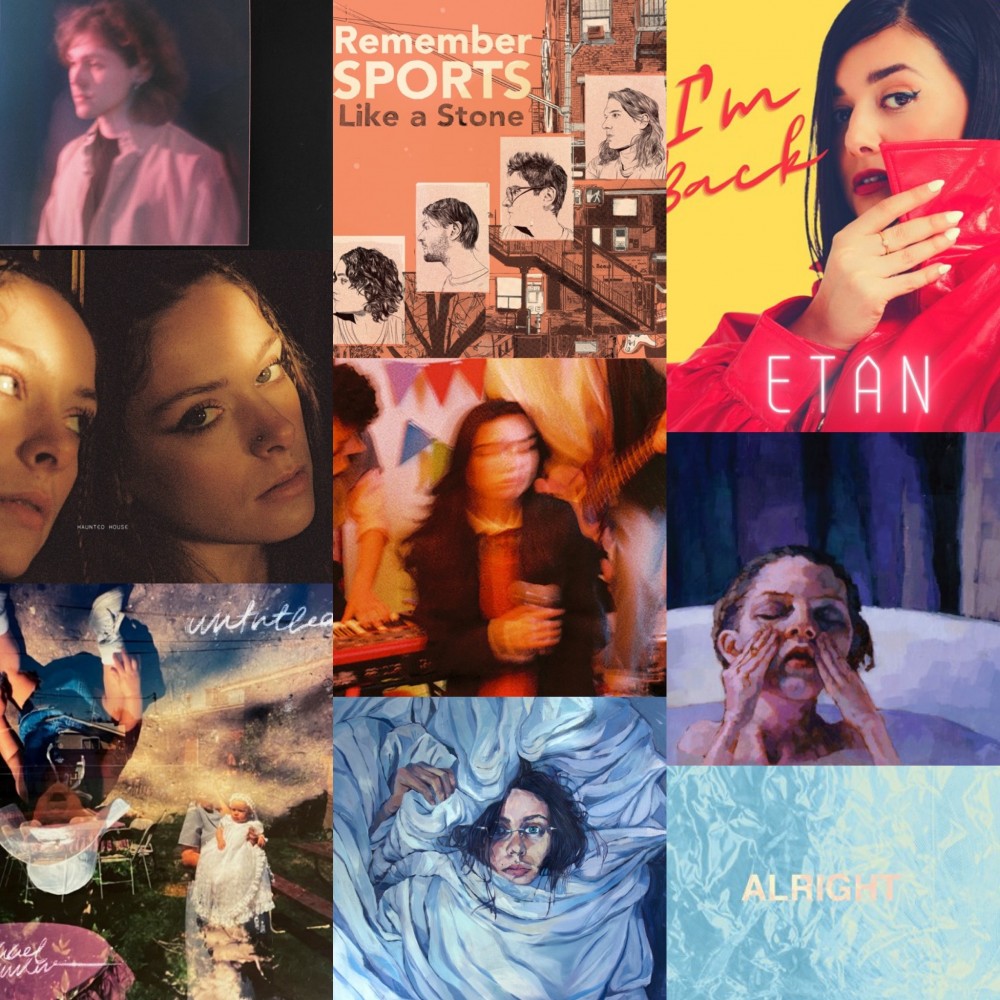 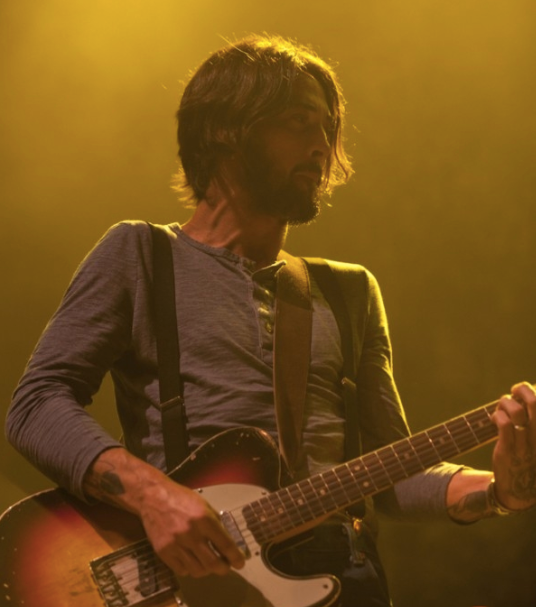 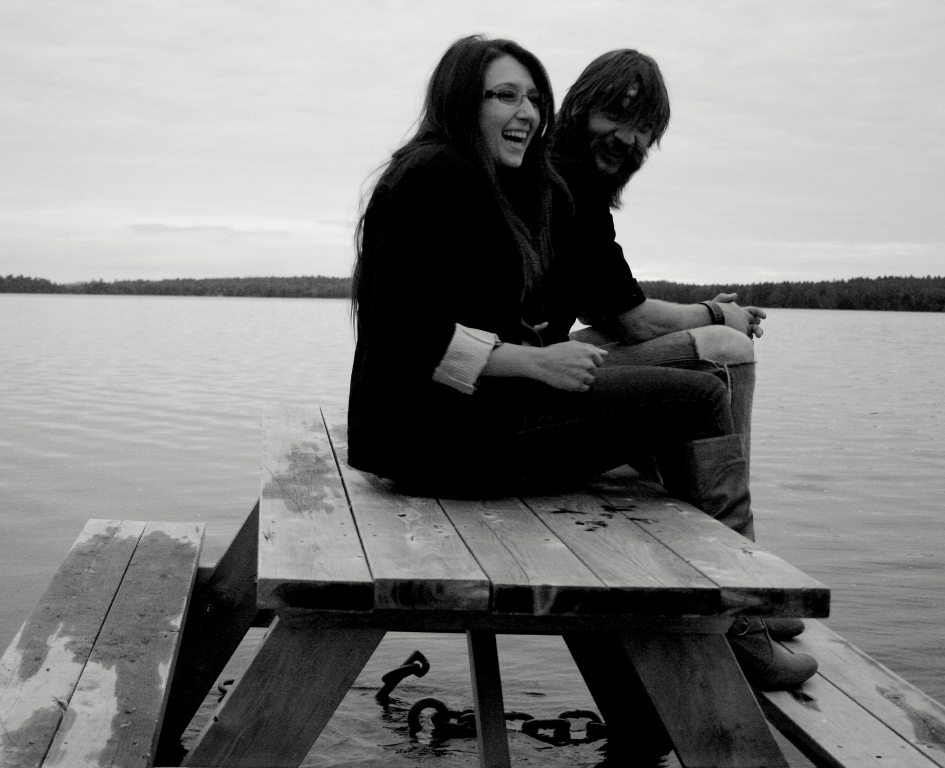 Conversation with The Jimmy Tri-Tone Band