Fridays are full of drama, and The Matinee ’21 v. 138 is no different: these ten songs will raise the temperature as well as calm the nerves. Have a safe and excellent weekend. If you need more music for the next few days, give our Songs of October 2021 playlist a follow on SoundCloud and Spotify.

Every year we name our favorite discoveries – artists and bands who blew us away with their talent. Last year’s list included PRIESTGATE, who showed with a single song how to make Gothic rock into a stadium-sized experience. Their sound is anthemic, but their stories are authentic. This combination should land them on several ‘Rising Artist’ lists plus spots at major festivals from Glastonbury to Primavera. They have all the traits needed to be indie stars, as demonstrated on “Bedtime Story”.

At the same time, his words provide a rallying point for those struggling to get out of bed because there is comfort knowing someone out there is experiencing the same challenges. He has found a way to get himself up and communicate. For us, we can find our way with PRIESTGATE as our guide.

Like we said at the end of last year, this band is going places. It’s only a matter of time.

We now move to a duo that could be on this year’s list. Not surprisingly, they come from one of the premier music cities on the planet. Melbourne is known for its jangle-pop and psych-rock bands plus singer-songwriters (see Courtney Barnett), although it may become known for immersive dream-pop if Grazer has any say.

While we don’t know the ages of the band’s principal members, Mollie and Matt (we guess they’re in their early 20s or late teens?), their take on the genre exceeds its label. That is, their music is beyond dreamy and rather intoxicating. When hearing the shoegaze touches and the duo’s lush vocals on “Reunion”, listeners are rewarded with blissful euphoria. Being transported to this place happens immediately with the jangly guitar and the rapidly ascending rhythms. Likewise, the pair seek Utopia  – or at least a state of peace and serenity with their soul mate. They seek to feel what they have given us, which is a bit of exhilarating escapism:

“To what end I wish I knew, footsteps down the avenue,
All contained in our only world.
The redeemed they just glow, present comes to me so slow,
Missing someone that I never knew.”

The single is out on the great indie label Cascine.

One thing that can make music fans feel young again (aside from discovering the Fountain of Youth or creating your own TARDIS) is music that takes us back to our youth. Some bands try to capture the sound of bygone eras with mixed success, but Bleach Lab sound like they have come straight from the ’90s. From their tremendous debut EP, A Calm Sense of Surrounding, to more recent singles “Real Thing”  and “Talk It Out”, they stir our emotions like The Cranberries and The Sundays once did. The quartet possess the same magic as these legendary bands, where their songs reach deep into our souls and touch us in unexpected ways. They concoct yet another spellbinding tune with “Violet Lights”.

The song possesses the warm grace of The Cranberries when they first emerged from the shadows of Limerick, Ireland. A light, jangly guitar, fluttering drums, and a plucky bass line recapture that spring day in 1993. The music is bright and breathtaking, as if we have fallen into a beautiful dream. Jenna Kyle with her stunning voice slowly emerges to deliver a story about a man who passed too soon. That person is bassist Josh Longman’s father. Kyle sings Longman’s words and thoughts, specifically how his father’s presence will remain with him forever:

The band’s new EP, Nothing Feels Real, drops October 15th. Pre-orders are available here or watch their Bandcamp page for more options in the coming days.

The story of how Micra was formed is rather perfect. A chance meeting at an Unknown Mortal Orchestra meeting led to Bulgarian-born singer Ivana Kay and Australian producer/guitarist Robbie Cain sampling tracks and testing songs. One thing led to another and Micra was born. Since their outstanding 2018 debut single, “Plastic”, the duo have released a few songs each year, so they remain a hidden gem even within Australia. Stardom, however, is in their future, as Kay and Cain are taking a page from Still Corners’ playbook to help them get there. They are planning to release a trilogy of EPs over the next year or so, allowing them to gradually share their captivating music. To offer a hint at what is to come, they share “After Dark”.

Nu-disco, psych-pop, and electro-pop collide on this club-ready track. It is the type of song that when it comes one, everyone will open Shazam to find out the artist and title. Micra’s talent extends beyond the sonic fireworks. They are, after all, planning a trio of EPs, which means they will have extravagant stories prepared. On this tune, Kay describes living with an egoist and how she lied to herself to rationalize her situation:

“Don’t make a fuss
I gave it almost everything
So what’s your hunch now with your finer taste?
Ride the little reigns easy
And there’s something that building up
In a scene that you can’t escape
And it seems that you make demands”

As we wait for the first of the three EPs, they have released a split single on Liberation Records. Get it on Bandcamp.

It seems Meg Duffy is in constant competition with themself. Through their project Hand Habits, they find new ways to obliterate our souls and minds. This year, it started with a surprisingly synth-driven, disco-esque dazzler in “Aquamarine”, which was followed by the breezy and dreamy “No Difference”. Then “Graves” came and dropped us to our knees. All three songs are among the year’s very best. A hat trick, though, is not enough for Duffy. No, they go for more, and in true Duffy fashion, elicit a whole new set of emotions.

“Clean Air” is a heartbreaker like no other. It’s not a ballad full of cheesy lines and centered on repeating all-too-familiar lyrics and emotions. On the contrary, the fourth single from Duffy’s new album, Fun House, describes with painstaking beauty the conflict that eats away at their heart. They desire to stay with another yet cannot continue to ask her to make sacrifices. Nor can Duffy do the same. Listeners will be moved by the emotion Duffy expresses in these lines:

“Two trees
One bearing fruit, one shedding leaves
And we get so caught up
In the metaphor the plot is lost

We’ll say it again – Duffy is an artist of incomparable talent at the top of their game.

Big Thief has felt like a band full of nice surprises recently. Starting with two records in 2019 to their recent Bandcamp releases, it always feels like we’re guessing when the next Big Thief release may be. In recent months, they released a fantastic two-side (“Little Things” and “Sparrow”) and the beautifully intimate “Certainty”. One thing isn’t a surprise is the fact that these songs are wonderful.

“Change” fits in quite well with the other tracks. It is fairly minimalist in its composition with acoustic guitar, brushed drums, and bass. Adrianne Lenker’s voice makes up most of the sound while simple harmonies with Buck Meek bring richness and warmth. A song this mellow is easy to become lost in. It’s about the passage of time and all the things that come with it. This makes it a perfect accompaniment to the changes of this season.

Hopefully the next surprise from Big Thief is an album that unites these great tracks. Until then, “Change” is out via  4AD and available on Bandcamp.

When describing her upcoming record, The Path of the Clouds, Marissa Nadler said one of her biggest inspirations was binge-watching reruns of Unsolved Mysteries. Both the gripping “Bessie Did You Make It” and the lush “If I Could Breathe Underwater” captured that strange feeling of the unknown. However, on her latest single, “Couldn’t Have Done The Killing”, Nadler has nailed the surreal vibes of this record’s inspiration.

“Couldn’t Have Done The Killing” pulses with a brooding edge. Distorted guitar cuts through haunting harmonies. The percussion builds, adding tension as the song goes on. There’s a moment where the song comes to an abrupt stop, where just the earlier guitar distortion can be heard before everything returns, but with a more menacing sound. The closing moments explore some rather spacey territory as the lyrics evoke late-night mystery/true crime shows:

“Premeditated, still on the loose
simply walked away,
nothing really left to lose
I was your accomplice, your second sight
I didn’t want this, hard to tell the wrong from right”

If these songs are any indication, The Path of the Clouds will be released at a perfect time. It’s shaping up to be a supernatural, surreal, and haunting record, arriving in time for Halloween (October 29th) via Bella Union and Sacred Bones Records. Pre-order it here or Bandcamp.

No weekend playlist is complete without a tune that’s both fun and danceable. If you want to liven up your next grocery shopping experience, may we suggest you crank this new single from Mondo Cozmo? The instant serotonin boost may also come with a few interesting looks from fellow shoppers, but why should you care?

“Feel Good” is an anthemic invitation you cannot resist. The vocals of project mastermind Josh Ostrander match the video’s sunny color scheme. Funky grooves at the start continue throughout, with hooks that evoke a ’90s-era Madchester vibe. The lyrics encourage expression while the video reveals what happens next:

Mondo Cozmo first wowed us back in 2017 with the more Americana-sounding debut LP, Plastic Soul. While the world has changed a lot since then, Ostrander’s talents remain impressive. This song’s undeniable energy provides a boost we all need, especially after the last year and a half.

Every time we cover Trace Mountains, we inevitably mention the impact Dave Benton’s previous band, LVL UP, had in shaping the modern New York City music scene. However, that’s almost unfair. Benton is more than just a former LVL UP member; he’s one of the finest storytellers out there. Trace Mountains’ most recent record, Lost in the Country, was a vast portrait of America from the perspective of the traveling musician. In building up to his new record, House of Confusion, Benton has tackled similar themes but from a different perspective with “America” and “7 Angels” .

“Eyes on the Road” and “Heart of Gold” are the two latest singles from House of Confusion. “Eyes on the Road” is a great track with fantastic guitar playing, infectious energy on the drums, and Benton’s voice almost taking a backseat to it all. Almost halfway through, his vocal becomes the focus as much of the sound stops. Then the full instrumentation returns with Benton’s vocals again soaring. It’s another song about being on the road, being between places, and that’s exactly the imagery where Trace Mountains excels.

Where “Eyes on the Road” was more high octane, “Heart of Gold” is a slower affair. Gorgeous pedal steel and acoustic guitar lay the groundwork. Lyrical themes from the previous track continue in a way that showcase his strengths as a storyteller. The song’s final moments are absolutely stunning as well. His new album, House of Confusion, which is due October 22nd on Lame-O Records, will likely be the same. You can pre-order it here or on Bandcamp. 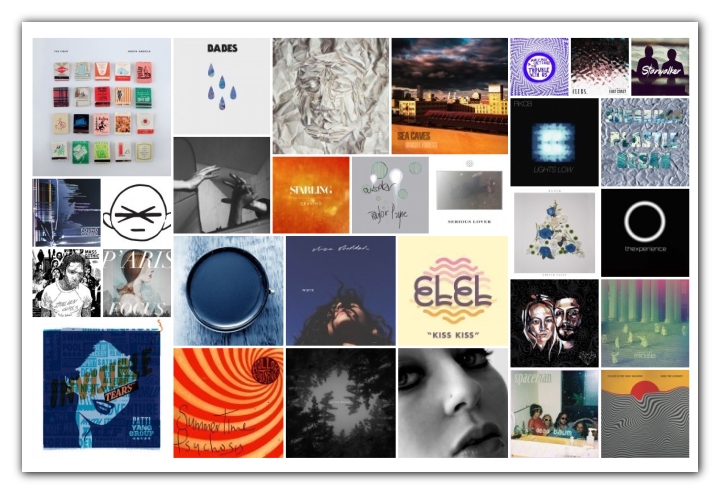 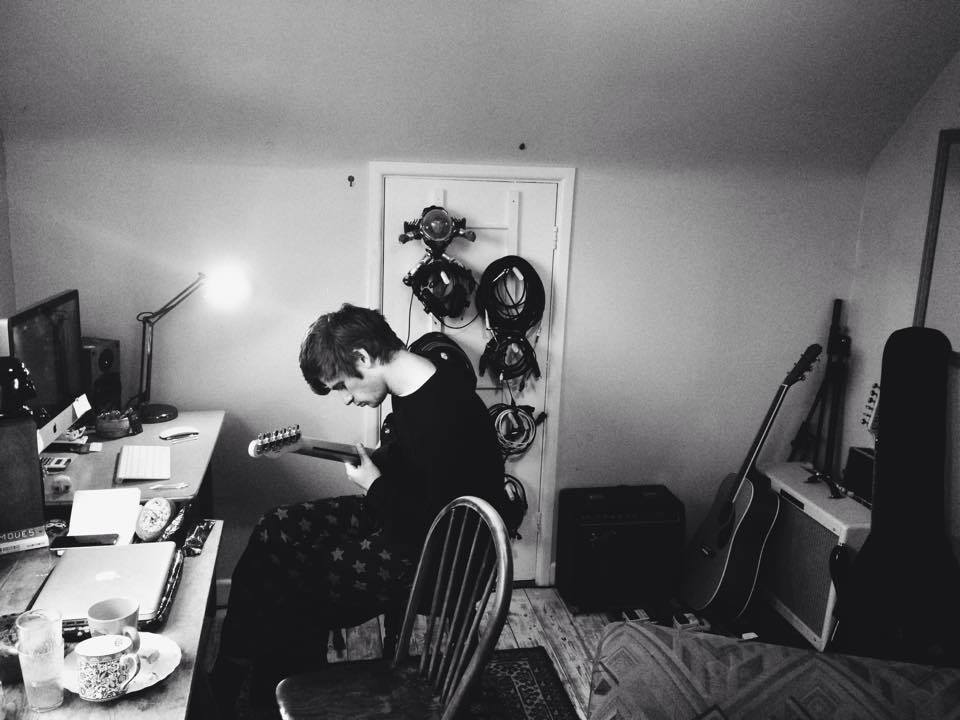