Whether it is mid-autumn or mid-spring where you are, The Matinee ’22 v. 136 offers the perfect way to enjoy the changing of colors and the cool evenings. The majority of the ten songs are introspective and emotional, beautifully melancholic and heartfelt. A couple of songs, however, are buzzing, adrenaline inducers to help enliven the senses.

The Songs of October playlist, which is available on Spotify and SoundCloud, also has a variety of songs to fit pretty much every mood. Happy weekend everyone.

New Zealand’s loss is England’s gain, but Molly Payton always will be warmly welcomed home, as she was in 2021 during the pandemic. When she does return, Payton might be a superstar by that time. The 21-year old already has released some stellar songs, including last year’s “Honey” that had us repeatedly saying, “Wow!” This three-letter word is what we have been uttering over and over again for the last two days because we cannot get enough of “Handle”.

Jaw-dropping is Payton’s second song of 2022 (following last month’s gritty dream-rocker, “Do It All the Same”). It is a stunning number that combines the sweeping intimacy of Squirrel Flower with the epic cinema of Mitski. Like the latter’s songs, “Handle” will floor even the most stoic, stone-faced individual due to the emotive swells of the gauzy guitar and Payton’s superb songwriting. Each word sung from her mellifluous voice leaves a mark because we can comprehend the self-doubt that the Kiwi shares. We know what it is like to lose battles, to be alone, and to take a hard look in the mirror and face the facts.

“I made mistakes,  and I’ll make them again
I’ve lost lovers, and I’ve lost friends
I fight with my past, but I still let it in
The more you get hurt, the faster you mend

Payton’s new EP, Compromise, is out November 11th on The Orchard and Bug Records. By the way, Payton is coming home around the December holidays, performing at a handful of festivals around New Zealand.

Three years have passed since Black Belt Eagle Scout released, At the Party with My Brown Friends, which was one of 2019’s best albums. Katherine Paul’s sophomore LP was real, honest, and undeniably powerful. It also was very personal with Paul celebrating her family, her Swinomish/Iñupiaq heritage, and being, as she wrote back then, “a radical indigenous queer feminist”. Given Paul’s activism within her community and around the Pacific Northwest, it is not surprising that over one thousand days separate her two most recent outputs. The wait, however, has been worth it because Black Belt Eagle Scout reaches incredible new heights on “Don’t Give Up”.

There is a raw, unfiltered quality to the track, which adds to its immediacy and poignancy. We feel like we are sitting in her living room and completely captivated by her presence. All the while, the reverb-drenched guitar is fuzzier, the humming synth echoes a little louder, and Paul’s voice fills every void and then some. We listen intently to her story of finding peace within her surroundings, and she learned this lesson from her late grandfather, Alexander Paul, Sr. She reconnects with him, too, in these places.

Clear the runway because the next great British band is about to take off. This might be a bold statement since Teeth Machine have barely left the terminal. Started off as the project of long-time friends Arthur Bently and Gray Rimmer, the band grew to include Anthony Boatright, Jamie Staples, and Ciara Reddy. The quintet’s objective was and still is to push the envelope. They’re not interested in following standard formulas nor being considered the second-coming of so-and-so. They want to carve their own niche and be known as the first Teeth Machine. Their debut single definitely has them on course to be the ones that others aspire to be.

“Gumball” is a multi-faceted, multi-layered eye-opener. It starts off dark and sultry, but then it quickly transforms. A mélange of genres collide – melodic art-rock, pulsating post-punk rhythms, and seductive alt-R&B. For most bands, such a musical experiment would be a turbulent mess, but Teeth Machine turn into a smooth, bone-chilling ride. It’s also a mind-bender, as the track shifts, twists, ascends, and descends. The song, however, never goes off course even though Rimmer’s words recount how two people are traveling in opposite directions with different destinations in mind.

“Running out of reasons why / you should listen / I should try
But it’s out of your hand
And out of mine
A different place / a different time
The look we give it needn’t be
So microscopic but it’s okay:
You and I just have / different systems of logic”

It’s still wild to think Katie Crutchfield and Jess Williamson just teamed up and are releasing their first record as Plains today. Ahead of releasing I Walked With You A Ways, the duo shared a pair of perfectly crafted country-folk singles, “Problem With It” and “Abilene”. It was proof that Plains are more than just a pair of great singer-songwriters on paper, but also a coherent and powerful combination.

Their last single from the record, “Hurricane”, is as impactful as the songs that preceded it. Gorgeous acoustic guitar work and Crutchfield and Williamson’s voices combine in perfect harmony.  The duo said “Hurricane” was the final song written for the LP, and it helped tied everything together. When put in the context of the album, it’s impossible to deny that this number is an important keystone that makes the record whole, especially since it discusses our own destructive nature and the patience and love needed to deal with it.

I Walked With You A Ways is out on ANTI Records. It can be purchased on Bandcamp and these links.

In March, Barrie released their second record, Barbara. It was a fantastic album that had many inviting qualities: from its danceable tracks like “Frankie” or its more personal moments like “Dig”. Just a few months later, Barrie has a two more singles to share.

“Nocturne Interlude” is indeed an interlude. Clocking in at 90 seconds, the song starts out with a warped electric piano. Slowly things build and it features Barrie’s voice joining in over some synth sounds. There’s a haunting quality throughout the entire track, especially in its stunning closing moments leading into “Unholy Appetite”. The latter picks up with that electric piano, but very much feels like a calm after the storm. That feeling is only increased once the song’s playful guitar and drums come in. Warm synth takes over underneath, as do some fantastic harmonies.

Barrie is the project of songwriter Barrie Lindsay. Both “Nocturne Interlude” and “Unholy Appetite” are out now and available via Barrie’s Bandcamp.

The musical career of Michael Collins seems like an unlikely one, as he’s wallowed between a couple of different projects and re-brandings plus an uncertainty whether to continue. His situation and self-doubt make his next album as Drugdealer, Hiding in Plain Sight, feel like even more of an impossibility. Collins has frequently leaned on guest vocalists, including Weyes Blood on 2019’s Raw Honey. But as Hiding in Plain Sight has taken shape over its singles, Collins has seemingly found his own voice with fantastic and immersive ’70s-influenced tracks like “Someone to Love” and “Madison“.

The first single, “Pictures of You”, features singer-songwriter Kate Bollinger. Its foundation is still very much the distinctive Drugdealer sound – a fantastic bass groove and an infectious guitar track that keeps the song moving forward. Bollinger’s voice adds a dreamy layer to everything, floating just above some delicious electric piano. Lyrically, “Pictures of You” is a breakup track, but the way it’s presented absolutely matches Collins’ sultry tones.

“Pictures of You” will be on Drugdealer’s upcoming record, Hiding in Plain Sight, which is out October 28 via Mexican Summer. Pre-order/save it here.

We can clearly see the following happening in March 2023: after SXSW concludes, the band people will be talking about is Sobs. Now we are not sure the trio plan to attend, but we sure hope they do so that they can almost single-handedly put Singapore on the indie music map.

Sobs, however, are not a new band, as Celine Autumn, Jared Lim, and Raphael Ong first piqued our ears in 2017 with the dream-pop tune, “Girl”, which sounded liked Alvvays revved up. Since then, they have gradually built their fanbase, which now includes Topshelf Records (how cool is that?). As such, they should continue to experience a swell in popularity with “Air Guitar” leading the charge.

The threesome’s newest single is a bubbly, energetic, and delightful piece of guitar-pop. This is music made for weekends, intended to make us dance and run around as we wash away the week’s stresses. While the guitar, bass, and drums collide into a bustling cacophony of exuberant noise, Autumn’s sweet vocal recounts more serious moments of overcoming the memories and presence of another.

Sobs ‘ new album, Air Guitar, will be released October 26th on Topshelf Records and Middle Class Cigars. Pre-order / pre-save it on Bandcamp and these links.

When B.Miles burst on the scene in 2015 with her debut single, “Nine Matches”, she was on the fast track to becoming a star with her mix of industrial, electronica, and alt-rock. Follow-up tracks, “Salt” and “Shaking Hands”, were equally stellar. Her 2020 debut album, Order of Appearance, meanwhile, saw the LA-based artist extend herself into darker and more cinematic spaces. Unsurprisingly, her talent has landed her deals within the film and television industry, where she’ll contribute music for an unannounced Netflix series. But before then, she re-introduces herself to the world with “One Trick Pony”.

Brenna Miles sets aside her synths and keys in favor of intimate dream-pop. While the approach is more stripped back than her previous recordings, it still possesses a widescreen feel, but one that is breezy and lush rather than startling and stark. Her lyrics, though, remain highly introspective and clouded in self-doubt. She shares how challenging it has been to be an artist, where everyone is a critic and the industry seeks to make all artists the same.

“Paint my face in glitter, you all say,
‘Eat out vanity, why can’t you play?’
Meanwhile I’ll spit the water screaming, I’m

Tired, cause my ego owns me
Now I’m just a one trick pony
Drowning, am I disappointing
All of our time?”

In time, Miles will have the last laugh, showing that an artist can still succeed without having to cater to the wishes of those in suits. She has the backing of Moon Crawl to help her achieve her goals. 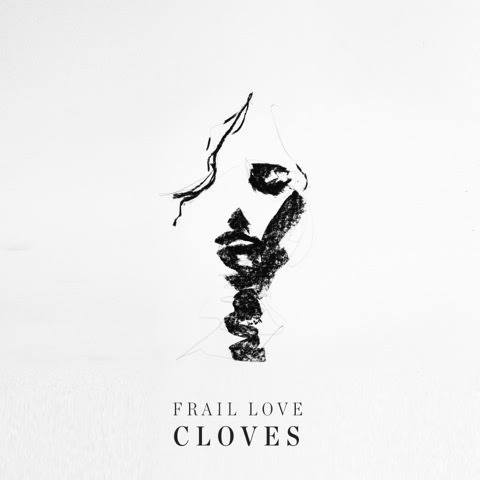