We’re deep into summer in the Northern Hemisphere while the Southern Hemisphere deals with winter, but The Matinee ’20 July 13 edition cools or heats things up. It all depends on your perspective. The mini-playlist features several moving, hard-hitting singles; playful tracks; and some songs that will encourage your to run.

A social awakening has engulfed the world over the past five years after decades of activism. We’re all well aware of the Black Lives Matter Movement, which continues to grab headlines across the globe. But not long ago, the #MeToo movement grabbed the spotlight. Started in 2006 by Tarana Burke, more than a decade passed before more and more women raised their voices against the formidable men who tried to silence them. While awareness has been heightened, sexual harassment and domestic violence still remain severe ills that plague our society. Capturing a victim’s perspective – specifically the physical, emotional, and psychological effects – is Sarah Walk on her new single, “unravel”.

Calling this song powerful would be an understatement. Its dark, low-fi approach is intentionally unsettling, as Walk wants us to not only walk in her shoes but to enter her mind and feel her soul. She has been a victim too many times and, like tens of thousands of women, stayed quiet for too long because they did not believe people would hear what she had to say. She felt disempowered, but no longer. She’s now using her art for women to be heard and to incite change. Now it’s time for us, especially us men, to listen, reflect, and support.

“Now nothing has hurt me more than me
Who grew up with no consequences
Why is it my job to fix this mess?
You are always ready to defend
You hear my concern as anger
And nobody wants an angry woman
You had it all, you gave nothing
You won’t listen at all”

With Mellowdrone, bassist and vocalist Jonathan Bates has perfected the moody, lo-fi, indie-rock genre. For older chaps like us, Mellowdrone’s music is like amped-up sadcore, if that’s even possible. As a solo artist and producer under the moniker Big Black Delta, Bates is more like Anthony Gonzalez, who most know as M83. The LA-based multi-instrumentalist creates big, bold indietronica that can be heavy and harsh or wind-swept and exhilarating. His versatility has resulted in some of music’s biggest names seeking to collaborate with him, including Kimbra and the aforementioned Gonzalez. But with talent oozing from his pores, why stay in the shadows when he could be under the spotlight? Last Friday, Bates’ fourth album, 4, was released on his own Masters of Bates. From this superb LP is “Vessel”.

We suggest being outside when listening to the song because it will energize you. In particular, make your way to one of three places. Stand in your yard or go to a park, stretch out arms, and just spin under the beating sunlight. Alternatively, head to the beach and run in a or every direction. The glimmering synths and bright beat splashes are as refreshing as the ocean breeze on these hot, humid days. Bates further evokes windswept bliss with his voice and words, reminding us that nothing can be bought, not even his love. One thing we all do have, though, is a second chance, just like Jonah did with the whale. Now make the most of what time you have left on this planet and let Bates be the captain of your forthcoming voyage.

When the world was first introduced to Liza Odachowski – or Liza Anne – she was a brooding singer-songwriter in the Sharon Van Etten mould. Her debut album, Two, was a moving, powerful piece of indie rock, and it had us anointing her “The Next Great American Singer-Songwriter” in our 2015 interview. For her sophomore album, Fine but Dying, she entered more pop-rock atmospheres. Now with record #3 on the horizon, she’s changing her colors once more, diving into the art-rock and grunge-pop realms. And boy is the transformation tantalizing as witnessed on “Change My Mind”.

With the off-kilter cleverness of David Byrne and Of Montreal and the biting wit of Caroline Rose, Liza Anne delivers a fun, edgy number. As her guitar rambles and the keys sparkle in the background, Odachowski’s vocals change in tone, where at times she’s disgusted and other moments they are pleasant and inviting. Her wavering approach reflects the push-pull nature of a relationship, where sometimes a partner plays hard to get, fights are instigated at the most petty of things, and every conflict is a zero-sum game. Eventually, one figures out the game of love, which Odachowski thinks she has when she hollers, “I’ll let you change my mind”. For those who have followed her blossoming career, our minds haven’t changed about her star potential.

A month ago, a 17-year old more than just grabbed our attention – Alex McArtor blew our minds with the Almost Famous-inspired “Biggest Fan”. How many singer-songwriters, let alone teenagers, write songs from the third-perspective perspective and tell an elaborate story? Only the finest are able to do that. Now can the recently-turned 18-year old still craft a great story from the first-person perspective instead of sharing a stream of thoughts and emotions? The answer is obviously yes because why else would we be sharing “House On The Bay”.

Set to a dusty, Laurel Canyon vibe, McArtor delivers a track with the steely, emotional sharpness of Lana Del Rey. She takes us on a sweltering trip with her friends to the seaside, where for a weekend everyone can just be wild and free. And of course, fireworks between will ignite, but is this love or just a moment of weakness among two people? There is joy and jubilation in McArtor’s voice, but tinges of regret and sadness reverberate in her words. “Tell me that you love, even if you don’t”, she says at one point, fully realizing that “we all came around just to have some fun”.

We may as well say it now: another great songwriter is upon us. 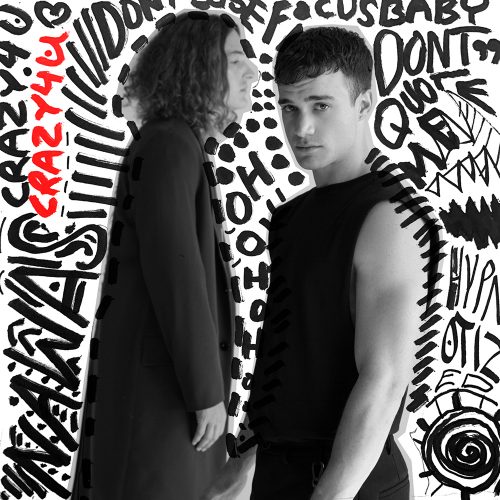 Nashville based NAWAS (by way of Baton Rouge, LA) have returned with an addicting new single. Childhood friends and founding members Jake Nawas and Ben McDaniels are bringing a soulful turn to modern synth pop.

The unforgettable vocals immediately capture your attention. Jake Nawas definitely has a voice that can’t easily be compared to anyone else.  It’s sultry and in some parts,  androgynous. “Crazy 4 U” is a new modern day love song. The beat also reminds of late 80s and early 90s pop bands, yet with a dancier edge that includes killer bass. It’s hard not to want to move to this track, and is also one that must be added to your cardio/workout playlist. If we were living in the past, this would be the song to end the night  with at the local dance club.

Since we can’t do that right now, it’s time to host a dance party with your household loved ones and let loose.
“Crazy 4 U” is out now everywhere.

Ask Wellingtonians to name underappreciated artists from the “coolest little capital in the world” and the name Eddie Johnston and his project Lontalius would often be mentioned. It’s not just Johnston’s soft, Elliott Smith-like falsetto that appeals to listeners’ ears, but the young man is immensely versatile. He can create transcendent, ambient fare (e.g., 2020 EP, Alive); out-of-the-box electro-pop (2019’s All I Have); collaborate with producers across the globe on chest-thumping, electronic numbers; or sincere dream-folk ballads. It is the latter that he perfects on his latest single, “I’ll Be The Rain”.

Grab your partner’s hand, look her/him in the eyes, and allow this beautiful serenade be the music that drowns you inside your lover’s soul. The arrangement is simple – it’s just an acoustic guitar, a touch of an electric guitar from Irish artist EDEN, and a low hum of the keys in the latter half. Johnston’s voice, however, carries the song. It is soft yet vulnerable, heartbreaking yet endearing. He reveals the pain that continues to throb within him as a result of his actions hurting others. The song, as such, is an apology to everyone, including himself.

I’d burn some bridges, sure
Cut some people out and leave them behind, sure
And if we ever were the same
I’d be the rain” 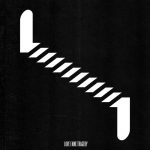 We’ve been hearing single after single released from Matthew “Murph” Murphy (The Wombats) for most of 2020 and so far his songwriting has been completely transparent and rather blunt, like LFT has completely allowed him to become an open book. “Everything Affects Me Now” is a super upbeat pop banger, yet it lyrically displays a huge theme of apathy, or somewhat of a paradox in life where most things are viewed in a negative light, yet there are those beautiful glimpses of joy and beauty. The single starts off with a slower cadence and then grows into this gloriously catchy pop tune, that you want to turn up as loud as possible and then just jam to it again.

Murph has proven he can craft a killer pop song with much deeper meaning than what is currently out there. They are more than just earworm tracks, they definitely cause the listener to reflect on one’s own life patterns and any similarities about the many issues regarding  life struggles, relationships and mental health.

Murph’s solo debut album, Wherever I Go, I Want To Leave, is out now via Good Soldier Records. Orders and streams are available here. 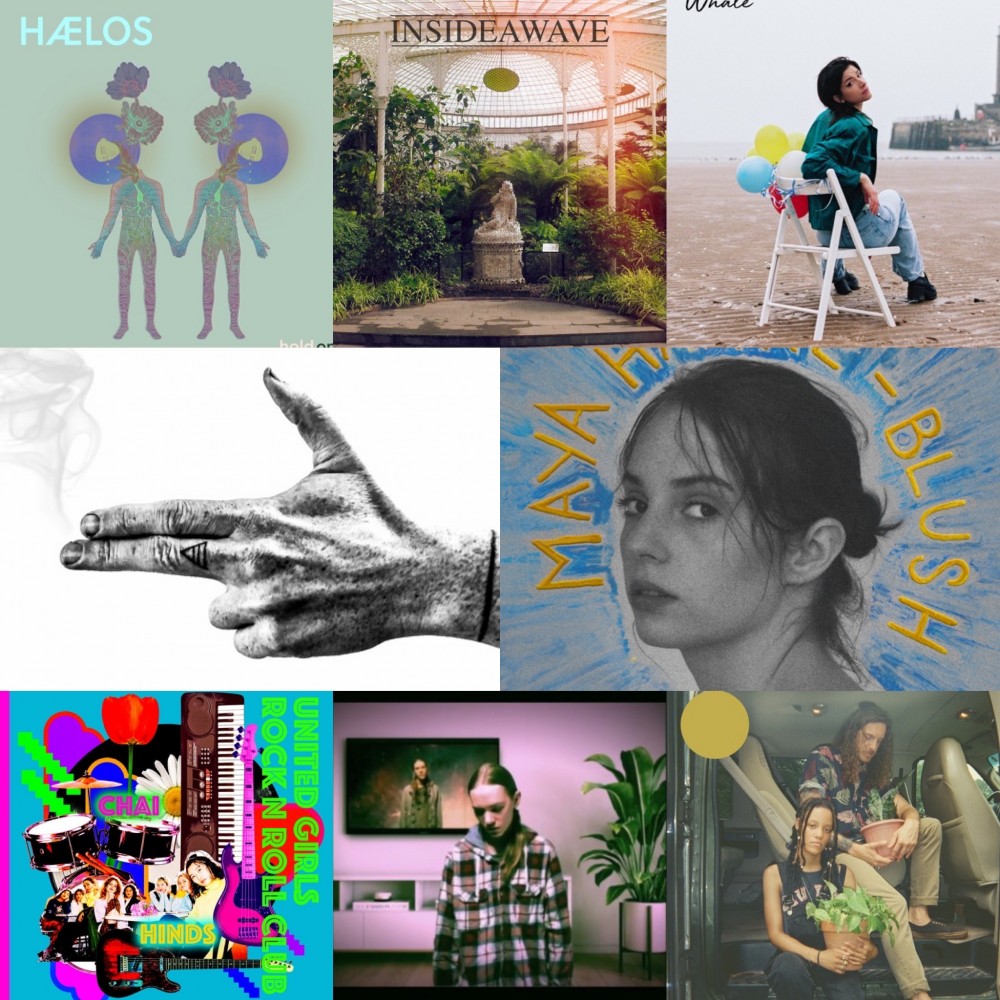 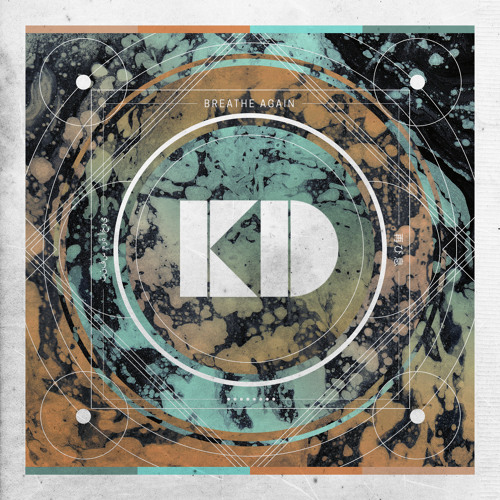 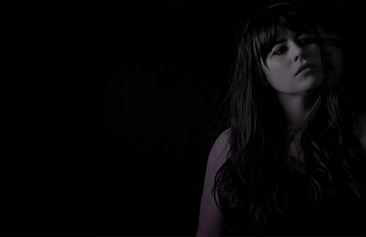