The Saturday Sampler April 15th edition has plenty of sweet treats for your holiday weekend. These 9 songs from artists in England, Iceland, Netherlands, Norway, and the US offer a variety of genres from indie folk to rap- and R&B-infused synthpop. Check back tomorrow when our Weekend Showcase playlist will include every song we’ve covered this week. 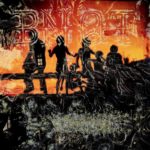 Back in early February we shared “Restart,” the debut single from international indie supergroup BNQT. As we await the arrival of their debut album, Volume 1, in two weeks, we can savor this new retro-leaning single. “Unlikely Force” feels like a time trip back to the days of ’70s-era AM radio. The rich, hazy harmonies will have you thinking about piña coladas and getting caught in the rain. (Millennials, we’ll understand if that reference means nothing to you.) The song isn’t tropical per se, but the vintage authenticity has a sunset warmth that automatically triggers a yearning for beaches and drinks adorned with mini paper umbrellas.

“Unlikely Force” is one of the first songs the supergroup worked on when recording the album. Written by Band of Horses frontman Ben Bridwell, the combination of piano and sax give this easy listening rock number a bit of a jazzy edge. Escape to a carefree place with its feel-good vibes.

Volume 1 arrives April 28th via Dualtone and Bella Union. You can pre-order the album here and here.

RIYL: Empire of the Sun mixed with Arcade Fire and PWR BTTM 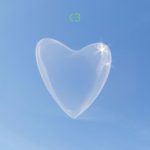 “There’s no shame in being loved.” That’s the message on the new single from emerging Norwegian band Broen. The quintet are newly signed to Bella Union, and their first single is titled, appropriately enough, simply with a modern <3 symbol. The song is equally forward-thinking, with its bold, almost discordant, long intro. Like life itself in this modern world, it’s a bit jarring at times. But over the next nearly six minutes, you fall under its spell and appreciate its subtle intricacies.

“<3” is a song about love – but it’s not exactly a stereotypical love song. Instead, it’s about loving yourself so you can be strong enough to project that love to others around you. With its rising and falling synth tones that meld seamlessly with electronica, R&B, and rap elements, it feels ultra modern. Just as electronics require frequent charging, so too do our hearts. This is a high-voltage recharging song that will restore your vitality.

Broen are working on their debut full-length that is expected later this year from Su Tissue (Norway) and Bella Union (elsewhere).

While the ’80s are often blasted for producing some of the worst music ever heard (and there was some truly awful music), the decade did bring us the marriage of industrial, darkwave, and rock ‘n roll, which often has been called post-punk or, as DRÆMINGS call it, doomgaze. Artists like Pat Benatar, Laura Branigan, and even to a degree Kate Bush and Bonnie Tyler dabbled in these genres (if you have never heard of them, do a Google search). This darker, sometimes bleak rock sound provided the perfect backdrop to the artists’ stories of betrayal and isolation and their anti-establishment message.

For DRÆMINGS’ frontwoman Kimi Recor, the doomgaze approach is the launch of something exciting. It is the turning of the page and the start of a new chapter in her life, and these sentiments are heard on the band’s new song, “Great Escape“. With the power of Benatar, Recor hollers over top the swirling electric guitar, “I’m praying that I’m never going to save you / crazy, but I’ll never say I’m sorry / I’m running away, running away”. Exactly to whom is she speaking is unknown. It may be an ex-partner, a parent, or a friend. Or maybe this is Recor speaking to herself, as she embraces her past but welcomes the unpredictability of the future. 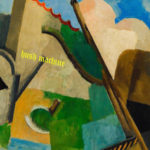 When most teenagers make music in high school, they tend to sound like whatever is popular on the radio at the time. Not so for Sam Boatright, a 21-year-old Kansas musician who records under the moniker Hush Machine. The music on his upcoming debut album is inspired by bands that pre-date him by a decade. Take, for instance, his “Batter Up” single: this infectious slice of New Wave/indie pop has echoes of The Strokes and The Libertines with hints of New Order. But while this tune is steeped in retro hues, its jangly riffs are on par with today’s festival headliners: punchy, polished, and brimming with youthful energy. It pairs perfectly with carefree summer days or anytime you need a quick sonic adrenaline boost.

Boatright unleashes a stream of tight, sunny hooks on “Batter Up” that would make Julian Casablancas green with envy. But be warned: the chorus refrain (“The distance is too far”) is so catchy that you will be singing it non-stop once you hear it.

His self-titled debut EP is out April 21 via Jigsaw Records with pre-orders from the label and Bandcamp. 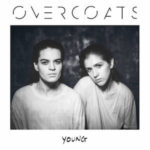 The intertwining harmonies of Hana Elion and JJ Mitchell – aka Overcoats – will at first remind you of Lucius and Joseph. They’re strong and captivating more than cute and sugary sweet. In fact, there’s a ripple of rawness that makes their sound even more captivating. On their ‘Leave the Light On” debut single, the New York City duo inject their harmonies with such sleek, synth-driven beats that the finished product has the sultry appeal of Austra, Warpaint or Phantogram. The song is from their forthcoming debut album, Young, which is co-produced by Autre Ne Veut and Nicolas Vernhes (Daughter, The War On Drugs, Dirty Projectors, Cass McCombs).

The song starts innocently with a capella vocals before a light layer of synths appear, followed by understated percussion. The first verse is a coquettish flirtation; it’s in the chorus that they turn on their full charm. And it’s lethal. If you’re a fan of synth pop and fierce vocals, your heart doesn’t stand a chance with this tune. The way they stretch last syllables of the chorus refrain (“You don’t know me at all”) is hypnotizing, as is the repeated title mantra during the last minute. Your head will be spinning until the vocals taper off in an elusive vanishing act in the last few seconds. By that point you’re hooked and scrambling to press play again.

Young arrives April 21 via Arts & Crafts with pre-orders from Bandcamp. Their upcoming tour kicks off April 20 in Brooklyn with European dates in May. 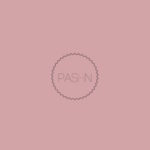 If you’ve spent any time this weekend watching the stream of Coachella festival, you’ve noticed many of the upper-tier bands have a synth-heavy sound. That electrifying pulse of danceable grooves and ethereal vocals is a potent formula for a reason: it sends shivers up the spines of everyone in the audience, especially in a late-night California desert setting. Although this emerging Icelandic duo isn’t performing at Coachella this year, their music is every bit as captivating as what you’ll hear from The XX and Phantogram. Say hello to your newest musical crush, PASHN.

The pop-electronic duo of Ragnhildur Veigarsdóttir and Ása Bjartmarz are so new to the music scene that their debut album has not yet released. (They are starting to receive critical acclaim in Iceland since releasing two demos, of which “Down” is one.) But based on the super-chill allure of this song, one thing is clear: they are headed for stardom. We feel certain that PASHN will become as big a sensation in America as they are in Iceland simply because of their mesmerizing sound. Get to know these girls now, because it won’t be long until they make their Coachella debut.

Follow their social media channels for updates regarding their future album release. Hopefully it will arrive soon, because music this icy cool will be especially refreshing on hot summer evenings.

Within the first 10 seconds of “Dark Mountain”, the most ardent music fan will recognize that this song channels what was arguably the greatest era of music. The music is the dark post-punk coming out of central England, namely Manchester, where a band called Joy Division would change the course of music history.

Over 40 years later, people are still trying to capture the energy, ferocity, and pure brilliance of the iconic group, who in five years made some of the greatest music ever heard. Some bands have had success, but the majority tend to fall short. In the case of Silent Runners, their new single hits the mark and then some.

“Dark Mountain” is a pulsating, engrossing number that echoes Joy Division. A relentless energy streams across the song, as wave after wave of brightly hued synths, crystalline guitars, and throttling bass and drums overwhelm the listener. Meanwhile, the deep vocals are harrowing yet intoxicating, making us feel like we are trapped on the Dark Mountain and with no chance of returning home. This image reflects much of the world today, where there doesn’t seem to be any end in sight to the predicament in which we’ve put ourselves.

Terribly Yours – “A Love That Don’t Diminish” (Brooklyn, USA) 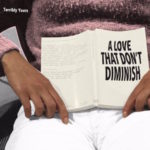 When we shared the “No Genius” single in February, we called the work of this indie bedroom pop artists “life changing and life affirming.” We now find ourselves trying to find equally appreciative terms now that his “A Love That Don’t Diminish” single is out. These two releases signal a strong follow-up to last year’s A Bloom Beyond.

Most of us, if we’re lucky, know first-hand the value of having someone who loves us unconditionally. Whether it’s a friend, lover, or family member, the kind of love they give is exactly what this song is about. The brightly shimmering tones here captures the elation our hearts feel when we are on the receiving end of that love. Terribly Yours takes you by the hand here and freely admits, “I’m not trying to be clever.” He doesn’t need to be clever with exuberant soundscapes like this. Between its soaring melodies and the warm layers, this song is yet another example of how Sean Bones excels at making you feel happy to be alive. You can’t say that about every musician. But then again, Sean Bones is an underrated gem of an artist.

This single is available now on iTunes via his S/S Friends label.

A month ago when Zola Blood released the “Good Love” single, we said every one of their songs should come with a warning: take a deep breath before pressing play. Their latest song is yet one of those times where that message applies.

“Nothing” is another dazzling number. This time, however, you should take plenty of deep breaths because the band has taken their hypnotic, pulsating electronica into a slightly different direction. The song is still dazzling, but the deeper, house-driven bass lines and the stark, driving synths give the track an unexpected trance quality. Consequently, delirium sets in, and the song becomes a danceable, mesmerizing number. This is just another demonstration of Zola Blood’s genius, and we anticipate this will be the year they will be recognized as one of Europe’s leading electronic bands.

Their popularity should explode when their debut album, Infinite Games, is released on May 26th. Indie label and management company Pond Life will be distributing the record.

Doug Tuttle – “It Calls On Me” 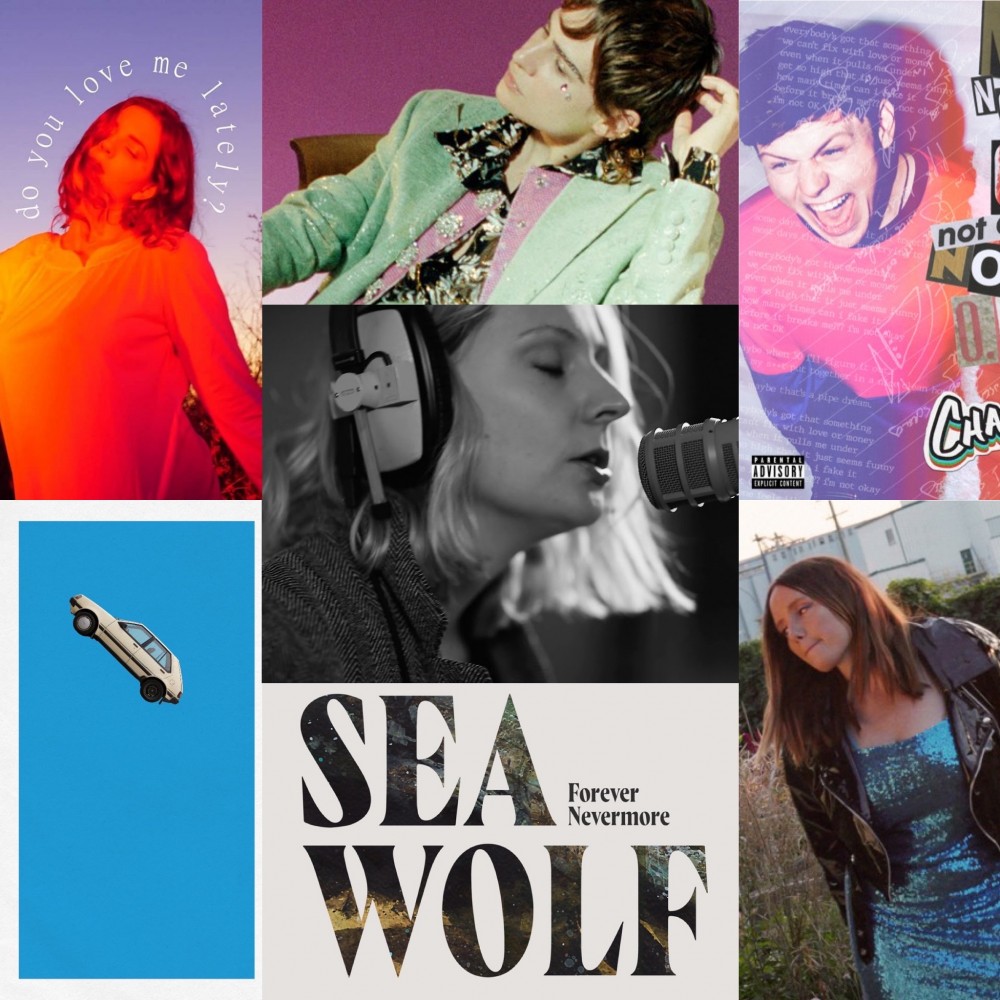 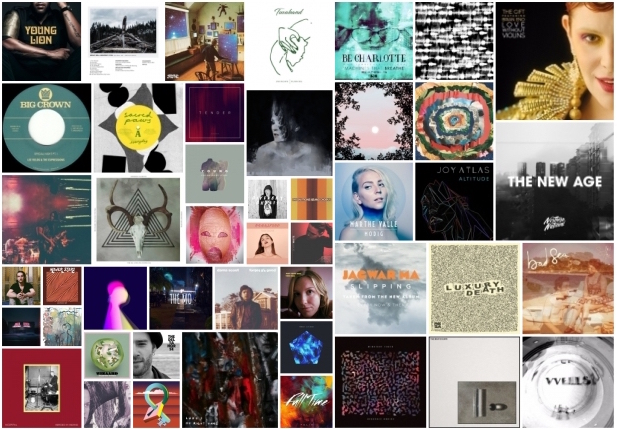