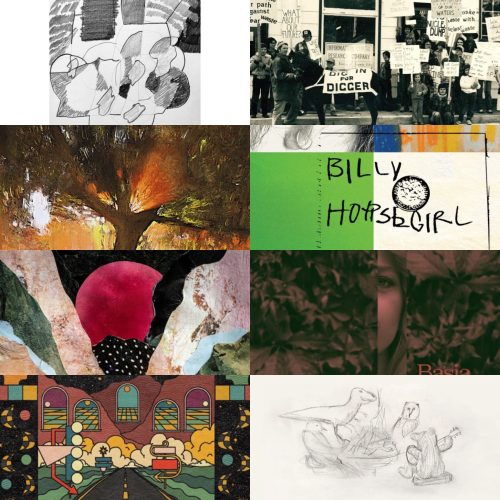 From wandering through gardens to watching time pass, from counting the days to recounting memories, The Matinee ’21 v. 156 features eight songs that offer the soundtrack for the most endearing and challenging moments.

Beauty and pain co-exist everywhere in nature. Take thorns on roses, for example. Being pricked by one makes you pause to check for damage. In doing so you might view the rose from a different angle. A similar experience happened to Canadian artist Basia Bulat during the pandemic. While there were no thorns involved, she did take a look at her own work from a fresh perspective. The result is a new album of lushly orchestrated revisions of her songs, including this updated take on “The Garden.”

The track first appeared on her 2016 album, Good Advice. Its original form is stately, free of extraneous flourishes that detract from the purity of her vocals. But now that her envisioned scenario has come to pass, the blooms planted in 2016 are brighter and richer:

“Lilacs were all overgrown then
There in the garden we wanted
In a year or two if we find ourselves
Walking through, minding the old fence
There where the grass is the tallest
We won’t look back, we won’t be lost”

This version of “The Garden” features a string quartet orchestrated by noted indie artist/producer Owen Pallett.

Pre-orders for Bulat’s new album, The Garden, are available here and on Bandcamp. It will be released February 25th, 2022, on Secret City Records.

Mellowness never sounded better: this is how the return of The Antlers feels. The duo of Peter Silberman and Michael Lerner surprised fans this week with Losing Light – an EP of four reimagined songs from their Green to Gold LP released earlier this year – and details of a 2022 tour. Find a comfy listening spot, because the title track a must-hear.

“Losing Light” is breathtaking. The instrumentation evokes morning tones: gradually warming shades brighten as the song progresses. A plucked acoustic guitar at the start ushers in layers of vocals, piano, and percussion that barely register above a whisper. Since the entire EP was composed during morning hours, the songs convey a peacefulness that comes when a day is yet unwritten. Despite its brevity (just under two and a half minutes long), its vitality stirs something within you as you listen. You hear optimism ripple through each note. “Losing Light” provides a gentle, meditative start to your day.

The EP is out now from these links and Bandcamp via Anti- and Transgressive Records. The band’s 2022 tour begins March 25th in Berlin then returns to North America in early May. Tickets are on sale today with details on their website.

Horsegirl – the trio of Penelope Lowenstein, Gigi Reece, and Nora Cheng – are still in high school, but they have made quite an impact with their few releases so far. “Forecast” was a loud rocker; “Sea Life Sandwich Boy” was a dreamy, shoegaze-inspired affair; and “Ballroom Dance Scene” was a complex, gorgeous soundscape. The diversity in sound was impressive enough to attract the attention of Matador Records.

Their first single on their new label is “Billy”. Channeling some of the best sounds of the ’80s and early ’90s, Horsegirl hit that sweet spot of alt-rock and shoegaze goodness. Dreamy harmonies surround a lead vocal that is little more than spoken word. Fantastic drumming and reverb drenched guitar provide the musical backbone for “Billy”. It’s no surprise that this track was recorded by John Angello, whose credits include Dinosaur Jr., Kurt Vile, and Son Volt among many others.

“Billy” is out now with a 7″ coming March 11th, featuring a B-side cover of the Minutemen’s “History Lesson Part 2”. You can stream or pre-order it here.

Early this year, Sun June released the stunning and intimate album Somewhere. Their sophomore effort sounded at times like a dream, but its stories were largely based on front-woman Laura Colwell’s memories. To celebrate the LP’s one-year anniversary, the Texas-based group will release an extended edition, +3, early next year, with three previously unreleased songs included. One of those new songs is “Easy”.

“Easy” is just as stunning as the songs on Somewhere, with Colwell painting vivid lyrical imagery. “Easy” portrays a fading romance and the nostalgic moments that can be looked back upon to keep it going. Despite the fate of the relationship in the song, “Easy” has a very light sound to it. Colwell’s vocals are accompanied by chiming guitar and lovely harmonies.

The Russian indie music scene has long been overlooked. Only a handful of artists and bands from the world’s largest country has been able to breakthrough and get notice. With groups like Pussy Riot, Blankenberge, and Hospital, people, including us, should pay far more attention. In doing so, we can discover a band like AshLight.

While the trio are still in the infancy of their career, they could develop into a rock giant, not just within the long borders of their homeland but abroad. With their heavy, dark, alt-rock approach, they could potentially head in the direction of Paramore or Evanesence. Or they could follow the stark but engulfing waters that Emma Ruth Rundle and Marissa Nadler tread. For one song, “Keeping Me Alive”, they wade in the later.

Dima (guitars, synths), Eric (drums), and Sasha’s (vocals) newest song is startlingly bleak, yet it possesses a cinematic brilliance that is borderline hypnotic. Dima’s cascading guitar and Eric’s rumbling percussion have an air of Deafheaven’s dramatic surge while Sasha’s hypnotic voice falls between the forceful and emotive approach favored by Evanescence’s Amy Lee and the restrained yet powerful style of Emma Ruth Rundle. Her songwriting is more akin to the latter, as she describes how darkness consumes another person. Her storytelling is The Witcher-esque.“An echo from a different reality / Brings memories conjoined with your humanity”, she sings with tantalizing effect. She further adds:

“Did you hurt yourself?
It’s all deserved
Everybody tells you the same
‘Time is the cure’”

Look out for this band!

Every music fan knows that New York City is overflowing with talent. If the Big Apple held a festival that featured only artists and bands from the five boroughs, the event likely would last a month, if not longer. Standing out from the massive swell takes a lot of luck, but a band at the same time needs to demonstrate it can simultaneously stimulate bodies and provoke minds. This year has seen some great outfits from NYC deliver these two things, and soon to join the likes of Gustaf and Geese are Dropper.

The quartet are throwback pop-rockers, who combine the catchy pop of the ‘80s with the gritty art-rock and post-punk attitude of the early ‘90s. This combination alone should soon make them favorites among New Yorkers. Then throw in some catchy yet thoughtful lyrics, and the makings of a great band are in place. And it all begins with “Don’t Worry”.

This bombastic number is a hip-shaker, a toe-tapper, and a lose-your-shit-and-act-like-there’s-no-tomorrow bopper. Jerky guitars, bouncy rhythms, and front-woman Andrea Scanniello’s swooning vocal highlight this manic, fun, and awesome single. Despite the good time that is to be had by all, Scanniello’s lyrics are more downtrodden. She describes how her life has been a constant hangover with her addressing her anxiety through dependency. She is, however, starting to wake up and realize she needs to change her lifestyle.

Her changes begin with making Dropper a band to watch. The group consists of Andrea Scanniello, Larry Scanniello, Yukary Morishima, and Jono Bernstein.

The single is taken from the quartet’s forthcoming new album, Don’t Talk to Me, which drops February 11th, 2022 on Dirt Dog Records.

With so many albums dropping this month, Casper Skulls‘ latest, Knows No Kindness, may have been overlooked. It should not be, as it’s a beautifully arranged release with some of the year’s very best songwriting. Every song captures a specific moment in life, often celebrating the little joys (the beautifully sanguine “Tommy”), offering a reminder of what a community is (the quiet protest tune “The Mouth”), or sharing the consuming nature of death, which is depicted on “Ouija”.

The Toronto-based group beautifully capture the emotional anxiety that accompanies watching someone take their final breaths. As a shallow, spine-tingling guitar line forges with the stuttering percussion, a chiming guitar rings in the background. Its piercing tone foreshadows what is to come. Front-woman Melanie St-Pierre’s vocals project sadness, pain, and desperation as she clings to the final moments with her grandmother, who lies in a hospital bed. Upon her passing, St-Pierre wonders aloud, “What would you say to the dead?” While no one can answer such a question, Casper Skulls offer a touching tribute to those who have passed.

Knows No Kindness is out on Next Door Records. Purchase and streaming links are available here or on Bandcamp.

Big Thief released some fantastic singles earlier this year, including the gorgeous combo of “Little Things” and “Sparrow“, the warmth of “Certainty“, and the simple yet engaging “Change“. All three tracks felt connected and made it seem like their next record was taking shape in front of us. The only thing missing was an official album announcement.

This week, the Brooklyn-based group revealed details for their 20-song double album, Dragon New Warm Mountain I Believe In You. Along with the announcement came a new single, “Time Escaping”.  The album’s earlier singles all felt the passage of time, and this song fits in wonderfully. But where the other tracks were simpler or more acoustic, “Time Escaping” takes a bolder approach. A variety of instruments burst at the intro with keys, harmonies, and percussion all doing their own thing. That infectious energy is maintained throughout and has us counting the days until the album’s release date. 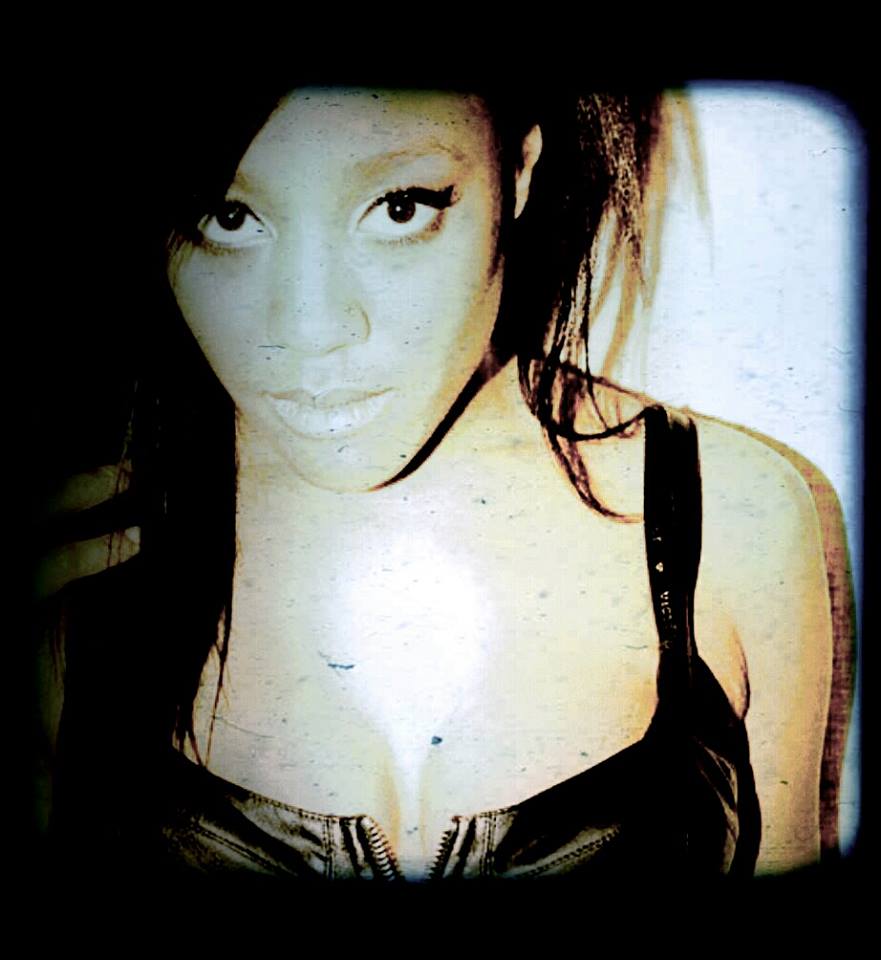 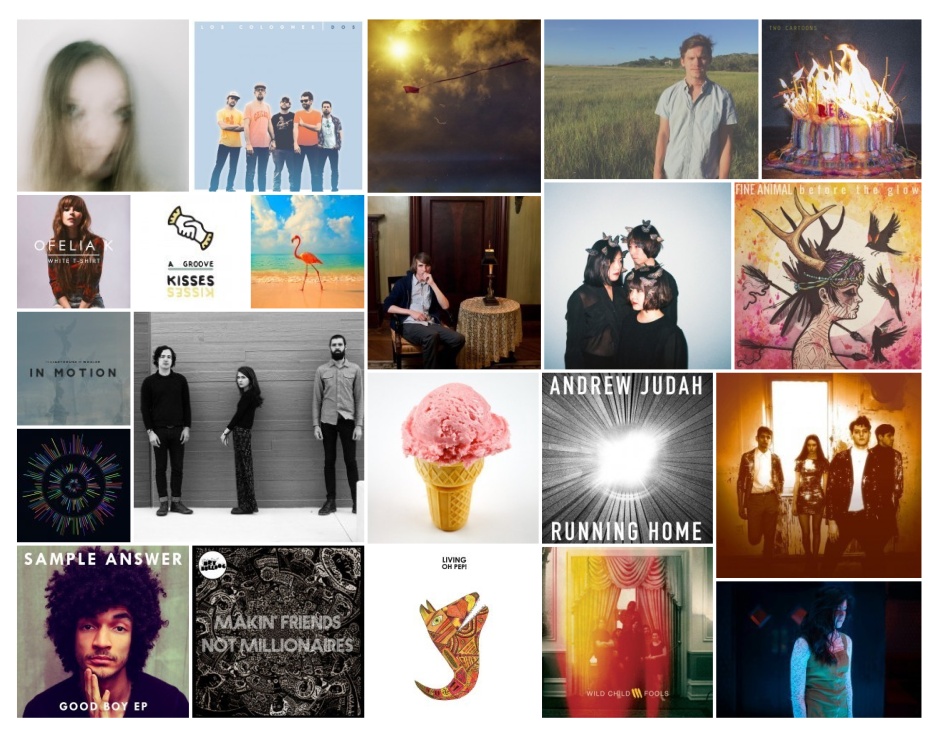