The Matinee ’21 v. 075 is a very special edition featuring sensational women artists. The stories told are imaginative and eerie, real and emotional, or insightful and poignant. There’s also a cover included among the seven in order to showcase how a classic can be reinvented.

Whereas some people slowed down during the pandemic, Michelle Zauner put the pedal to the metal. She released an EP and published a book, Crying in H Mart, based on her mother’s passing in 2014 from cancer. She also found time to write songs for Japanese Breakfast‘s third album, Jubilee, which was her way of turning the page and moving on from the grief and sadness that consumed her these past seven years. But instead of focusing on herself, she’s created fascinating stories with relatable characters. The absolute bop of “Be Sweet” saw her take on infidelity and revenge. The lush, ethereal “Posing in Bondage” recounted two people’s longing for another and the extremes they would go to appease them. If these two songs sound a bit heinous in their theme, wait until you hear the story behind “Savage Good Boy”.

Zauner dives into straightforward indie pop-rock on this infectious, sweltering, and clever number. With toe-tapping rhythms and a melody that feels like a refreshing Pacific breeze, the Philadelphia-based, multi-hyphenate artist heads underground and to the places where rich men coax innocent young women. She adopts the persona of an over-sexed, middle-aged billionaire, who tries to woo a young woman into his zombie-proof bunker. Her lyrics are witty, entertaining, and even a bit uncomfortable, and the ability to create such conflicting emotions is the sign of a great artist.

Jubilee is out June 4th on Dead Oceans. Pre-orders and pre-saves are available from Bandcamp. Zauner will be taking Japanese Breakfast on tour this summer and fall, and dates and locations are available on her website below.

When discussing who are the great songwriters of the past decade, Lucy Dacus‘ name always comes up in our conversations. She’s released not one, but two outstanding albums, and both – No Burden and Historian – were among our favorite albums of 2016 and 2018, respectively. And she just turned 26-years old. By the time she calls it a career, she could reach iconic status like Dylan and Holiday, Mitchell and Guthrie. “Hot & Heavy” and “Thumbs” were steps toward that direction while “VBS” accelerates her path to this inevitable height.

The song possesses the raw emotion and brilliant songwriting that made us gravitate to Dacus’ music in the first place. With a methodical indie-rock approach, she recalls the days she spent at “vacation bible school” (or VBS), where she passed away several summers. In this case, 2007 is the setting, and she recalls the constant worshiping and indoctrination.

“In the evening everybody went to worship and weep
Hands above our heads, reaching for God
Back in the cabin, snorting nutmeg in your bunk bed
You were waiting for a revelation of your own”

But what sticks mostly in her mind is the contradictions of the place and its inhabitants. Dacus’ superior songwriting comes to the forefront when she shares her observations of a friend’s parents and their dysfunction.

The young woman is more than just an incredible talent. She’s a living icon, and her status will be cemented when her new album, Home Video, is released June 25th on Matador Records. Pre-orders are available here and directly on Bandcamp.

Holly Humberstone – “The Walls Are Way Too Thin” (London via Grantham, England)

Holly Humberstone has experienced an incredible rise from YouTube sensation to opening for Lewis Calpaldi to being recognized as one of the UK’s most gifted singer-songwriters. While many artists her age would start to take shortcuts with their songwriting in order to widen their mainstream appeal, the 21-year old has gone in the opposite direction. Her songwriting has become even better, which is saying a lot considering every song she’s released has been spectacular, including “Haunted House”, “Overkill”, “Deep End”, and “Falling Asleep at the Wheel”. If she continues in this direction, she will have staying power.

What also makes her an Artist to Watch is that she keeps everything real. She still controls her social media, she interacts with her fans, and she tells stories to which we can all can relate. She makes us feel that her songs are about us as well as her, so when she’s getting cut up and bruised while crawling through the air vents for the video to her newest single, “The Walls Are Way Too Thin”, we feel them. We feel her physical and emotional pain.

Although the pop-rock approach feels warm and blissful with the bubbling synths and stuttering rhythms, beneath its surface is a woman fighting with herself. We feel the anxiety that consumes her and the claustrophobia closing in on her. We feel the desire to scream and to be freed of this self-imprisonment. With Humberstone leading the way, we will eventually find our way out.

The single is out via Darkroom/Interscope and Polydor Records. Humberstone’s new EP is expected later this year.

Looking at a picture of new-ish indie-rock band, Wednesday, its five members look like they’re barely old enough to vote let alone legally order a drink in the US. Whatever their age may be, the Karly Hartzman-fronted and -founded outfit are ones to pay strict attention to because they’re going places. Their sound is unquestionably nostalgic, channeling the college radio scene of the late ’90s and early ’00s, but in this digital era their power guitar riffs and thunderous rhythms are refreshing. They’re making rock sound cool again, like they do with “Handsome Man”.

This belter is made to be heard loudly, so that all your neighbors can join you in thrashing your heads and pulling off iconic air-guitar poses. We even think that Curt Kobain and Chris Cornell would have been rocking out to this tune while the band opened for their legendary bands. Through the grunge-laden noise, Hartzman fires off a series of what appear at first to be incoherent thoughts.

But then upon closer examination, her lyrics reflect the chaos and contradictions of the world. Nothing really makes sense these days, where people will say one thing and do the other. For instance, they will argue against immigration (the kid with the crossbow), but then take a trip to Japan or eat sushi that night. Go figure.

The band’s new album, Twin Plagues, is out August 13th via Orindal Records. Pre-order it at the label’s store or on Bandcamp. This should be one rocking record.

Last week, one of the great little alt-folk records was released. Most may have missed it, but there is still time to hear it. And in the process discover Mia Porter.

At 30 years old, most would consider Porter a late-bloomer, but creating music as sublime as what she’s done on okay takes years to cultivate. Each of the record’s five tracks is meticulously composed, and they move from a gentle ebb (“woman”) to hypnotizing (“pivot”). Then there is “daisies”, which is the equivalent of an enchanting mystery.

Its arrangement is delicate yet mesmerizing, sounding like a composition Toro y Moi would create for an Aldous Harding song. Porter’s warbling vocal delivery is akin to the famed New Zealander’s approach, where each subtle shift leads one further down the song’s proverbial rabbit hole. Or is the destination six feet under? As if inspired by Edgar Allan Poe’s poem, The Raven, Porter poetically sings:

Porter’s excellent debut EP, okay, is available for purchase or streaming here or head to Bandcamp to pick it up.

While we don’t always share covers, it is Throwback Thursday, so we decided to rewind the clocks a bit with a massive assist from Maria Maita-Keppeler, who is known simply as Maita. The Portland-based artist is a Pacific Northwest favorite, as evidenced by her being signed to awesome indie label Kill Rock Stars. Her 2020 album, Best Wishes, was an underrated gem that kept the region’s alternative roots fresh and alive. She continues to do her part in ensuring grunge never disappears with her cover of the Nirvana classic, “Dumb”.

Do we dare say this version is better than the original? We might not go that far, but Maita’s rendition is striking. The subdued beginning with Maita’s delicate vocal delivery is simultaneously alluring yet gritty. But like the original, the song then explodes. The guitars snarl, the rhythms pound, and the cello blooms in the background. All the while just like Kurt Cobain did nearly 20 years ago, Maita never loses control. Instead, her stoic approach adds to the song’s theme of being physically present but emotionally and psychologically distant. We think Cobain is nodding in approval somewhere out there.

Charlotte Mary O’Connor – a.k.a. Charlotte OC – is more known for her electro-pop and soul music. Her songs generally get people out of their seats and dancing or in a state of delirium. She often could be depended on to provide us with a momentary escape. She was our therapy following a tough day. For her newest single, however, she is the one grieving and seeking to be consoled. She does it the only she knows – to sing about it and share her loss on “Inevitable”.

This beautiful, yet raw song is an homage to her father, who recently passed away. There are no filters, no special effects, and not even a sound engineer or producer. The song is just O’Connor, her guitar, some keys, a second guitar, a couple of amps, and a microphone. This stripped-back approach allows the emotion in O’Connor’s brittle voice and words to shine. It allows O’Connor to grieve, and we’re sitting next to her offering whatever support we can.

“To love and lose is inevitable
But to truly love someone, you have to lose it all
Await the news you don’t wanna hear
I already miss you even though you’re here”

The song is taken from O’Connor’s forthcoming sophomore album, Here Comes Trouble, which is scheduled for October. 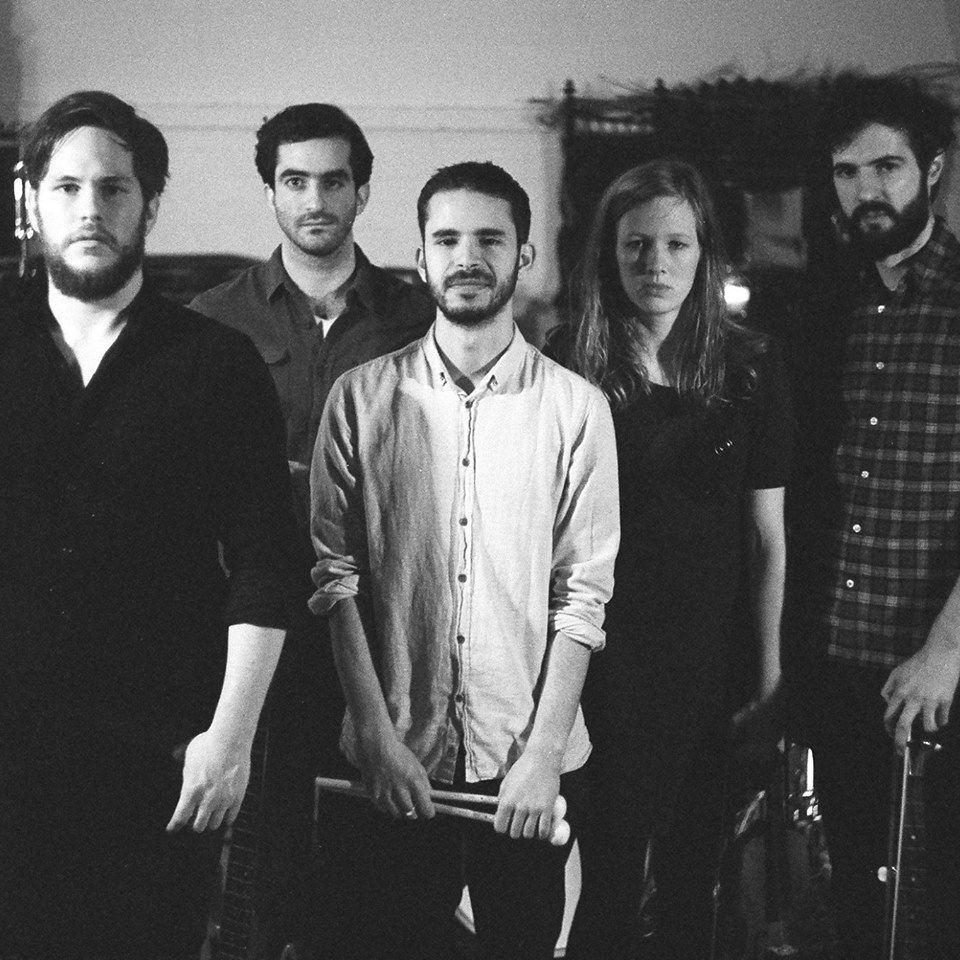 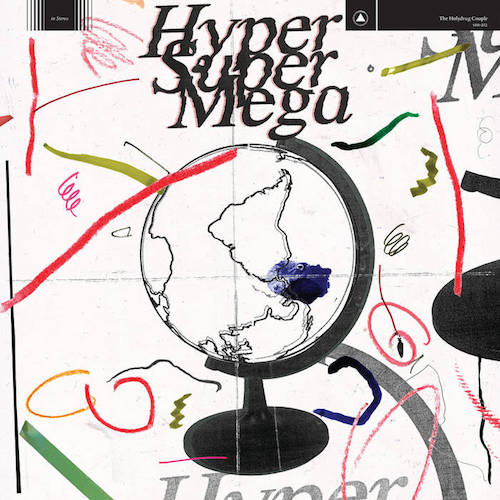